Who's to blame for the $55,000 potato salad Kickstarter, in one map

Share All sharing options for: Who's to blame for the $55,000 potato salad Kickstarter, in one map

This map does not explain how a guy in Ohio used Kickstarter to raise almost $55,500 to make some potato salad. Nothing can really explain that.

But Kickstarter is trying, with a blog post wrapping up the 4.1-million-pageview phenomenon, which ended Saturday. The crowdfunding platform offers up this map of where pledges came from: 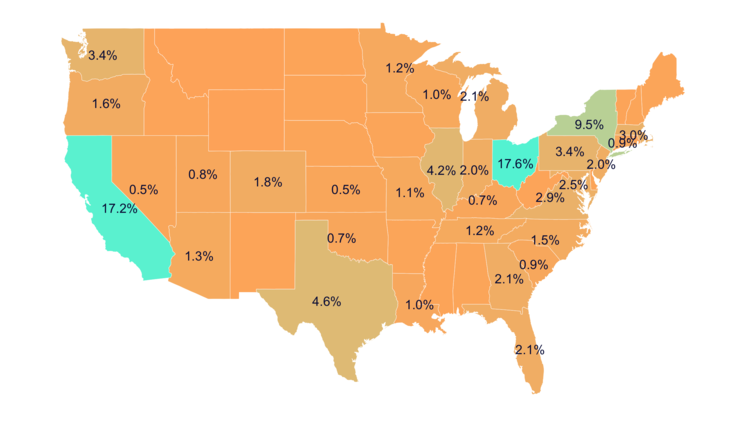 Ohio is potato salad impresario Zack Brown's home state, where he plans to throw a party with some of the Kickstarter money, so that support makes a little sense (at least as much sense as anything makes in this weird summer internet inside joke). Otherwise, you can thank California and Texas for the $55,000 potato salad.

No details on the 21 people — or heroes, depending on your potato salad stance — who pledged more than $110 to this project.