Why the president becomes more powerful when Congress fails

Share All sharing options for: Why the president becomes more powerful when Congress fails

I'm going to be a bad pundit for a second and confess uncertainty: I don't know what I think of President Obama's rumored executive action to lift the deportation threat against millions of unauthorized immigrants. It could be a perfectly sensible policy or a worryingly undemocratic one. But since there are literally no public details about what it is or even whether it will happen it's hard to make a call. (On a related note, I also don't know what I think of the iPhone 9.)

That said, I want to make a broader point about Ross Douthat's column calling it "lawless, reckless, a leap into the antidemocratic dark."

Douthat may, depending on the details of the policy, be right that Obama intends to push presidential authority beyond where it should properly go. But he skips too lightly over the role congressional dysfunction plays in empowering the executive branch. "Incompetence and gridlock are significant problems, indeed severe ones, but they're happening within the context of a constitutional system that allows for — and can survive — congressional inaction," he says.

That's true, so far as it goes. But one way the system survives congressional action is that power flows to non-congressional branches. When Congress does less the executive branch, the courts, and the Federal Reserve do more. Presidential overreach is partly a response to congressional dysfunction. 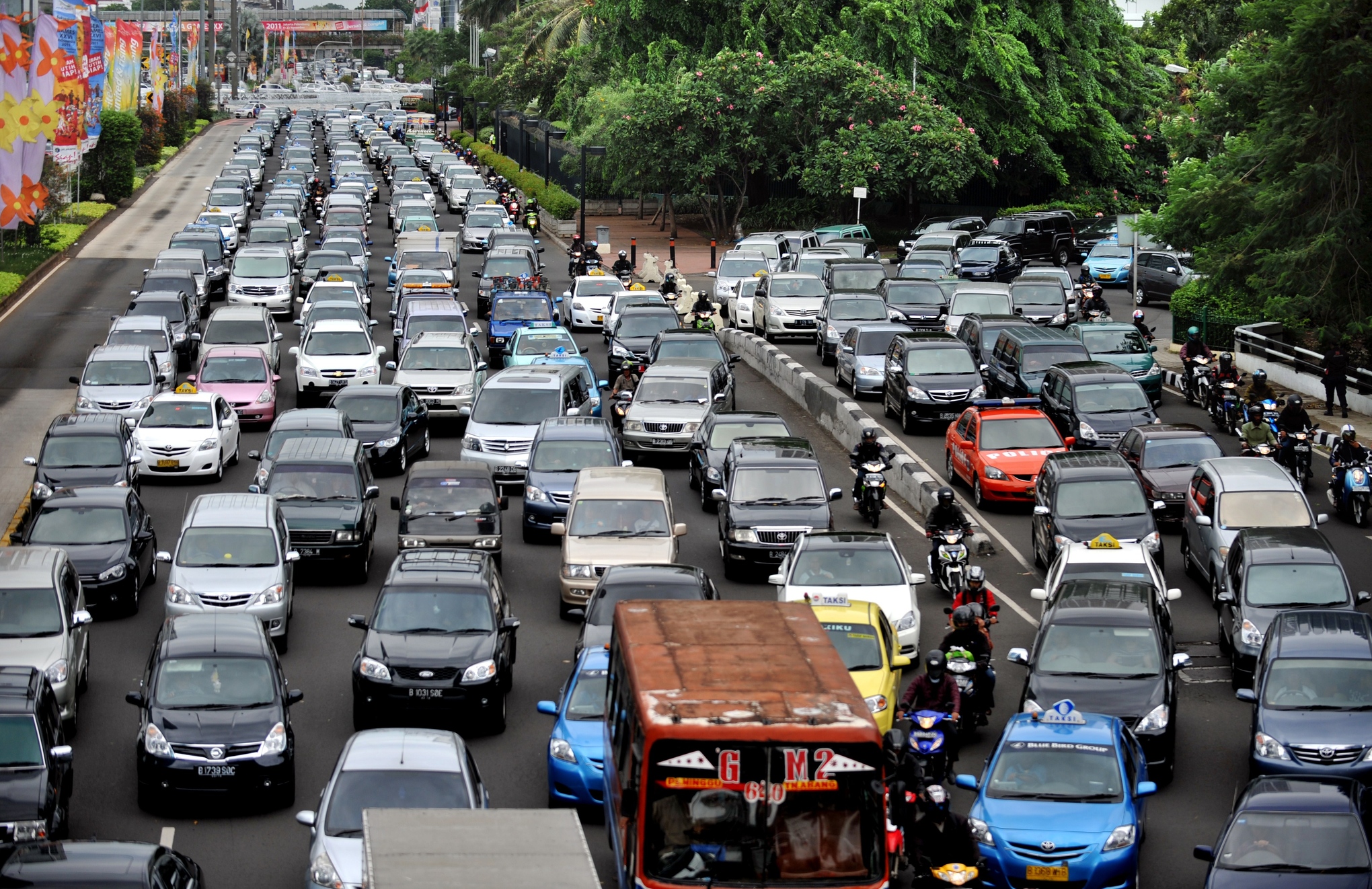 This is not the problem. (BAY ISMOYO/AFP/Getty Images)

We miss this basic fact of American politics in part because we've chosen a poor metaphor to describe congressional dysfunction: gridlock. As anyone who has tried to drive the Beltway at rush hour knows, gridlock is what happens when nothing moves. You just sit on the highway cursing your fate. But that's not what happens when Congress collapses into inaction. Instead, action takes the city streets.

Which is not to say it's good when power flows away from Congress. The legislative branch is more democratic, more accountable, and more powerful than the other branches of government. The Supreme Court can strike down laws but it typically can't fix them. The Federal Reserve can make money cheap but it can't use that cheap money to build roads. The EPA can regulate carbon emissions but it can't price them. The president can lift the threat of deportations — or even pardon unauthorized immigrants — but he can't create a real legal status. When Congress falls into dysfunction the federal government's actions become more convoluted, more bureaucratic, and less efficient. There's a reason people prefer highways to city streets.

And there are, of course, real dangers to the president repeatedly stretching his powers. Conservative critics go too far when they pretend that Obama's actions are unprecedented. President Jimmy Carter, for instance, unilaterally pardoned hundreds of thousands of draft dodgers — an action more extreme than anything Obama is said to be considering. At the same time, there do need to be limits on the president's ability to win policy fights by selectively enforcing laws. Liberals should consider Yuval Levin's hypothetical:

Let's imagine that a Republican wins the presidency in 2016, and that Republicans have a majority in the House while Democrats have a majority in the Senate. And let's say the president and House Republicans try to lower everyone's personal income-tax rates by 10 percent. The House manages to pass a bill to enact such an across-the-board cut, but Senate Democrats kill it. And let's imagine that the president then proceeds to announce that, given how helpful he believes his preferred course of action would be to the economy, he will just implement the rate cut himself: His administration will not enforce any legal penalties against people in the 35 percent bracket who only pay a 25 percent tax on their incomes, people in the 25 percent bracket who only pay 15 percent, and so on.

That's far-fetched, but it's easy to imagine more modest applications of the same idea.

Congressional dysfunction doesn't justify any particular executive action. But it should worry both liberals and conservatives who fear the steady expansion of the president's powers. Congress is going to be divided for a long time. Even as demographic changes make it easier for Democrats to win presidential elections, geography and redistricting make it nearly certain Republicans will hold the House well into the next decade. The result is that this kind of bitterly polarized, utterly ineffective, wildly unpopular Congress is likely to be the norm.

The less Congress is able to do, the more that other power centers in the government will feel they need to do. The system will survive congressional inaction, but it will survive it in part by leaping into the antidemocratic dark.