How to stop the Ebola outbreak

Share All sharing options for: How to stop the Ebola outbreak

We know that Ebola outbreaks can be stopped — public-health officials have stopped them in the past. So how can they stem the current disaster unfolding in West Africa?

By and large, experts understand what broad steps they need to take to contain the disease. The biggest problem to date is that, in West Africa, authorities lack the financial resources and human power to mount an effective response. On top of that, cultural factors have complicated the situation and led to mistrust of health-care workers.

EXPERTS KNOW HOW TO STOP EBOLA, BUT LACK RESOURCES

So far, the World Health Organization (WHO) has estimated more than 1,600 cases of Ebola and 800 deaths, centered in Guinea, Liberia, and Sierra Leone. These countries are some of the poorest on Earth and cannot control the outbreak by themselves.

Outside organizations, such as Doctors Without Borders and the International Federation of Red Cross and Red Crescent Societies have been doing the best that they can. And on July 31, the WHO announced a $100 million push to get hundreds more people on the ground in these countries.

But even that might not be enough, argued Michael Osterholm, director of the Center for Infectious Disease Research and Policy at the University of Minnesota. In a recent piece for the Washington Post, he suggested that countries like the United States, France, and Canada need to start sending many more people:

The G-7 nations — the United States, Canada, Germany, Britain, France, Italy and Japan — must immediately mobilize and deploy hundreds of infectious-disease experts, along with medical and technical assets to map the epidemic. Hundreds more personnel will be needed to establish treatment centers and to work with local leaders and educators to help people learn how to stop virus transmission.

No matter where help comes from or how fast it arrives, the road ahead will be challenging. "It's not going to be quick or easy.  Even in a best case scenario, it could take three to six months or more," said Centers for Disease Control and Prevention director Tom Frieden in a press conference.

Still, it is possible to stop the outbreak. Here's the general outline of what would need to be done:

1) First, find all the Ebola patients 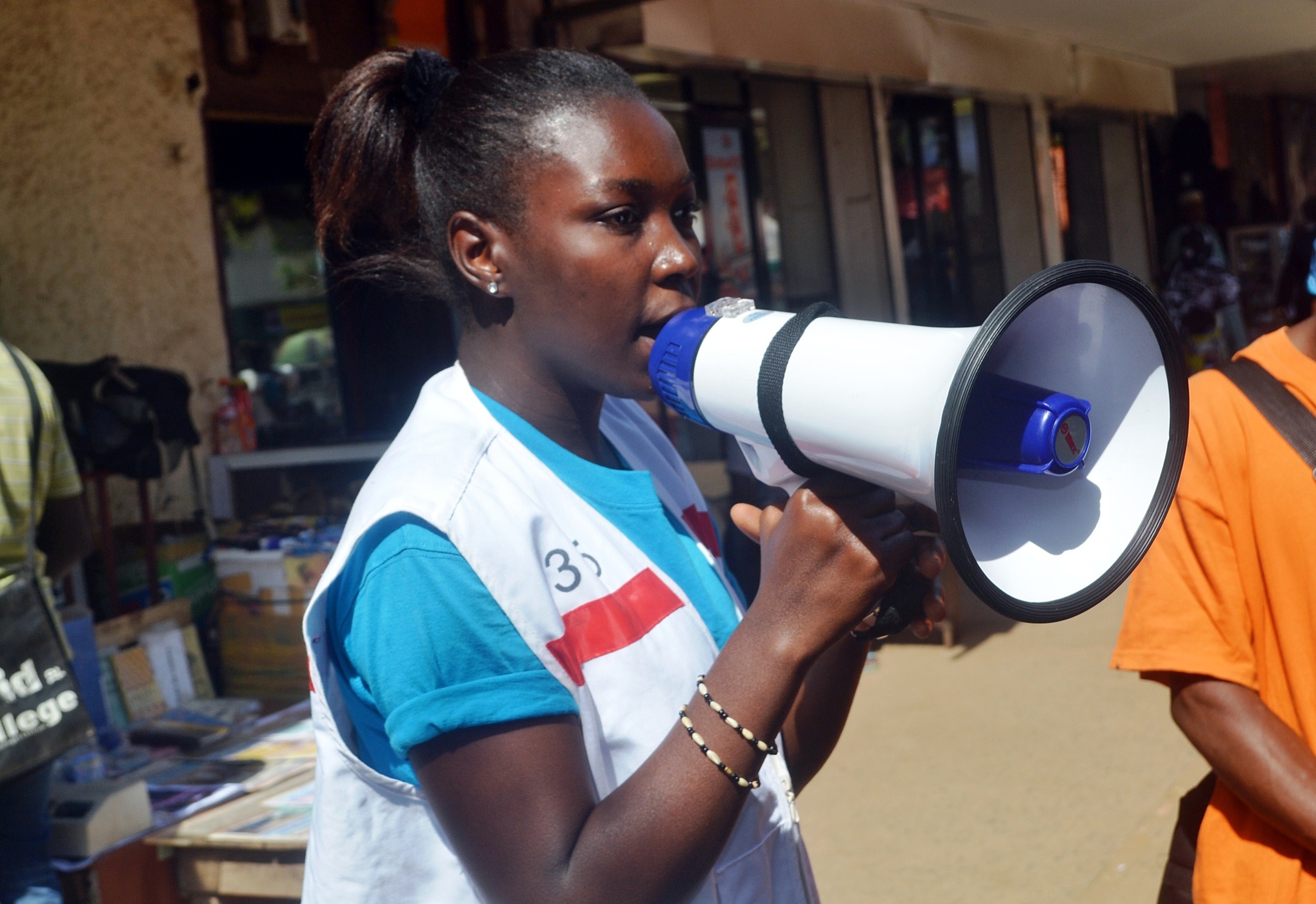 A member of the Guinean Red Cross uses a megaphone to give information concerning the Ebola virus during an awareness campaign in Guinea. (Cellou Binani/AFP via Getty Images)

The crucial first step is to identify everyone who's actually been infected with Ebola so that they can be isolated and get medical treatment.

The public needs to learn to recognize Ebola

That's easier said than done, though. For starters, the broader public needs to be educated enough about the disease to recognize it. That means knowing that if a friend or family member has symptoms that look similar to malaria or a diarrheal disease, it might actually be Ebola.

And, in West Africa, there's still not enough widespread knowledge about Ebola — in part because this is the first time that the disease has occurred in this region. "The biggest risk is the lack of awareness," a spokesperson for the International Federation of Red Cross and Red Crescent Societies told me.

It won't be easy to change that. Ebola is spreading in both cities and rural villages in these three countries, and about half of adults are illiterate. That means just fliers or emails aren't going to cut it. Educating everyone about Ebola will require human messengers to go into individual communities, including some in very remote areas.

2) Next, find everyone that patients have been in contact with 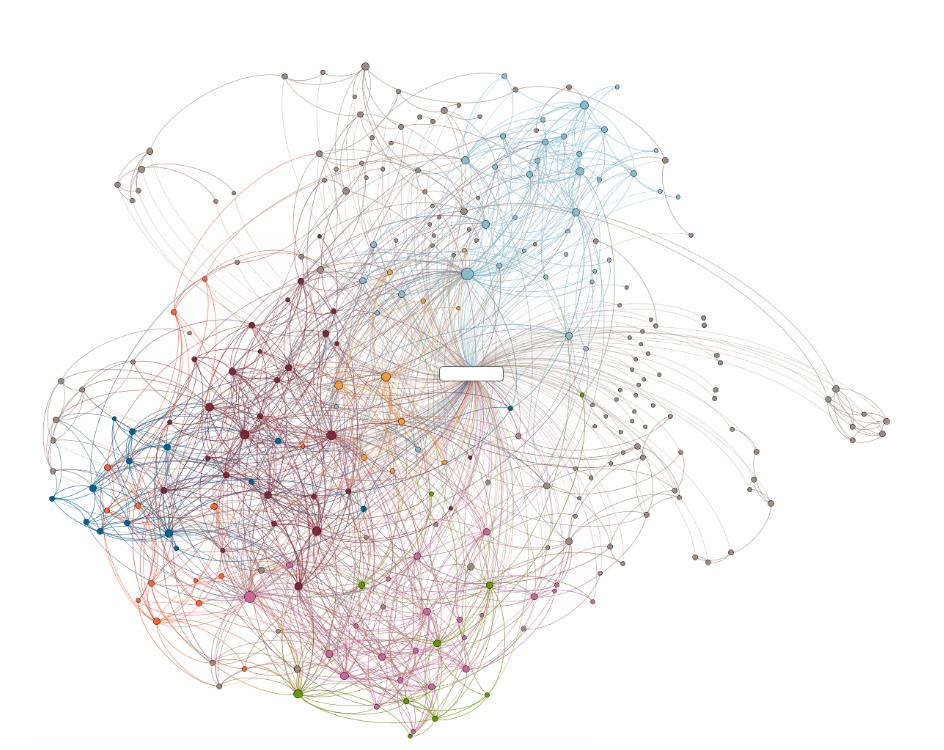 People must find everyone who the Ebola patients have been in close contact with and monitor them for signs of infection. This is critical to containing the outbreak — letting just one unidentified patient slip free can start a new flare-up of cases.

But tracking all of these people in West Africa has been difficult given Ebola's wide geographic spread. What's more, this kind of detective work takes a lot of human power, and there simply haven't been enough boots on the ground so far.

That means this is another area in which the biggest need is simply to deploy more people — more workers specifically trained to investigate these networks of contacts and monitor everyone for fevers. (The contacts need to be monitored for 21 days — since that's how long Ebola can incubate in someone before symptoms show up.)

3) Let health-care workers do their jobs 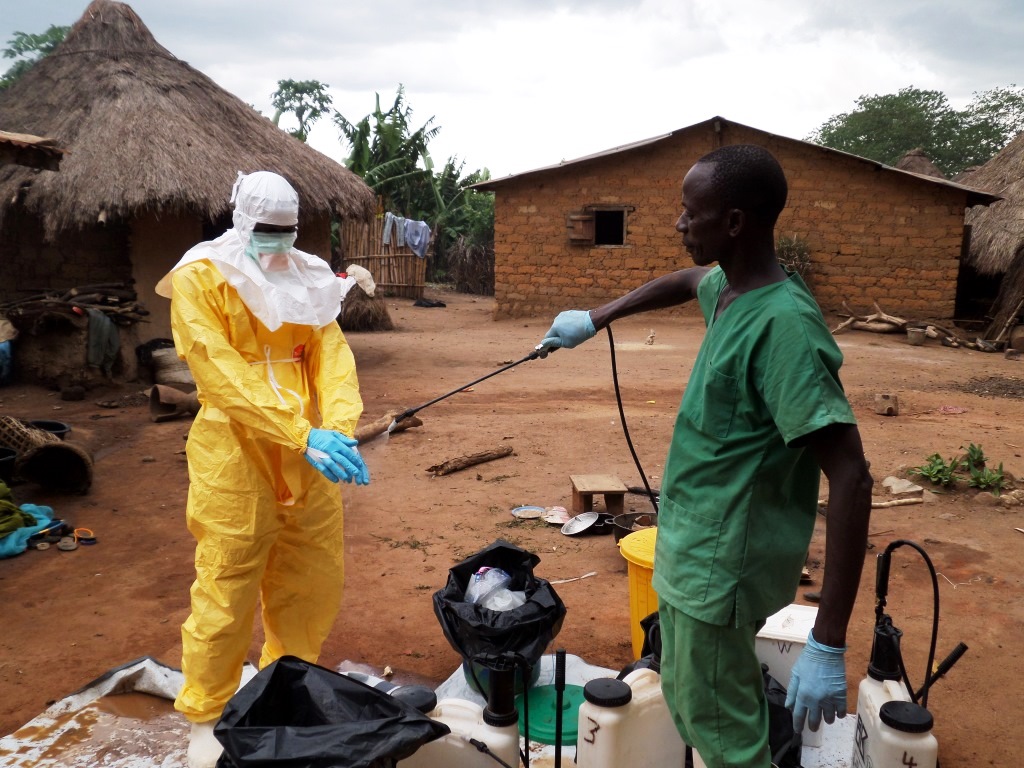 About 40 percent of people who contract Ebola have survived during the current outbreak. And it's likely that even more would survive if they had better access to health care.

In West Africa, however, there still aren't enough health care workers to go around. "It is believed that people are still dying in their villages without access to medical care," says a Doctors Without Borders statement released on August 1. More health-care workers are needed on the front lines. That will take extra resources and money.

But there's another complicating factor at work here: Even when health-care workers are present, some are facing sharp resistance. This particular region of West Africa has a history of civil wars and poor governance — all of which have helped foster mistrust between communities and health-care workers. Health workers have been threatened with violence in some areas and have had to pull out of some communities.

Fixing this problem is considerably difficult. Sierra Leone's government has declared a public emergency and has said that it will use military and police to enforce quarantines and accompany health workers, if necessary. Liberia has also said that it would use security forces to help implement its plans. These measures might aid health care workers in some places. But unless they're accompanied by large-scale public-education campaigns, they won't necessarily improve public attitudes about health care.

4) Isolate patients until they're not infectious 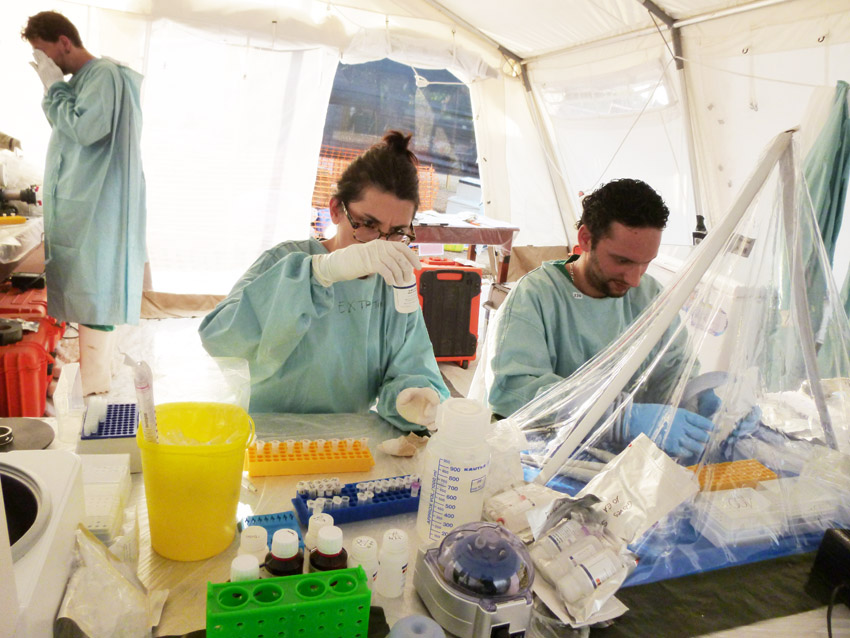 Patients with Ebola become infectious once they show symptoms — and at that point they need to be isolated so they won't spread the virus to other people.

In West Africa, however, various cultural factors have made this step more difficult, hampering efforts to stop the outbreak. There have been many news reports of families hiding sick relatives from authorities and dozens of missing patients in Sierra Leone.

This is a question both of education and of access to Ebola lab tests. The US Centers for Disease Control and Prevention is one of several groups sending health communication experts into West African communities to try to address these kinds of problems. And health-care clinics need access to laboratory facilities to test if a patient has Ebola in the first place and later figure out when the patient is free from the disease and ok to go home. 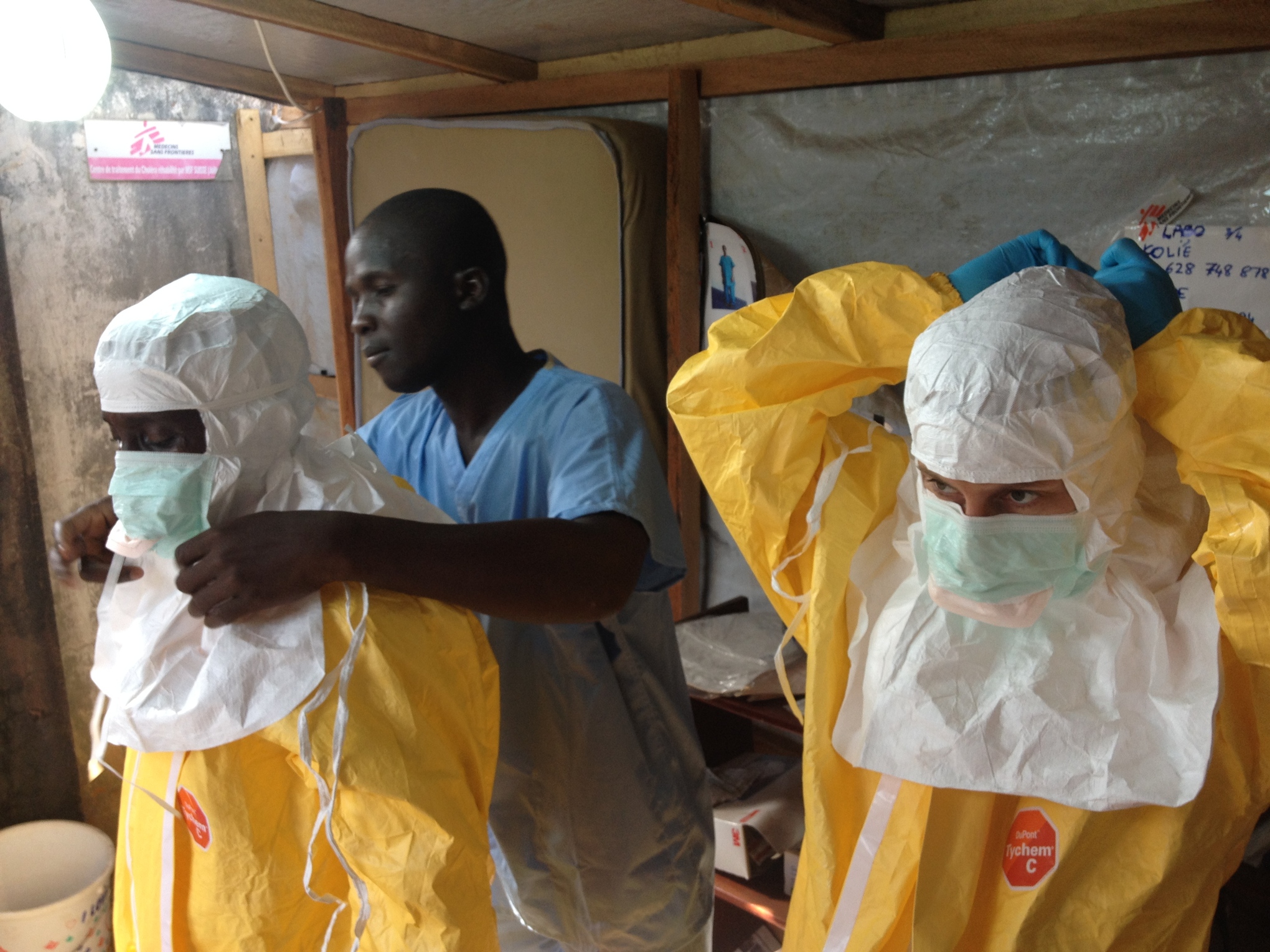 The methods to stop the transmission of Ebola are well known — health-care workers need to protect themselves from bodily fluids such as sweat, vomit, and diarrhea by using personal protective gear like gloves, gowns, goggles, and masks.

But at least 60 health-care workers have died from Ebola in this outbreak, according to the WHO. Some of those workers may have not even known that they were treating Ebola, or didn't have access to proper equipment, or didn't know how to protect themselves. (For more on this topic, read Julia Belluz's story on why so many health-care workers are dying.)

To fix this, more medical experts specifically trained in Ebola infection control need to be working in the region. And those experts, in turn, can train other health-care workers. What's more, health facilities need enough funding to provide personal safety gear. (Some gear, like protective suits, gets burned at the end of the day — so the longer the outbreak lasts, the more suits are needed.)

6) Stop the transmission of disease from dead bodies 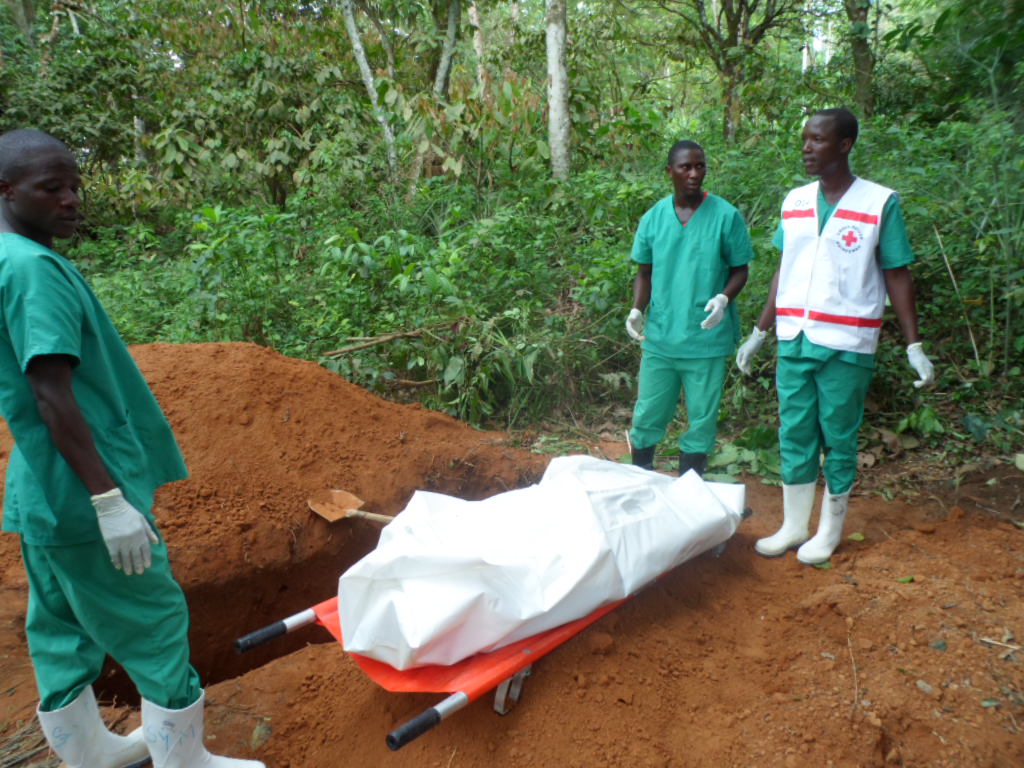 The corpses of Ebola patients can still transmit the virus through bodily fluids like sweat. This means that anyone touching a dead body should be using safety precautions such as gloves.

But in many parts of West Africa, this isn't being done. In some traditional burial practices, family members wash dead bodies by hand. That can help spread the disease.

This is an area in which education and culturally sensitive communication will be key. It's easy to imagine how banning certain traditional burial rites could actually worsen relations between public-health officials and communities. For example, in previous outbreaks in Uganda, health-care experts worked with families in a respectful way to modify burials and make them safe. (Liberia seems to be taking a different route and declared that all bodies of Ebola victims would be cremated.)

7) Educate people in nearby areas that don't yet have Ebola 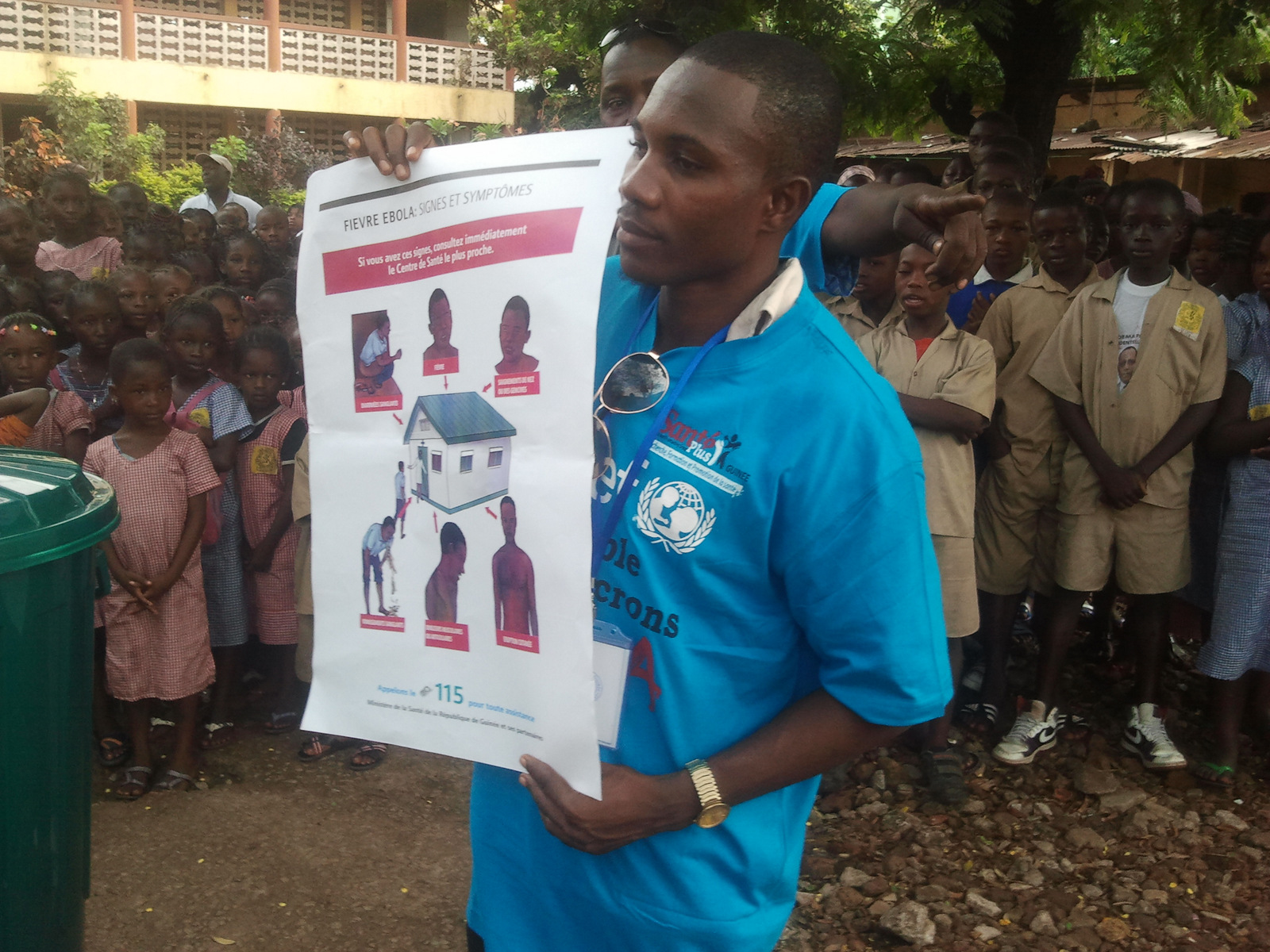 UNICEF and partners doing an education session in a school in Guinea. (UNICEF Guinea)

This is part of the plan for both the WHO and other organizations. For example, in addition to its work in Liberia, Guinea, and Sierra Leone, the International Federation of Red Cross and Red Crescent Societies has educational campaigns in Cote d’Ivoire, Mali, and Senegal — countries that have yet to have a single case of the disease. The idea here is to prepare those countries before the outbreak spreads there.

But the Red Cross is struggling with this task. "We need financial support and more additional human resources to fight the Ebola virus," a spokesperson wrote to me in an email on August 1. The organization said it was currently seeking $7.7 million for its various Ebola-related activities.