The Bachelor franchise is sexist and needs to go

Share All sharing options for: The Bachelor franchise is sexist and needs to go

The biggest faux pas on The Bachelor or the The Bachelorette is talking about sex — no matter how many kisses and steamy hot tub scenes are shown on screen. The popular ABC reality dating show franchise, in which a single man or woman is expected to find a spouse by dating 15 people simultaneously, is supposed to exist in a fantasy world where love stories can begin and end under the pretense of 1950s moral ideals.

This is one of the reasons why viewers freaked out when Nick Viall, a rejected suitor on the latest season of The Bachelorette, revealed that he and Bachelorette Andi Dorfman had sex. "If you weren't in love with me," Viall said during last week's reunion episode, which was watched by 7.5 million people, "I'm not sure why you made love to me."

Viall's comment about their night together in the Fantasy Suite is more than just a statement about how puritanical a show about love can be about sex. In the world of The Bachelorette, women dole out the roses, but men are the ones who make the rules, the ones who decide who should have sex and why, the ones who do the proposing, and the ones who get to question the actions of others. With one comment, Viall offered a prime example of the many ways in which the franchise is sexist. But it has been from the beginning.

The Bachelor has been sexist since the beginning

Before The Bachelor, there was a reality TV special on Fox called Who Wants to Marry a Millionaire. On the show, 50 women vied to marry a wealthy businessman on live TV. The two-hour show did end with a wedding, but it was quickly followed by both an annulment and a restraining order.  This was in 2000. Mike Fleiss, the executive producer, laid low for a few years until 2002, when he founded The Bachelor franchise.

Following the precedent set by Who Wants to Marry a Millionaire, this new show was built on the premise that women wanted to be married so badly that they were willing to go on TV to compete for the affections of a man they had never met and knew nothing about. "This franchise revived the idea that grown adult women in this century still want to imagine themselves to be 1900s princesses," Jennifer L. Pozner, the author of Reality Bites Back tells me. "That [women] don't want or have any professional or personal goals, that we don't want or have any sexual fantasies, and that men get to make all of the decisions."

Initially, critics and viewers called for a resolution to the obvious gender problems in the show by demanding a female lead. It was another year before Fleiss agreed to the idea, but shortly after the season took a three year  break. Viewers, he had said, didn't want to watch a woman in charge.

The birth of the Bachelorette 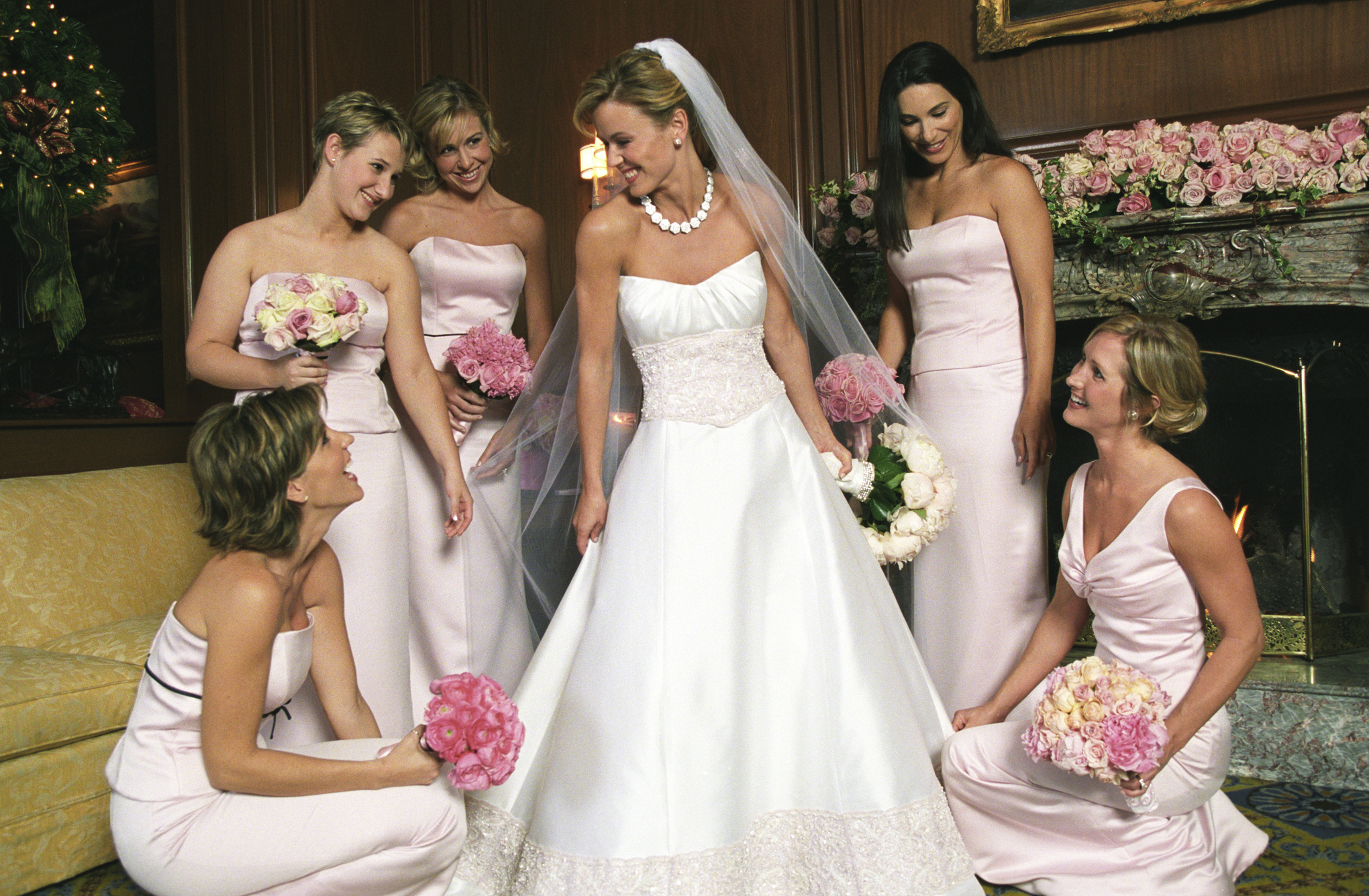 He was wrong. The first season of The Bachelorette premiered in 2003 with Trista Rehn as its star. Thirty million people watched her season finale. Like every woman who has been The Bachelorette since, Sutter was first a losing contestant on The Bachelor. She got a second chance at love, but only after millions of people had already watched her get rejected. Unlike the men, who, until 2008 when former contestant Jason Mesnick became the lead on the 13th season of The Bachelor, were newbies to the franchise, the Bachelorettes are always rejected Bachelor contestants. That sort of vulnerability and weakness, the show implied, was only attractive in women.

According to Fleiss, that's what makes good TV. "It's a lot of fun to watch girls crying," he told Entertainment Weekly. "Never underestimate the value of that."

The show is scripted to undermine women

As Fleiss told 20/20, the audience needs to "like the guy and hate the girl." The "reality" millions of Americans see is carefully constructed, so the "hate the girl" strategy can be easily manipulated — and it is. Producers create the same story every season: men have power and women don't. Even on The Bachelorette, where the women presumably have all the power to decide, she is as inactive as possible in her own decision. On every season of Bachelorette:

Past female contestants on the show admit that their dating life was hurt by their participation on the show, while the men say that they received a boost in popularity. "Nothing is real from the moment someone signs the contract," Pozner says. "In layman's terms, these [reality show] contracts basically say we can turn you into a fiction and you have no legal recourse." The problem is that the fiction the producers of the show are creating is one that positively impacts men and not women.

On the show, a woman's career is a liability 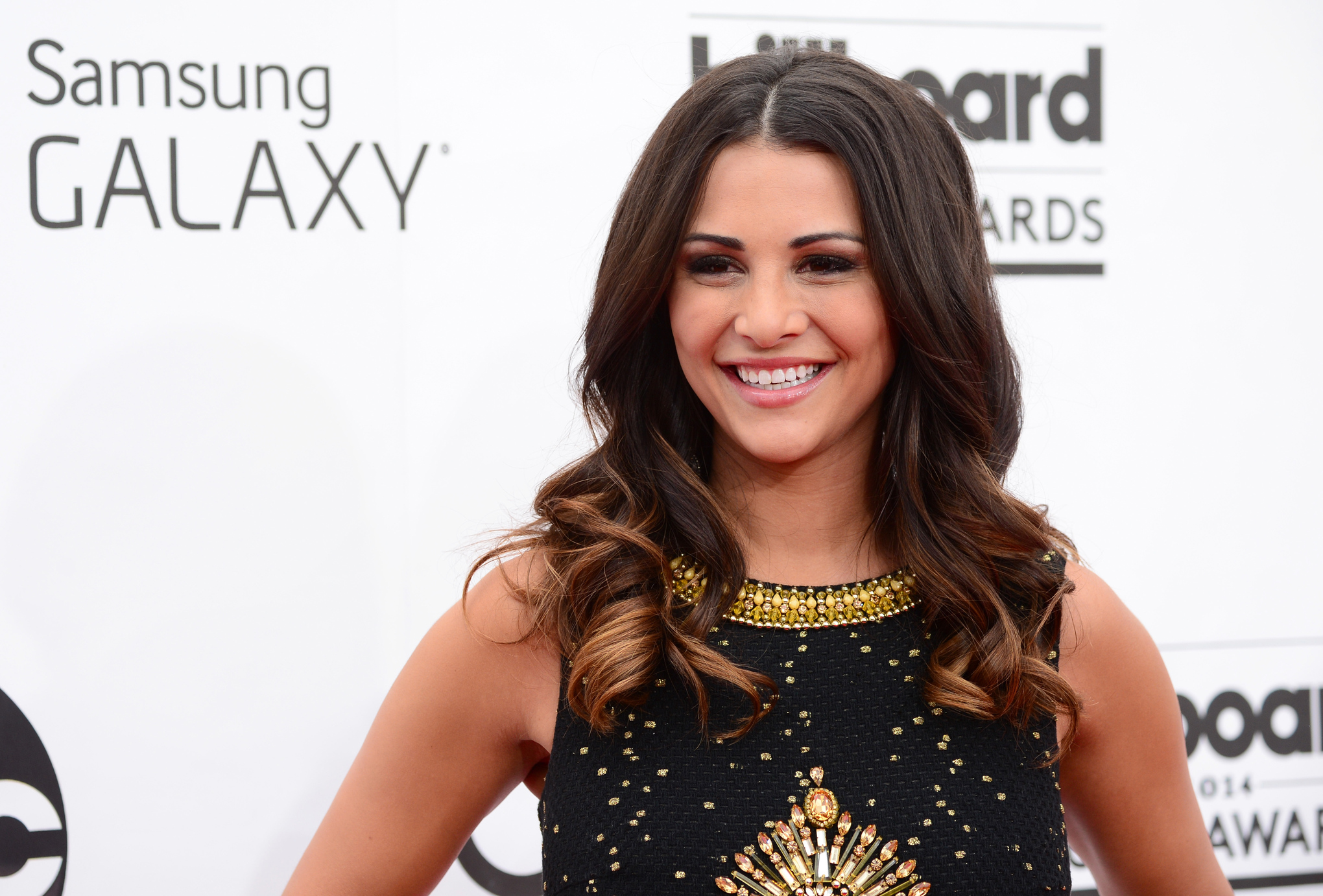 Andi Dorfman after the filming of The Bachelorette. (Frazer Harrison/Getty.)

Dorfman—cast as a progressive, career-driven woman—could have been the antidote to growing criticism of sexism and slut-shaming in the franchise. The ABC biography for Dorfman calls her "a beautiful and successful woman." Note the order there. It also mentions her career as a district attorney. But she left that job to find love, and "hopes that one day her own children will live in a beautiful world full of warmth and opportunity."

The show would have us believe that her ultimate job as a woman is to find love and raise children.

Dorfman is not the first woman on The Bachelorette to leave her job to find love. Alli Fedotowsky, who began her career on the franchise as a contestant on the 14th season of The Bachelor, left the show mid-way through because of her job at Facebook. She later called the Bachelor, on camera, to say that she had made a mistake. "There's the text of the show, what they're saying out loud and shoving in your face, " Pozner says, " and then there's the subtext, what they want you to get out of it." In the text of the show, we see both Dorfman and Fedotowsky leave jobs that they claim to adore to find a husband on a reality show — something the Bachelors never do. For Bachelorettes, a career is a hurdle to love.

This should be the final rose

The goal of the Bachelor franchise is to help people find true love, and for a few it has been successful. "There's never been a Bachelor divorce," producer Mike Fleiss told the New York Times, and he's right. But of after 27 seasons of The Bachelor and The Bachelorette, only six couples, including Dorfman and her pick, are still together. But the show's success rate is not the problem here.

The problem is that despite how entertaining this series is, it continues to perpetuate the myth that women need love more than anything else. "It paints a picture of America where the women's rights movement never existed," Pozner says. In the land of The Bachelor, happiness, goals, and hopes are dependent upon men. That's not empowering women, it's subjugating them.