The Islamic State, the Islamist group also known as ISIS that has taken over much of Syria and Iraq, seized the northeastern Lebanese town of Arsal over the weekend, as well as some Iraqi Kurdish towns. The group that was too vicious for al-Qaeda already controls a chunk of territory about the size of Belgium, so more expansion is troubling.

Still, while it's true that the group managed to attack and seize the Lebanese town, do not mistake this for a deliberate ISIS expansion into Lebanon — not yet anyway. The Islamist fighters ended up in Lebanon more by accident than by design. But that matters in its own right.

The story of how ISIS got into Lebanon begins just across border in Syria, along the Qalamoun Mountains range. The mountains had become a home base for a number of Syrian Islamist rebels, including from ISIS. Beginning around November 2013, the Syrian government and its allies in the militant Lebanese group Hezbollah launched a major offensive to root out the rebels there.

Here's a map of that fight: the purple line shows the Syria-Lebanon border, green shows rebel territory before the assault, pink is Syrian-government-controlled, and tan is Hezbollah. Also notice the dotted lines, which show the Syrian government advance over time. That's Arsal in the center-north, on the Lebanese site of the border: 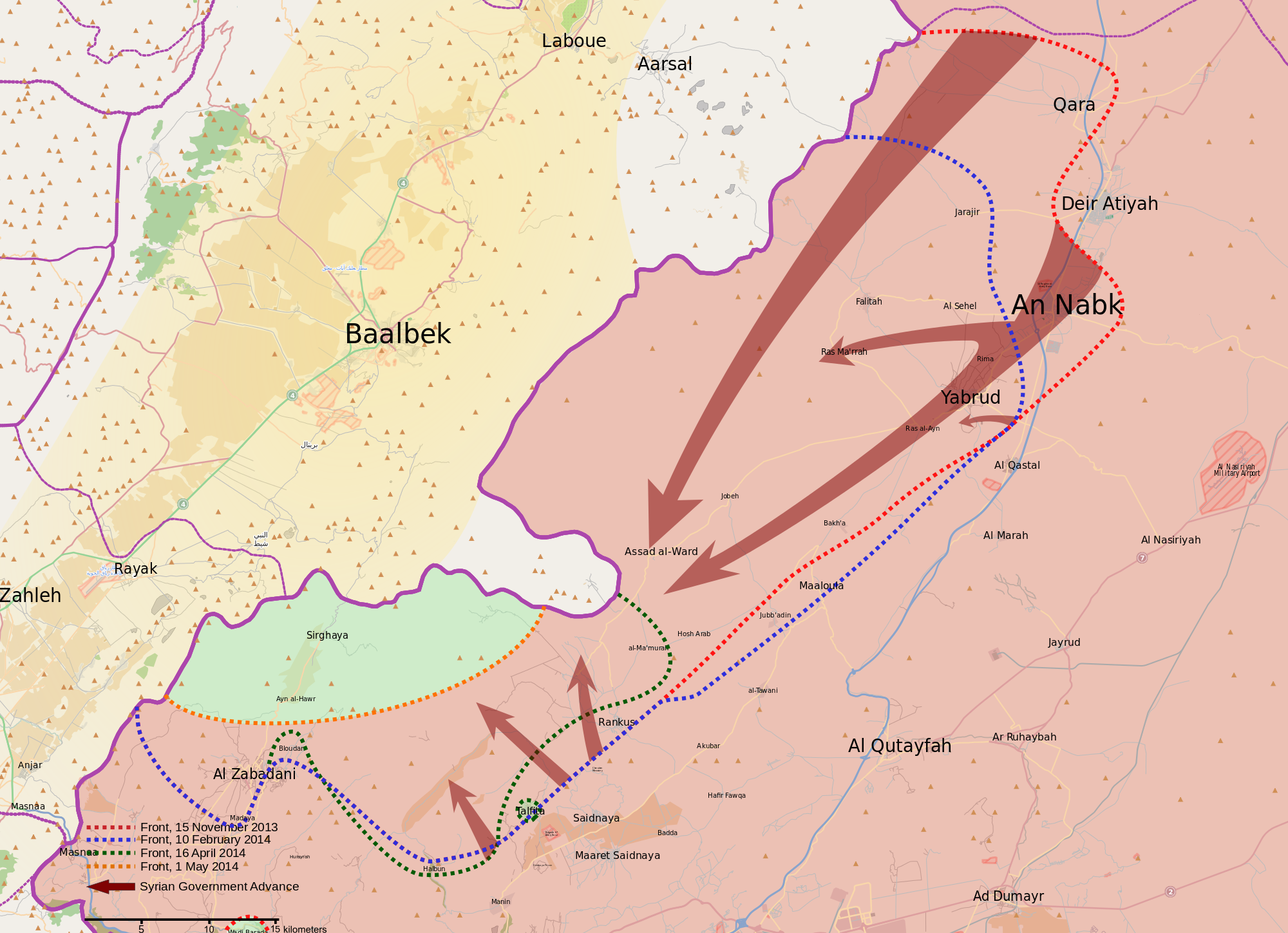 As you can see from the receding dotted lines, the Syrian government and Hezbollah pushed the rebels back considerably. Many of those rebels, mostly Sunni Islamists, ended up fleeing the government advance — into Lebanon.

"Many of the rebels who escaped that area went to Arsal," Phillip Smyth, a University of Maryland researcher who studies ISIS and Lebanese militias, told me. The Lebanese town also hosts about 100,000 civilian refugees who'd fled from Syria.

Hezbollah saw the influx of Sunni radicals into Arsal as a threat — and as evidence that it was right to intervene in Syria on the government's side. So the town matters a lot for the Lebanese militant group.

"Arsal has been the center of Hezbollah's narrative for what's going on in Lebanon and Syria," Smyth says. "They're saying there's too many rebels of the Salafi-Jihadi stripe and they're going to affect Lebanon."

At this point, ISIS fighters were in and around Arsal, but were mostly just taking refuge there — they hadn't seized it outright. But Hezbollah didn't feel it could tolerate an ISIS presence in the area, which is how things spiraled out of control.

The recent explosion was kicked off by an arrest in Lebanon 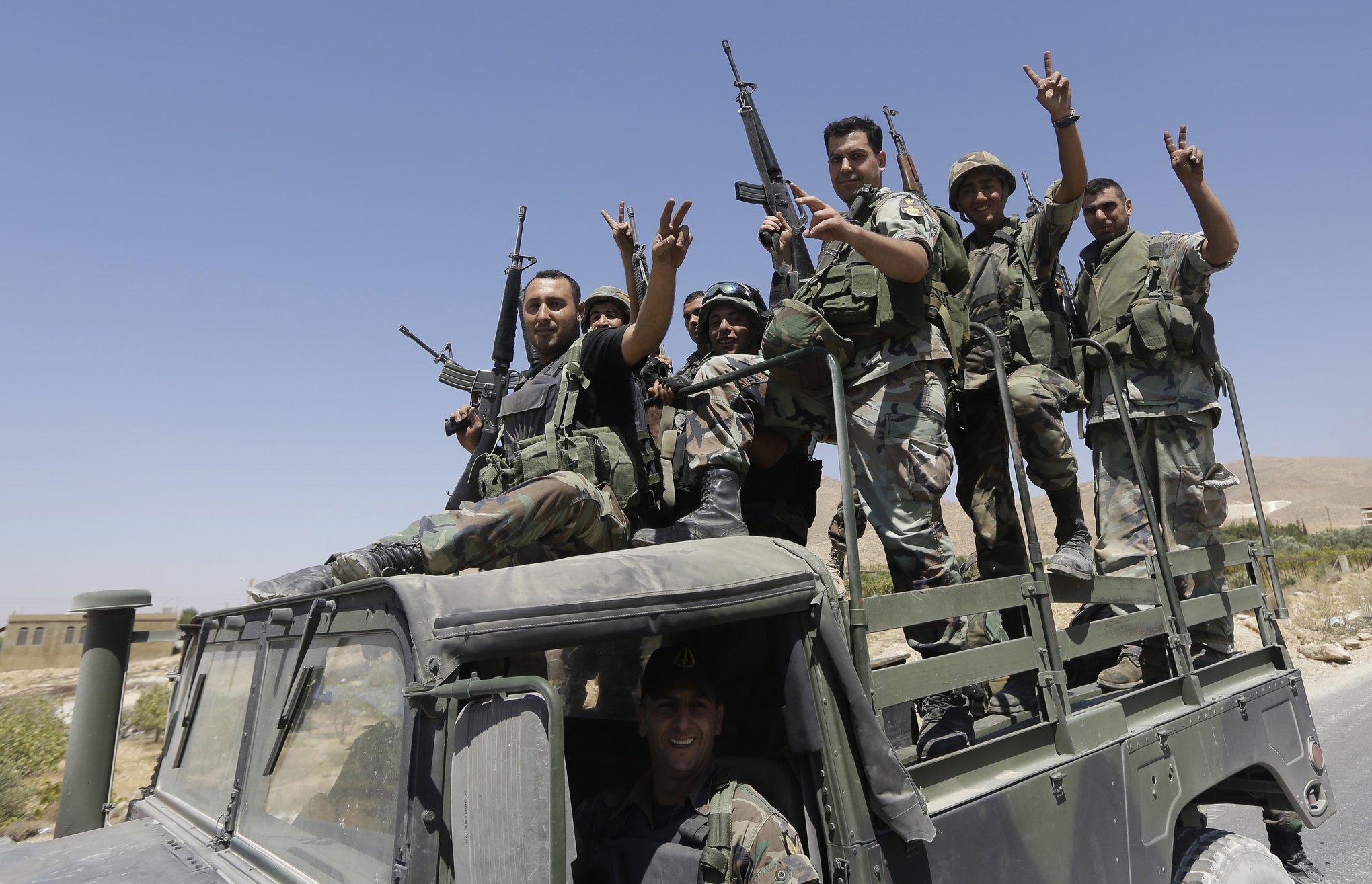 On Friday, Lebanese authorities in Arsal arrested a man named Imad Ahmad Jomaa. Jomaa is the leader of the Islamist militant group Fajr al-Islam, and is believed to be aligned either with Jabhat al-Nusra (essentially al-Qaeda in Syria) or ISIS. Regardless of which group he's pledged to, his arrest infuriated the ISIS and Nusra forces in the area. The two Islamist rebel groups, which don't normally get along, responded by seizing Arsal.

Hezbollah is both an independent militia movement and part of the Lebanese parliament's governing coalition (welcome to Lebanon!). Right now, they're siding with the Lebanese government forces against ISIS in Arsal, though the army appears to be taking point in the actual fighting.

"It's possible a lot of this was engineered, so there'd be some kind of blow-up in Arsal so Hezbollah and the Lebanese army could go there," Smyth says of the arrest that prompted the incident. "It creates kind of a grander narrative that says ‘Hezbollah is kind of protecting Lebanon against these fighters.'"

This is bad, but it doesn't signal a huge ISIS expansion into Lebanon

As you can see from this backstory, ISIS's actions in Arsal aren't part of a deliberate expansion of the caliphate into Lebanon. Rather, Lebanese forces picked a fight with ISIS fighters who'd been pushed out of Syria.

In purely geographic terms, this interpretation of the fighting makes more sense. This BBC map from late June shows ISIS-held territory. ISIS' so-called caliphate doesn't have any tendrils near the Lebanese border: 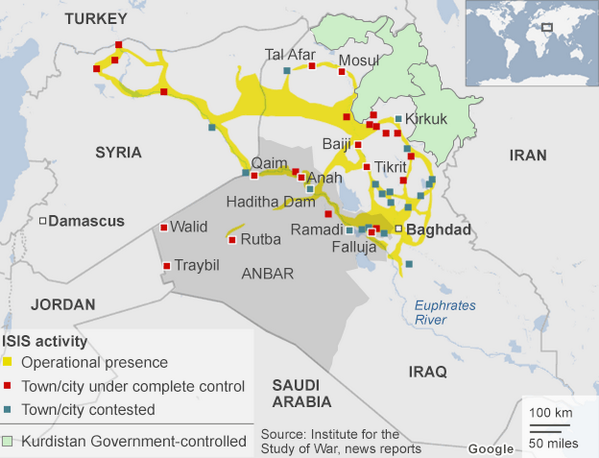 Lebanon, down near Damascus in the west, is really far from ISIS' bases in north-central Iraq and northern Syria. It would be very, very hard for ISIS control territory far away in Lebanon in the same way it controls the caliphate proper.

That said, ISIS' presence in Lebanon really could be destabilizing all the same. The Arsal fighting alone has already displaced 3,000 people and killed at least 11 Lebanese soldiers.

And while ISIS is not trying to seize territory in Lebanon outright (not yet, anyway), the group is ramping up terrorist attacks there. "They've been bombing things, trying to get cells in Tripoli [and] Damascus," Smyth says. "They've tried to use these different cells to bomb Iranian and Hezbollah targets there."

So the Arsal fighting is surely troubling. But it's definitely not evidence that ISIS is taking and holding serious amounts of territory in Lebanon.