This Korean exoskeleton will give you super-strength, steal your job

Share All sharing options for: This Korean exoskeleton will give you super-strength, steal your job

Exoskeletons bestowing super-strength on their wearer are a staple of science fiction battle scenes (see Pacific Rim, the Edge of Tomorrow, one of the horrible Matrix sequels etc.), but in the real world killing people from far away with missiles works just fine. A more likely real world use of such technology is this suit being developed by Daewoo for use in its shipyards. The New Scientist reports that they've tested a suit capable of running for three hours and, in prototype form, lets you lift 65-pound objects without straining.

The current suit isn't quite powerful enough to be practical technology but Gilwhoan Chu, who leads Daewoo's R&D efforts, says they're trying to get up to a 100 kilogram lifting capacity as their research target.

This is a useful reminder of how some big economic trends work. Over the weekend, I posted this map showing how manufacturing had gone from the dominant source of jobs in almost every state to a niche occupation. 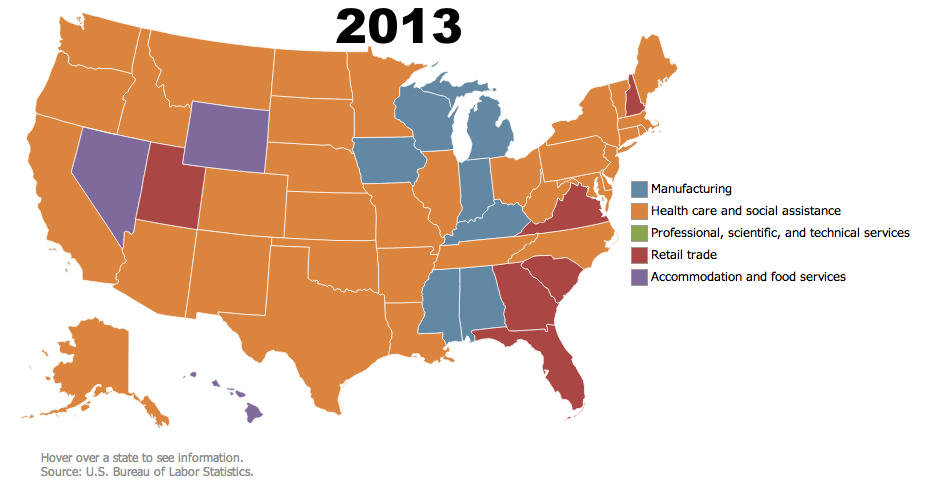 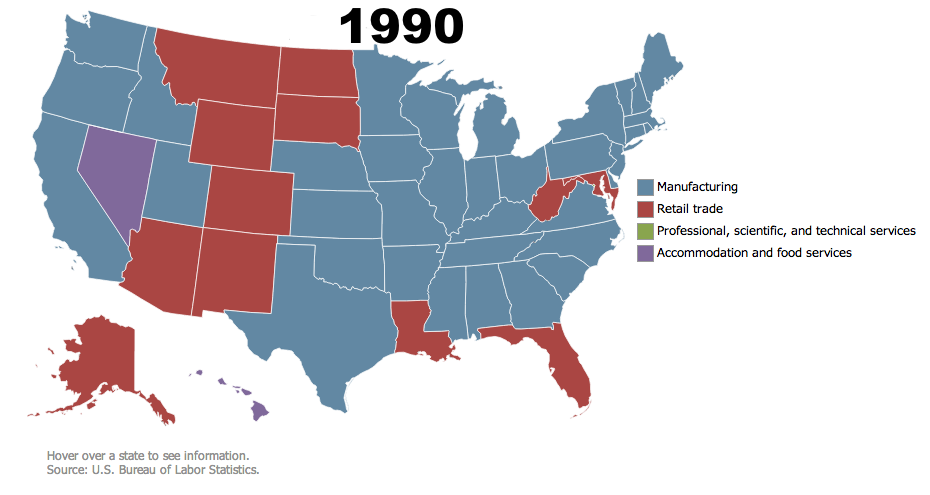 But it's important to note that despite the decline in manufacturing employment, America's industrial output is higher than it's ever been. The reason employment has fallen isn't that we don't make things here anymore, it's that we make slightly more things and we make them a lot more efficiently.

Sometimes when we get more efficient at making a product, demand for units surges and you get more jobs than ever. That's what's happened over the past ten years in the mobile phone industry. But it seems unlikely that more efficient shipbuilding methods are going to lead to a huge increase in the total number of giant ships the world demands. What will happen instead is that shipyards will be able to get by with smaller, machine-enhanced workforces and jobs will transition into other sectors that are less amenable to mechanization.