Things not do in anti-rape campaigns: blame the victim

Share All sharing options for: Things not do in anti-rape campaigns: blame the victim

The United Kingdom's National Health Service posted these flyers in hospitals and on college campuses as part of an anti-rape campaign called "Know Your Limits." 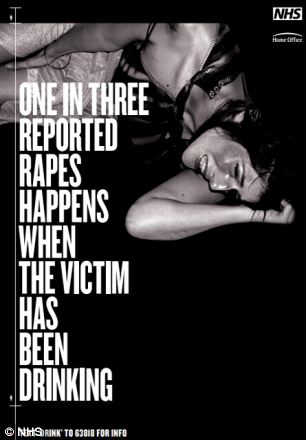 Unsurprisingly, the posters have been met with outrage, as they pretty much shift the blame onto rape victims who have been drinking. This edited version of the poster, by a British blogger with the Twitter handle neverjessie, captures the reaction near perfectly. 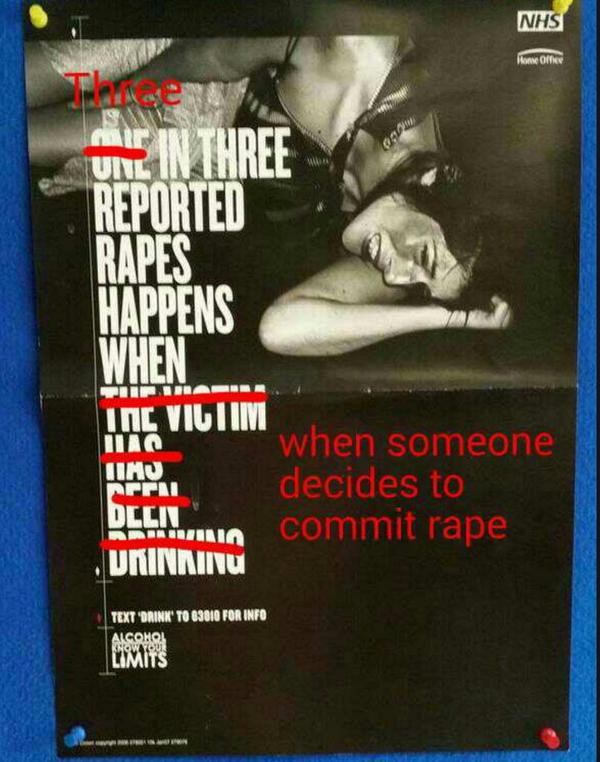