Revenge of the conservative nerds

Share All sharing options for: Revenge of the conservative nerds

The article begins by accusing a number of writers, broadcasters, politicians and scientists (including myself, Matt Yglesias and Dylan Matthews; as well as Neil deGrasse Tyson and Al Gore) of being faux-nerds: "Theirs is the nerd-dom of Star Wars, not Star Trek; of Mario Kart and not World of Warcraft; of the latest X-Men movie rather than the comics themselves."

Yglesias defends himself against the scurrilous accusation that he's not a a true trekkie here. And anyone who doubts Matthews' nerd credentials has never met him. Still, I'll cop to some of the charges: I prefer Mario Kart to World of Warcraft and have little patience for either Star Trek or Star Wars. My knowledge of old X-Men comics, however, is embarrassingly complete (and let's not get started on X-Force). 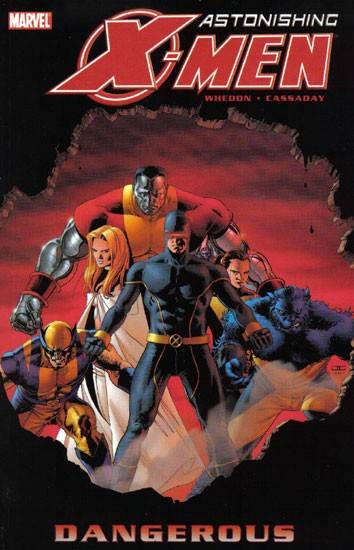 Nerd-offs aside, Cooke's essay, though putatively about progressivism, is an interesting window into the state of contemporary conservatism. The old conservative critique of nerds — or, to be more precise about it, technocrats and intellectuals — was that their approach to knowledge was fundamentally flawed.

"I would rather be governed by the first 2,000 people in the Boston telephone directory than by the 2,000 people on the faculty of Harvard University," William F. Buckley, the founder of The National Review, famously said. (I admit the data here is poor, but I would guess that the Boston telephone directory tilts towards Star Wars while the Harvard faculty favors Star Trek.)

Yuval Levin, one of conservatism's foremost thinkers, has argued that America's two political traditions are rooted in this debate.

He's written a book about the arguments between Edmund Burke and Thomas Paine, which he frames as a disagreement about what we can know in society, with Burke prizing "social knowledge" and Paine prizing "technical knowledge." Conservatism, he's argued, emerges from the Burkean tradition: it is skeptical of what the nerds can know and reverent of what the common man has learned — that's where you get Buckley's quote, for instance. Liberalism, he says, is just the reverse.

these are not the nerds you're looking for

"Sorry, America," he concludes. "Science is important. But these are not the nerds you're looking for."

A version of this transition can be seen in the Republican Party's lurch from George W. Bush to Paul Ryan. The left's knock on Bush (and, before him, Reagan) was that he was dumb and inarticulate; the right's riposte was that the left prized the wrong kind of knowledge, and that Republicans were smart enough to know that ordinary Americans were a helluva lot wiser than Ivy League elitists. And the right was comfortable in that response: it was an argument they kept winning at the polls.

But after Bush's disastrous presidency and Obama's political successes, today's Republicans don't want to towel snap the Democratic Party's nerds. They want to out-nerd them. The party's standard-bearer, insofar as there is one, is Paul Ryan. He became the GOP's champion after video of him blasting President Obama with charts and graphs during the Blair House debate over health-care reform went viral. The National Review called it "a devastating critique" that proved "that the Democrats just don't have an answer to Ryan's arguments." (The answer to Ryan's arguments was that they were mostly wrong.) A few weeks later Real Clear Politics wrote that you could easily imagine Ryan at a Star Trek convention.

Ryan then became the Republican Party's vice presidential nominee on the strength of his unusually detailed budgets, which, again, were contrasted with Obama's faux-wonkery: "In an era that seemingly rewards shallow oratorical excellence over substance (see Obama, Barack Hussein), his political brilliance is the capacity to educate on a vision, run on a record of accomplishment, and — yes — stand on his feet and talk persuasively about both," enthused conservative economist Doug Holtz-Eakin at the Daily Caller.

Even the case for Ted Cruz gets made in terms of a nerd-off with Obama.

"Cruz went to Princeton University, where he was a national champion debater, and got a law degree from Harvard. Cruz's legal career was objectively more impressive than Obama's," wrote Jonah Goldberg at the National Review. "He clerked on the appellate court and for Chief Justice William Rehnquist on the Supreme Court. He held numerous prestigious jobs in and out of government. Like Obama, he taught law, but Cruz was also the solicitor general of Texas and argued before the Supreme Court nine times." His World of Warcraft guild could probably crush Obama's.