Skip to main content
Will you help us hit our goal? We’re aiming to add 2,500 contributions in the next 30 days, to help keep Vox free.

Share All sharing options for: The powerfully human Israel-Palestine photography of Ahmad Gharabli

If you've read about the Israel-Palestine conflict at all in the last few years, chances are your eyes have stopped at least once over the photography of Gharabli Ahmad. The East Jerusalem-based Agence France-Presse photojournalist has developed a distinctive style during his years of documenting life in Israel and the Palestinian territories, much of his work conveying the conflict from the Palestinian perspective. It's a subject that normally invites clichés, but which he gives new life by finding someone standing out in a crowd, a meaningful glance at the camera, a moment of unscripted candor amid the usual routines of the conflict. Collected here are 25 of his photos from the last few years, much of it from Jerusalem. They show the conflict, normal daily life, and the vast grey area in between. In keeping with the nature of life on Israel-Palestine's front lines, the conflict and non-conflict photos are intermixed. 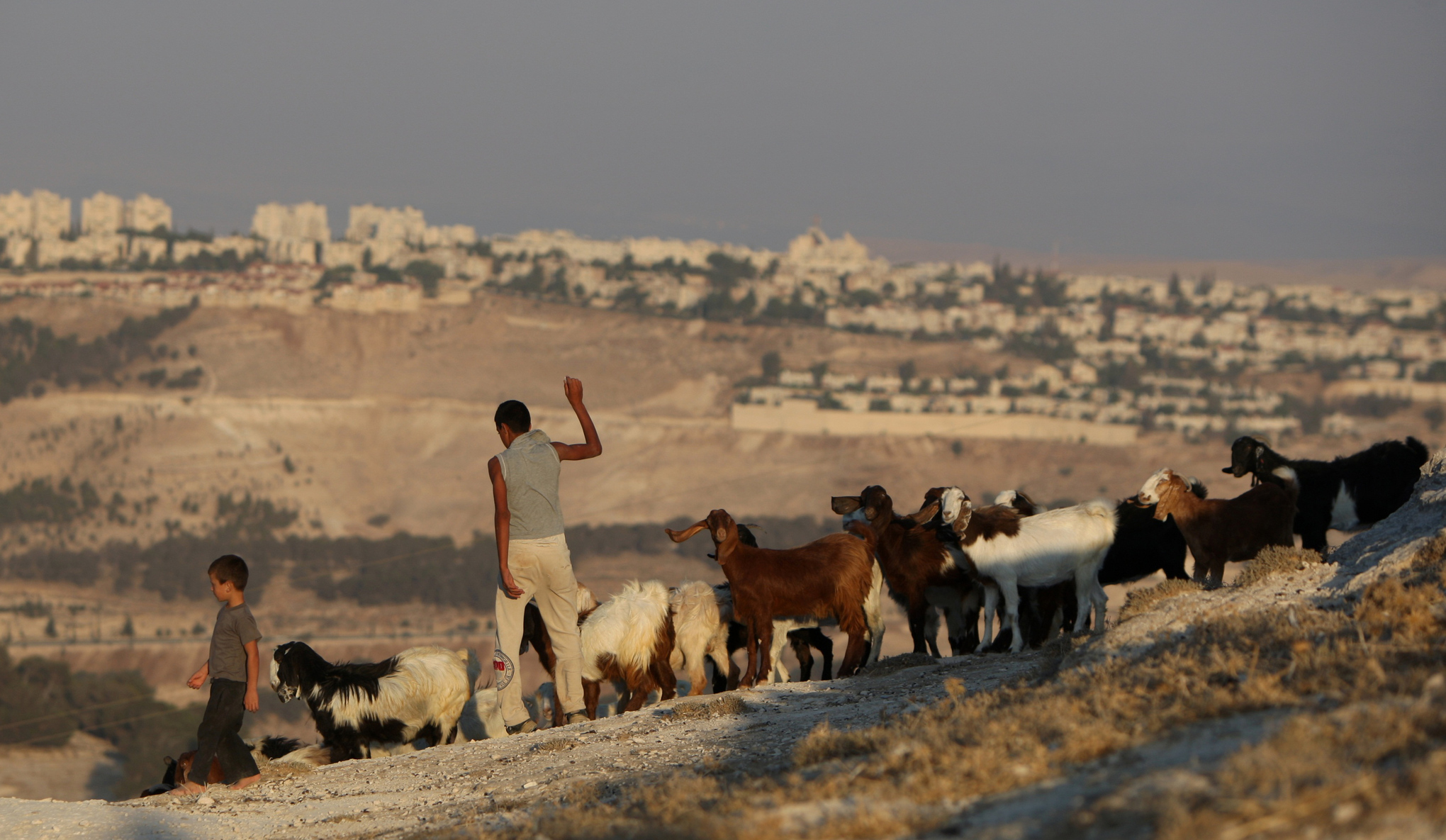 A young Palestinian shepherd leads his flock near the Jewish settlement of Maale Adumim (background) on September 19, 2011 in the Israeli-occupied West Bank. | Ahmad Gharabli/AFP/Getty Images 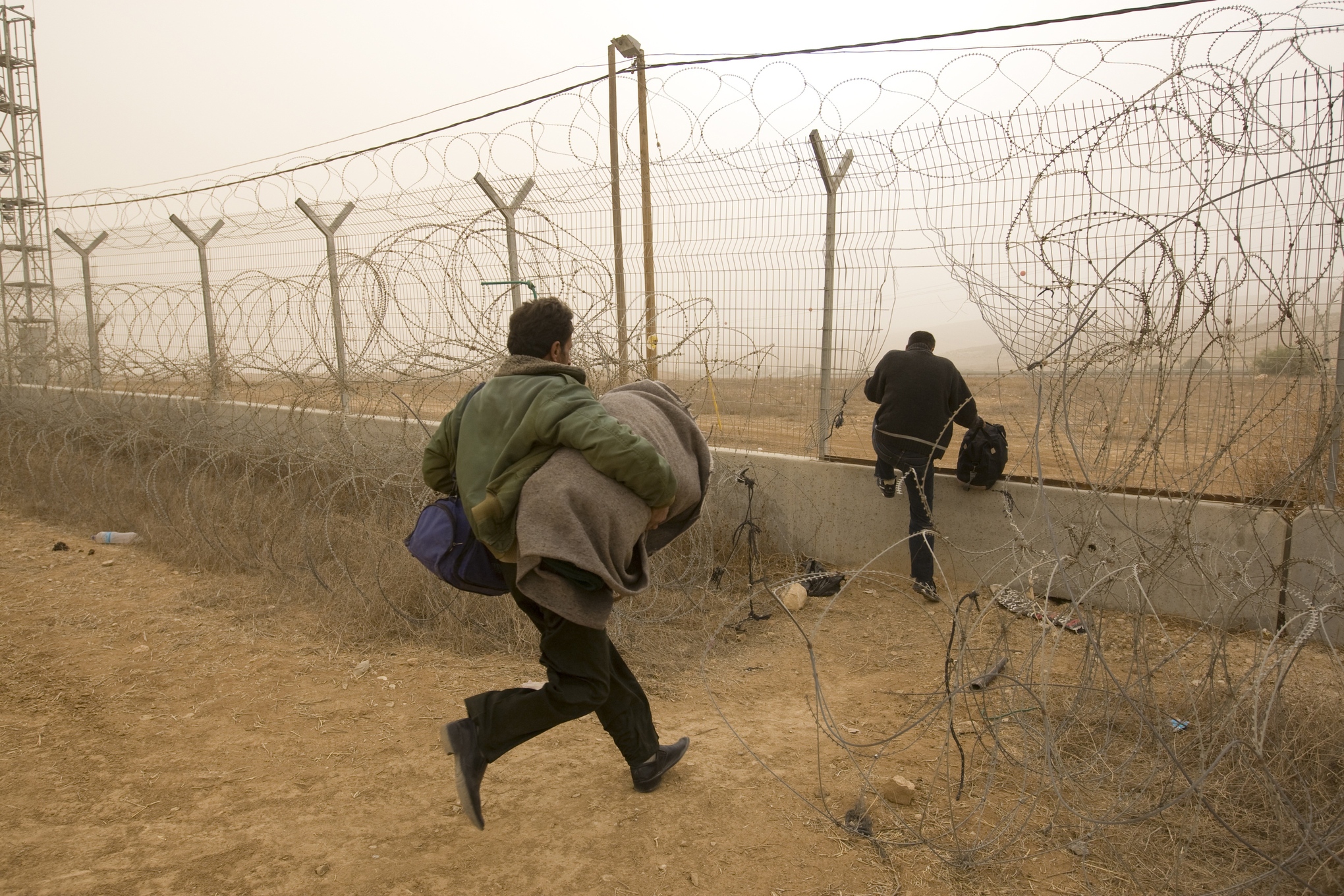 Palestinian men illegally cross into Israel during a sand storm on December 11, 2010 in the West Bank, north of the city of Hebron. | Ahmad Gharabli/AFP/Getty Images 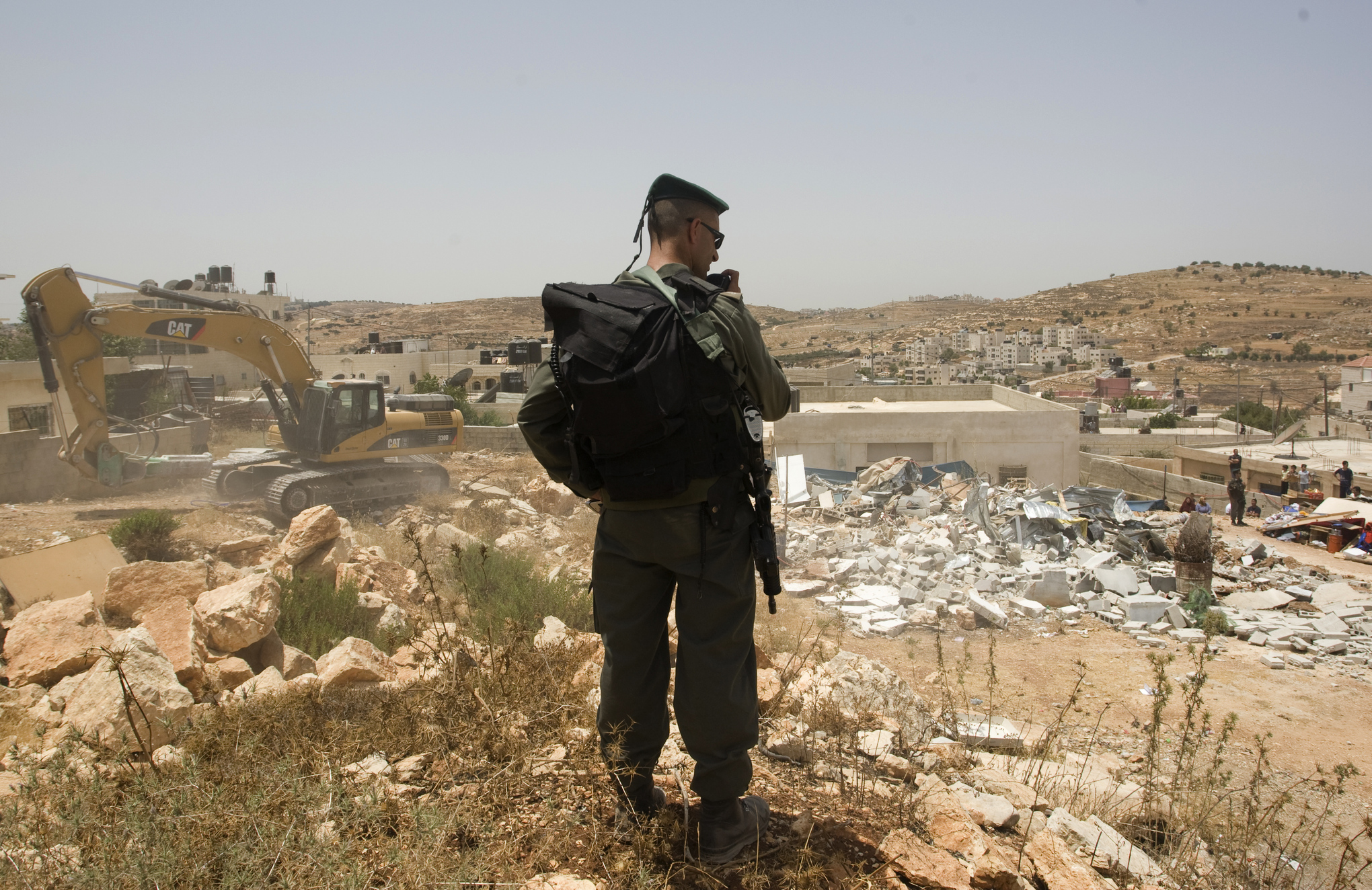 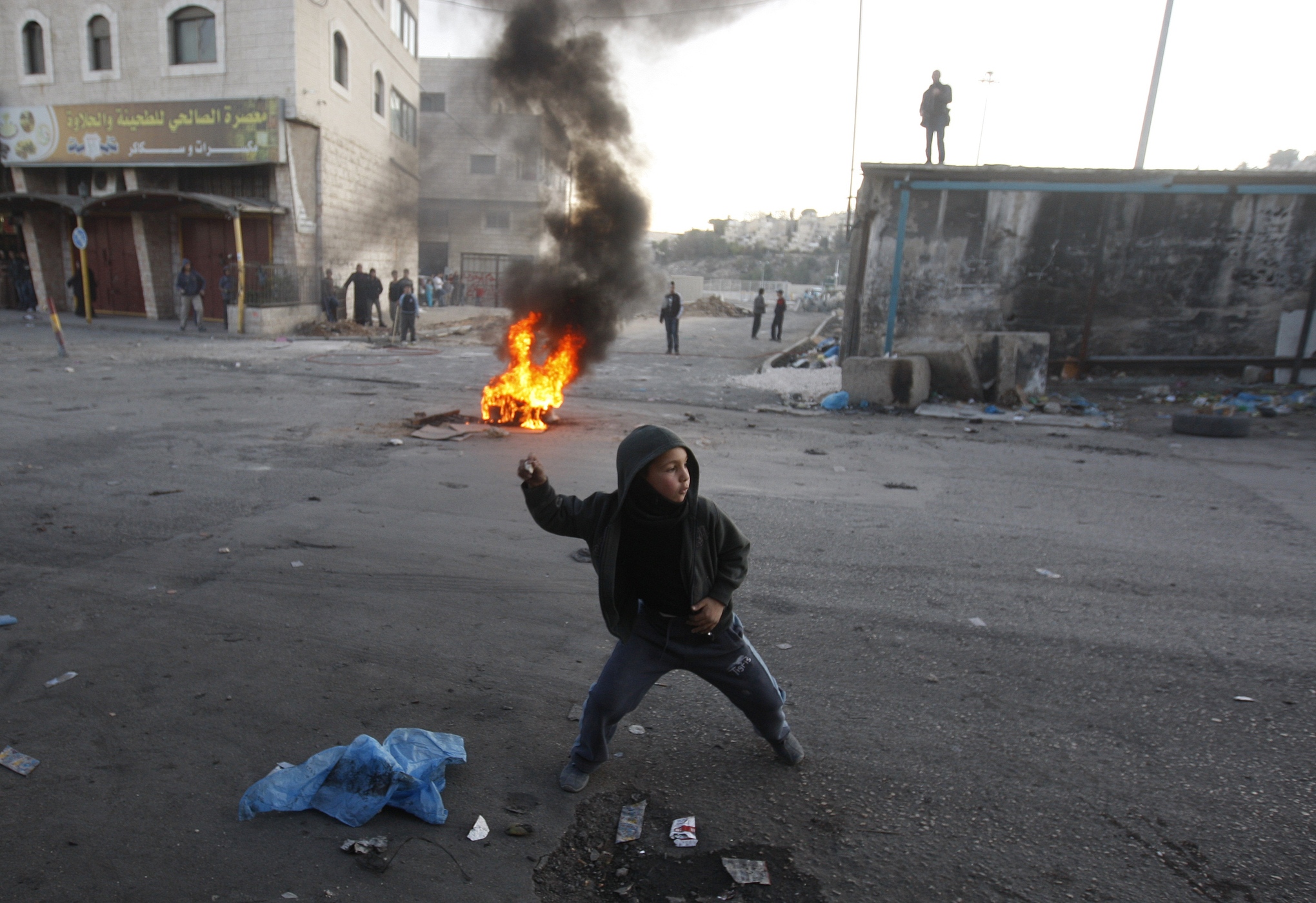 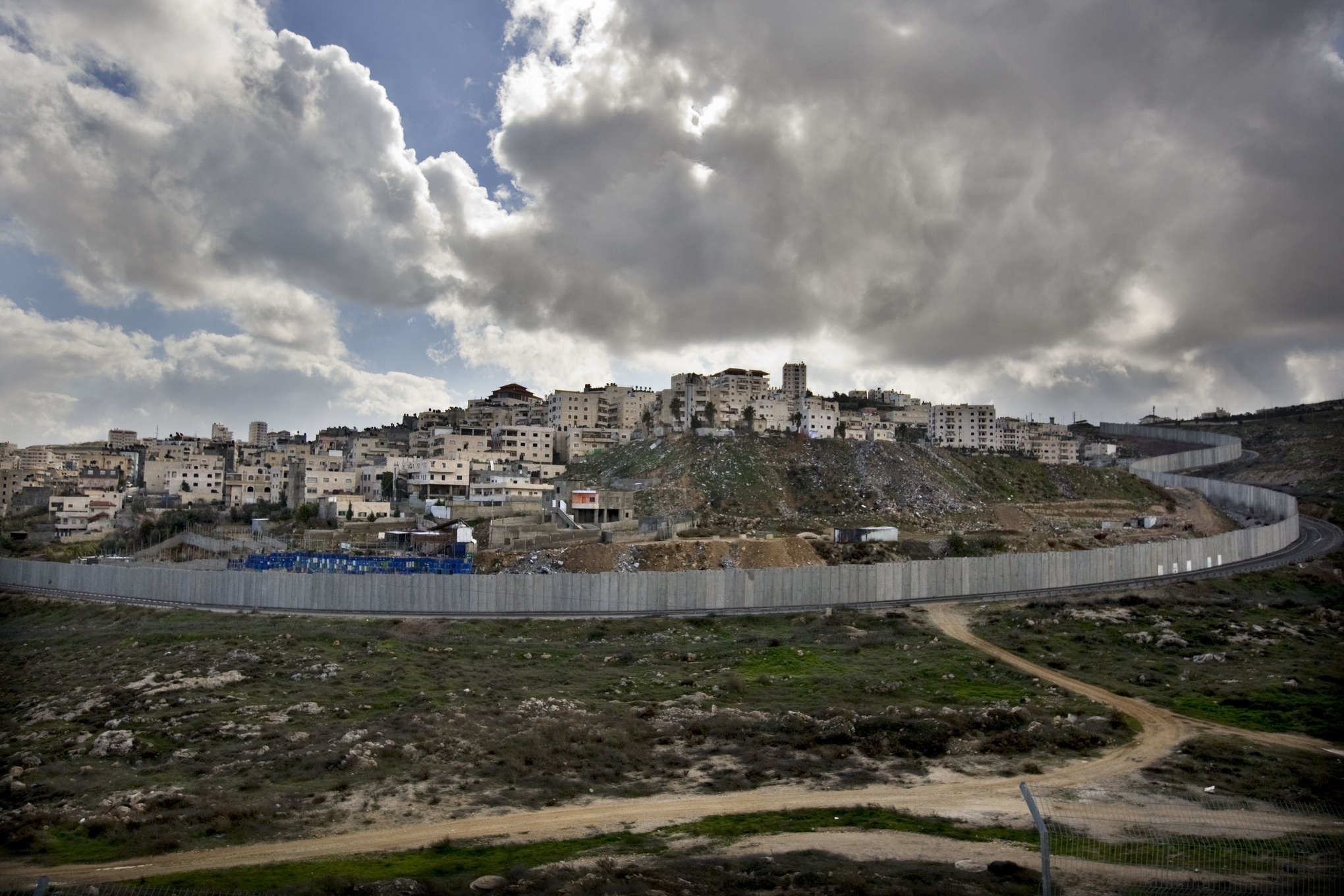 The Palestinian Shuafat refugee camp is surrounded by the Israeli separation barrier in east Jerusalem on January 19, 2012. | Ahmad Gharabli/AFP/Getty Images 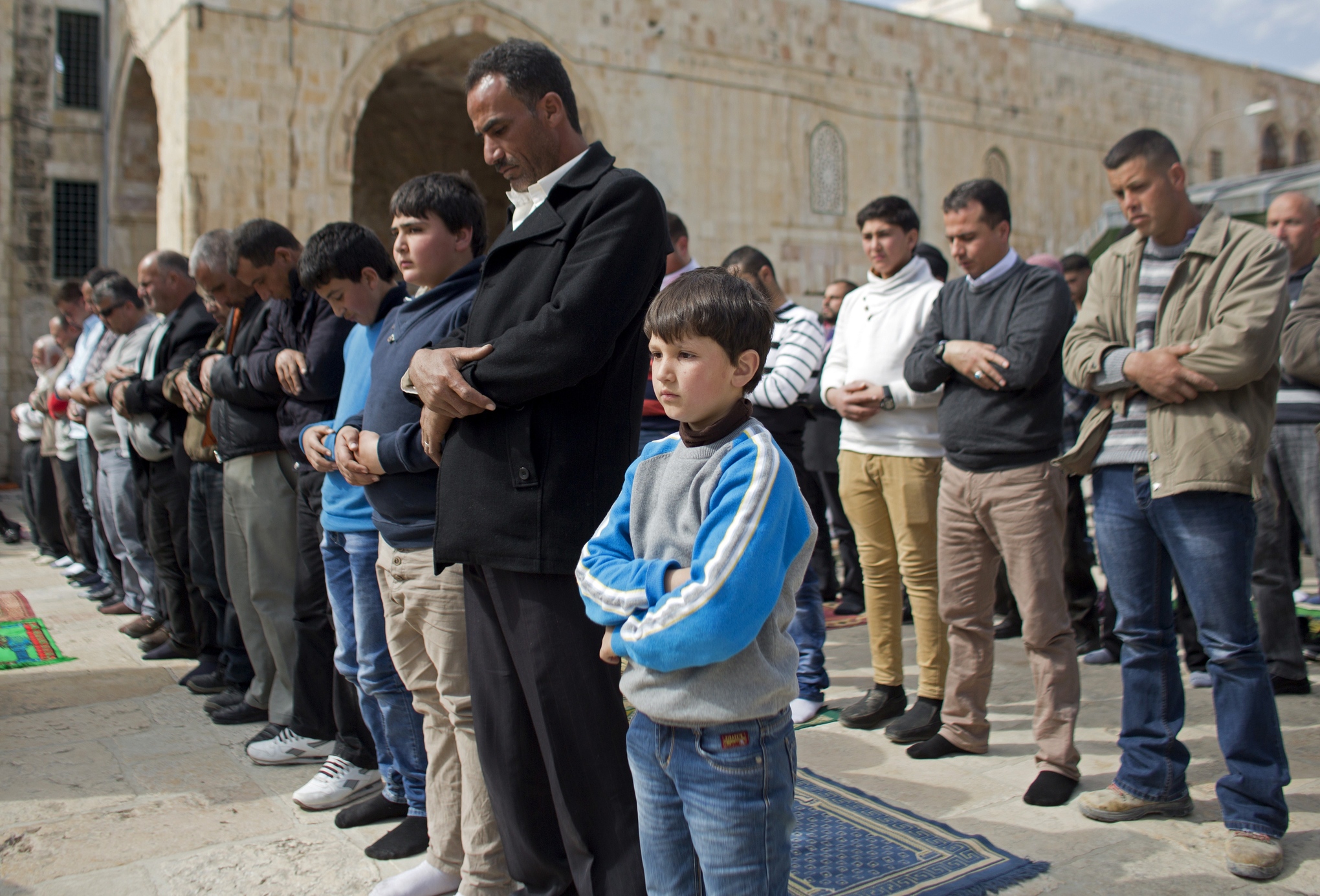 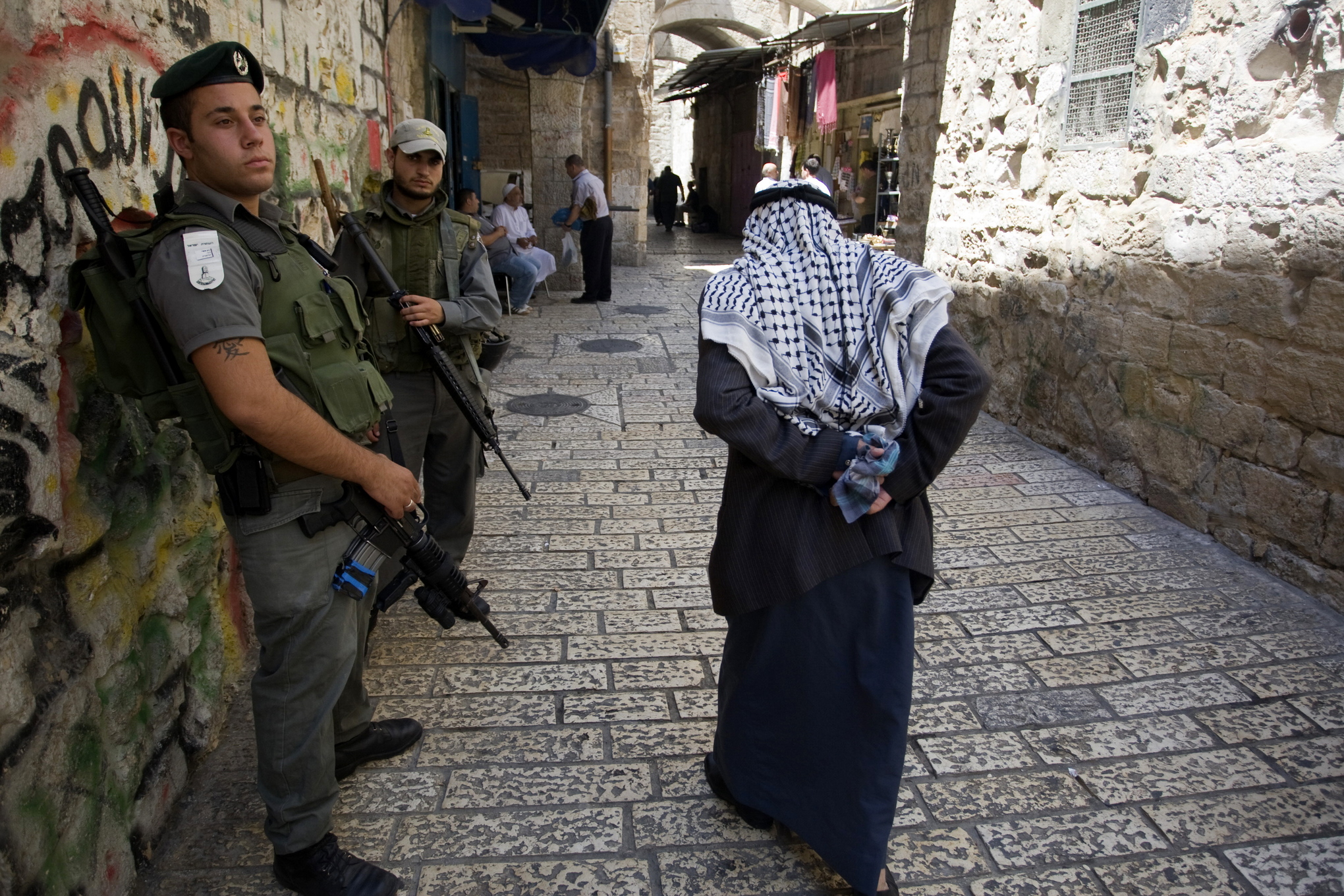 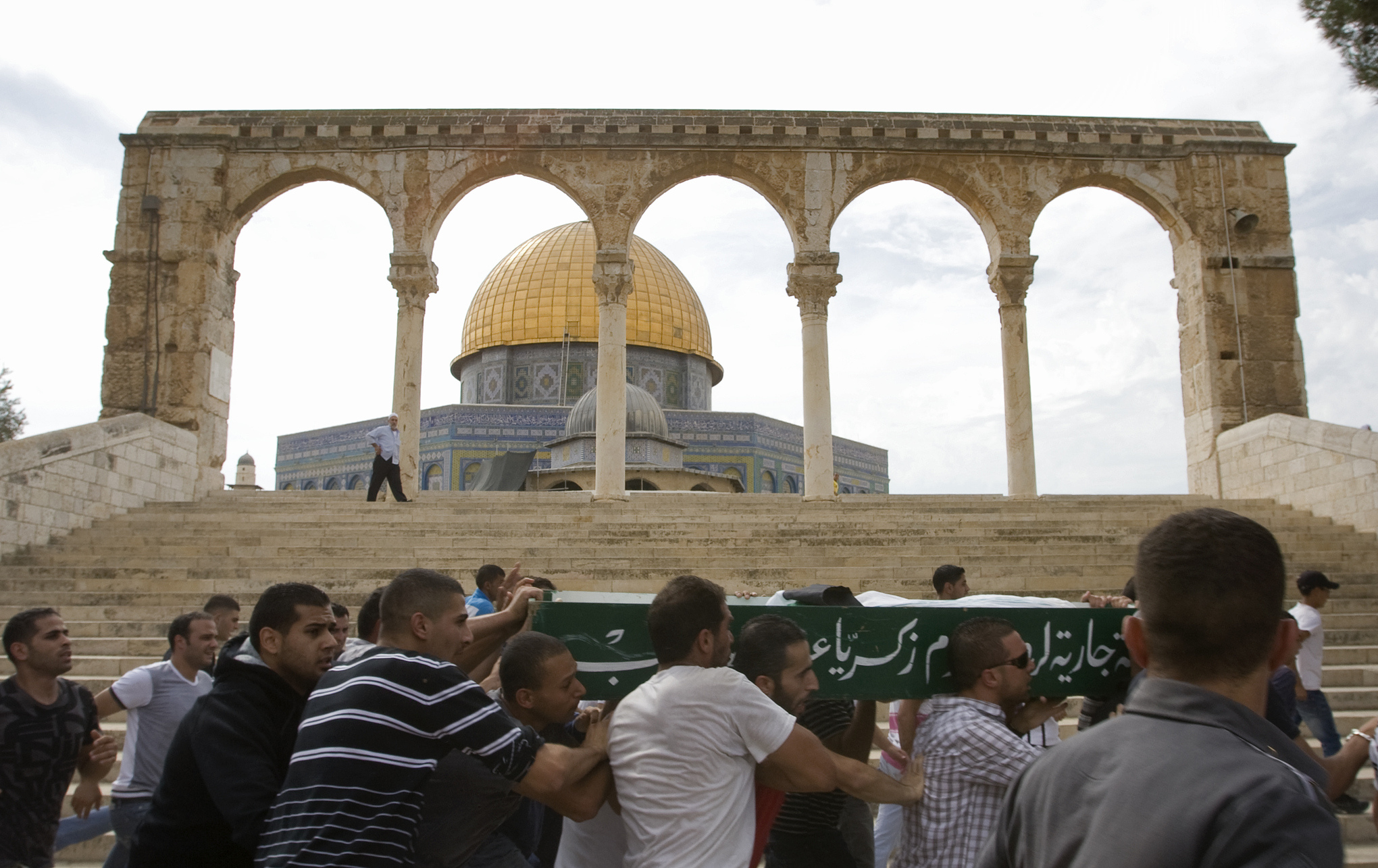 Palestinian mourners carry the body of Samir Serhan, who had been shot by Israeli settlement security guards, during his funeral precession at the Al-Aqsa mosque compound on September 22, 2010 in Jerusalem's Old City. | Ahmad Gharabli/AFP/Getty Images 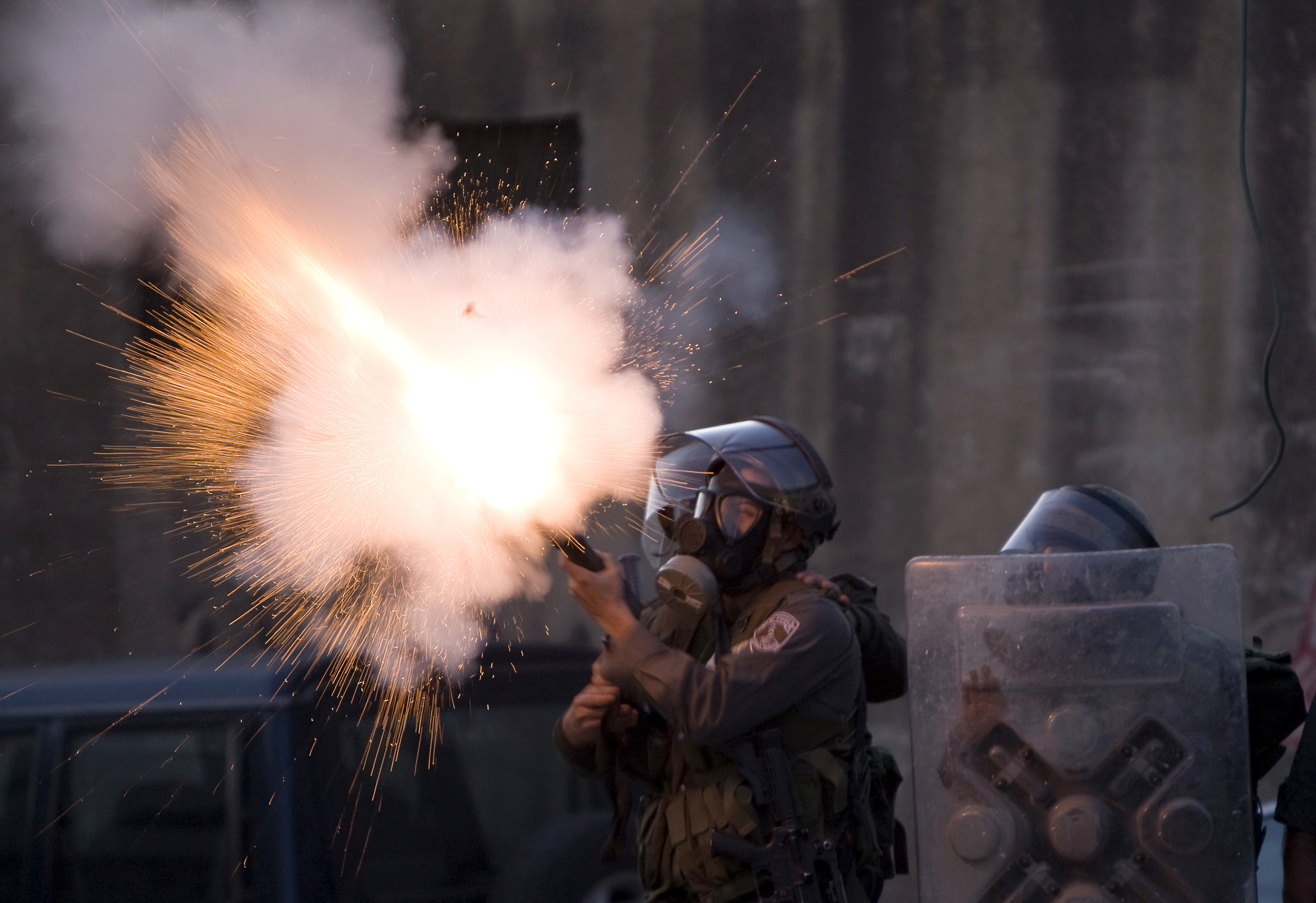 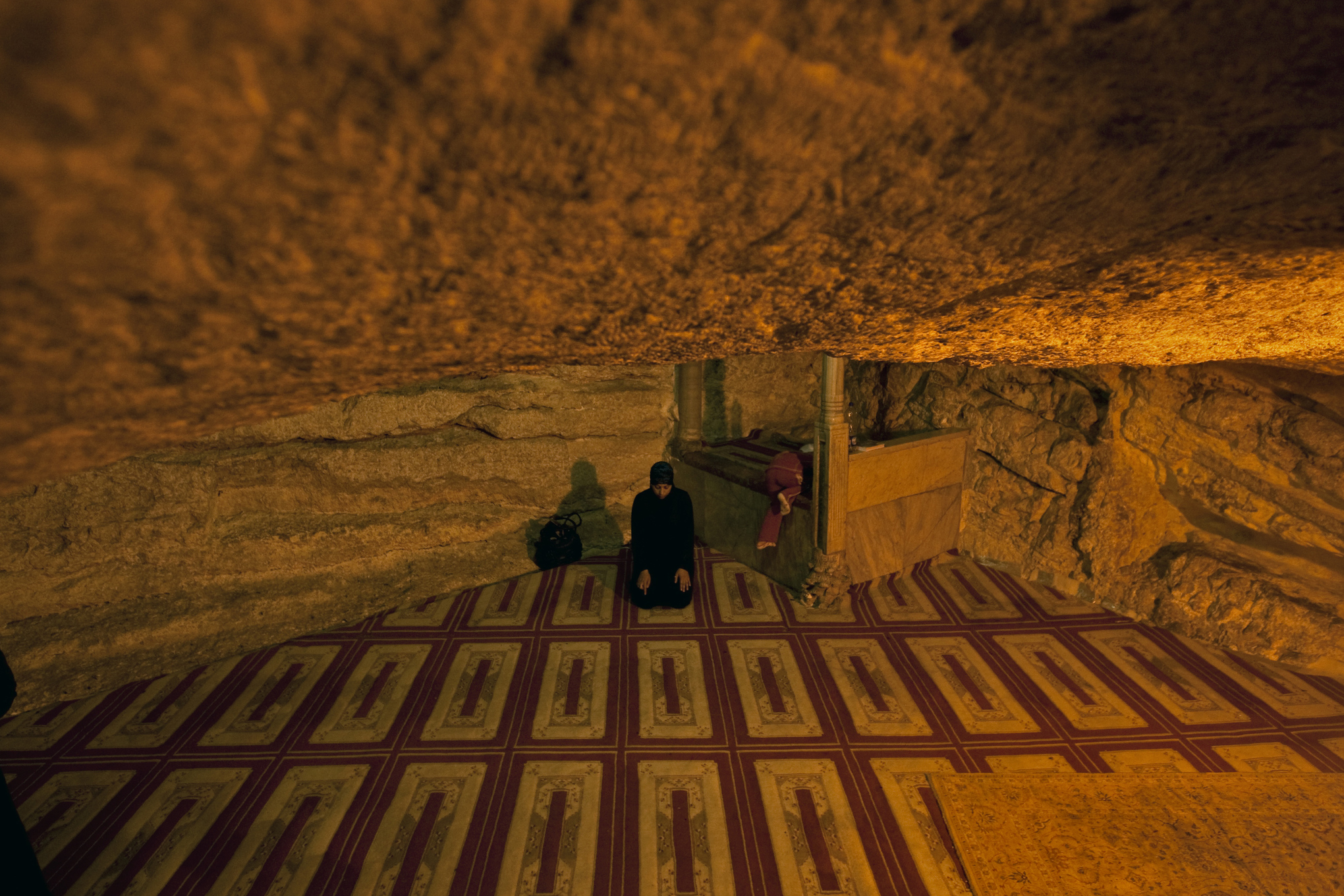 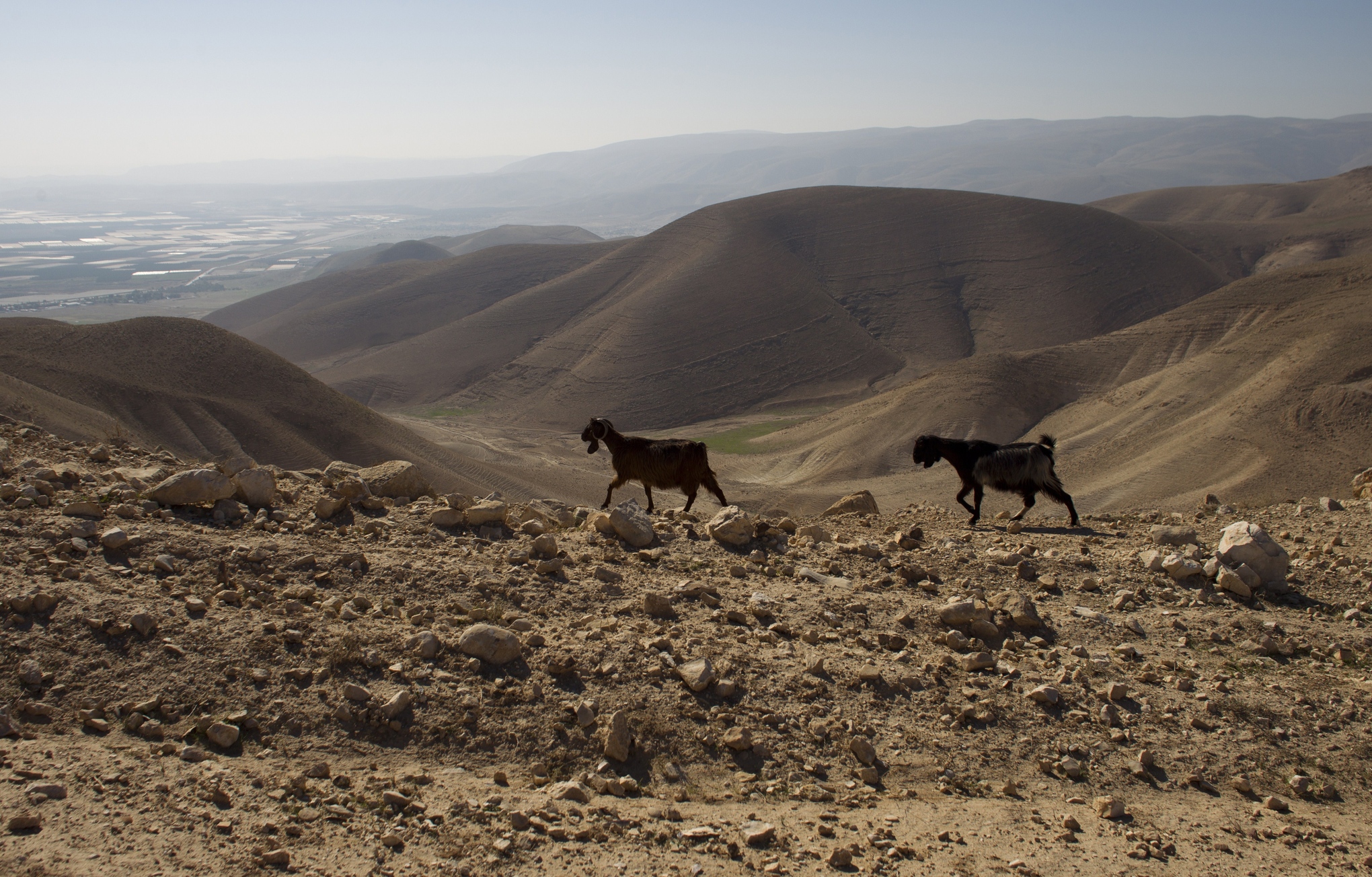 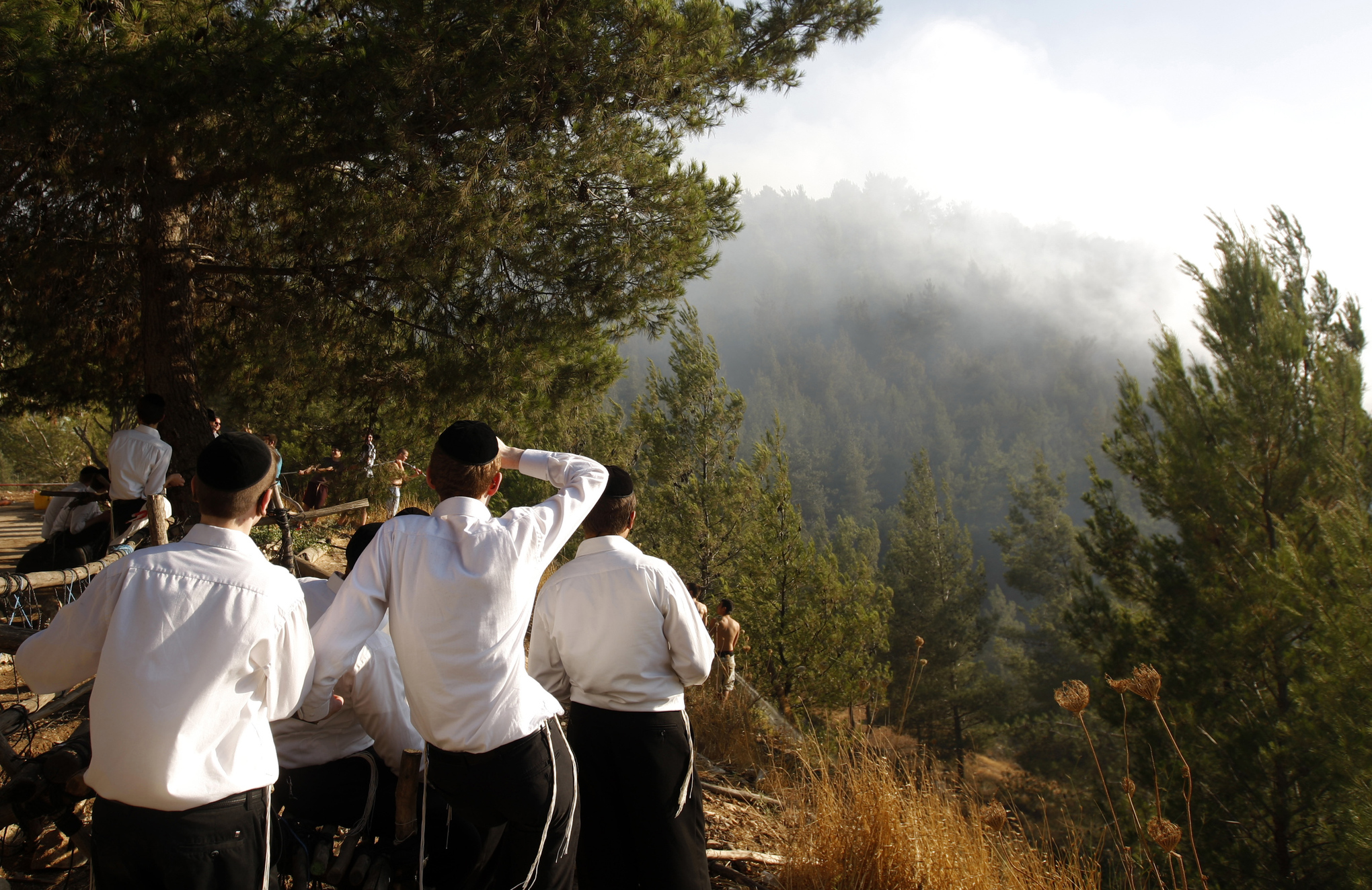 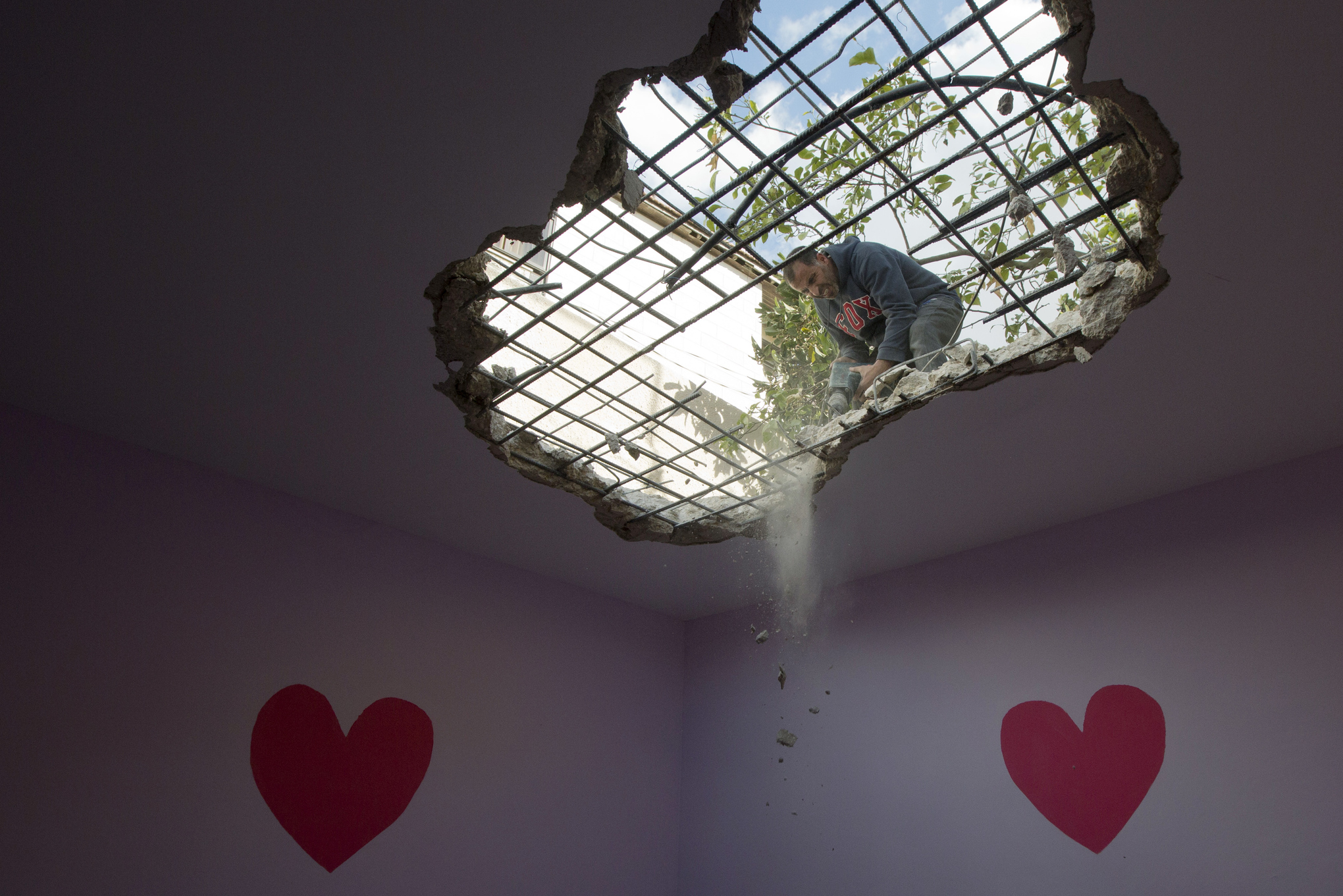 A Palestinian man demolishes his home to carry out an Israeli court order which ruled that the house was built without a municipality permit in Shuafat. Many Palestinians end up demolishing their homes themselves to avoid the high cost of paying for Israeli government bulldozers, or being sent to prison for not being able to pay. | Ahmad Gharabli/AFP/Getty Images 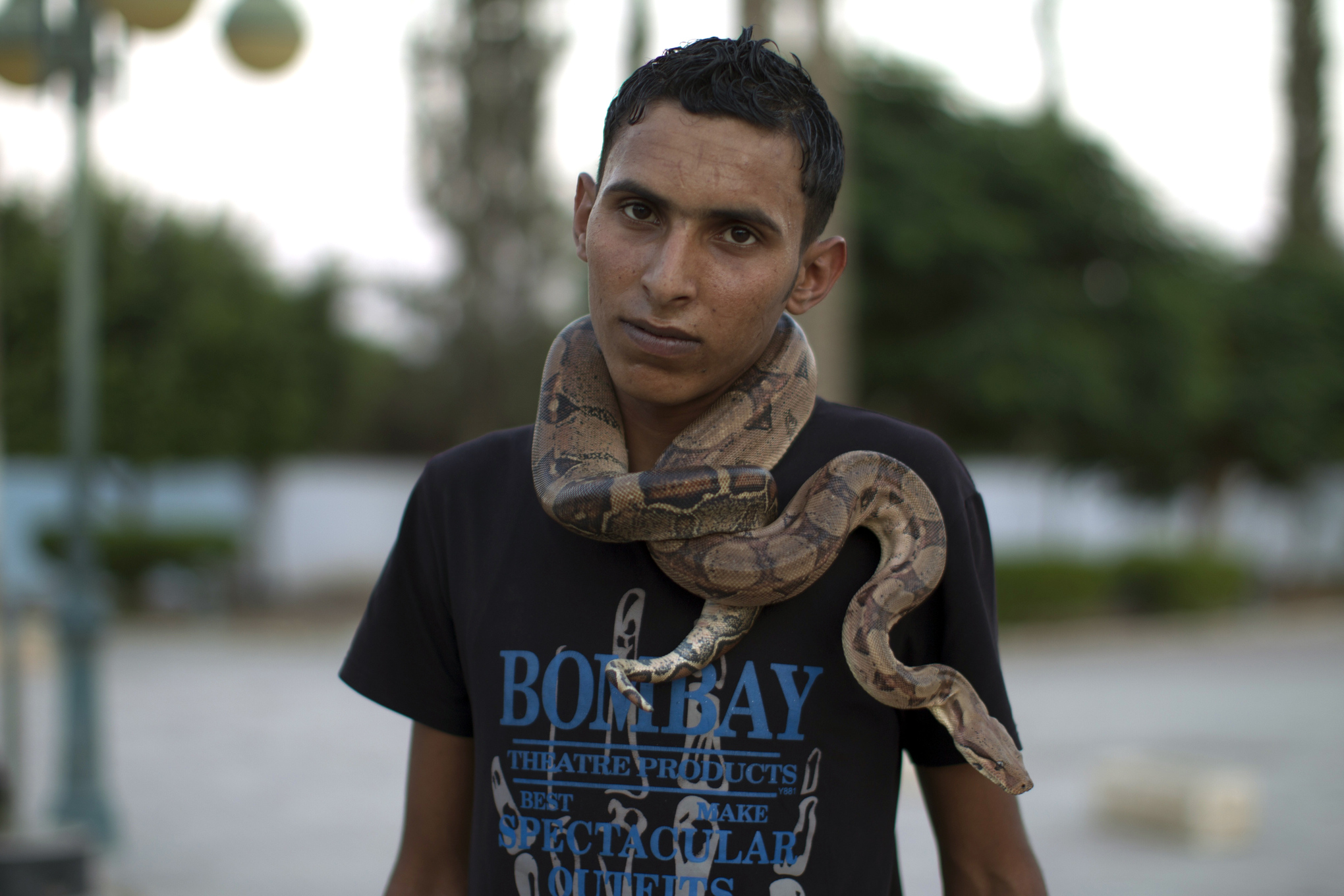 A Palestinian man poses for a photo with his python in the Spanish Gardens, in the West Bank town of Jericho, on October 13, 2013. | Ahmad Gharabli/AFP/Getty Images 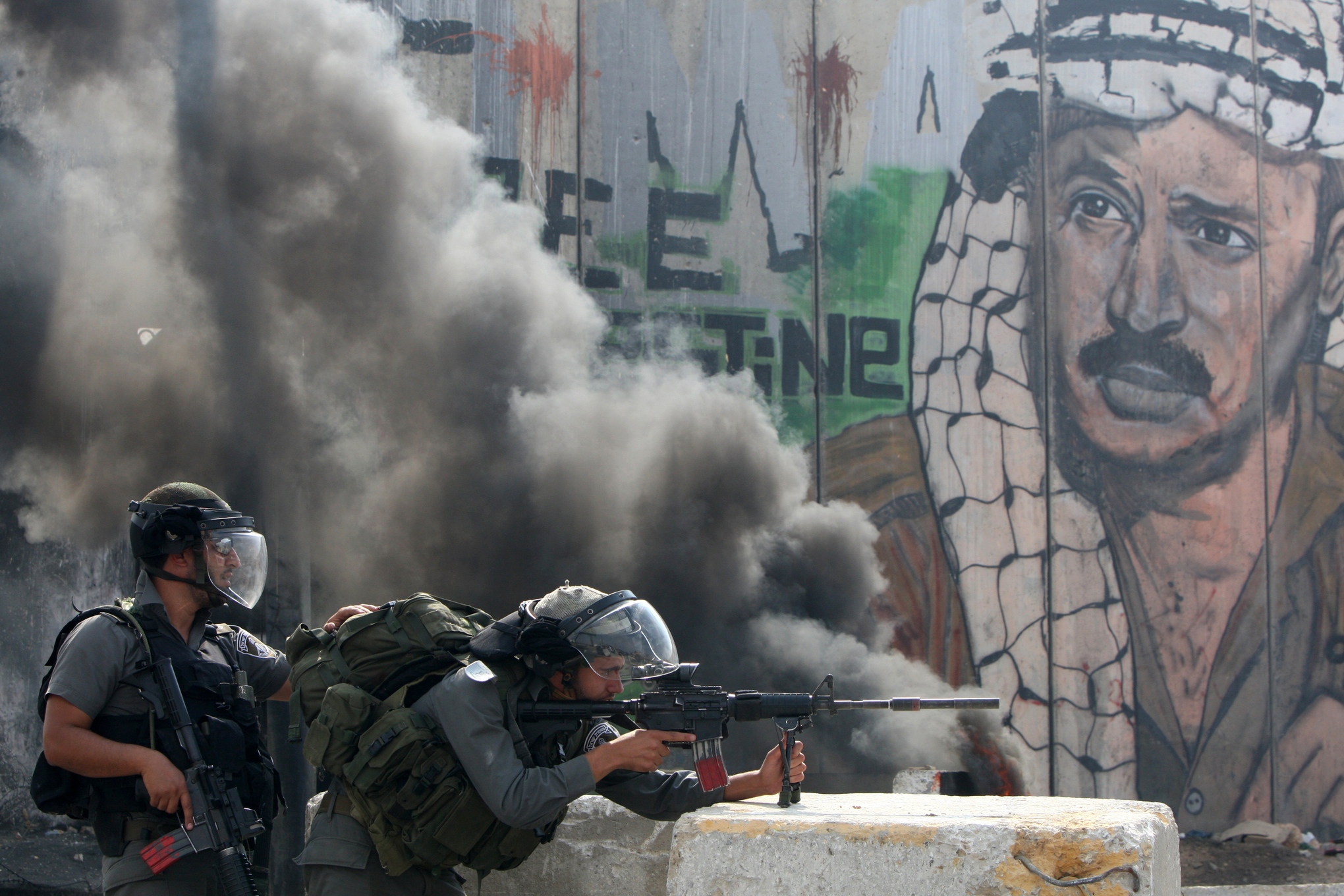 Israeli soldiers, near graffiti of former PLO leader Yasser Arafat, keep their position during clashes with Palestinian stone throwers at the Qalandia checkpoint between the West Bank city of Ramallah and Jerusalem on September 21, 2011. | Ahmad Gharabli/AFP/Getty Images 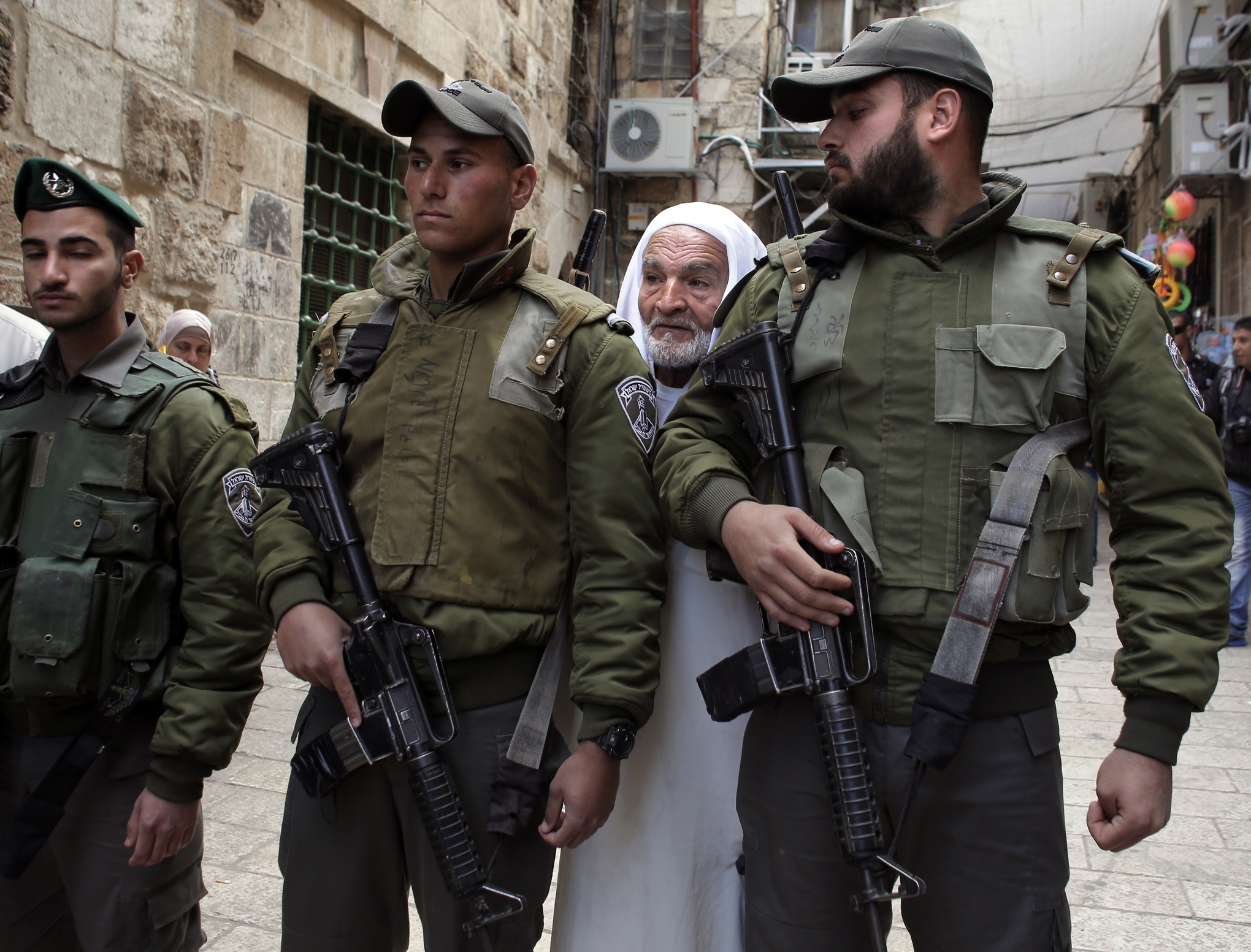 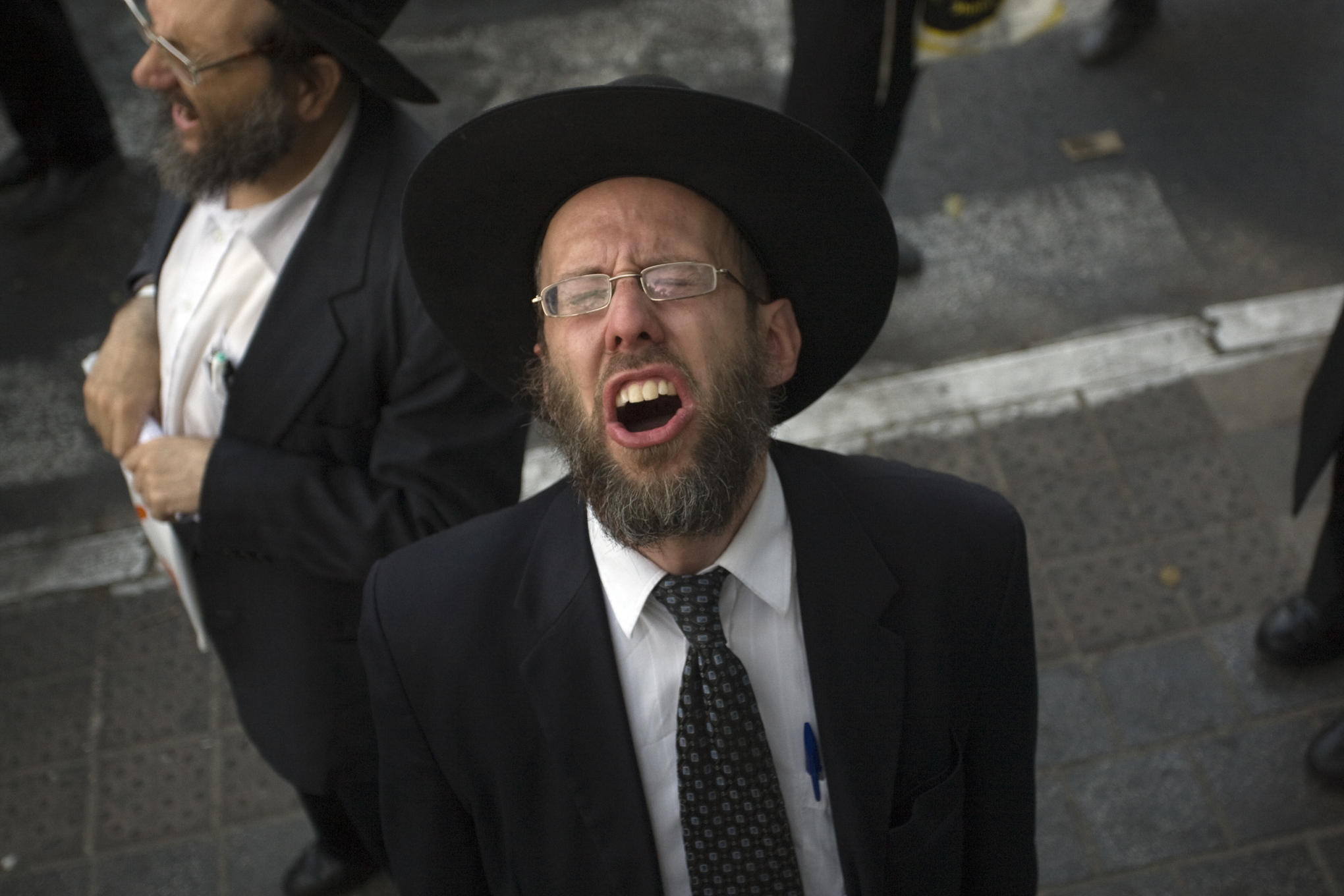 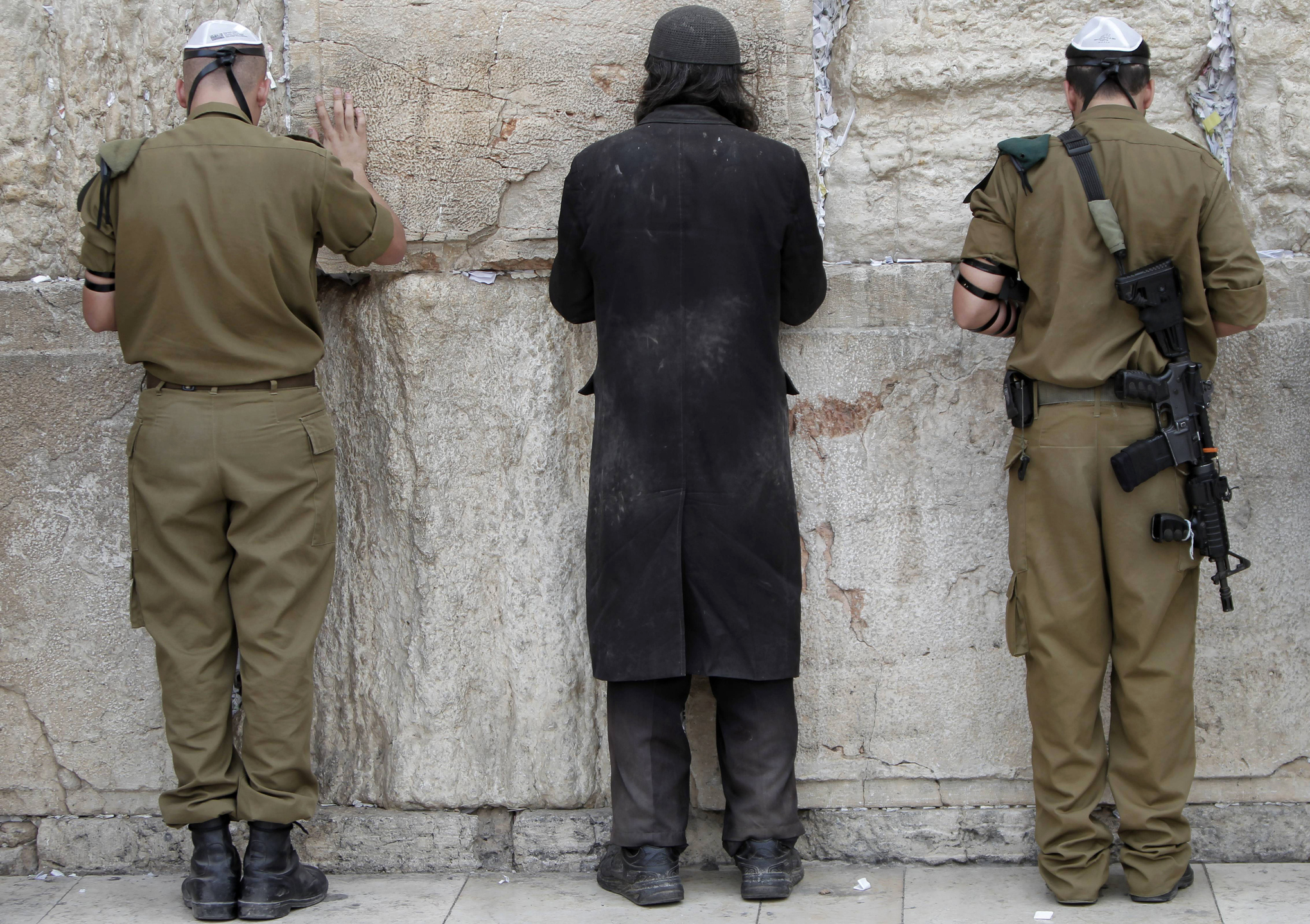 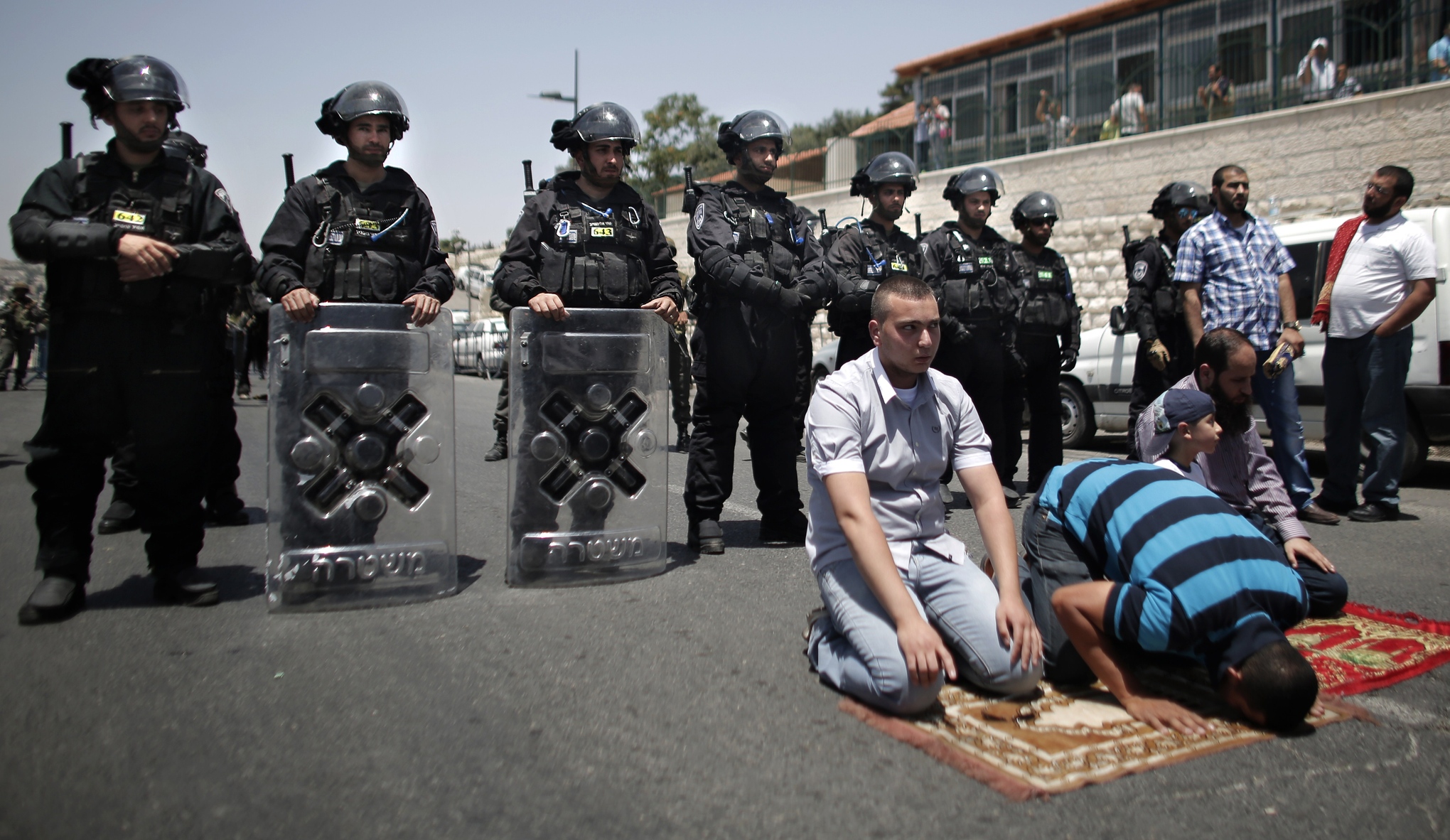 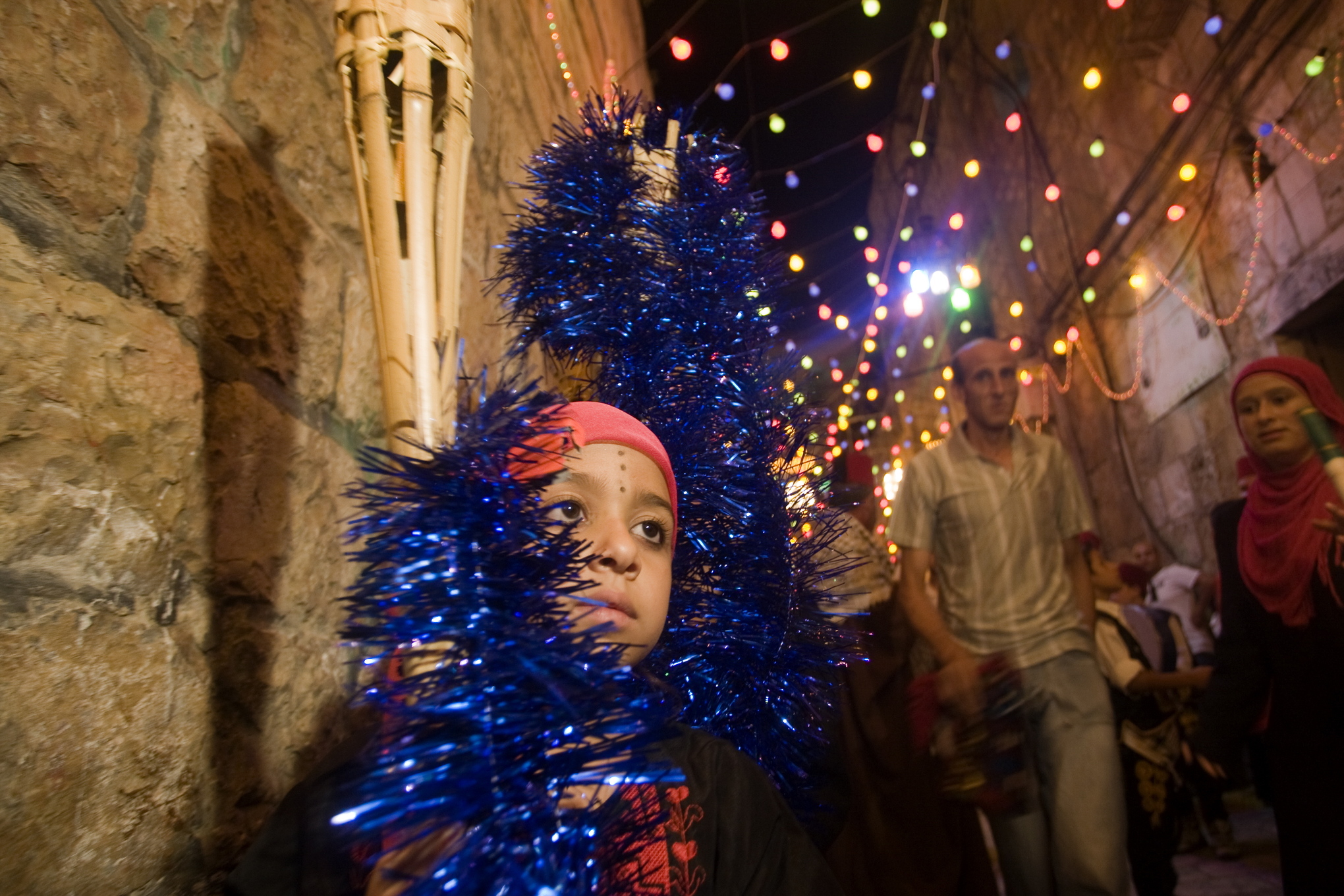 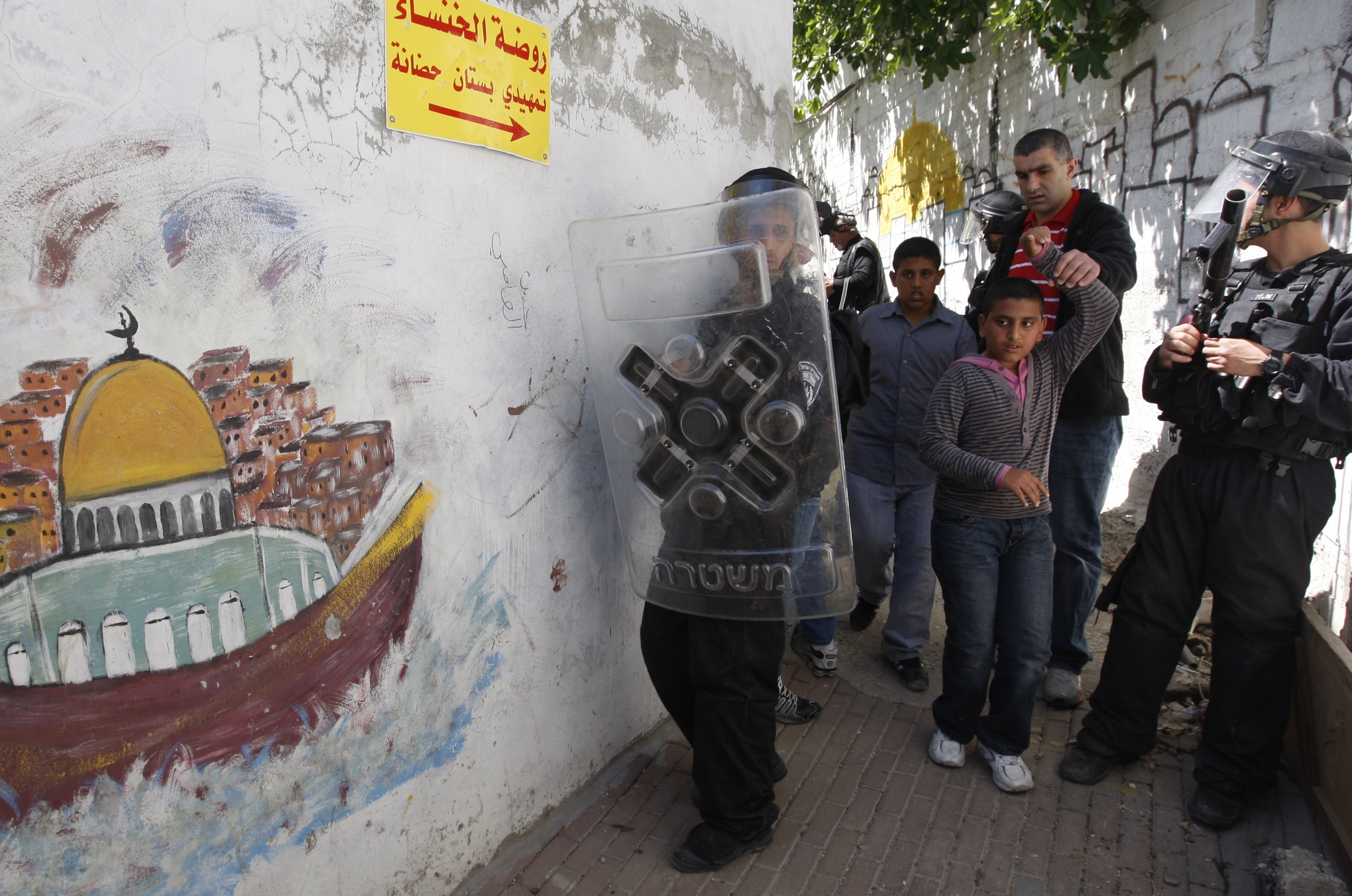 Palestinian civilians and patrolling Israeli riot policemen bump into one another in the east Jerusalem neighborhood of Silwan on April 15, 2011, following earlier clashes between police and stone throwers. | Ahmad Gharabli/AFP/Getty Images 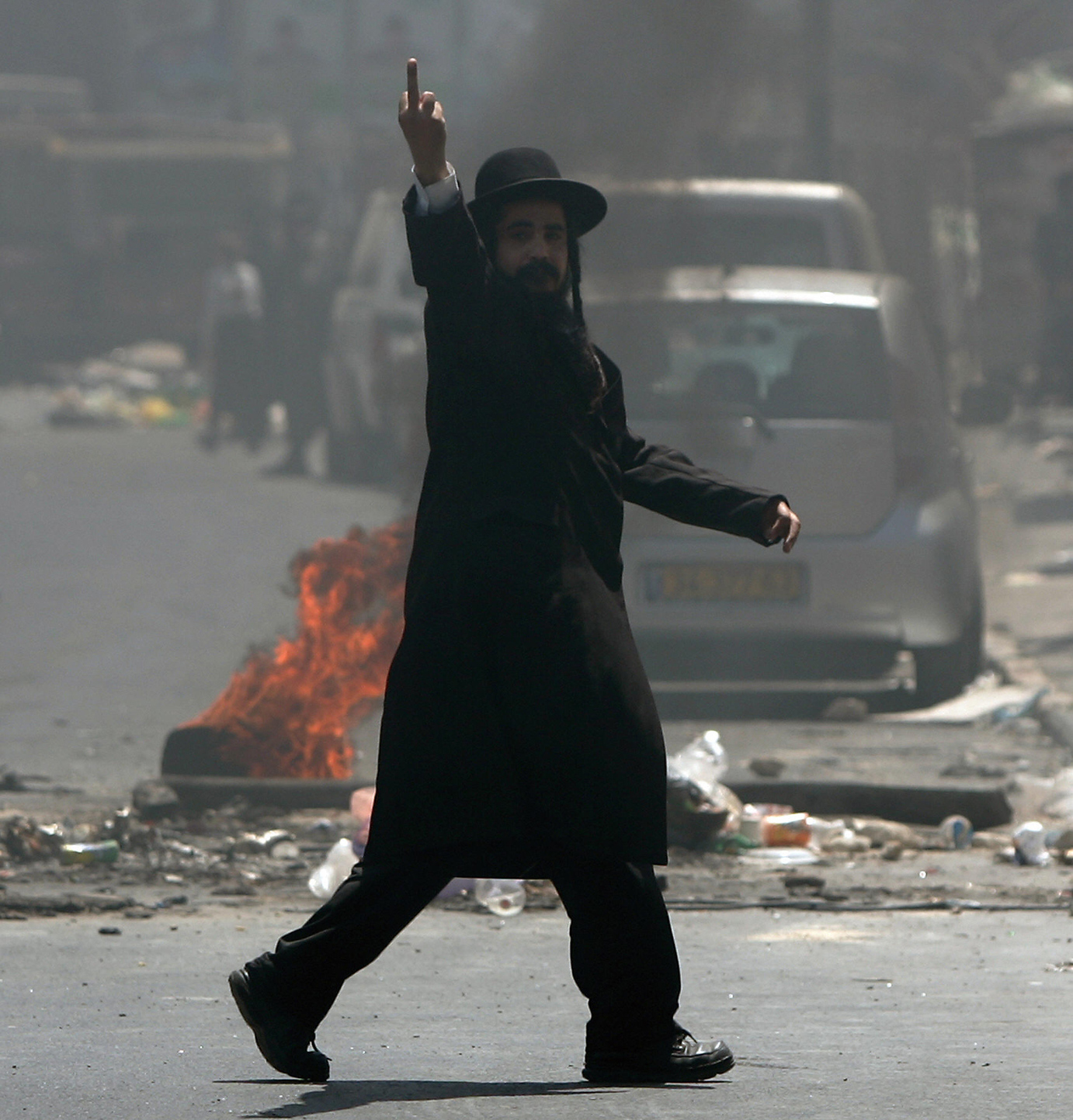 An Ultra-Orthodox Jewish man gestures during clashes with Israeli forces following demonstrations against the arrest of an Ultra-Orthodox woman accused of child abuse in Jerusalem on July 16, 2009. The protesters also rallied against the opening of a parking lot on Saturdays, the Jewish holy day of rest. | Ahmad Gharabli/AFP/Getty Images 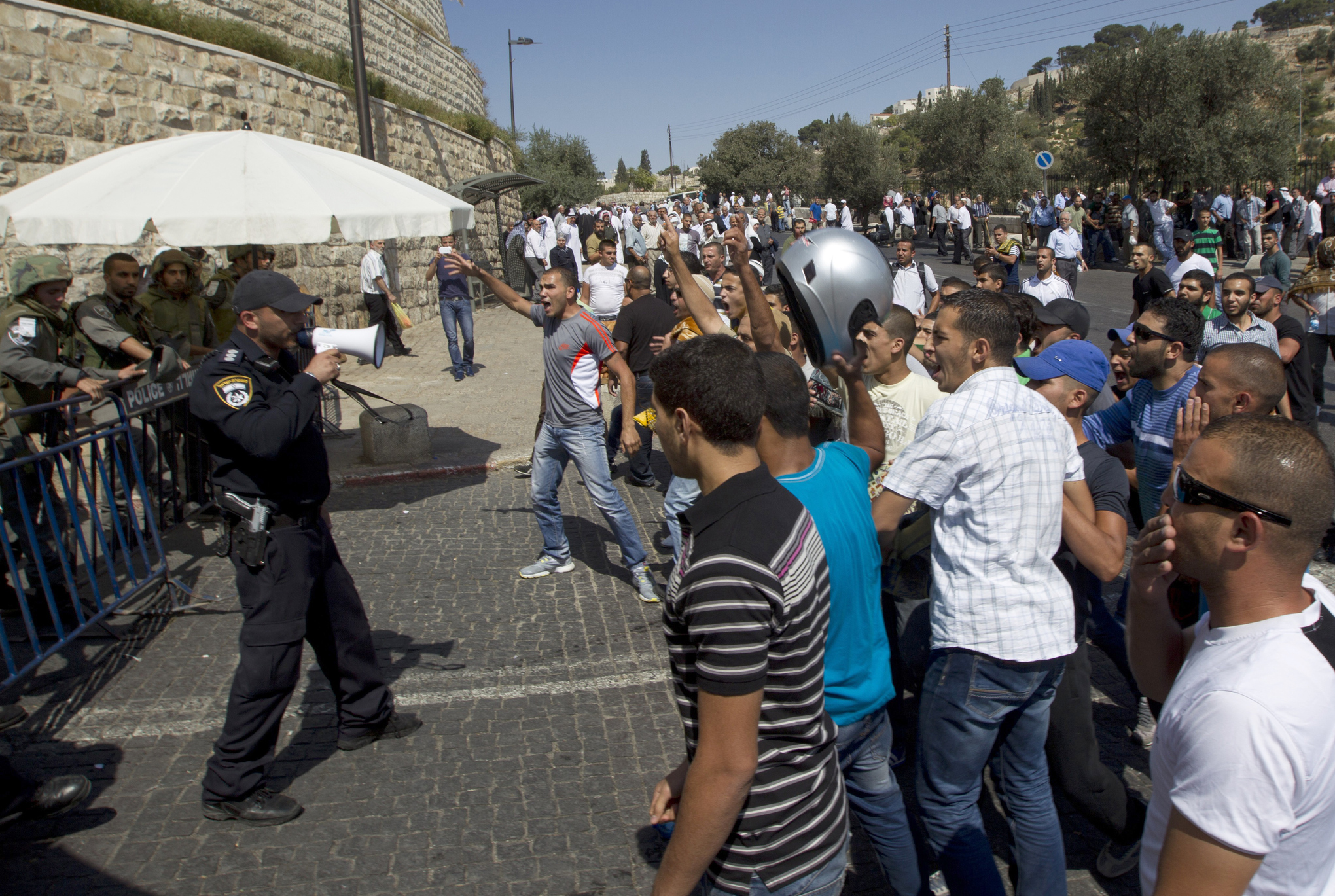 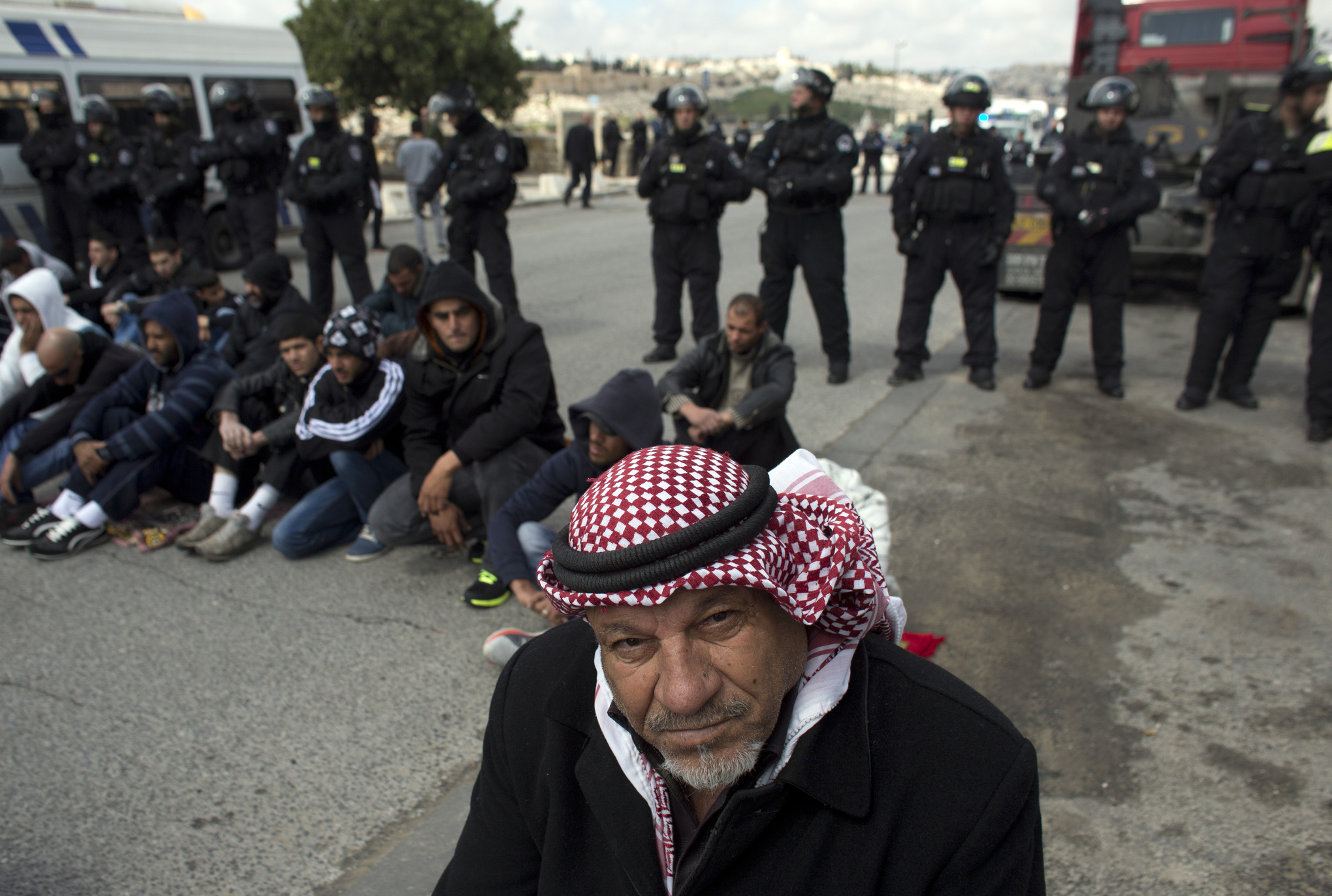 Palestinian Muslims pray outside of the Old City of Jerusalem as Israeli police block them from praying in the city's Al-Aqsa mosque after a decision was made to limit access for Muslim men to the compound to prevent possible clashes on March 14, 2014. | Ahmad Gharabli/AFP/Getty Images

In the next 30 days, we’re aiming to add 2,500 individual contributions to help keep our coverage of the Covid-19 crisis free for everyone who needs it. As each of us is only as healthy as our sickest neighbor, it’s essential that people can access clear information on the pandemic for free. Will you help us reach our goal by making a contribution to Vox with as little as $3?

How inaction on climate change can worsen the crisis in Afghanistan

The fight to resettle Afghans in the US has just begun