Share All sharing options for: Kim Kardashian Hollywood will take all your money but teach you fame

Kim Kardashian is notoriously famous for being famous. She is not — in any substantial way — an actress, a musician, or a model, but she is certainly a household name. As of this summer, she's also a mobile app titan.

Kim Kardashian: Hollywood is an iPhone game created by Kim Kardashian. By tapping the screen, you dress your character (who starts out as a lowly E-list celebrity) and send her on dates, photo shoots, and adventures across the world. Sitting comfortably at No. 1 in the iTunes app store, the game is reaping a huge profit already. Kim Kardashian: Hollywood is free to download, but any addicted player could easily spend hundreds of dollars in real life money paying for extra energy, which allows you to complete photo shoots and appearances, and K Stars, special Kardashian game currency that allows you to buy crop tops and skinny jeans that help you rocket to stardom. An analyst has predicted that the game could make $200 million dollars this year, which is no surprise since its currently making $700,000 a day.

Even if you know absolutely nothing about Kardashian, the game is entertaining just for its mindless tapping. But the brilliance of Kim Kardashian: Hollywood is how self-aware it is. The game parallels Kardashian's own rise to fame by poking fun at the cult of celebrity and simplifying the climb into the spotlight. The game may be fun, but playing it is a perfect way to understand Kardashian's path to fame, fortune, and glory.

Started from the bottom-ish

screenshots from the game

When the game begins, your character is working in retail folding shirts. Born and raised in Los Angeles, California, Kardashian, along with the rest of her family, was thrust into the dim spotlight when her father Robert Kardashian became the defense lawyer for  family friend O.J. Simpson during his murder trial in 1994. Kardashian was 14 years old then, and essentially on the E-list. Because she exists in the game as your mentor, you aren't actually playing the game as her. But when you start out folding clothing at a retail store and trying to score modeling gigs, you are essentially entering the world of celebrity on the same level, if not in the same way, that Kardashian did.

Kardashian had a messy few years after that. She eloped with a music producer at 19, but by 24, she was divorced. She became a personal stylist for celebrities, opened a store with her sisters (Dash), and was even accused of being the rebound girl for Nick Lachey after his marriage to Jessica Simpson fell apart. During this time, she hitched her post to her pre-school classmates Paris Hilton and Nicole Richie, presumably to soak up some of the momentary fame the two generated from their show The Simple Life. Their friendship imploded in 2007. It's unsurprising then, that the villain of the game, Willow Pape, looks a whole lot like Paris Hilton. 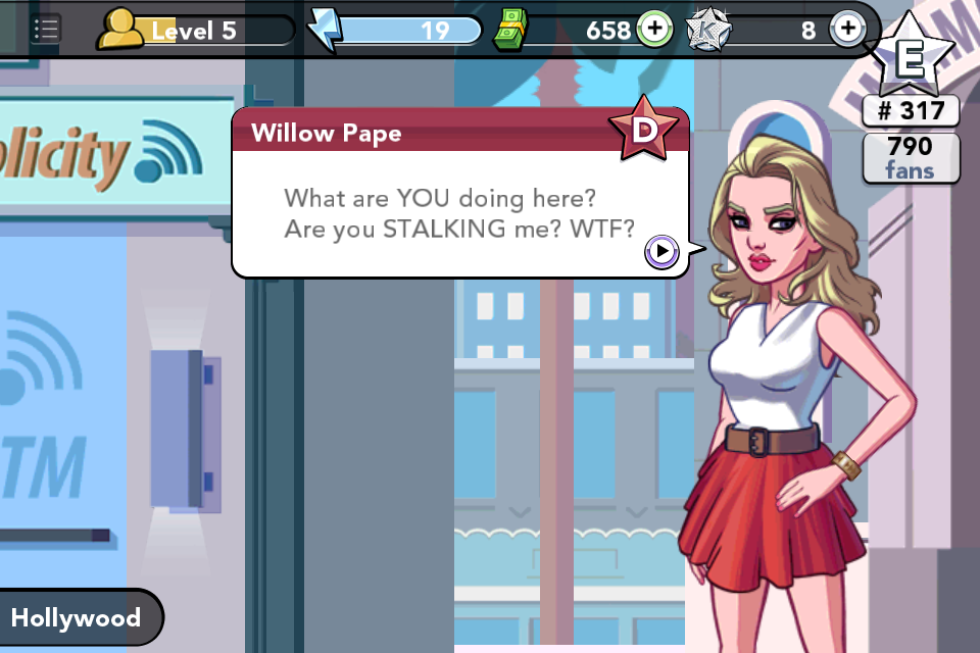 screenshot from the game

When you first meet Willow in the game, she accuses you of flirting with her boyfriend (you weren't). Then she immediately takes the fight to the in-game version of Twitter to tell all of her D-list fans about how much she hates you. In return, you hate her back. She is your only enemy. According to Kardashian's instagram, the two reunited in Ibiza this weekend. What that means for Willow Pape is unknown.

The climb up the ladder of celebrity 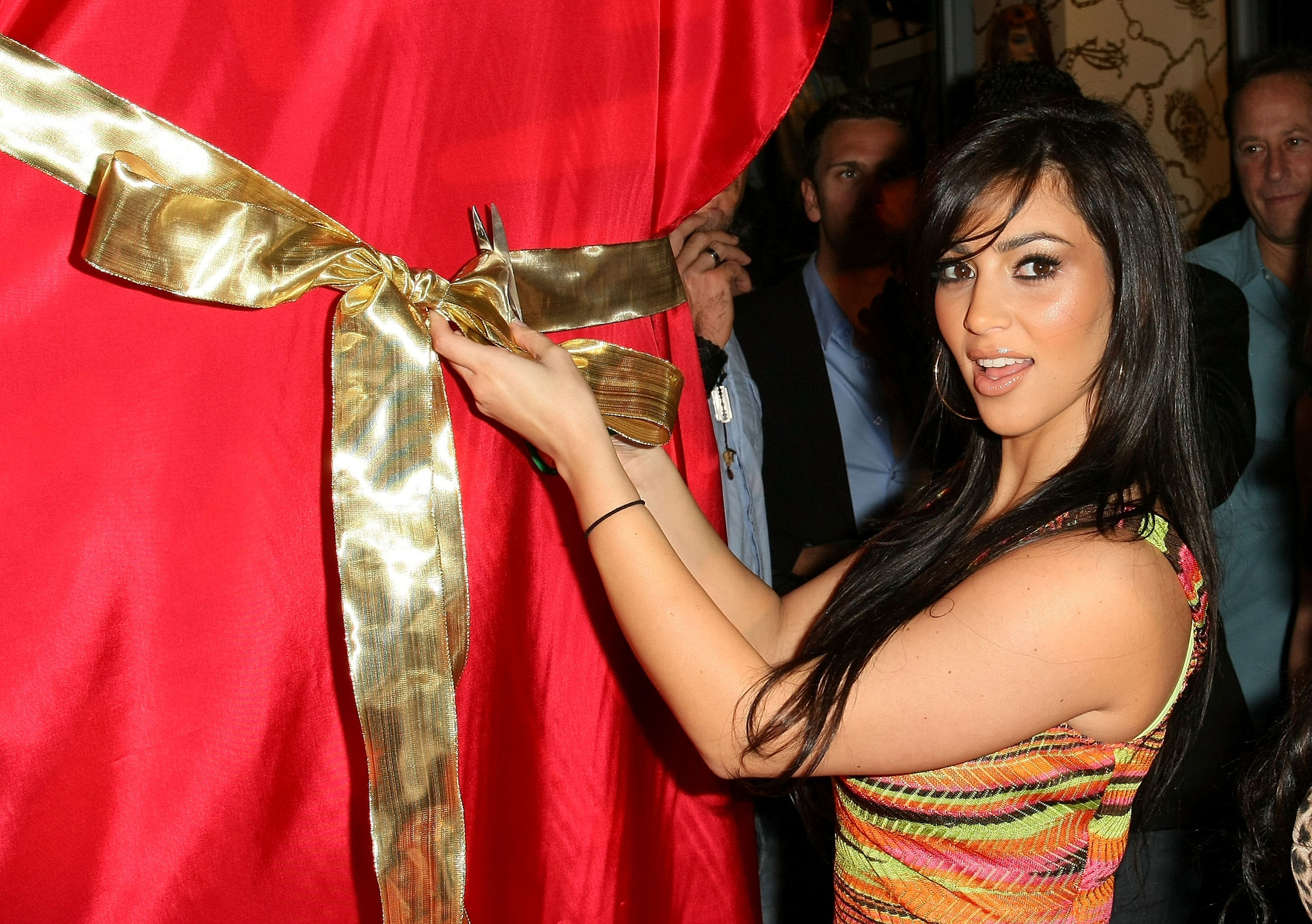 Kim Kardashian in 2007: the year she skyrocketed to fame. Photo by Rodrigo Valera/Getty

When you get to level nine of the game, game-Kim introduces your character to a photographer named Marcel who invites you to do an "organic photo shoot." This is where game imitates life. Just before her new reality series Keeping Up with the Kardashians was set to premiere on E! in 2007, rumors began to swirl that Kardashian had recorded a sex tape with her ex-boyfriend, R&B singer Ray-J.

At the time, Kardashian told Complex, "There is no amount of money that could ever convince me to release any tape, even if I had one." But there was a sex tape, and soon enough it was on the internet (and making money). Kardashian later said that creating that sex tape was the biggest regret of her life, but in retrospect, its release looks rather strategic. She didn't need the money, but she did need the PR boost.

After the sex tape reveal and the launch of her new show, Kardashian did a nude shoot for Playboy in December of 2007. Just as you are supposed to hate Willow and destroy her, it's clear that to win the game you are supposed to do the nude photo shoot. It's good for your fame, which is all that matters. Everything Kim K did from 2007 to 2011 is exactly what you do in the game: go on photo shoots, date famous men, do some interviews, network, charm. 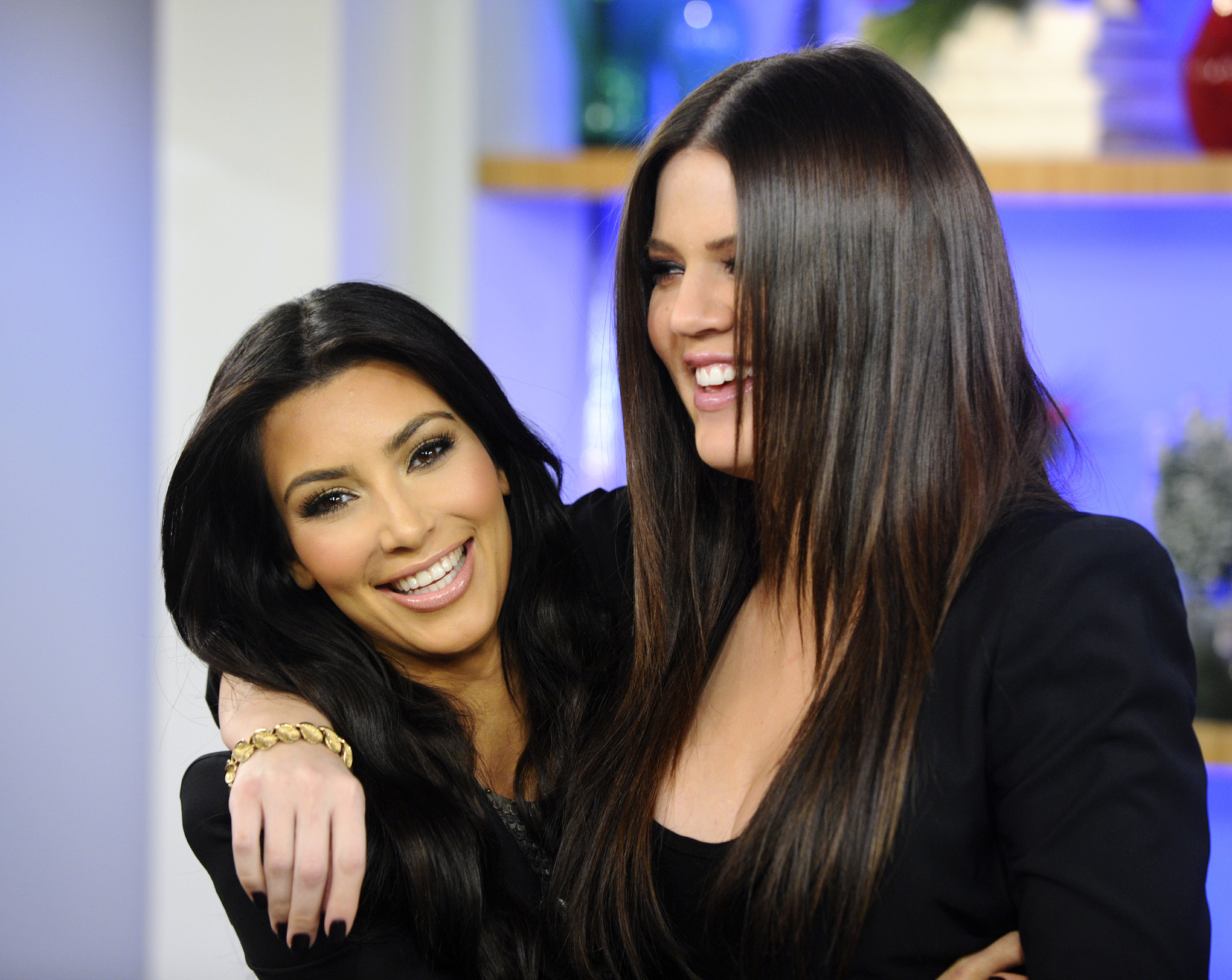 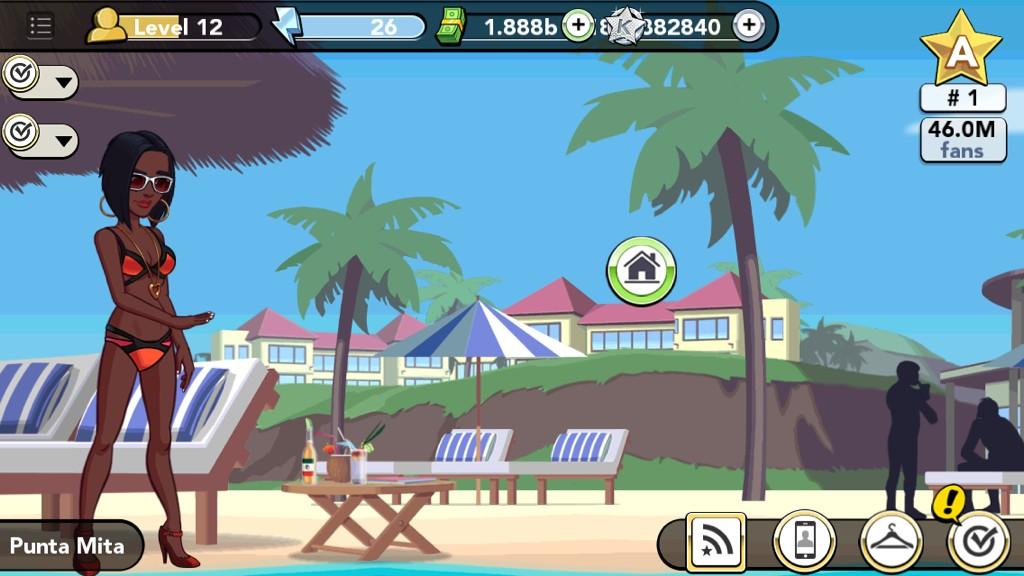 screenshot from the game via @IamAndreaBrown

To win the game, you need millions of fans and to become an A-list celebrity. When exactly Kardashian hit this level isn't entirely clear. In 2010, she began appearing in international advertising campaigns, and her earnings reached 6 millions dollars a year. It's safe to say that by the time she got engaged to NBA player Kris Humphries in 2011, just six months after they started dating, Kardashian was solidly on the A-list. The two were married three months later, and an estimated 5 million people watched their four-hour wedding event broadcast on E!. Seventy-two days later, the couple infamously filed for divorce.

In the Kardashian world, everything can be a publicity stunt. The media blitz of a wedding easily could have been, and was claimed to be by both Kris Humphries and Kim's ex-publicist . Even on the A-list, it's your job to continue to promote yourself, just like Kim does. Kim continued to expand her empire after her ascent with the birth of her first child, with her marriage to rapper Kanye West, and a Vogue cover branding them the #worldsmosttalkedaboutcouple.

That, ultimately, is your goal in the game, not to be loved or admired, but to be talked about. There is no end to the Kim Kardashian: Hollywood experience just as there is no foreseeable end to the reign of Kim K. There is no moment of completion, or crown bestowed. One could ostensibly play Kim Kardashian: Hollywood forever becoming richer in the game as you become poorer in reality. The Kardashian blueprint for fame doesn't allow for slowing down. Leave the game for three days, and Kim will reward your return with three K Stars. If the game teaches you anything, though, it's that to be Kardashian famous, you have to be the center of attention — in people's minds and on their phones. 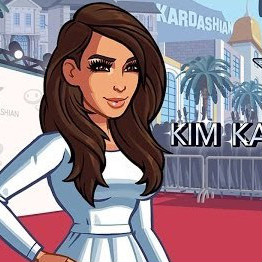 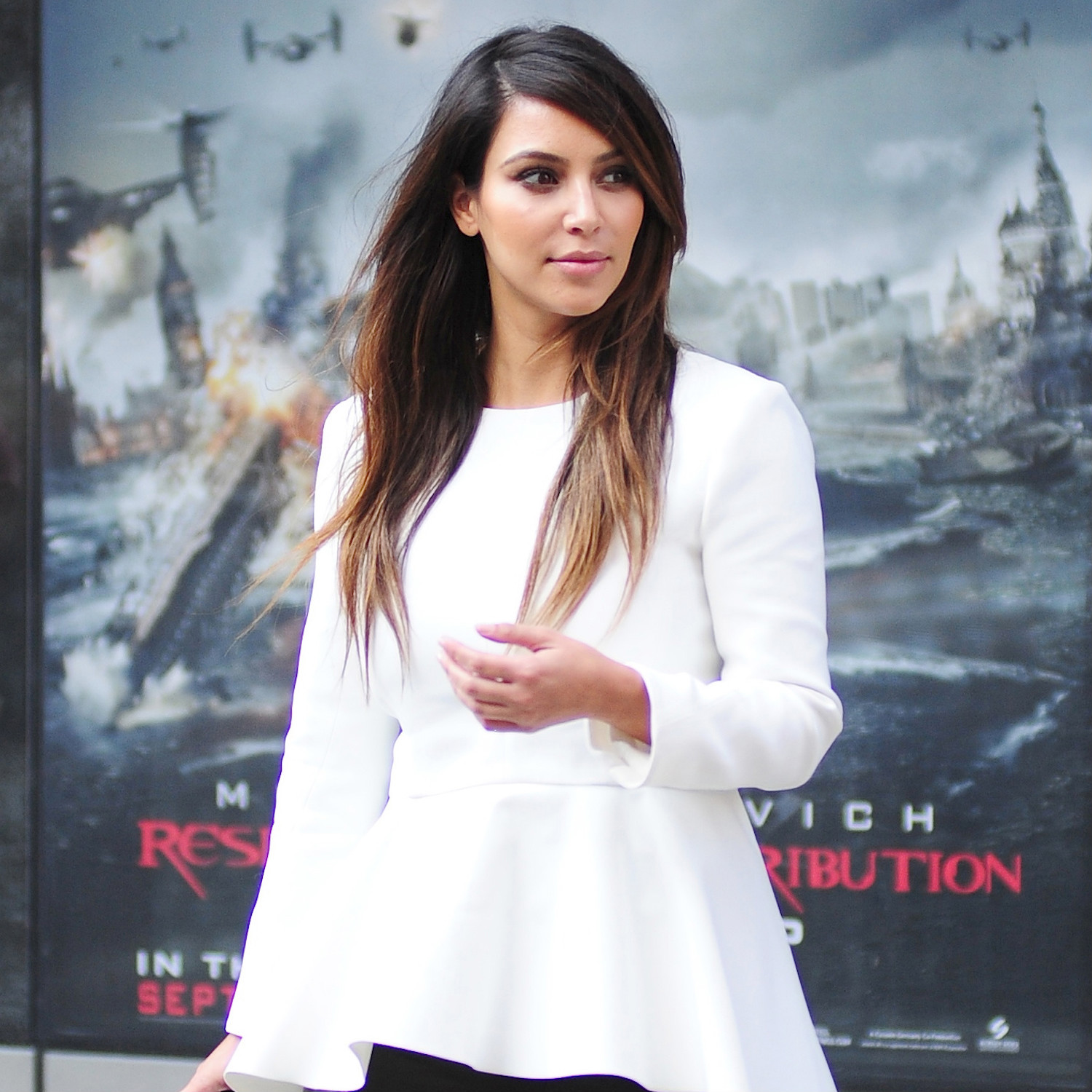 Alo Ceballos/Screenshot from the game