The twisted financial incentives behind the war on drugs

Share All sharing options for: The twisted financial incentives behind the war on drugs

The war on drugs has exacerbated deep racial disparities in the US criminal justice system. There are a lot of reasons for this, including implicit bias and sometimes outright racism among cops and judges. There are also sentencing laws that target crack cocaine, one of the few drugs used more by black Americans than white Americans.

Another explanation for the racial disparities, however, is that the war on drugs can encourage cops to go after easy targets, such as minority communities with little financial and political clout.

Everything you need to know about the war on drugs

Neill Franklin, a retired major who served for 34 years in the Maryland State Police and Baltimore Police Department, witnessed many of these disparities during his everyday work. As a former police officer and executive director of Law Enforcement Against Prohibition (LEAP), which opposes the war on drugs, Franklin is very familiar with the history of drug enforcement. I spoke with him on Wednesday about his experiences and how being on the front lines of the war on drugs influenced his thinking about racial disparities in the criminal justice system. 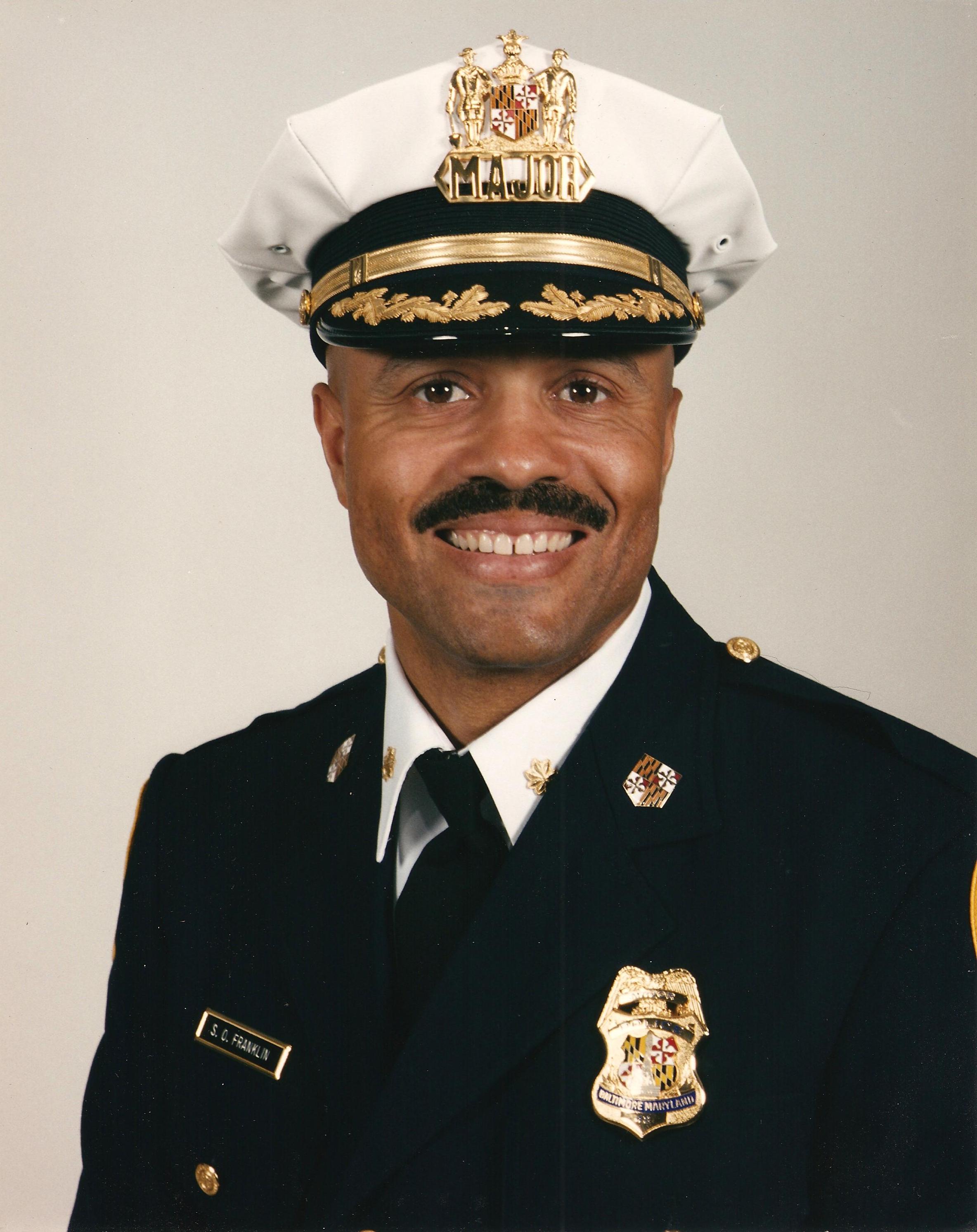 German Lopez: How did the war on drugs lead to institutional racism in law enforcement?

Neill Franklin: The perception that we have of young black men in this country has, historically, always been a problem during and after slavery. But during the transition out of slavery going into the 1800s and 1900s, we started to make some progress for change. Then we started the drug war.

We actually started the prohibition of drugs 100 years ago, in 1914. But it was more a federal effort until the 1970s, when President Richard Nixon started the drug war. Unfortunately, that was around the same time when many blue-collar jobs had left and were continuing to leave our urban centers, where many black males were employed.

GL: What happened then?

NF: When the jobs left, the biggest industry to get into to make ends meet became the drug trade. And those who ventured over to that business, because they couldn't get employment elsewhere, were now subjected to the federal government bribing local law enforcement with grant money to get into the drug war.

I remember in the late 1970s, the money coming to our department in the Maryland State Police. We were able to increase our drug investigative unit. It went from a unit to a bureau almost overnight.

This assistance helped us take out major drug organizations, and we took out a number of them in Baltimore. But to do that, we took out the low-hanging fruit to work up the chain to find who was at the top of the pyramid. It started with low-level drug dealers, working our way up to midlevel management, all the way up to the kingpins.

"We were able to increase our drug investigative unit. It went from a unit to a bureau almost overnight."

GL: Do you think going after these communities created a stigma in law enforcement?

NF: Before we cracked down on drug organizations, we didn't have these open-air markets. The six or seven major drug organizations in Baltimore, that's just not how they operated. There weren't shootouts in the corners because there weren't competing gangs fighting for valuable real estate and selling drugs.

But when we broke up those huge organizations and fractured them into 60 and now 600, that changed the nature of the game. Gangs and crews now take up arms against each other to defend their territory. 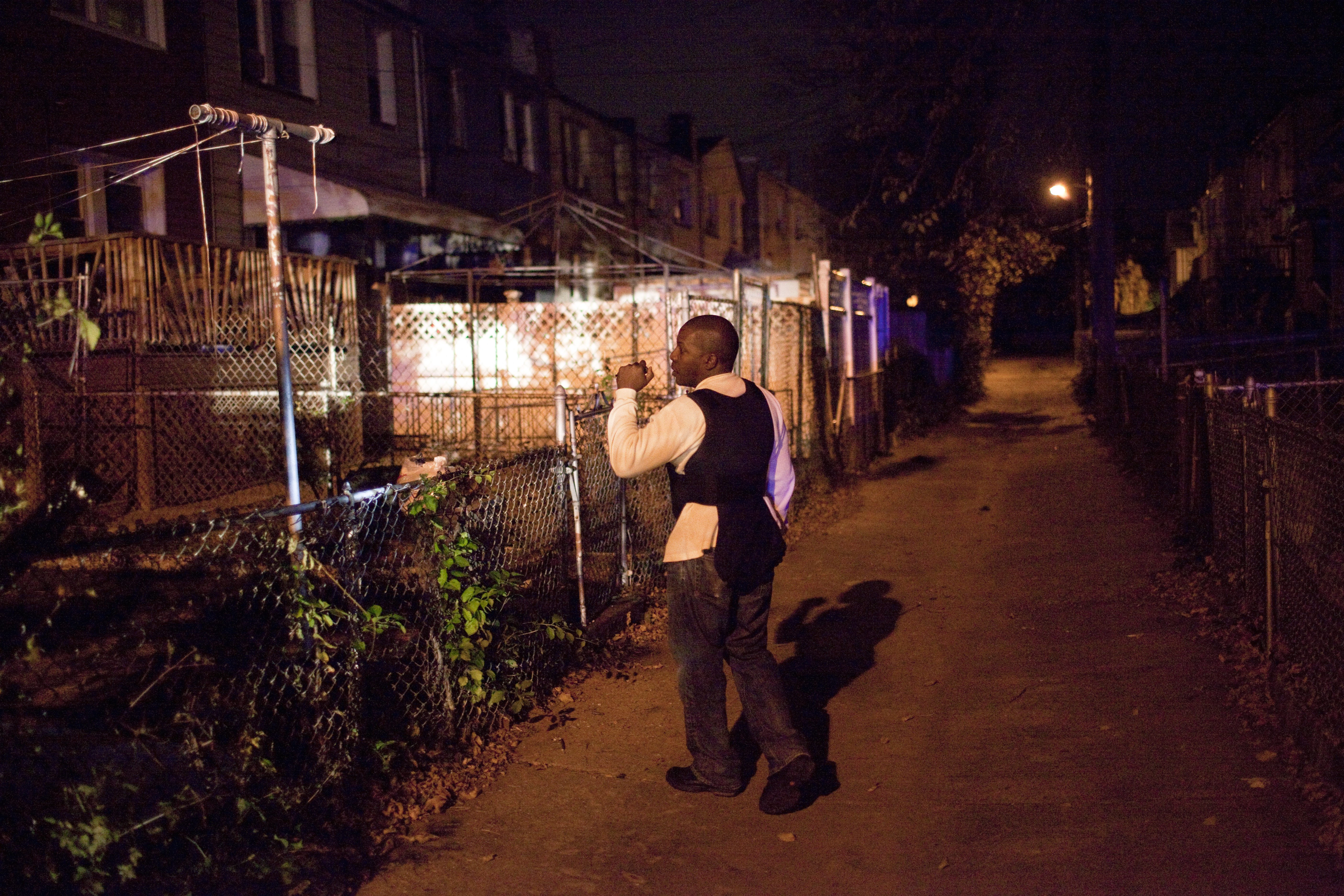 What did we do? We gave them names, such as predators and superpredators. From our perspective, we now had this large population of urban predators who were working these drug corners and shooting at each other.

During all of this, the media is having a field day covering the murders and shootings. They report who's a suspect in the shooting. Day in and day out, it's young black males. That makes people think, "Oh my god, we have this epidemic of superpredators among young black males!"

GL: Knowing about bias on the police force, how did you deal with those disparities for yourself and the lower ranks?

NF: I had the pleasure of running police training divisions in the Maryland State Police and, after I retired from there, the Baltimore Police Department.

"we all have this subconscious bias. Even me, as a black police officer, I felt the same."

One of the things we really emphasized in these training exercises, both for recruits and in-service folks, was that we all have this subconscious bias. Even me, as a black police officer, I felt the same. When I would be in certain parts of the city and see young black males, it would run through my mind, "What are they up to? Are they dealing?" That's because of what we've been bombarded with for so many years from so many different directions, including the media. Practically all of us felt this way.

In the academy we were taught that, number one, we need to be aware of this bias we have toward young black and brown people. The key here is that being aware can help officers control their reactions and how they behave. Knowing that these thoughts will run through the mind and be in the mind, that's hard to control. But an officer can control how he responds and how he reacts to those thoughts. That's what we taught.

GL: Do you think the training is enough? 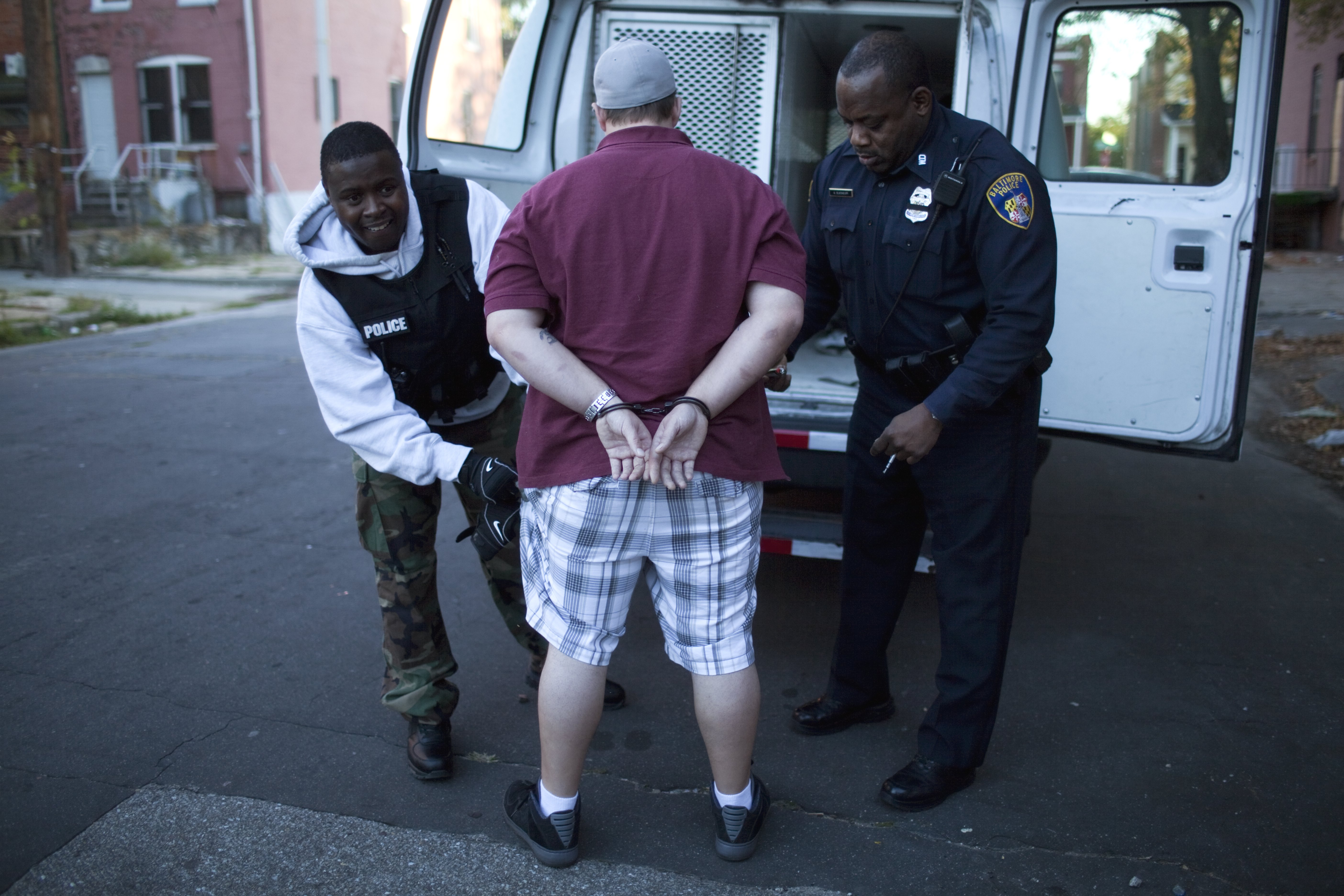 NF: No. The training is only half of it. The second half is first-line supervision. How much are these supervisors — in this case, patrol sergeants — engaged in assessing squad members' work and then coaching their officers?

But what that means is that sergeants have to have the proper guidance, training, and evaluation for this sort of thing. Unfortunately, these sergeants were not too long ago patrolling and going through the same dirt. And getting that promotion has very little to do with their capability to coach and manage community relations. It has too much to do with how many arrests they make and tickets they write.

GL: I know in places like Ferguson, some towns get a lot of their revenue from police giving out tickets. Then there are grants all across the country that encourage cracking down on drugs. Do you think these revenue sources give a perverse incentive to police?

NF: Oh, yes. They have a significant impact. 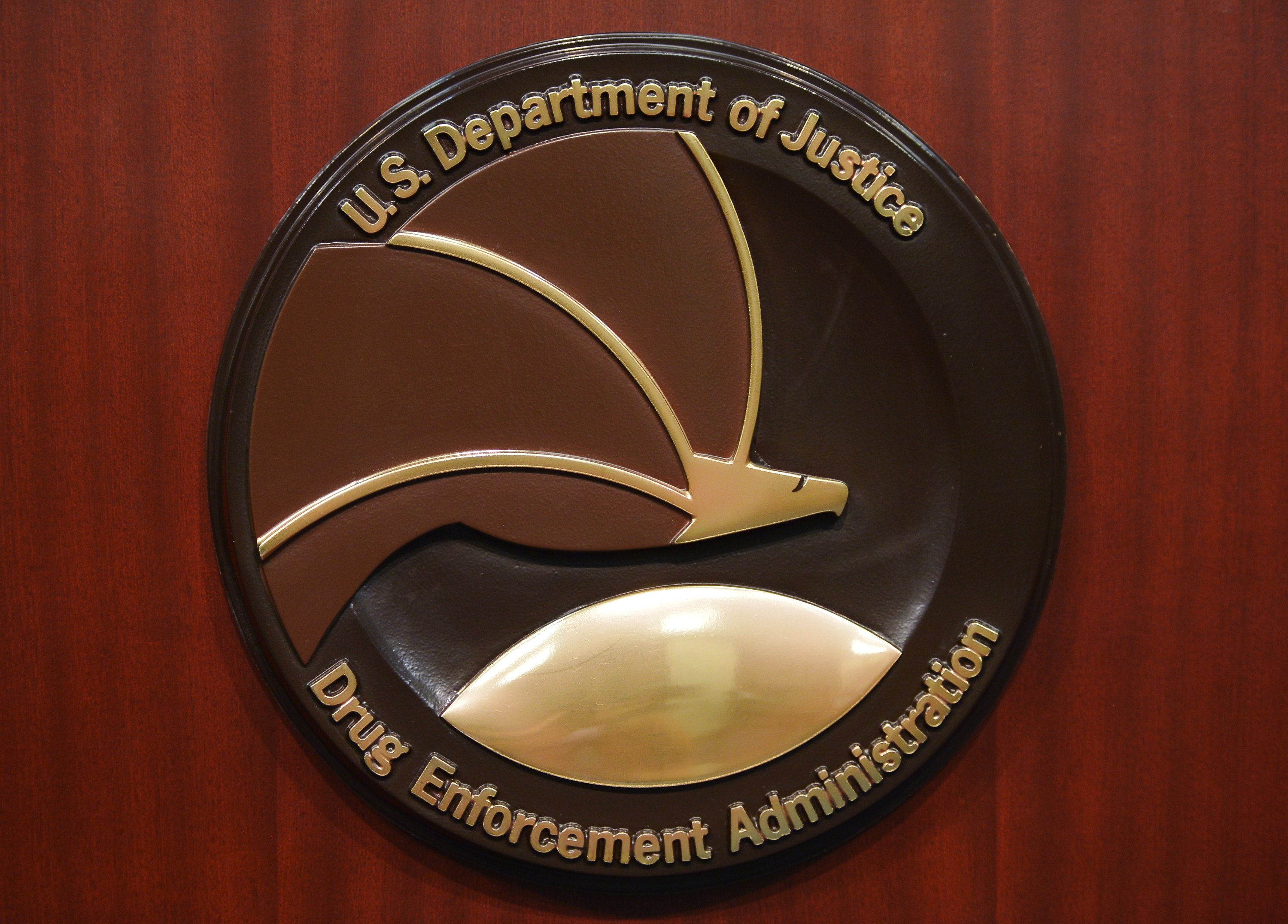 The Drug Enforcement Administration is the federal arm of the war on drugs. (Mandel Ngan/AFP via Getty Images)

My last year in Baltimore, I was chief of human resources. Among my duties was to handle these state and federal grants for the department.

One of the requirements for completing a federal grant application for funds to combat drugs was showing how many drug arrests we made. The thinking was that the more drug arrests you have, the more significant your drug problem. If you have a significant drug problem, the federal government will give you more funds.

So what did we do? We had our officers go out and make as many drug arrests as they could. Where did we do that? We did that in communities of color.

Yes, it was that easy. Most of the people in these impoverished communities are always in the streets. They sell on the street corner. They have no political power or capital and no financial power, so there's also very little pushback. Doing these evening and afternoon sweeps meant 20 to 30 arrests, and now you have some great numbers for your grant application. [GL: This grant program has been reformed to no longer use number of arrests as an accountability measure.] 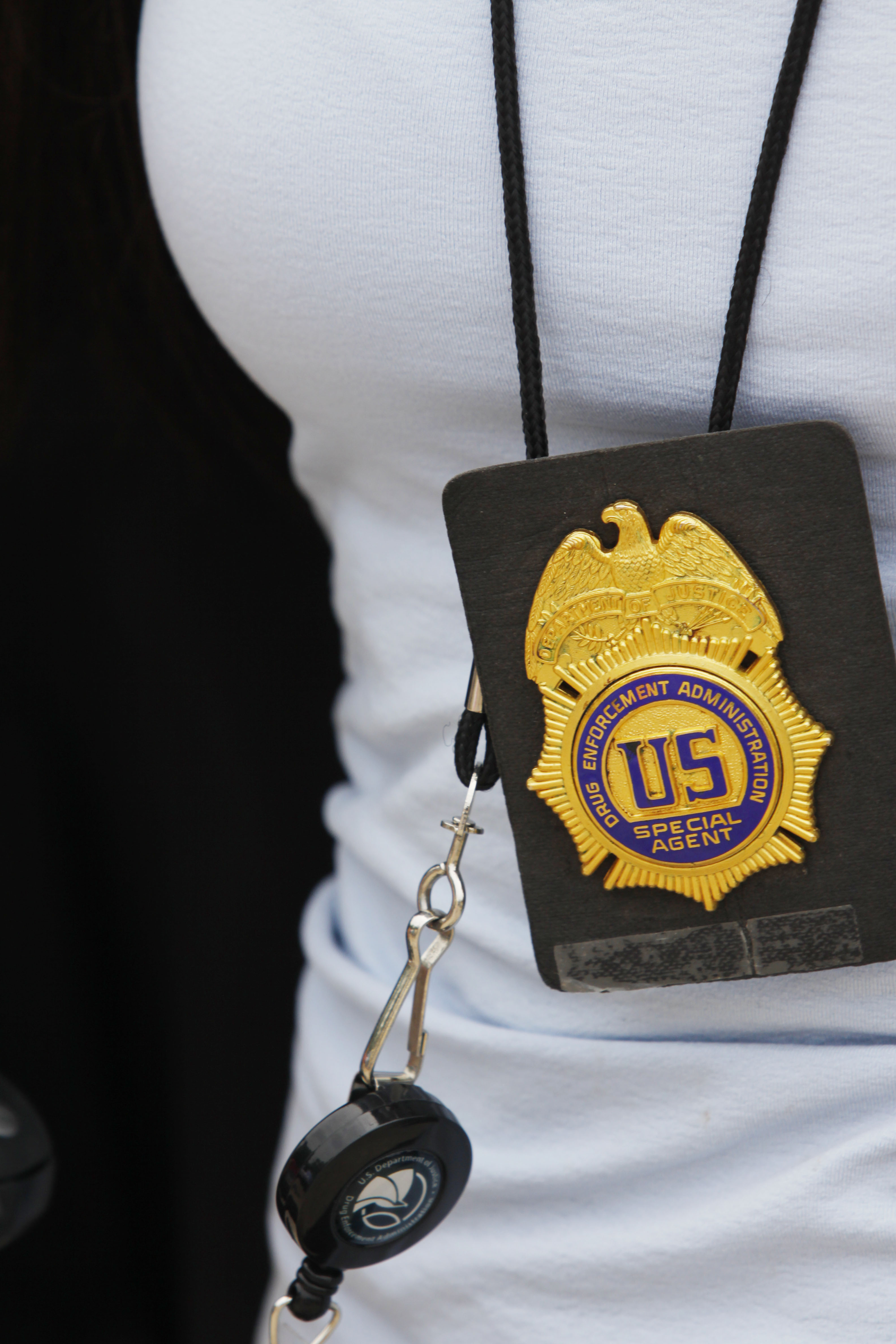 In that process we also ended up seizing a lot of money and a lot of property. That's another cash cow.

GL: You alluded to how these minority communities are easier to crack down on, even though they're not more likely to use drugs or sell them. One explanation I've heard is that white drug dealers tend to sell indoors. Is that right, in your experience?

NF: Right. They do it the way the black community used to do it. When you go back to the moments prior to Nixon's drug war, major drug organizations did most of their dealing by word of mouth. It was a network of friends. People contacted their friends, told them they needed whatever. It was all done behind the scenes and indoors. It wasn't done in street corners.