Stunning before and after images of California's drought

Share All sharing options for: Stunning before and after images of California's drought

California is currently suffering through its worst drought in at least a century, with 82 percent of the state facing "extreme" or "exceptional" drought. The before-and-after photos below offer a visual look at just how staggering the change has been.

Justin Sullivan, a photographer at Getty Images, recently took a number of aerial shots of California's Lake Oroville, the state's second-largest reservoir and a popular fishing and recreational site. He then compared them with similar images from 2011 taken by Paul Hames of the California Department of Water Resources.

Three years ago, in 2011, the lake was relatively flush with water. Today, the lake is at just 32 percent capacity (when full, it can hold 3.5 million acre feet of water). Run the slider over each picture to see the dramatic change:

Before and after of the Bidwell Marina in Lake Oroville 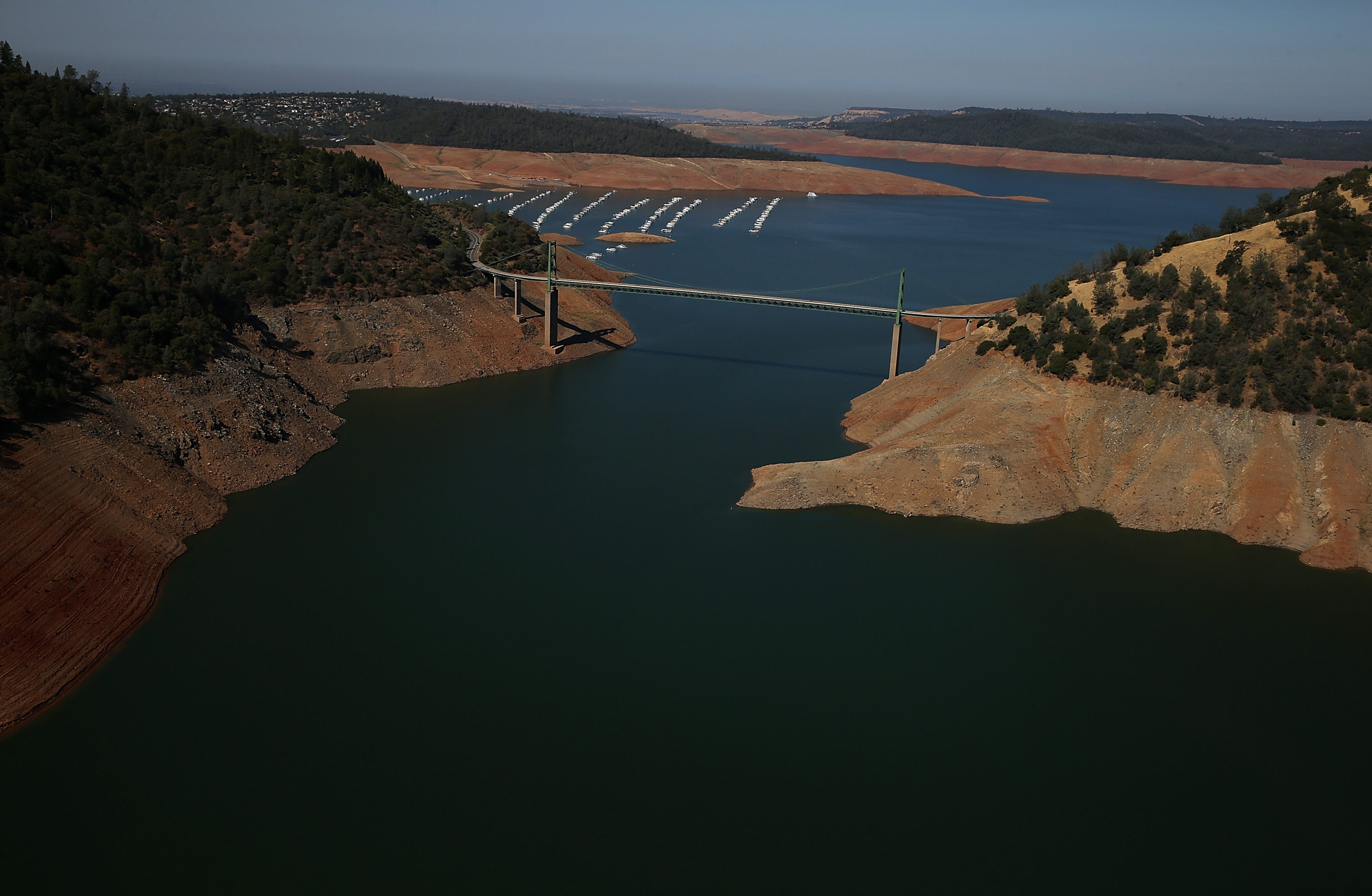 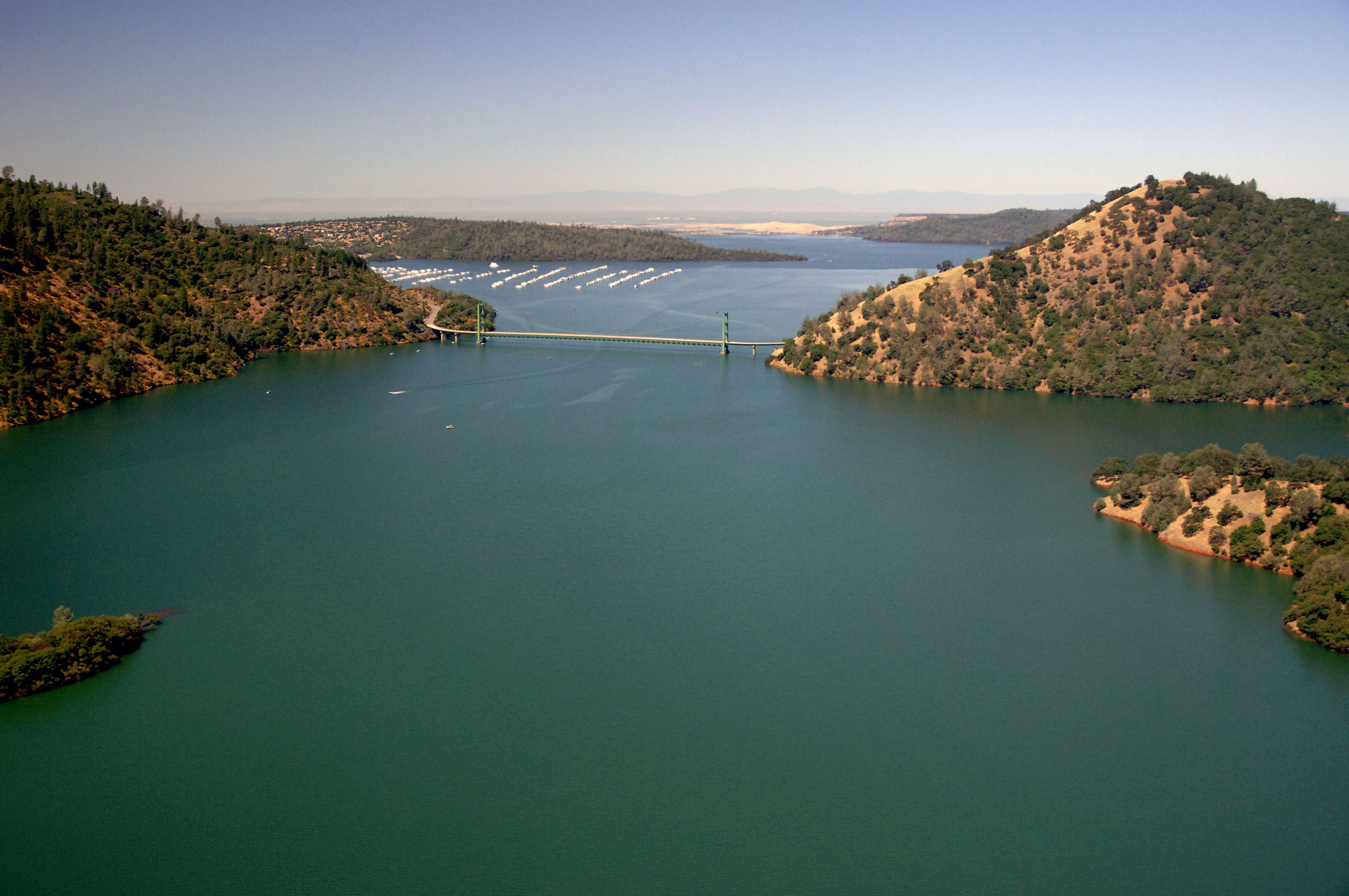 Before and after of the Enterprise Bridge 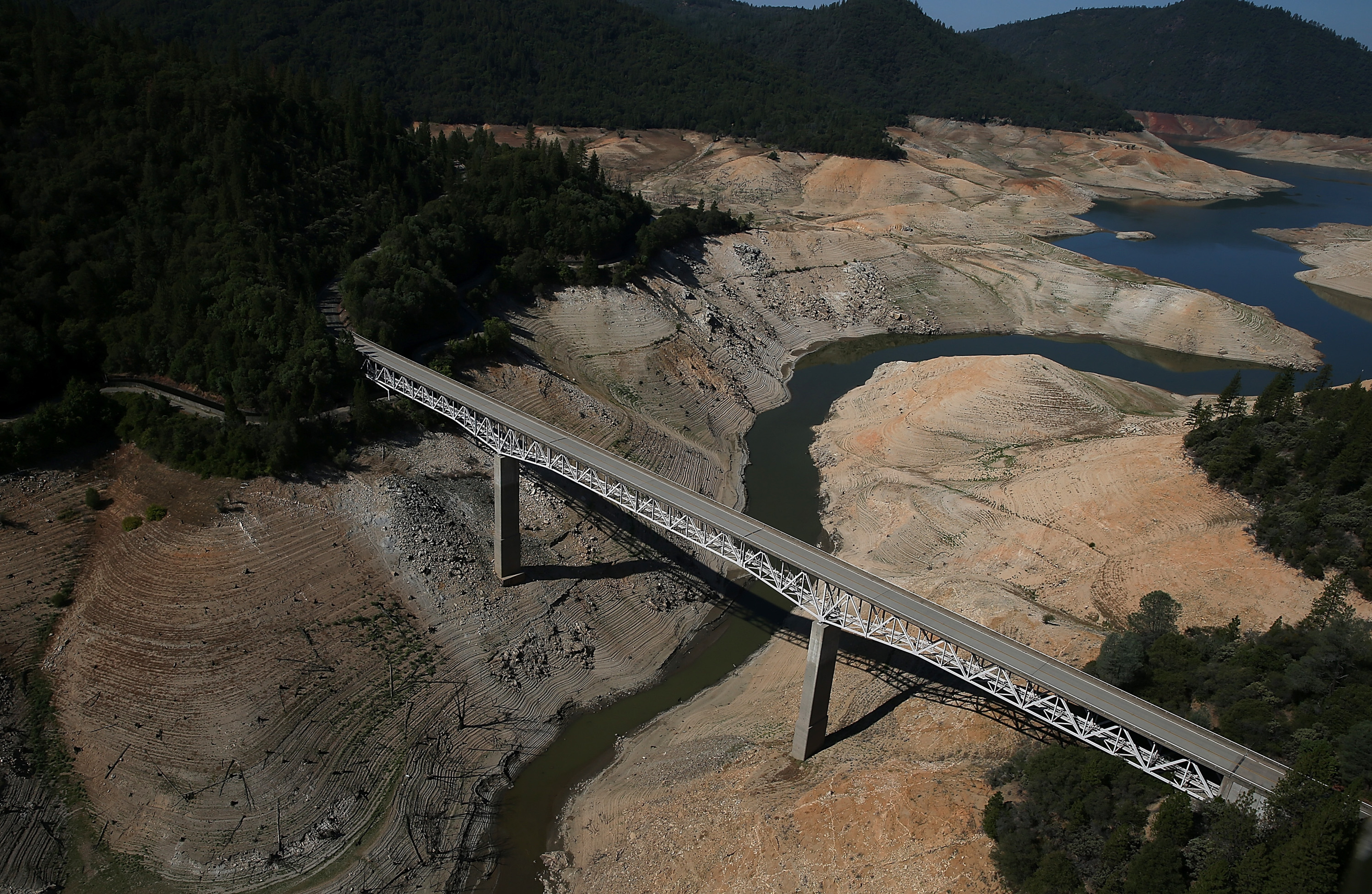 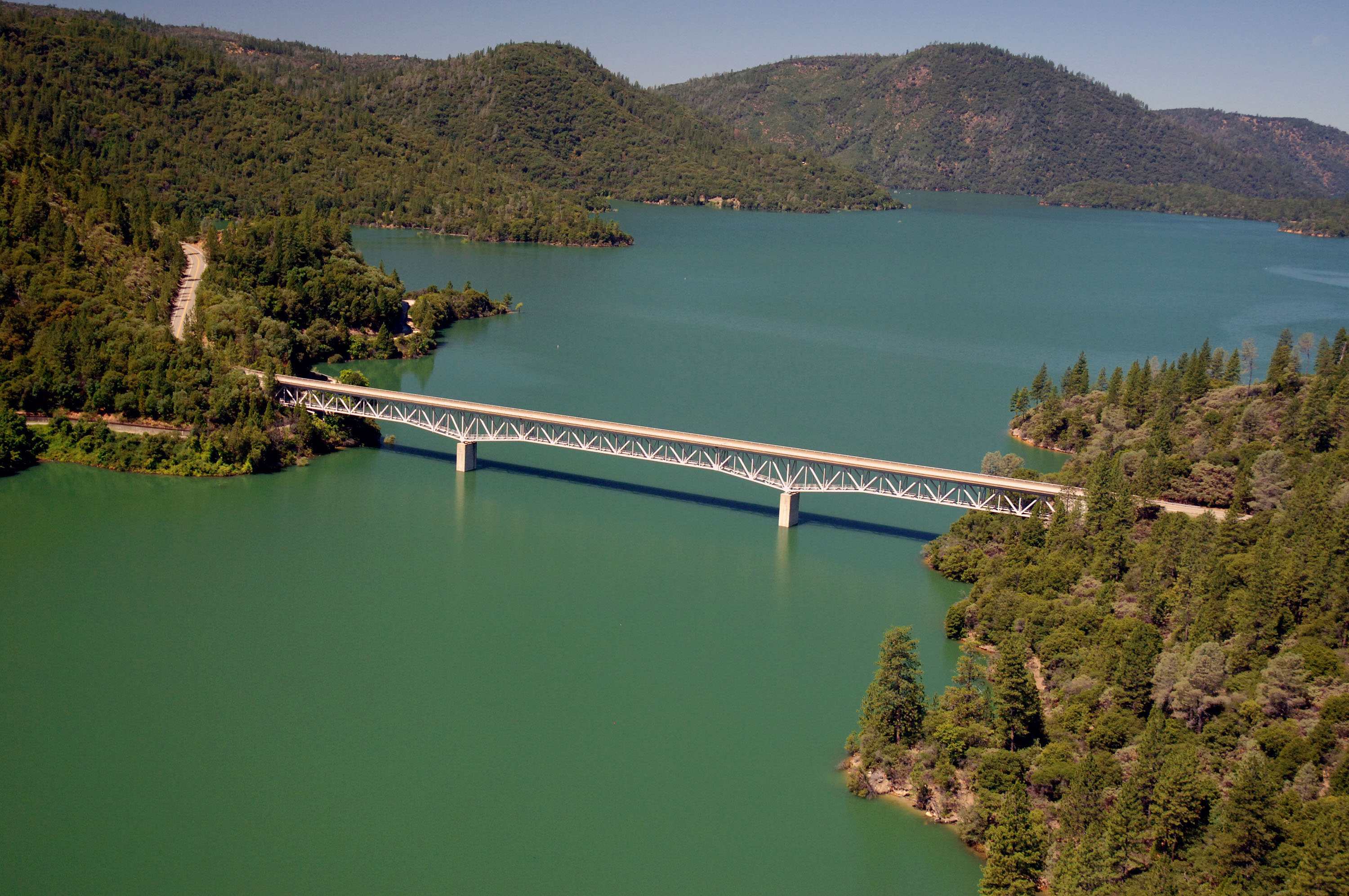 Before and after of boats in the Bidwell Marina 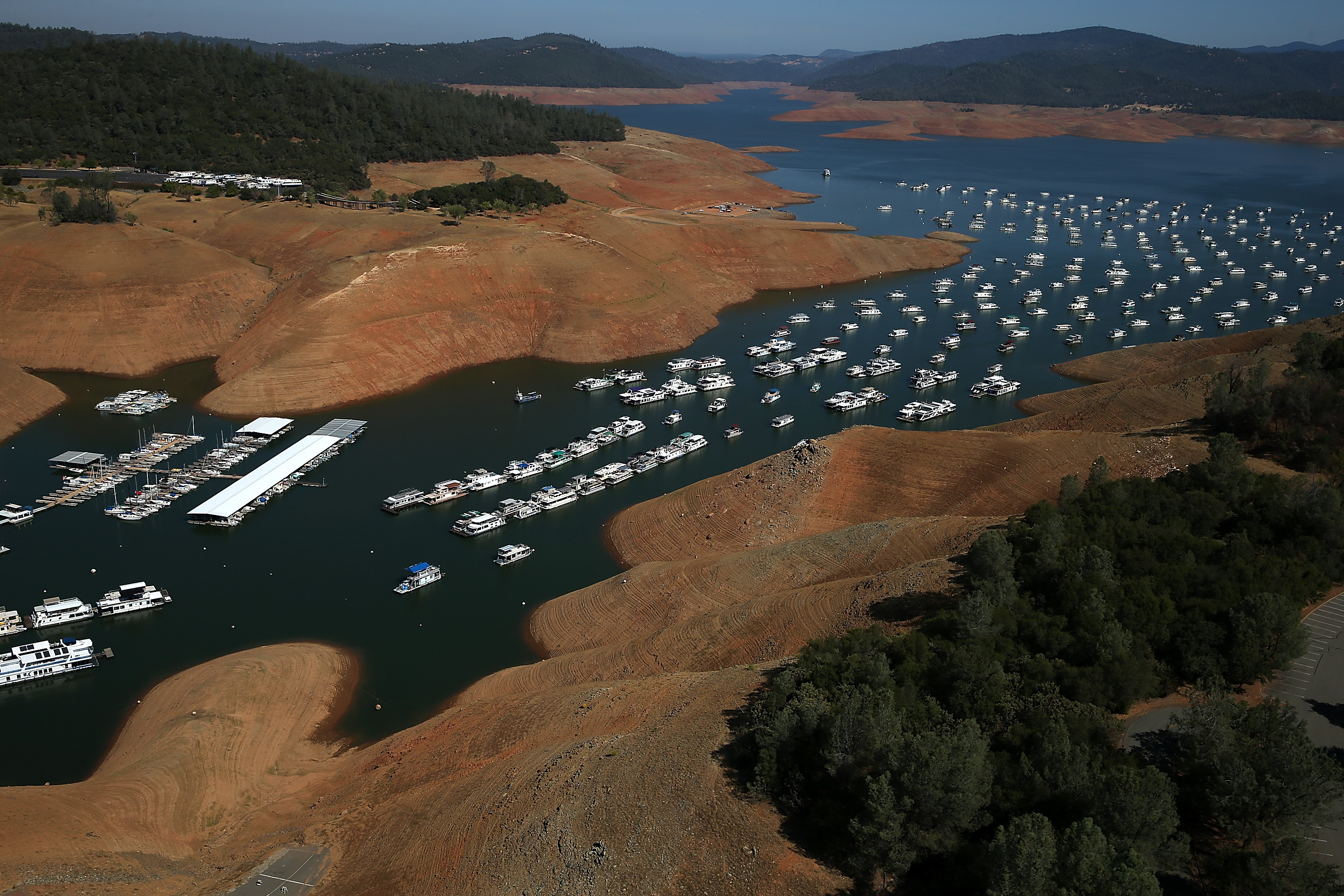 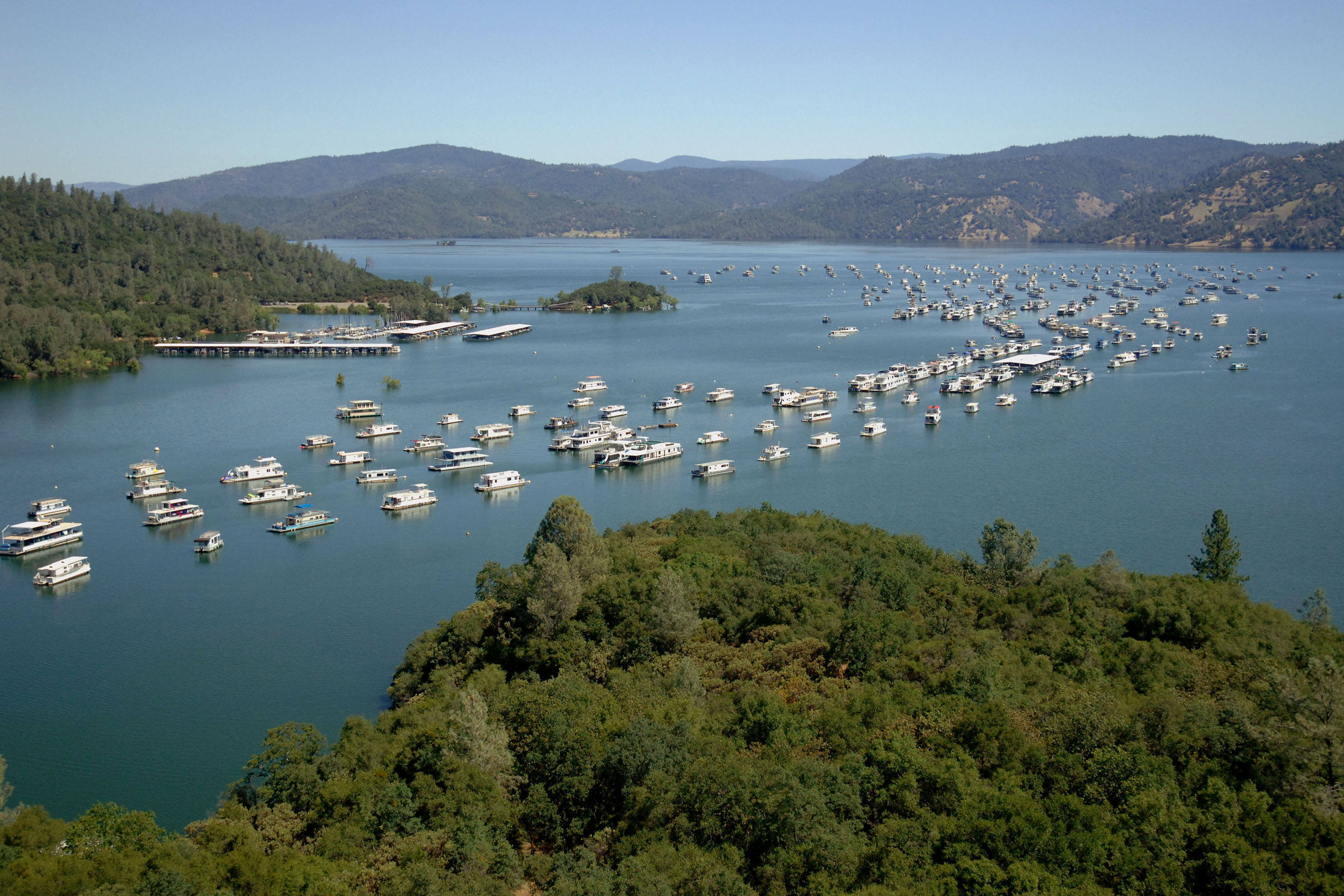 So what's going on here? As KQED's Dan Brekke pointed out back in April, Lake Oroville tends to rise and drop with the rain and snow — that's nothing new. Indeed, dry years in 2008 and 2009 also brought the lake down to similarly low levels. But then a series of storms helped build up the snowpack in the Sierra Nevada mountains and the spring runoff recharged the reservoir. By April 2013, the lake was back up to 90 percent capacity.

But levels again fell dramatically this year — a warmer-than-usual winter meant that there was little snow in the mountains. At this point, the lake is down to 32 percent capacity — and water managers are limiting deliveries and conserving as much as possible, just in case this drought continues for more years to come.

This isn't an isolated incident. A recent study in Science found that the West has lost some 63 trillion gallons of surface and near-surface water during the current drought. Many of California's other key reservoirs are also running low. Shasta Lake, the state's largest reservoir on the Sacramento River, is at 30 percent capacity. Trinity Lake is at 29 percent capacity.

Earlier this year, there was some hope that El Niño would arrive in the Pacific, bringing wetter weather to California this winter (and helping to recharge the reservoirs). But scientists are now dialing back their expectations for El Niño, and its unclear how much of a reprieve the state will get.

These reservoirs aren't the only source of water in the state — but they're a crucial one. And with many lakes low or cutting deliveries, California's farmers are increasingly pulling water out of underground freshwater aquifers for their crops. That's troubling because it can take decades for rain to replenish those aquifers — and it means California will be less well-prepared if the drought lasts longer.

Further reading: California hasn't had a drought this bad since at least 1895