How the US, its allies, and its enemies all made ISIS possible

Share All sharing options for: How the US, its allies, and its enemies all made ISIS possible

Who is to blame for the rise of Islamic State in Iraq and Syria (ISIS)? The group's stunning military advances in Iraq and Syria have, together, built the most important safe haven for Islamic extremists since Taliban-held Afghanistan, and possibly ever. So it is important to understand where ISIS came from — and how it got so strong.

The truth, as usual, isn't simple. No one person or group can be blamed for ISIS's rise. The Iraqi and Syrian governments played a major role, but so did the United States, Iran, and Gulf monarchies like Saudi Arabia. This doesn't just shed light on ISIS's past and on the tangled web of responsibility for its rise. It also illuminates much larger problems: the unpredictability of proxy wars, the danger of unintended consequences, the ways in which conflict can favor extremists, and the scale of how difficult it will be to eliminate all of the factors that have led to ISIS. 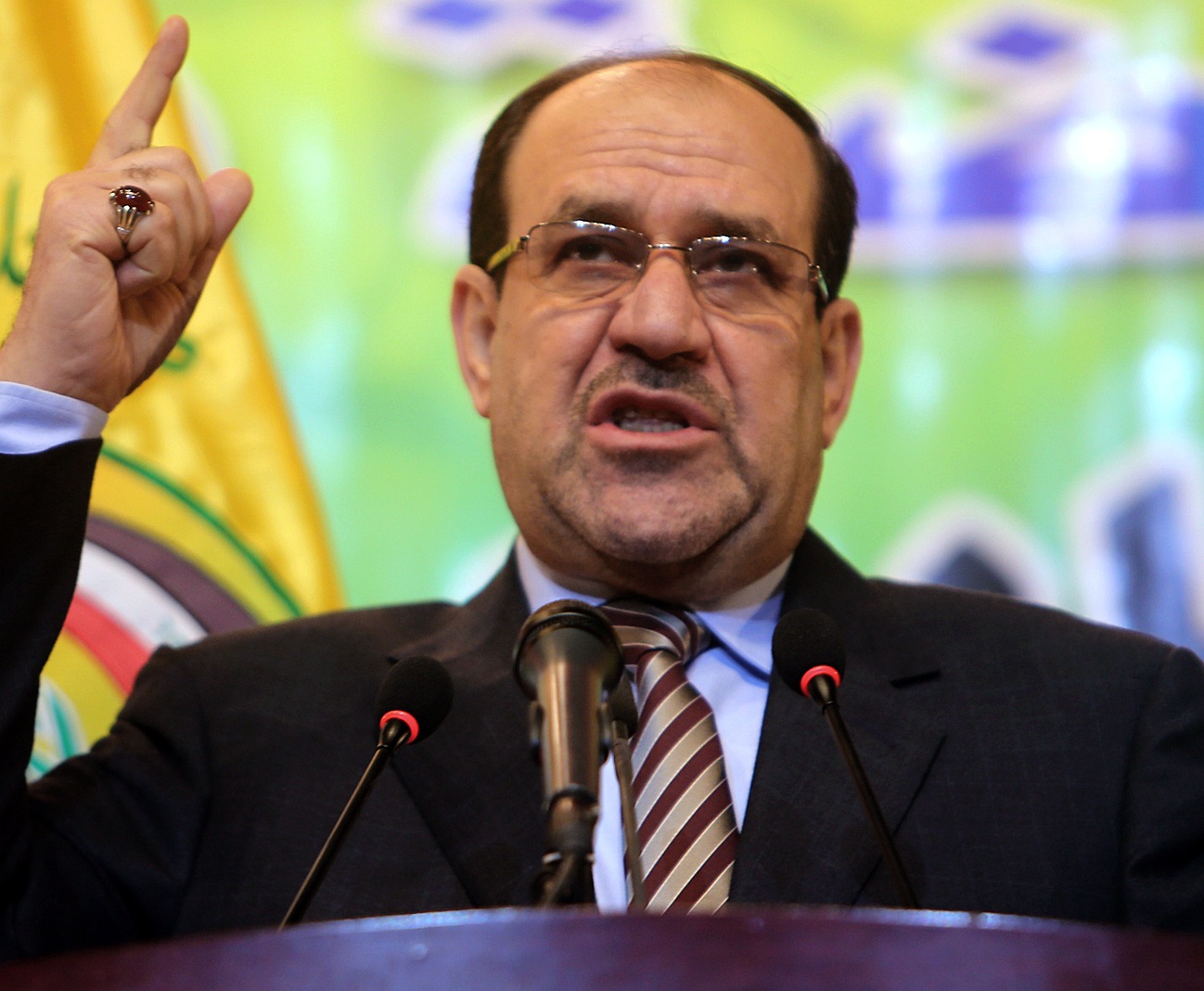 This is the most obvious culprit. Iraqi Prime Minister Nouri al-Maliki, a lame duck recently voted out by his own party, since 2006 has run an authoritarian, Shia government that systematically excluded Sunni Iraqis from power and favored the country's majority Shia population. That played a major role in allowing ISIS to push so successfully from Syria into Iraq this year. Here is an incomplete list of terrible Maliki policies that have contributed to this:

And there's much, much more where that came from. Maliki's policies convinced a number of Iraqi Sunnis that the Iraqi government would never treat them equally, making ISIS and other Sunni militias seem like a comparatively attractive alternative. That's a big part of how ISIS managed to gain so much power in Sunni Iraq in such a short period of time.

But it's not just Maliki. Many other leading other leading Iraqi Shia politicians are as hostile to Sunnis as Maliki is, if not more so. Internal Shia politics have frustrated some of Maliki's more conciliatory attempts, such as his effort to reform the ex-Saddam laws he himself had used to oppress Sunnis. Still, blaming Maliki alone for ISIS's rise would miss the broader picture: Iraqi Shias as a group are skeptical of taking steps to help Sunnis feel more included. 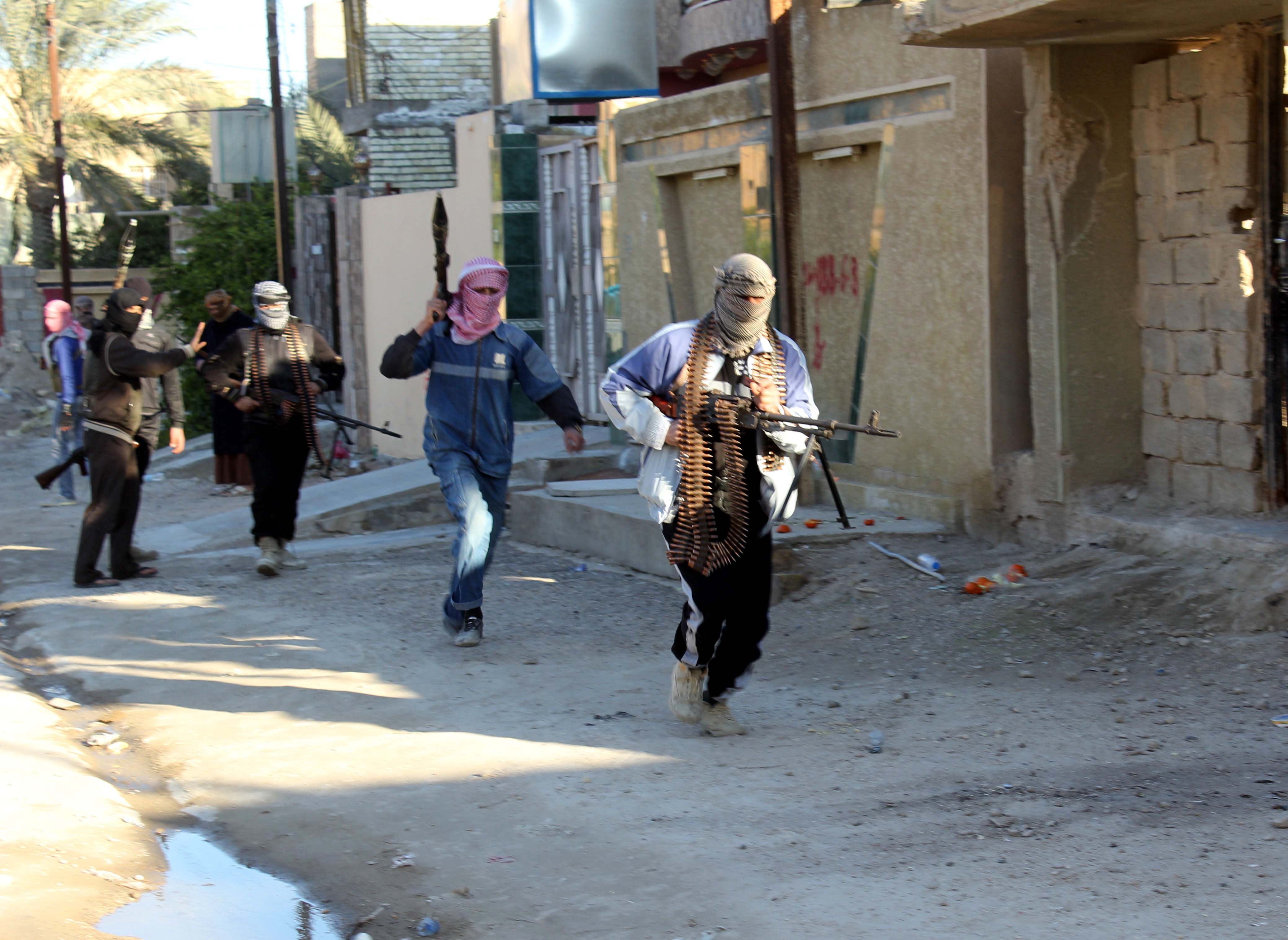 If there's one thing we learned from the defeat of ISIS's previous incarnation — al-Qaeda in Iraq — in 2008, it's that ISIS can't survive without popular support. So the tacit backing that ISIS is getting right now from a number of Iraqi Sunnis is critical to the organization's rise and continued viability. To be clear, this does not mean that all or even most Iraqi Sunnis are ISIS fans — the group also rules through fear and force, after all, and a number of Sunnis have fled ISIS's advance — but a real degree of popular Sunni support does exist.

Part of that tacit support is the result of Iraqi government policies. But other parts of it have to do with Sunni skepticism towards the Iraqi state itself.

"The most significant factor behind Iraq's problems," Georgetown University's Shireen Hunter writes, "has been the inability of Iraq's Sunni Arabs and its Sunni neighbors to come to terms with a government in which the Shias, by virtue of their considerable majority in Iraq's population, hold the leading role." Basically, the Sunni minority ran the government when Saddam was in charge, and they believe they still ought to be the leading power today.

"All along, the goal of Iraqi Sunnis has been to prove that the Shias are not capable of governing Iraq," Hunter writes. "The Sunnis see political leadership and governance to be their birthright and resent the Shia interlopers." So long as Sunnis are hostile to the very idea of a majority Shia government — as any Iraqi democracy inevitably would be — they'll be willing to look for alternatives. Today, that means a certain amount of support for ISIS.

This is true to a degree in Syria as well, where Bashar al-Assad's Shia-run dictatorship has long alienated the country's Sunni majority. At first, angry Sunnis formed anti-Assad militias that were not principally about Islamist extremism, but as the war raged on, jihadist groups were able to take hold. That eventually included ISIS. 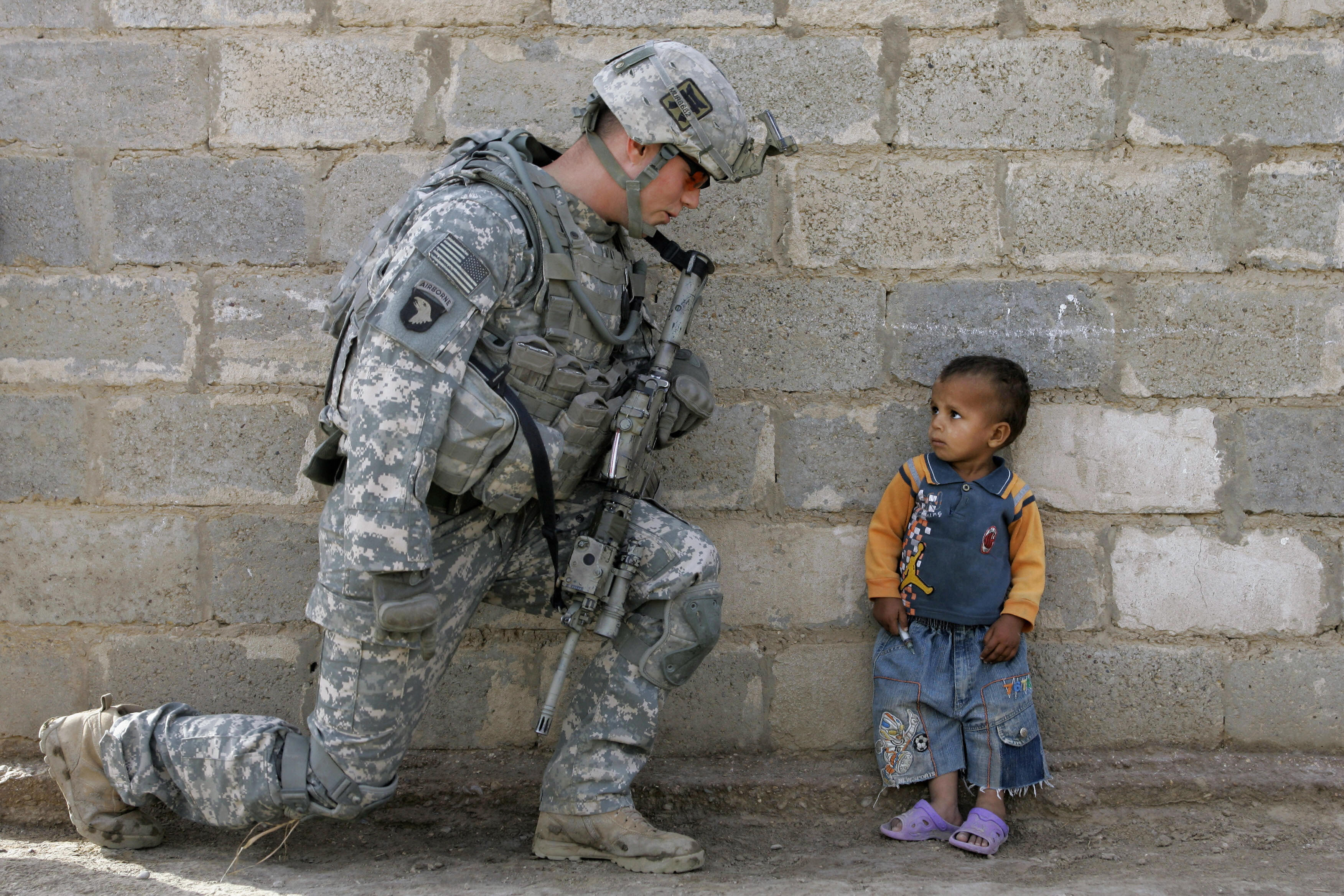 A US soldier with an Iraqi child in Baghdad, 2008. Mauricio Lima/AFP/Getty Images

The most obvious way in which the US bears responsibility for ISIS's rise is the 2003 invasion of Iraq. The United States invaded Iraq, accidentally sparked a sectarian civil war, and generally created the conditions for what was then al-Qaeda in Iraq to flourish. Without the American invasion, al-Qaeda in Iraq never would have been so strong, and ISIS never would have grown out of it.

While you may have heard that American inaction since its withdrawal from Iraq has been important in helping ISIS, that pales in comparison to the contribution of the invasion itself. A residual American force in Iraq may have been able to help blunt ISIS' Iraqi offensive in June 2014, and US bombing of ISIS targets in Syria might have weakened the group somewhat. But the predominant causes of ISIS's rise in the two countries — internal Iraqi politics and the Syrian civil war itself — couldn't be solved through American military action.

On paper, Syrian President Bashar al-Assad should be one of ISIS' greatest enemies. Assad runs a Shia dictatorship and ISIS is a Sunni extremist group. Assad is trying to regain his grip on all of Syria, and ISIS currently holds a big chunk of the country.

Except Assad has deliberately nurtured ISIS, or at least tacitly allowed its rise, as a means of marginalizing more moderate rebels whom outside powers like the US might have supported against him. The Syrian dictator and ISIS seem to have made an implicit deal: ISIS temporarily gets a relatively free ride in some chunks of Syria, while Assad gets to weaken his other opponents. This allows Assad to divide the rebels, and to force the world to choose between him and ISIS.

"When Islamic radicals took over Raqqa, the first province to fall under rebels' control in its entirety, it was remarkable that the regime did not follow the same policy it had consistently employed elsewhere," Syrian journalist Hassan Hassan writes, "which is to shower liberated territories with bombs, day and night." Assad left ISIS alone because its very existence made an international intervention to stop his mass murder of Syrians less likely.

If Assad had assaulted ISIS-held territory with the same fervor he brought to the fight against other Syrian rebels, the group almost certainly wouldn't be as strong as it is today. 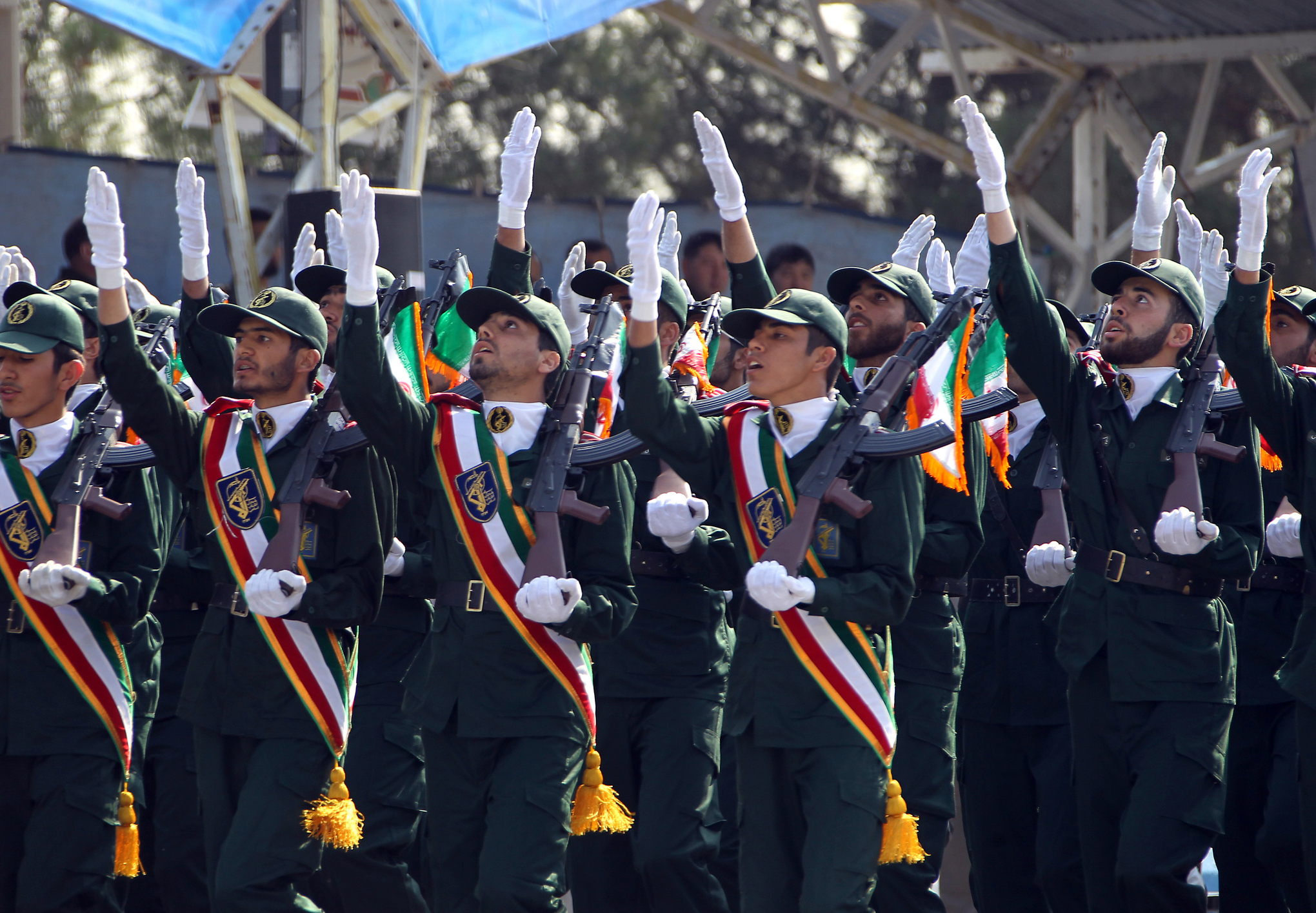 Though Iran is allied with Syria and helping Assad more than anyone, the Iranian government is much more serious about fighting ISIS. They're providing hefty military support to Iraq's campaign against the group, including battlefield direction from Qassem Suleimani, the powerful commander of the Iranian Revolutionary Guards' elite Quds force.

Yet like the US, Iran has played an important, if unintended, role in ISIS's rise — both in Iraq and Syria. Iran was Maliki's strongest backer in Iraq after the American intervention, decisively pushing Iraqi coalition negotiations in Maliki's favor after the 2010 elections. (The US also helped install him in power in the first place.) Iran has sponsored some of the hardest-line Shia militias in Iraq, such as Moqtada al-Sadr's Mahdi Army (Sadr now controls a major political party) and the Badr Organization. These militias, much like Maliki's premiership itself, helped push Sunnis away from the Iraqi government.

Iran has intervened heavily in Syria on behalf of Assad, both directly with Iranian forces and indirectly through its Lebanese client militia Hezbollah. In 2012, when Assad's fall seemed assured, Iran sent thousands of its own troops, Hezbollah fighters, and Iraqi Shia militias to support Assad. It also contributed an enormous quantity of arms and a $7 billion loan to the Syrian war effort.

Iran may very well have saved Assad. At the very least, they contributed mightily to his efforts against the more moderate rebels — creating space for ISIS to emerge as the strongest anti-government Syrian force, gaining in recruits and experience as the war went on. 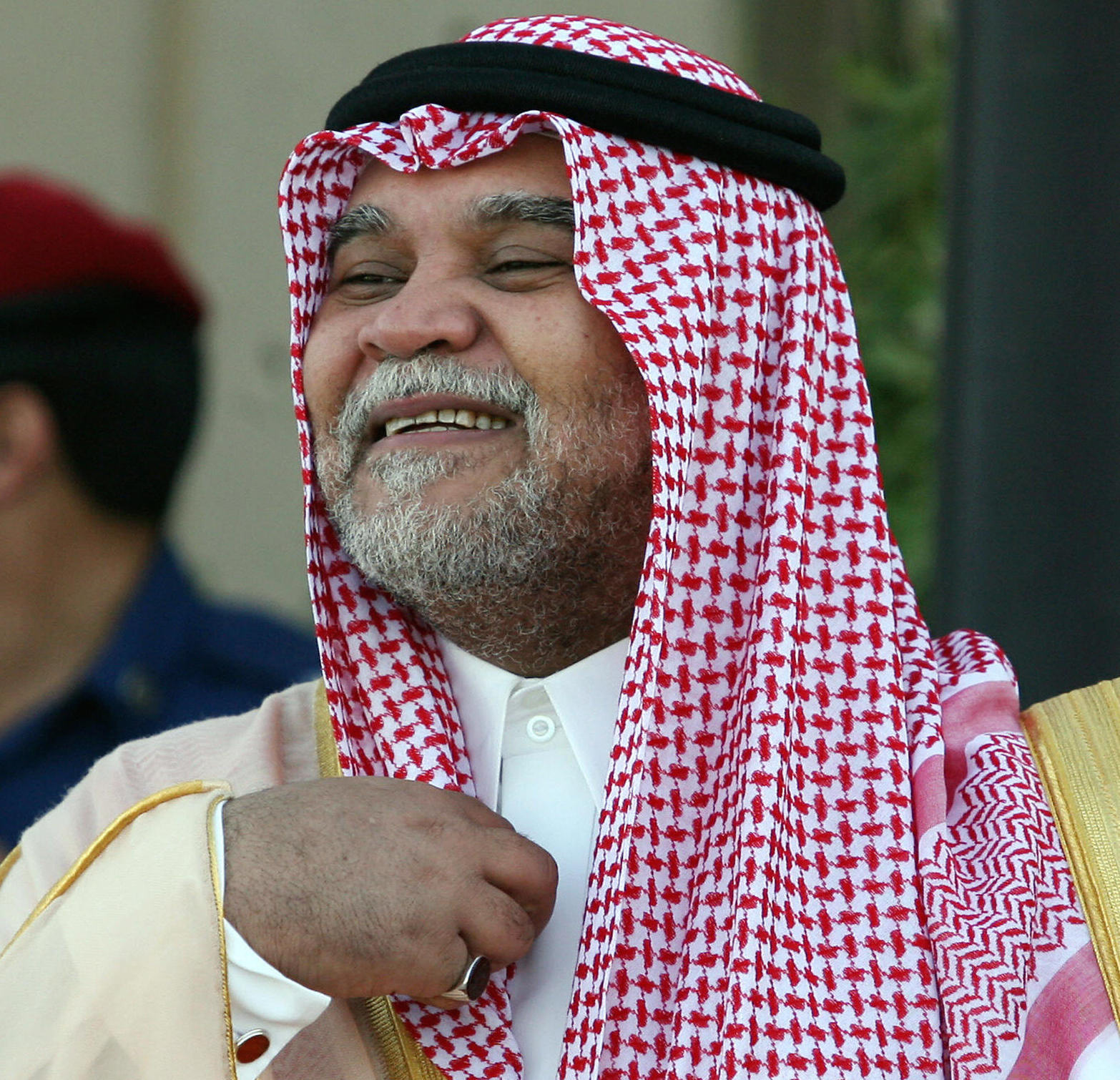 Today, ISIS makes most of its money from oil and organized crime-style rackets. But back in 2011 and 2012, ISIS didn't have this sophisticated fundraising apparatus. Instead, their funding came from friends in the Gulf monarchies — most notably Saudi Arabia, Qatar, and Kuwait.

That's not because these governments share ISIS's extreme jihadist worldview. Rather, it's that they hate the Assad regime and its ally Iran, and wanted to fund Assad's opponents. Just as the Cold War led the US to support far-right militias and governments because they opposed the Soviet Union, these wealthy Gulf states now find themselves indirectly helping ISIS in a regional proxy war against Iran and Assad.

Most of the money that initially went to ISIS, as Josh Rogin details in the Daily Beast, came from private citizens in the Gulf States. Until recently, when the scope of the ISIS threat became clear, these countries had extraordinarily weak laws preventing money laundering. This allowed private donors, often with wink-wink-nudge-nudge sanction from the government, to ship huge amounts of money to Syrian rebel groups — including ISIS.

Today, none of these countries want to cop to supporting ISIS. "ISIS has been a Saudi project," the Atlantic's Steve Clemons quotes a senior Qatari official as saying. The Qataris only (only!) admit to funding Jabhat al-Nusra, which is al-Qaeda's branch in Syria. But funding and arms shipments between these groups are fungible. The only thing that's obvious now is that Saudi, Qatari, and Kuwaiti donors funneled a bunch of money towards Syrian rebel groups at the time ISIS most needed capital — and did it without much regard for who ended up getting the money.