Deaths from opioid painkillers plateaued in medical marijuana states between 2009 and 2010, while other states saw an increase, according to a new study published Monday in the Journal of the American Medical Association. 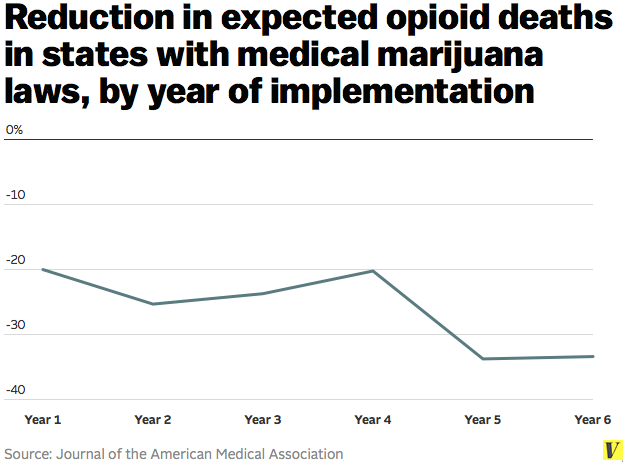 Proponents of medical marijuana say that when pot is legal for medicinal purposes, patients suffering from pain can obtain it over deadlier, more addictive opioid-based prescription painkillers that have led to more and more deaths across the nation since 1999. As a result, they might be less likely to die from prescription painkiller overdoses.

The study, however, only looked at correlation, not causation. There could be other factors inherent to medical marijuana states that are pushing down the number of prescription painkiller deaths. The study also couldn't control for socioeconomic factors, although researchers found differences in health, analyzed through state-level rates of heart disease and septicemia, weren't prevalent enough to explain the differences in opioid deaths.