Shortly after 18-year-old Michael Brown was shot at least six times by police officer Darren Wilson, his corpse left on the pavement for four hours in a pool of his own blood, his mother gave a harrowing interview to a local St. Louis TV station KMOV.

"Do you know how hard it was for me to get him to stay in school and graduate? You know how many black men graduate? Not many," she said desperately, her voice rising in anger. "Because you bring them down to this type of level, where they feel like they don't got nothing to live for anyway. 'They're going to try to take me out anyway.'"

Listening to her is a gut-punch, not just because of her naked grief, but because she is speaking a larger, tragic truth. And then comes the second gut-punch: the people who really need to hear this aren't listening.

These people are the ones who don't think racism has anything to do with the targeted policing, crime-ridden neighborhoods, terrible schools, and abject poverty experienced by many black Americans, because racism is so ingrained in the fabric of America that they can't even see it. They are the ones who have donated hundreds of thousands of dollars to an as-yet-unnecessary legal fund for Wilson, a man whose only claim to fame is that he killed a black kid under what can most generously be described as suspicious circumstances. They're the ones for whom the death of an unarmed black person at the hands of a white person sparks cognitive dissonance of such magnitude that all they can do is sputter, "But what about black-on-black crime?"

This last is a recurring theme. When killings that seem inflected with racial animus become big news, some prefer to talk instead about how no one is paying enough attention to black murderers. (See Time's Joe Klein for a really amazing example.) Media Matters pinpointed other recent instances of this phenomenon: during an August 17 taping of Meet the Press, the Wall Street Journal's Jason Riley said, "Let's not pretend that our morgues and cemeteries are full of young black men because cops are shooting them. The reality is that it's because other black people are shooting them." He also noted that "we need to talk about black criminality." Rush Limbaugh claimed that no one cares about black homicide in Chicago because it's not "mixed race." Fox News anchor Martha MacCallum, in an August 13 broadcast, asked: "What about the children who are being killed in the streets in Chicago? What about black-on-black violence? Where is Al Sharpton on that? Where is the president on that?" 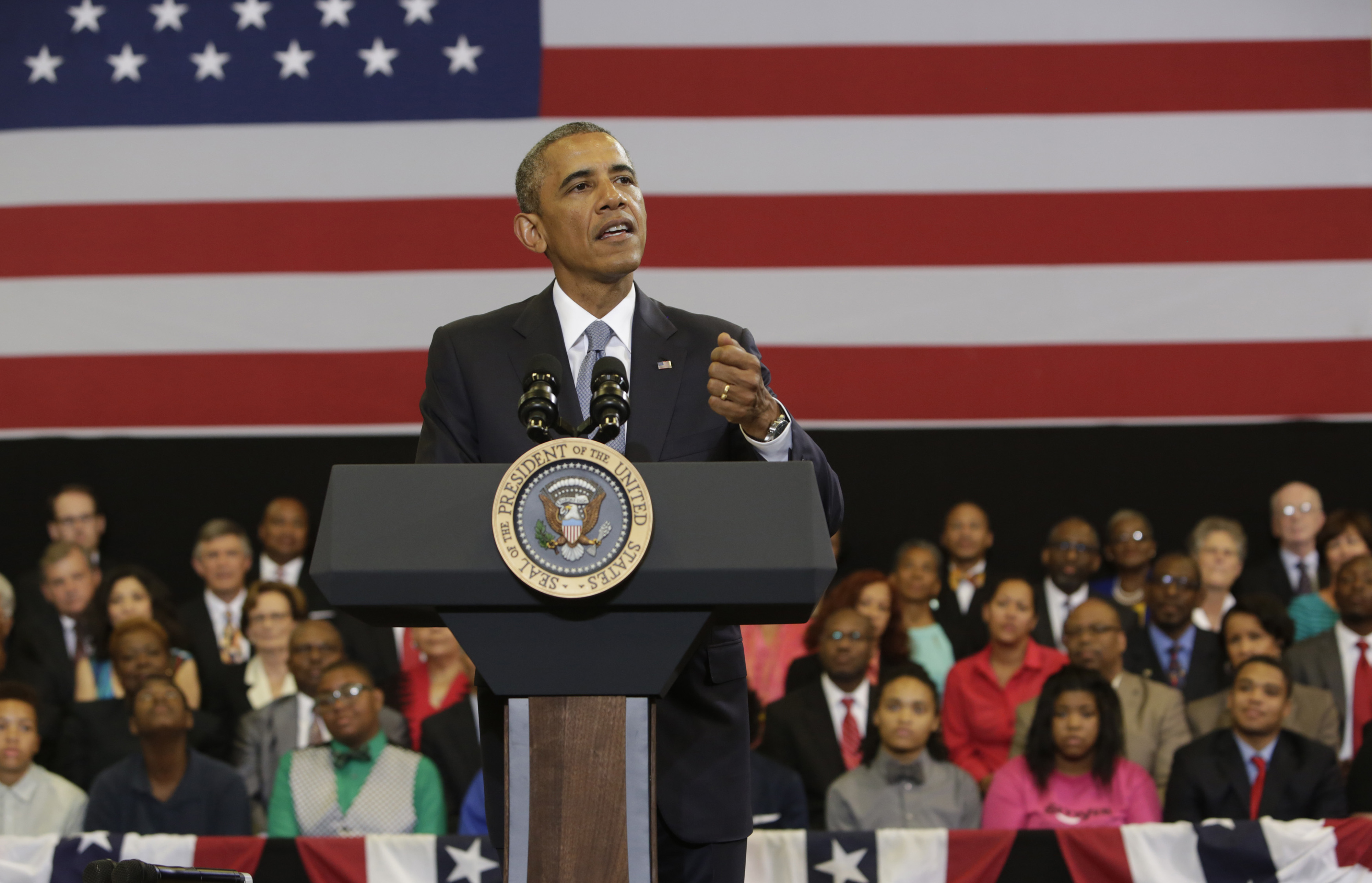 One of the primary problems with this argument is that "race-on-race" crime is not a phenomenon unique to black Americans. (Jamelle Bouie debunked this myth in the Daily Beast, and my colleague Matt Yglesias recently exposed the scourge of white-on-white murder.)  But even though the term "black-on-black" crime is misleading, this much is true: a disproportionate number of murder victims are black. African Americans make up about 13 percent of the US population and 50 percent of homicide victims, according to the FBI's (imperfect) data. But not only is it unoriginal and transparent to trumpet these stats whenever tough questions about systemic racism arise, it's also untrue that so-called violence in black communities is being ignored.

It's no coincidence that black-on-black crime alarmists frequently reference Chicago's murder rate. They might not realize that it's the first thing that comes to their minds in these moments precisely because they've heard so much about it (this despite the city having far from the highest murder rate in the country, according to Pew). It's been covered all over mainstream media and far outside of Chicago.

There have been stories on the topic in the New York Times, the Washington Post, the Los Angeles Times, the Huffington Post, the Wall Street Journal, and USA Today, to name just a few domestic publications, plus international news outlets from France to England to China to Ecuador. There have been segments about it on CNN, MSNBC (including PoliticsNation with Al Sharpton), Dateline, 48 Hours, and Nightline. TV host Roland Martin has suggested that Mayor Rahm Emanuel bring in the National Guard to take control of Chicago's streets. And as for President Obama, he recently launched My Brother's Keeper, which, whether you like the initiative or not, was designed specifically to help reverse negative outcomes for young men of color.

It's also pretty insulting to suggest that the people living in Chicago's black neighborhoods, and in poor black and brown communities across the country, simply shrug their shoulders when loved ones are murdered. In Chicago alone, there are community and local government programs working to help stem the tide of violence. On top of that, there are the mothers' groups, the church groups, the rallies, and the efforts from local entertainers.

Perhaps the problem here is that many of the people who ring the black-on-black crime alarm when it suits them are the very ones who aren't paying much attention to the communities where these lives are being lost. Perhaps they are the the ones who aren't listening. Because if they were, they would understand that the disproportionate black murder rate and the targeted, violent policing of black people that fueled Ferguson's protests are directly related. In fact, they are symptoms of the same disease.

How to have an honest talk about violence in black communities 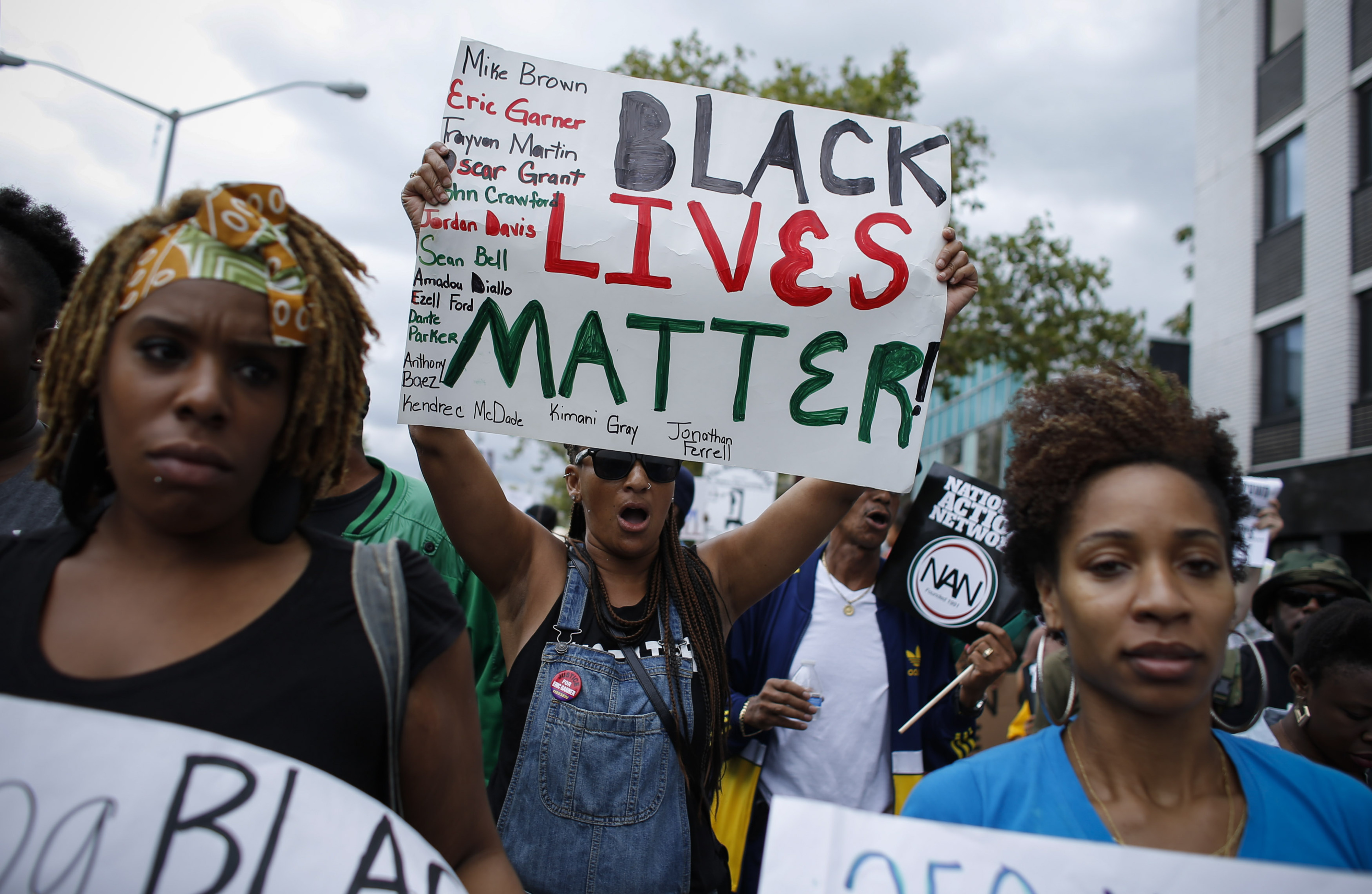 Protesters at a rally for Eric Garner, a black man killed by NYPD in July. (Kena Betancur/Getty Images)

The Atlantic's Ta-Nehisi Coates has written expertly on the many ways that current racial disparities are a result of decades and decades of racist housing policies and practices. These policies effectively robbed black people of the American dream — segregating neighborhoods, prohibiting black residents from accumulating wealth, and creating pockets of poverty.

The effects of this systemic racism show up in almost every meaningful aspect of American life. Black and Latino children are more likely to attend schools that are segregated by both race and income. White families are about six times more wealthy than black families. Just 43.5 percent of black Americans own homes, about 20 percentage points below the national rate. The African-American poverty rate is 27.2 percent, while the white poverty rate is 9.7 percent. In July, national unemployment was at 6.2 percent, but for black people, it was 11.4 percent. And on top of these disparities, there's America's baldly racist criminal justice system, which, as Brown's mother tried to explain after her son's death, does a thorough job of convincing black youth that their lives are not of value.

The effects of this systemic racism show up in almost every meaningful aspect of American life.

There's an important conversation to be had about violence in poor black neighborhoods, but not without also talking about the inequality running through all parts of residents' lives. Unfortunately, many of the people who are clamoring for a bigger spotlight on "black-on-black crime" seem uninterested in discussing the past and present policies that have fostered it.

As Coates wrote in a recent essay, "The politics of respectability are, at their root, the politics of changing the subject — the last resort for those who can not bear the agony of looking their country in the eye. The policy of America has been, for most of its history, white supremacy. The high rates of violence in black neighborhoods do not exist outside of these facts — they evidence them."

By zeroing in on urban violence or sagging pants or so-called "thuggish behavior" (a popular theme among Darren Wilson supporters) — in other words, by blaming racial disparities on black culture — black America's critics can completely ignore an uncomfortable fact about the US: that racism still exists in our institutions, and its effects are devastating. Brown's death has sparked a number of important discussions about police brutality, our fundamentally flawed justice system, crime in black communities, and how all of these things are part of a larger national issue. But I fear the people who most need to hear this won't be listening. Instead, they'll keep pointing fingers at gang members in Chicago or donating dollars to cops who kill  — anything to avoid the truth about America's greatest failure.