The Strain, episode 7: Need some practical life advice? This show has it

Share All sharing options for: The Strain, episode 7: Need some practical life advice? This show has it

Every week, Todd VanDerWerff will be joined by one of Vox's many experts in subjects other than television to discuss the new vampire series The Strain. These articles are for those who have already seen that week's episode. If you are looking for a more general overview, here is our pre-air review. This week, Todd is joined by education writer Libby Nelson to talk about valuable lessons they've learned from the show.

The episode in one sentence: The show gains some propulsion, as storylines start to come together and the vampire hunters try to take the fight to the Master.

"For Services Rendered" is both the halfway point of this first season of The Strain and an episode that finally starts bringing the show's many plotlines together. Even the Holocaust flashbacks seem to have slightly more of a point than they did in episode five, and the rest of the episode finally has a sense of momentum that the show has been sorely lacking.

Nobody is going to call this great TV, but there are some fun things in it. What's more, it underlines The Strain's greatest contribution to society: it's offering us a bunch of helpful life lessons about how to deal with vampires. Here are some of them. 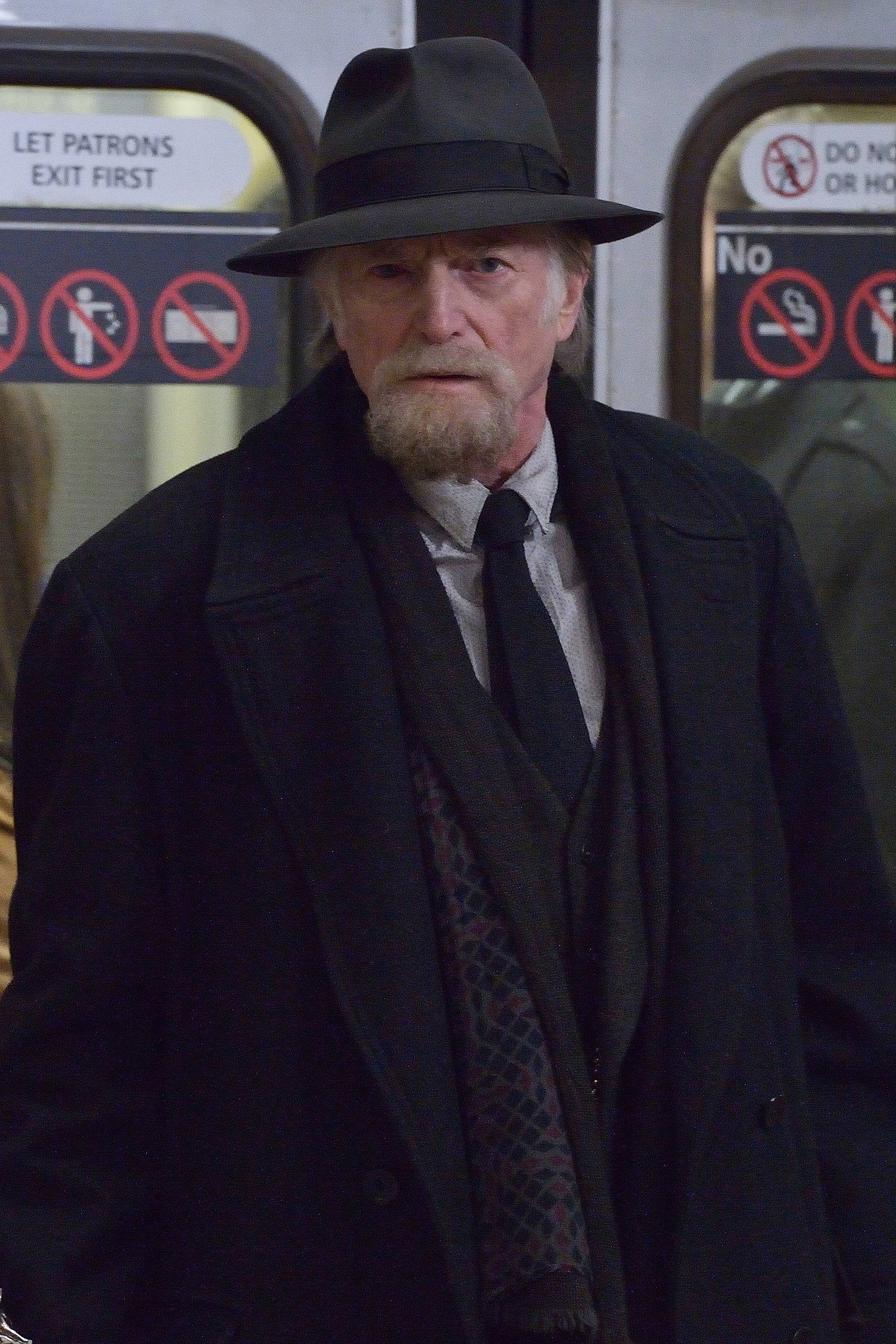 To be fair, this has been a big part of lots of vampire stories, but it's nice to have it ported over here, pretty much wholesale.

Setrakian rightly realizes that the situation has gotten out of hand, and he convinces Eph, Nora, and Jim that the best way to put the vampire genie back in the vampire bottle is to track down the Master and kill him. Now, considering the only times we've seen the Master, he's been a giant who bashes in men's heads as easily as anything else, this seems like a pretty crazy plan, but that's the point. And the race to track down the Master has some of the show's better jokes — like when Eph grudgingly agrees to refer to the Master as such — and just the right touch of feeling completely, utterly doomed to fail.

The one qualm here is that the vampires continue to be pretty boring villains. So many of the best stories are ones where you could just as easily appreciate the villains winning, but that's not really true here. The goals of the villains are either unknowable — because they're another species — or largely unrelatable — they want to live forever!

2) When your mom says don't go back to the vampire house, maybe listen to her

A surprising amount of time in this episode is given over to the perils of the Luss family and its nanny, Neeva. It's a bit of a strange decision to give this story so much space in this episode, but it does allow for the episode's unsettling opening, in which Joan Luss's husband (played by Aaron Douglas — Battlestar Galactica's Chief Tyrol himself!) returns home to find his neighborhood going to hell in the wake of his wife's transformation into a vampire.

Of course, Neeva took Joan's children away seemingly a couple of days ago (which is a stretch, but we'll go with it), and Neeva's daughter is so sick of these two kids being around that she simply must deliver them back home, even though her mom warns her not to. Anyway, everybody but Neeva's daughter survives — because of the timely intervention of what appear to be good vampires with fancy nail guns. And the daughter doesn't make it because she gets a tiny cut from a vampire, meaning she's been "corrupted." It's the kind of horror movie karma The Strain has too often been lacking in.

3) Social media will not help you when the vampires come

So the villains might have paid off the government, but how is footage of the vampires not going viral on social media? Why aren't we seeing panicked tweets, Vines of vampires with giant worms coming out of their mouths, or Instagram #tbts of characters' loved ones from the happy days before they turned into vampires?

It's increasingly difficult to believe that we, in our real lives, know more about the Ebola epidemic a continent away than The Strain's New York Police Department knows about the vampire epidemic in its own precincts. It displays a touching faith in Americans' willingness to accept the official story.

The lesson is clear: when the vampires come, the best strategy is clearly to rely on face-to-face meetings like Eph, Setrakian and Nora are having — not to trust the power of the social web to let you know where the vampires are. On the other hand, this seems like a missed opportunity for The Strain to show a world where vampires are (literally) going viral.

There's a nod to this with the close-up shot on the "If you see something, say something" poster. Still, given that people remain unaware of the vampire epidemic while Grand Central Station is swarming with masked workers, The Strain seems to exist in a world without intrepid reporters, social media or non-official channels of information.

4) Stick with the old wisdom to fight an ancient plague

Silver knives are more valuable than regular old bullets. Neeva's wisdom — stay away from the vampire house! — turns out to be more reliable than her daughter's medical knowledge. Add that to Setrakian's leadership and his Jean Valjean-like battle with Eichorst, and The Strain is making a real argument for the value of the old and experienced over the new and flashy.

The whole thing, combined with the continued Holocaust flashbacks, gives the show an old-time feel. It's eschewing the up-to-the-minute technology to tell a much older story about the creeping menace that sneaks up on you by making the familiar strange and very, very creepy. 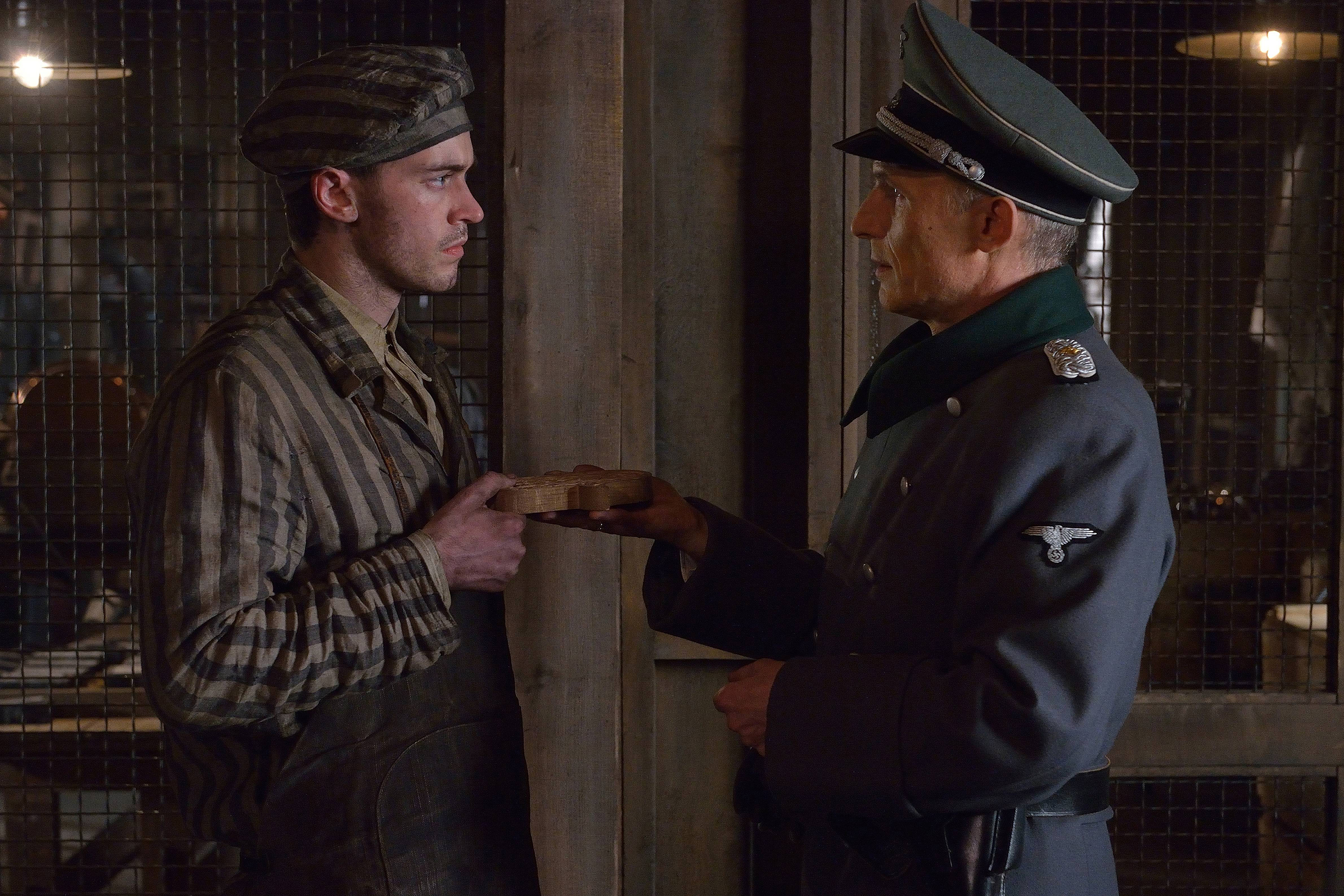 The young Setrakian (Jim Watson, left) and Eichorst (Richard Sammel) work together. Which is a bad idea all around. (FX)

Young Setrakian and Concentration Camp Guard Eichorst strike up a weird friendship in this week's flashbacks, as the former helps the latter with an ultra-mysterious project throughout the hour. These scenes end up being pretty good, mostly because Richard Sammel is the show's most consistent cast member not named David Bradley. But the storyline also works because it lets the past mirror the apocalyptic reality of the present. Yeah, the use of the Holocaust setting remains uncomfortably glib, but the waning days of World War II make for another world where everything is coming apart at the seams.

And this also allows the show to give us a lesson in collaboration. Working with Eichorst might keep Setrakian alive, but the project he's been toiling away at is revealed to be something even more horrifying: the giant coffin that transported the Master to the United States and started this whole mess. By collaborating with a human enemy, Setrakian ended up benefiting his supernatural one as well, wholly unintentionally (though you'd think he'd realize the box he was carving was covered in skeletons and stuff). It's the closest thing the show has offered to a straightforward moral lesson so far: evil is always evil. If you help it out, you're only helping other kinds of evil as well.

6) When all else fails, wait for a deus ex machina of good vampires

Seriously, who were the avuncular vampiric avengers with the nail guns? Where did they come from? How did they appear just in the nick of time? And where have they been up until now?

Even given the gruesome end they dealt out to Neeva's daughter, good vampires seem like a very, very good thing to have on your side. And they underlined the seeming randomness of the world where The Strain takes place. The greater New York population is putting on masks, but there doesn't seem to be any kind of attempt to find out what's going on or to organize to defeat the vampire threat. That's maybe the scariest lesson of all — that your fellow citizens aren't going to stand up for you, and that your best hope for rescue lies with an otherworldly army that looks a lot like your enemies.