Share All sharing options for: The Bay Area just got hit with its largest earthquake in 25 years

At 3:20 a.m. Pacific time on Sunday, an earthquake with a magnitude of 6.0 hit the San Francisco Bay Area.

The USGS reports that it occurred 6.7 miles below the surface, with an epicenter just south of Napa and about 30 miles northeast of San Francisco. This is the strongest earthquake felt by the region in 25 years, since the 1989 Loma Prieta quake, which had a magnitude of 6.9.

Shake map of this morning's earthquake via the @USGS. pic.twitter.com/lafXiiIM3e

There have been no deaths reported so far, but 87 people are being treated for injuries at a Napa hospital, and three are in critical condition — including a child struck by fragments of a collapsing chimney.

There are also numerous damaged buildings and roads in and around Napa, including a damaged highway foundation near the city of Vallejo. 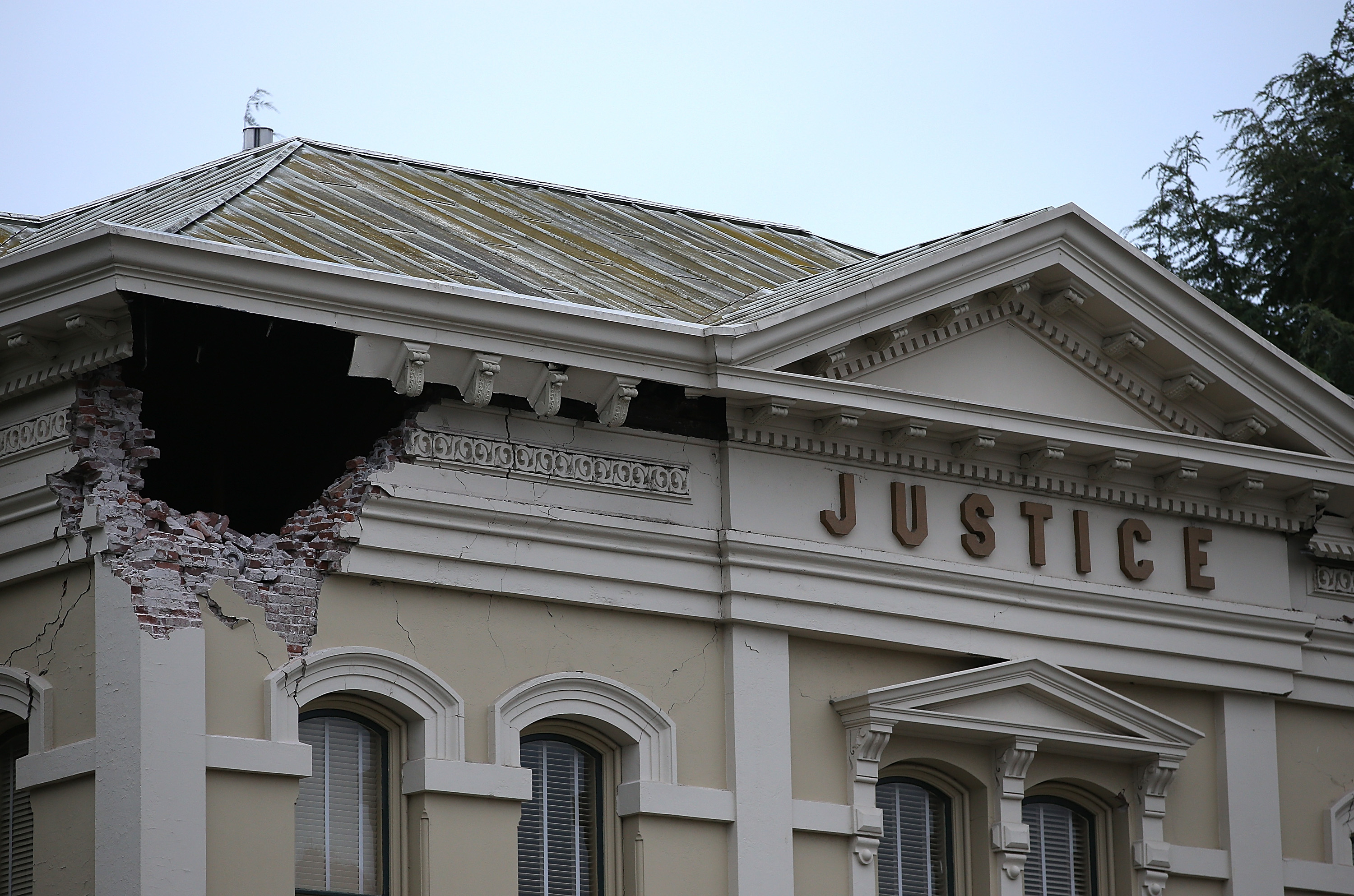 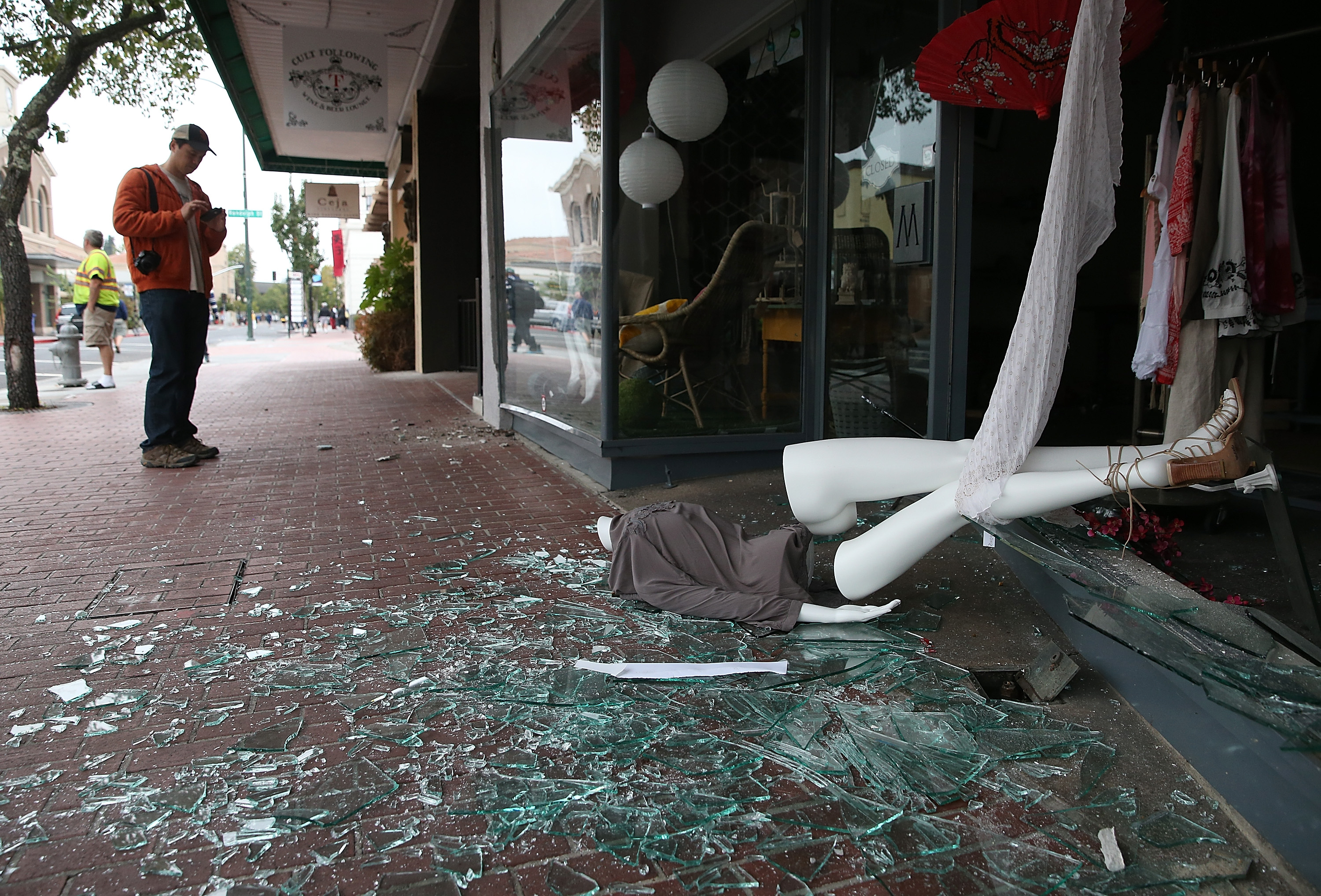 A storefront in Napa. (Photo by Justin Sullivan/Getty Images) 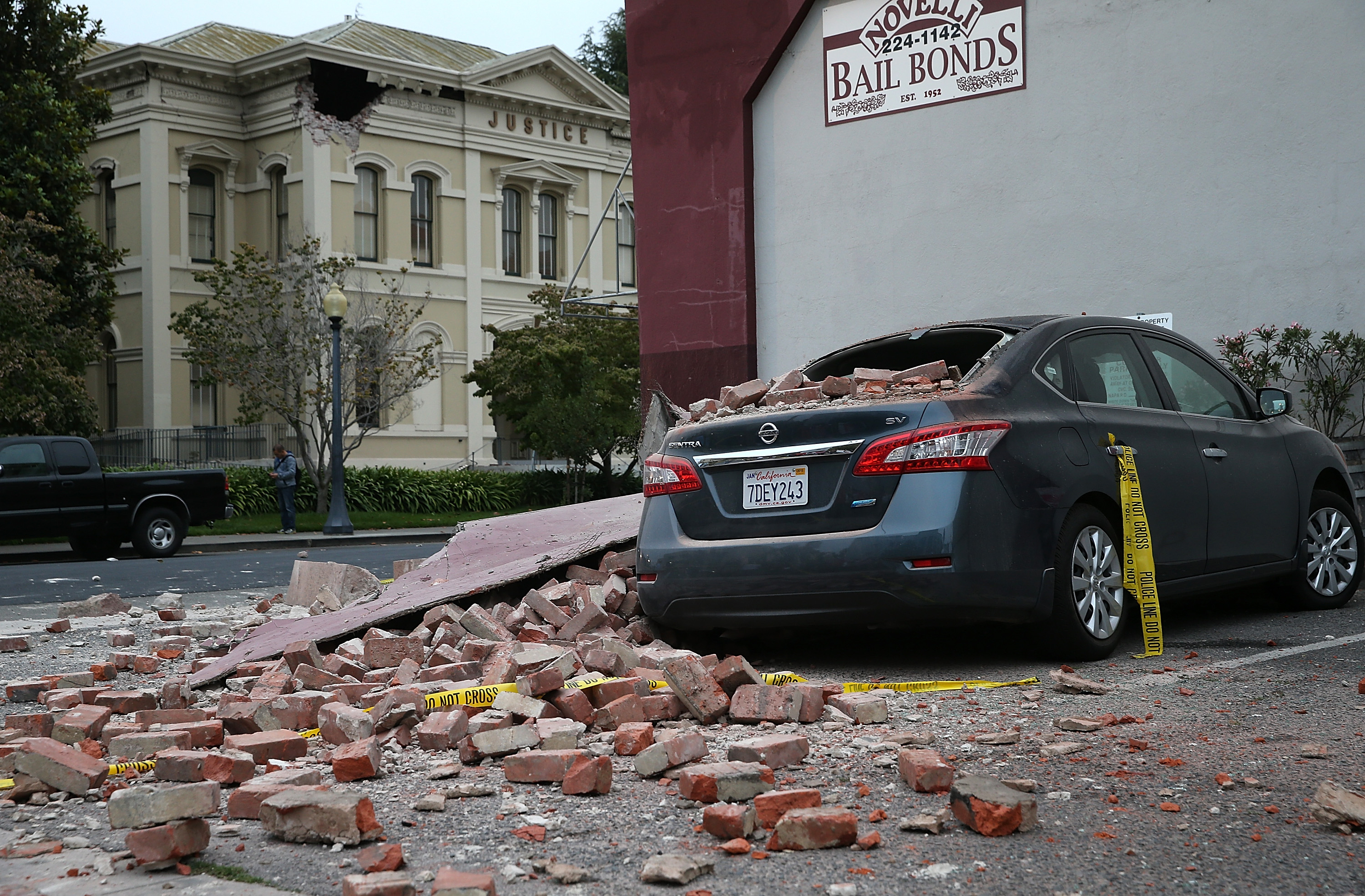 Additionally, at least 42,000 homes are without power in the area. At 5:47 am, a magnitude 3.6 aftershock occurred, and the USGS says the probability of another aftershock is high, with a 54 percent chance of another strong quake in the area in the next week. It'll probably be weaker than this earthquake, but there's a 5 to 10 percent chance it could be equal in magnitude or stronger.

The earthquake is believed to have occurred along the West Napa Fault, which runs parallel to a number of more frequently active faults, including the Rodgers and San Andreas. Over time, as the Pacific Plate slides past the North American Plate, energy builds up along these faults and is occasionally released during earthquake events.

Here is a geologic map of the north bay with the earthquake location (modified from Wagner et al., 2011) pic.twitter.com/VXV2DswhwK

Update: This article has been edited to reflect ongoing developments.