It's not just Ferguson: US cops are less diverse than the people they police

Share All sharing options for: It's not just Ferguson: US cops are less diverse than the people they police

As it turns out, minorities are underrepresented nationwide among local cops, though not nearly to the degree they are in Ferguson. According to the most recent data available from the Justice Department, local cops were substantially less diverse than the rest of the population as of 2007. Only one in four local police officers identified as something other than white compared to just over 1 in 3 Americans who identified as something other than white non-Hispanic (the Justice Department appears to treat white and Hispanic as entirely separate groups in its data). 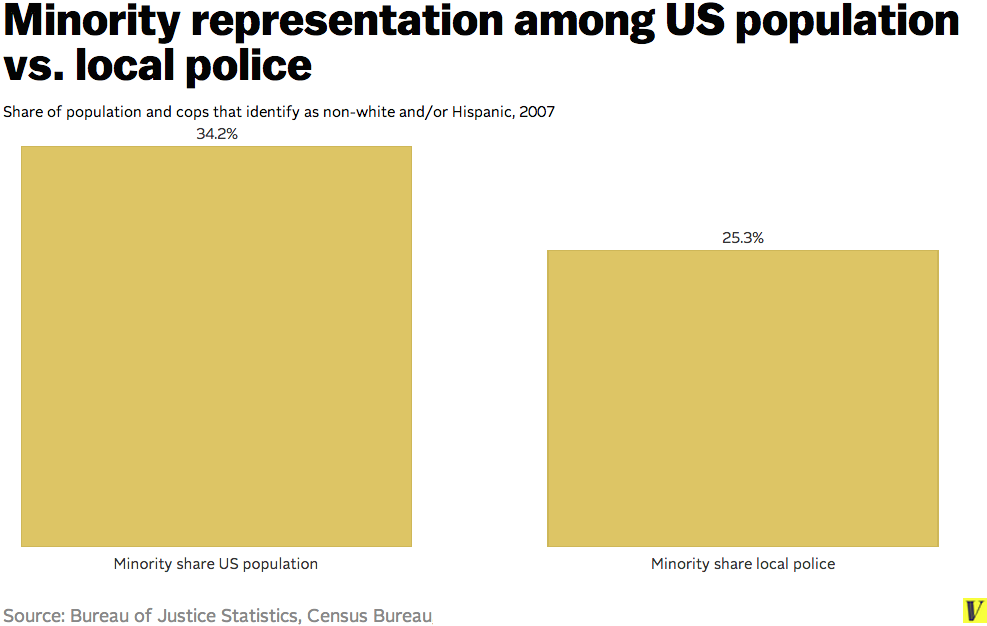 So which groups are underrepresented? Breaking this down is tricky — as stated above, it appears the Justice Department puts Hispanics and all races together in one question (with each respondent choosing only one option), while the Census allows a person to identify as Hispanic (an ethnicity) plus any racial group. 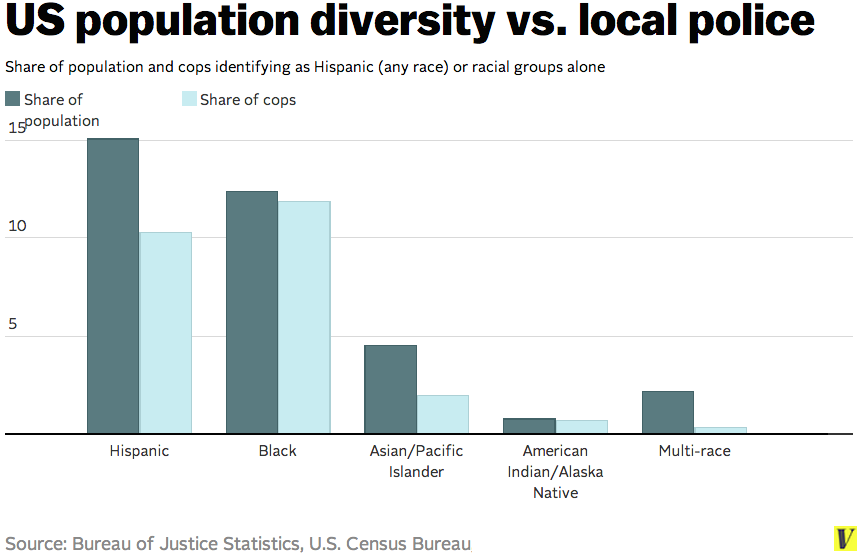 One caveat, though: these police figures differ widely from jurisdiction to jurisdiction. In particular, cities tend to have far less-white and more-Hispanic police forces. Departments that serve populations of 1,000 or more were only 56 percent white (and non-Hispanic) in 2007. That share goes up as population goes down; departments that serve populations under 2,500 were 88.3 percent white.