How for-profit policing led to racial disparities in Ferguson

Share All sharing options for: How for-profit policing led to racial disparities in Ferguson

The protests in Ferguson, Missouri, have captivated the nation in the past week and a half. Much of that, some experts argue, is because the small town's problems represent racial tensions that are rippling through the nation as a whole.

Jeff Smith is a professor of politics, advocacy, and urban policy at the New School and former Missouri State Senator from St. Louis. He recently wrote a New York Times op-ed on the roots of the unrest in Ferguson. As he notes, the problems in Ferguson — racial tensions resulting from conflicts between the black community and the established white power base — are emerging all over the country as black people move out of the cities and into the suburbs. I talked to Smith on Monday about his op-ed and the political and demographic history of the St. Louis area.

German Lopez: What do you make of the situation in Ferguson and the lead-up to it?

Jeff Smith: The demographics of north St. Louis County have changed dramatically over the last two decades or so. A select few black families started to move out to north counties in the 1950s and 1960s, but then the wave began to really pick up in the last two decades. Since 1990, Ferguson has gone from being about three-quarters white suburb to being a town that's almost 70 percent black and less than 30 percent white. That's a dramatic change in 20 years.

You definitely have a serious institutional lag between the composition of the power structure in the town and the actual population.

GL: One of the issues you've written about is how police are encouraged to ticket as many people as possible since it funds local budgets. Due to racial disparities, that means they end up ticketing a lot of black residents.

JS: Yeah. These municipalities are not well-funded, they don't have big tax bases, and a lot of the shopping centers, movie theaters, and big stores have gone out of businesses. Consequently, they're strapped for cash.

As a result, places like Ferguson get almost a quarter of their municipal budget from traffic-related fines. Other places have even higher percentages.

A protester holds her hands — and a water bottle – up in Ferguson, Missouri. (Scott Olson / Getty Images News)

When you have that situation and layer on the racial inequities in the police force, it's a recipe for disaster. A lot of African Americans feel hassled all the time, because there's pressure on the cops to make enough stops to meet budgetary needs, and there's a cross-racial disconnect and misunderstanding between the police and public.

GL: Why do you think the demographic changes haven't been reflected in the local government?

JS: There are myriad reasons for that, as some people are starting to catch on to.

Number one, there's really a situation where the eligible electorate among black people is lower, because fewer of them are 18 or older.

Number three, layered on that, there's municipal elections in the spring. Presidential elections in November have the heaviest turnout among low-income people. I'm not going to say it's by design, but it's probably not an accident that in St. Louis County municipal elections are held in March and April, when people in lower socioeconomic classes are least likely to turn out.

Finally, there's a marginalization from economic power in local government. There's waste management contracts, sewer contracts, all the types of municipal public works contracts that traditionally white people in charge have awarded to their allies. That strengthens the firms and labor unions that then, in a sort of cycle, continue strengthening the white power structure and make it harder for African Americans to penetrate the system — this mutually reinforcing connection. After all, if black people have less disposable income, they're probably not going to be able to fund a really effective campaign. 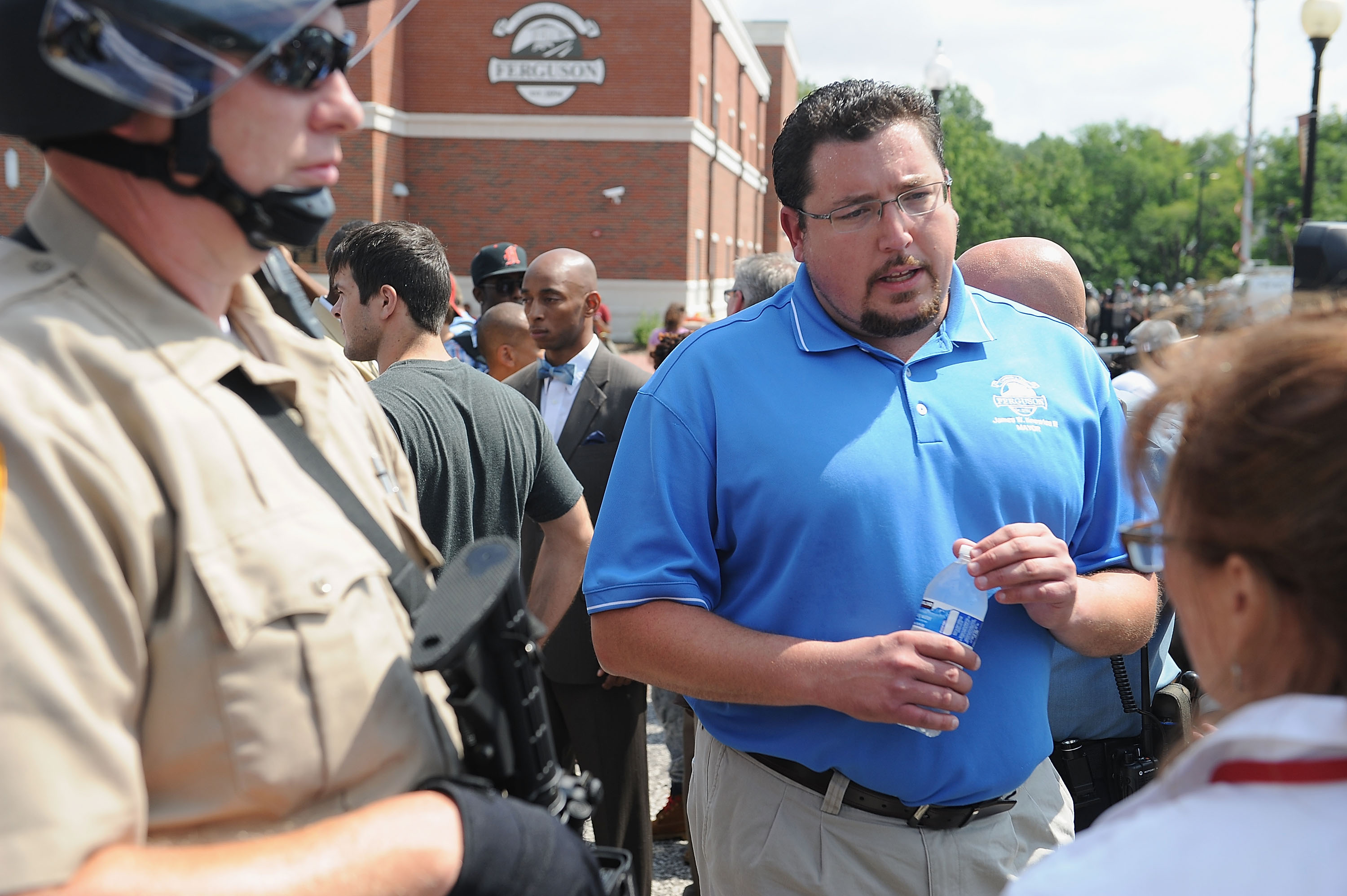 So there are all these factors, and then there's a really struggling education system. Many of the adults in Ferguson today went to city schools, which were unaccredited for many years. A lot of the north county district schools are also unaccredited or bordering on losing their state accreditation. When there's that type of education system, there's a ton of dropouts. In some of these education systems, half the kids drop out. When lots of young males drop out of high school and have no municipal job opportunities, they're highly unlikely to be engaged, and they don't have as much investment in their communities.

GL: One of the questions I've gotten a lot in the past week is why these racial disparities exist in local government. It seems like you're saying it's really hard for this relatively new population to break in.

JS: It's definitely a big part of it. There's been a serious racial disparity in voting turnout. Ferguson's white residents have turned out much more than black residents.

It's very hard, then, to break into these cliques. And these cliques have run a lot of north county municipalities for a long time.

GL: What do you think the solution to this kind of problem is?

JS: There's not just one solution.

On the cultural level, there has to be a real frank discussion as a region across racial lines. White people need to understand the roots of this rage. A lot of white people reply to articles like mine with comments like, "The Civil Rights Movement made things equal 50 years ago. What do these people have to be angry about?" Part of this problem is a lot of white people in St. Louis don't have exposure to black people on a day-to-day basis. So there needs to be a real effort toward interracial understanding.

On an economic level, the big companies, institutions, and hospitals in the area need to make a real, concerted effort to have job fairs in north St. Louis County. Anytime you have situation in which as much as 50 percent of young black males are unemployed and don't have a stake in their community, it's hard to convince them to not act out. They're just not part of the economic fabric of the neighborhood.

Taking that a step further back, the situation would benefit from a good education system. That's not the case right now in north St. Louis. It's not the case where a lot of current Ferguson residents grew up.

On the political level, there needs to be some regional consolidation that would combine some of these local governments. It would help reduce duplicative spending on expensive public safety programs. For example, every one of these small towns doesn't need a firetruck. If that duplication could be reduced, it would be possible to shore up the finances of consolidated towns so they're not overly relying on traffic stops to generate revenue and meet their budget needs. Along with this, there also needs to be a diversification of the public safety workforce in these towns.

GL: Right now, the focus is obviously on Ferguson. But do you think this is a problem that's happening all over the country?

JS: There are some cliquey characteristics that are unique to St. Louis, but this is enough of a universal story that it partially explains why the nation is so riveted by what's happening in Ferguson.

To understand more about racial disparities and the situation in Ferguson, read the full explainer, the full timeline, and watch the two-minute video below: