Share All sharing options for: The truth about the Ice Bucket Challenge: Viral memes shouldn't dictate our charitable giving

The choices we make about where to donate money for health causes aren't always rational. We are probably more often driven to give by a disease that has touched a loved one than by utilitarian calculations about which illnesses impact the most people or receive the least investment from pharmaceutical companies.

Sometimes our decisions about donating don't even seem to be driven by values or potential impact — but by celebrities and the entertainment value of the fundraising campaigns they endorse. Look no further than the ALS Ice Bucket Challenge. The feel-good campaign works like this: you film yourself throwing a bucket of ice over your head, post it to social media, and then challenge your friends to either do the same or donate $100 to the ALS Association, which works to end Lou Gehrig's disease.

Now every famous person — from Martha Stewart to Justin Bieber and Bill Gates — seems to be dumping ice on their heads in the name of the motor neuron disease.

The fun concept and celebrity heft are working. The ALS Association has said they've raised so much money so quickly, they're scrambling to know what to do with it. Since July 29, when the challenge kicked off, they reported receiving $22.9 million in donations. That's more than ten times the amount they raised in the same period last year ($1.9 million). Other charities are reportedly now searching for their ice-bucket equivalent.

Memes and celebrities drive us to donate

The ALS Ice Bucket Challenge, and its virality, raise some interesting questions about which charities and health causes we choose to give to. It seems to add further evidence to the fact that celebrities and gimmicks often drive our charitable donating more than, perhaps, they should.

To be clear: ALS is an awful, debilitating disease that is worthy of donor dollars. It essentially triggers a slow paralysis in sufferers by causing the nerve cells to stop working. It's also a death sentence. From the time of diagnosis, most people live only two to five years. There's no cure, and, more than 70 years after baseball star Lou Gehrig drew attention to the cause, scientists still don't know what brings it on. 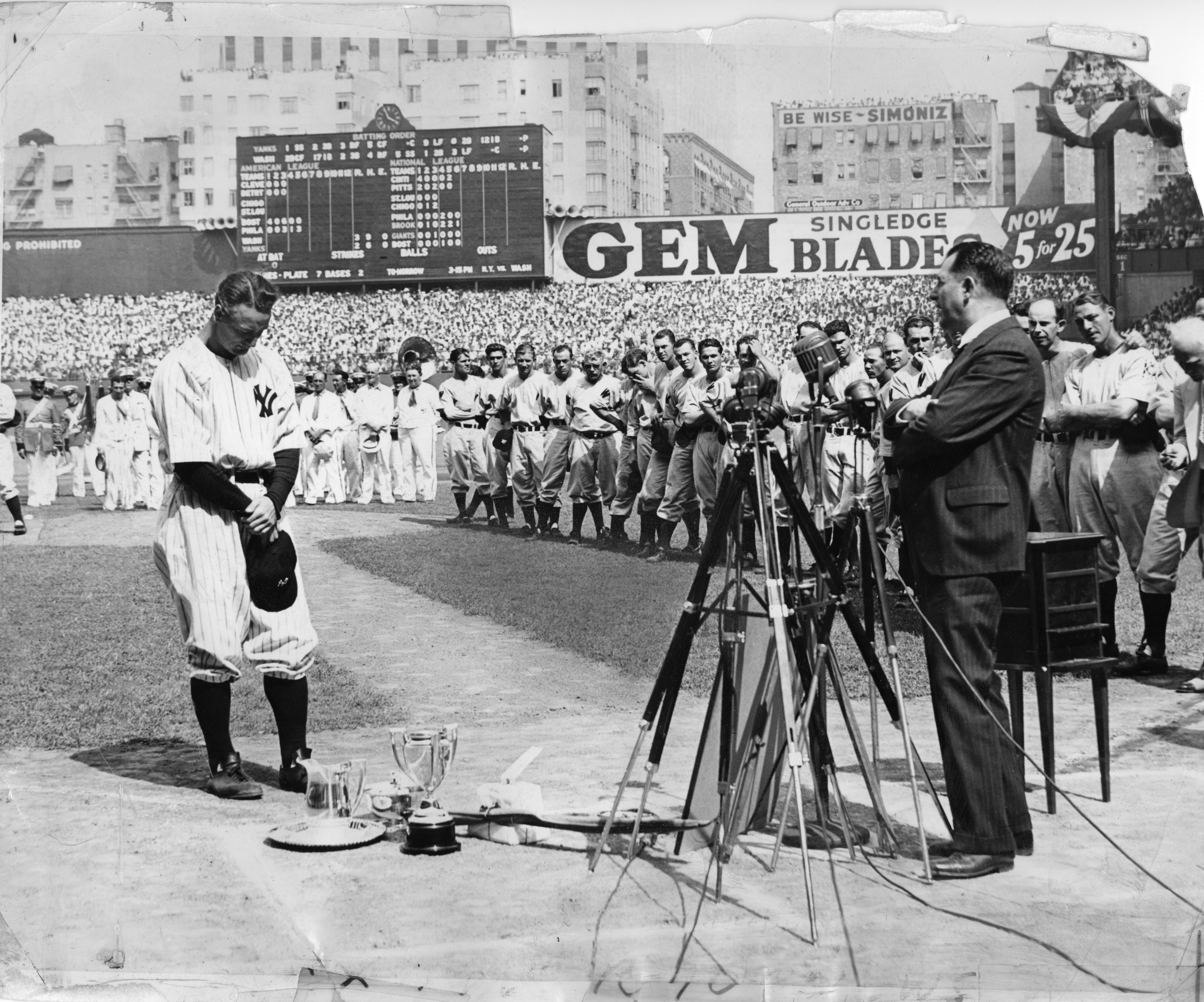 Yankee Lou Gehrig in 1939, before he resigned from the team after going public with a disease that now carries his name. (Sporting News via Getty Images.)

Between 5,000 and 6,000 people in the US die from ALS every year. (The most accurate and recent data available came from CDC, which reported that 6,849 people died from motor-neuron diseases including ALS in 2011.) To put that number into context, consider the chart below: it shows money raised from popular fundraisers and the number of related disease deaths.

You'll notice that large fundraisers can have a pretty significant impact on raising money for causes — and also that there are big gaps between the diseases that affect the most people and those that net the most money and attention.

Obviously, this is a very personal decision, and individuals will set their priorities differently. But there are many smart people out there who have thought deeply about this question and who can offer some guidance. William MacAskill, founder 80,000 Hours, suggests that people simply need to think a little more before giving. In particular, he draws a distinction between honoring a cause that matters to you and trying to do the maximum good with your dollars. "Showing respect or affection toward a loved one who passed away, for example, is an admirable way to donate." But it's not the same as thinking about the impact of your investment.

"donating money to developing world health charities will reach at least 100 times as many people than  developed world health causes."

If you're concerned about the latter, he suggested giving to diseases that impact the developing world. As a rule, he explained, "donating money to the best developing world health charities will reach at least 100 times as many people than if you donate to developed world health causes." For example, consider the potential public-health impact of your dollars spent, using a measure of disease burden like the quality-adjusted life year. With ALS, he said that $56,000 would provide one quality-adjusted life  year to a sufferer. On the other hand, he said, "the same amount of money could provide 500 quality-adjusted life years if you give money to bed nets for malaria."

"People can get upset when you say some causes are more effective than others. That's not true, because it's as tragic for someone to die of ALS as it is for someone to die of malaria. But wanting to respect and honor a particular tragedy is different from trying to help as many people as you can."

Other resources can be a guide

There are also tools that can inform your decisions. Charity Watch, for example, measures the effectiveness of non-profits. They look at the ratio of spending on actual programs to administrative costs. According their website: "Rather than merely repeat charities' self-reported finances using simplistic or automated formulas, we delve deep to find the real story of how efficiently charities use your donations to fund the programs you want to support."

Instead of focusing on financials, GiveWell has earned a reputation for scouring the globe to find charities that are most likely to touch the lives of the maximum number of people per dollar spent. As they put it, they conduct "in-depth research aiming to determine how much good a given program accomplishes (in terms of lives saved, lives improved, etc.) per dollar spent."

Charity Navigator, meanwhile, is another well-respected watchdog that looks at the overhead-to-program spending ratio of various non-profits, though they say they're moving toward a more robust calculus that will track how well charities are solving the problems they set out to tackle. For now, they offer a list of tips for savvy donors here.

Correction: In an earlier version of this article, the size of the graph's circles did not accurately reflect the data.