Marijuana sends more people to the ER than heroin. But that's not the whole story.

Share All sharing options for: Marijuana sends more people to the ER than heroin. But that's not the whole story.

USA Today ran a July 30 story that included the chart below, which shows that more people go to the emergency room for complications from marijuana than from heroin: 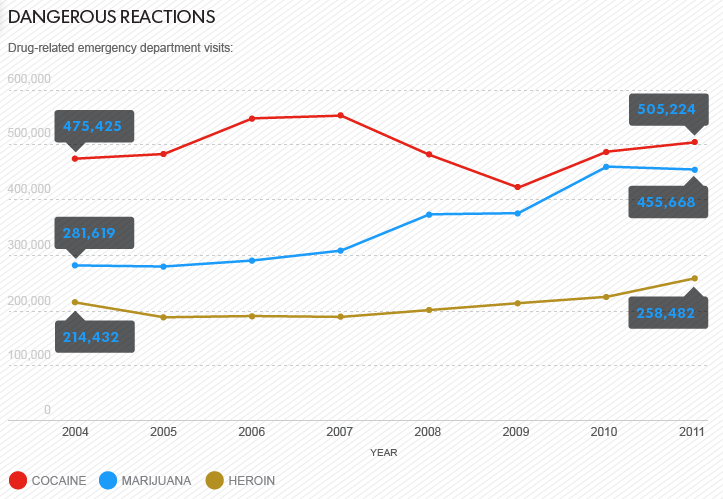 What USA Today should have done is controlled the number of ER trips for the number of drug users. That's what Christopher Ingraham at the Washington Post's Wonkblog did for a recent analysis: 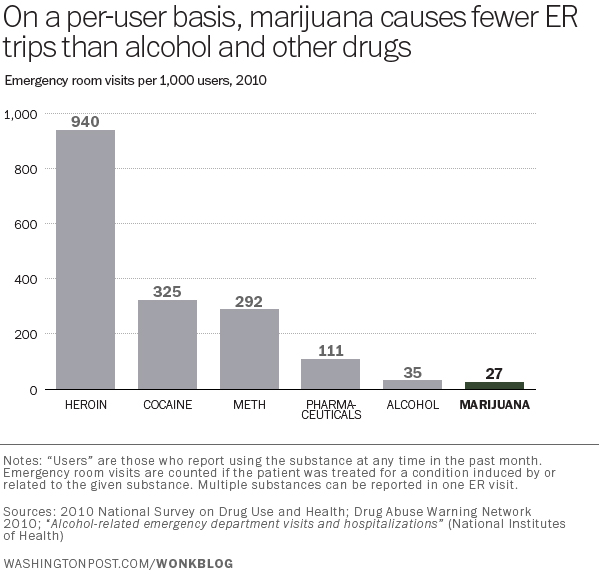 This chart almost makes the direct opposite point that USA Today's chart conveys: by this metric, marijuana isn't just safer than heroin, cocaine, and meth; it's also safer than legal pharmaceuticals and alcohol.

That doesn't mean marijuana is perfectly safe. The research shows marijuana can have negative health effects, especially among teenagers. But when compared to other drugs, marijuana is simply not as dangerous.

To learn more about marijuana, read our full explainer and watch the short video below: