Share All sharing options for: Bad news for the coal industry — Oregon just blocked plans for exports to Asia

The coal industry got some bad news on Monday night: Oregon officials have rejected a permit for a terminal that would export 8.8 million tons of coal each year to Asia.

Why is that a big deal? The fight over US coal exports has become one of the major environmental battles in recent years. Coal use is on the decline in the United States, thanks to both a glut of natural gas from fracking and a spate of new air-pollution regulations. So US mining companies are looking to ship more coal abroad, particularly to Asia.

Environmentalists, for their part, have argued that this is counterproductive: If we reduce our coal use here at home but keep shipping coal to Asia, greenhouse-gas emissions will keep going up and there will no way to avoid dangerous levels of global warming. So both national and local green groups have been working to block these terminals — though often emphasizing local issues in doing so.

Thus far, they've been fairly successful. In this latest instance, the Oregon Department of State Lands blocked plans by Ambre Energy, an Australian company, to carry coal by barge down the Columbia River and export it to South Korea and elsewhere in Asia. State officials said the project would disrupt waterways and harm a tribal fishery in the area.

Ambre, for its part, called the move a "political decision" and is currently looking at options to appeal the move.

This is now the fourth coal-export project in the Pacific Northwest to hit a snag in recent years. But it still leaves two massive proposed projects in Washington state that are significantly bigger than the Oregon proposal. There's the Gateway Pacific project that would carry coal through Puget Sound and export 48 million tons of coal annually. There's also the Longview port that could export up to 44 million tons per year.

Coal exports are the industry's lifeline 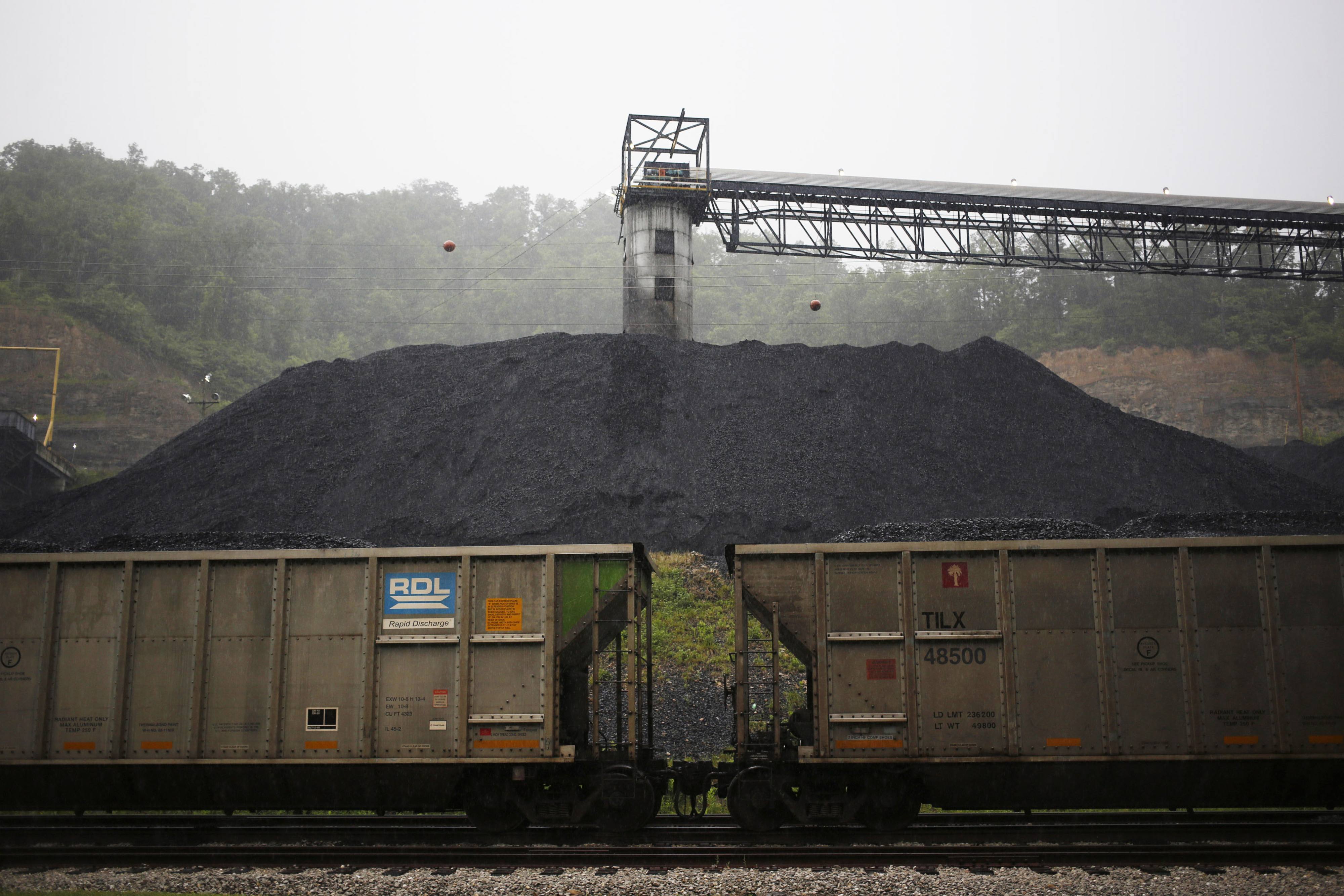 Export terminals are, in a way, a lifeline for coal-mining companies operating in places like Montana and Wyoming. Right now, domestic coal use in the United States is declining sharply — in large part thanks to the fracking boom that has created a glut of cheap natural gas.

Back in 2007, about half of America's electricity came from coal. By last year, that had shriveled to 38 percent, as gas and wind power had grown. And a spate of recent rules from the Environmental Protection Agency on air pollution and greenhouse-gas emissions will likely force more US coal plants to close in the years ahead.

The coal industry has been hoping to weather this drop by exporting more coal abroad. Last year, the United States shipped 106.7 million tons of coal abroad — roughly 10 percent of all US production. Much of that went through terminals on the East Coast to European countries like Great Britain, the Netherlands, and Germany.

But America's coal companies need even bigger markets. And fast-growing Asia is the most logical next step. So that means export terminals on the West Coast — specifically in Oregon and Washington.

But four coal-export terminals have now been blocked

Environmentalists and other groups, however, have sharply opposed these plans. And they typically bring up a couple different objections.

For starters, there are local issues. In the case of Ambre Energy's projects, local tribes said the noise and activity at the port would harm a "small but important long-standing fishery" on the Columbia River.

There's also the climate angle. The United States has managed to cut its greenhouse-gas emissions roughly 10 percent since 2005, in part by burning less coal for electricity. But environmentalists have argued that some of those gains would be lost if coal continues to get exported abroad.

The Center for American Progress has calculated, for instance, that just three proposed export terminals — the one that has now been blocked in Oregon, and the two remaining big ones in Washington — would, if approved, lead to Asia consuming an extra 91 million tons or so of coal each year. (The way they estimate it, some of the US coal would simply displace coal that Asian countries were going to burn anyway, but about 70 percent would be "additional.")

All told, the researchers said, these coal exports "would result in the same annual increase in carbon pollution as adding approximately 35 million new passenger cars to the road."

It's worth noting the just-blocked Oregon project was the least significant of those three proposed export terminals. It would have exported just 8.8 million tons of coal per year.

The two proposed terminals in Washington are the biggest

By contrast, the two proposed projects in Washington are ten times as big: The Gateway Pacific project would carry coal by rail through Puget Sound and ultimately ship 48 million tons of coal annually to Asia. The Longview port would have the capacity to ship up to 44 million tons of coal per year to Asia.

Those projects had lots of local support initially. Coal companies and railroads argued that they would create jobs — especially given that Washington state is closing its large Centralia coal plant.

But, more recently, Washington has seen greater opposition to the project. The Seattle Post-Intelligencer offers a rundown: "Nearly 2,500 people showed up in Seattle for a 'scoping' hearing on Cherry Point, 90-plus percent opposed to the project. Indian tribes have given a thumbs down. Oregon Gov. John Kitzhaber has taken an emphatic stand against coal ports, and carried Washington Gov. Jay Inslee onto a powerful letter to the Obama administration."

The fate of the Washington terminals is still unknown, although energy companies have been pouring more and more money into local elections in an effort to get that infrastructure approved.