Scott Anderson is the deputy director of the United Nations Relief Works Agency in Palestine. He's been helping to coordinate shelter and humanitarian relief during the recent fighting in Gaza. He told Vox's Ezra Klein what's it's been like.

I grew up in a farm outside a very small town in Iowa. I joined the US Army when I was 19. I served for 21 years. I was an operations guy. Spent time in Germany and the Netherlands and Maryland and New York. Did two tours in Afghanistan. I retired in 2007 and went to work in Saudi Arabia. I was only there for about eight months. I saw a job advertised in Gaza. It was on the internet. And I applied.

The job was with the United Nations Relief Works Agency. We were established following the creation of Israel to provide services for Palestinians who became refugees as a result of that conflict. We're the only UN refugee agency dedicated to a specific population. We were meant to be a temporary agency. But we're a temporary agency going on 66 years now. We do everything from education to food assistance to mental health. We do a lot of government functions but without the actual governing.

When I got here I was doing field administration. That's oversight of human resources, security, mail, travel, all that stuff that keeps an organization moving. I did that from February 2008 till November 2011. Then I became deputy director of programs. In this role I oversee education, health care, refugee camp improvements, mental health services. It's a big job, I guess.

I didn't know anybody actually in Gaza when I got here. What you hear about Gaza in the media does not portray the reality on the ground. You hear all the rhetoric about it being a terrorist enclave. It sounds very dangerous, very volatile. When I came into Gaza in 2008, the first thing I saw on my way in from the airport was a former industrial park that was completely bombed out and destroyed. It was just a skeleton structure. But then you drive in and it looks like a normal city. My Palestinian colleagues here in Gaza are just normal people. They get up, they go their jobs, they make dinner, they help their kids with their homework. They do what you do every day. 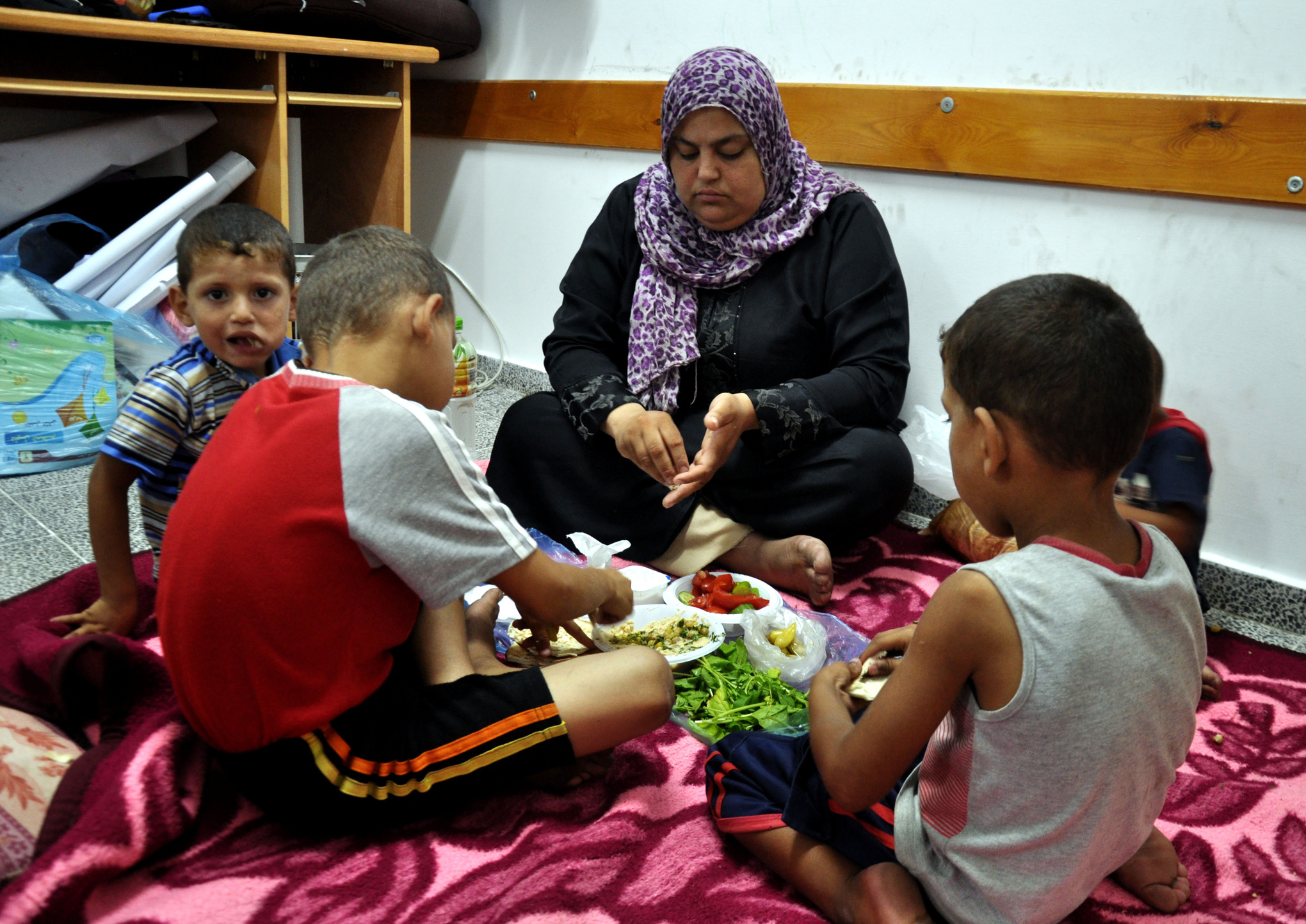 The difference is they can't leave Gaza. And between people who are unemployed or unpaid it's more than half the population. That means the people who do have jobs are supporting many more people than just their immediate family. A dollar comes in and it goes out in many more directions.

For me the days are similar. I come in at 5:30 or 5:45 in the morning. I exercise in the small gym. I work 12 or 13 hours. I go home, eat, sleep, and do it all over again. I think what people don't grasp is the scale of what we do. Our education program has more than 230,000 children in it. We have 245 schools. We double-shift schools. One building will host a school with teachers and principals and everything in the morning, then they all go home, and another whole school comes in with principals and teachers and everything in the afternoon.

In 2009, there was conflict called Operation Cast Lead. One of our compounds got hit. The warehouse burned down. We had in the compound these fuel trucks full of fuel. We kept them there because that was the safest place we could think to put them. We looked out the window and saw things burning under the trucks. It was white phosphorous. We got down there with 2x4s to knock away the white phosphorus out from under the trucks. It was a bit like playing hockey, albeit with a very volatile puck. If those trucks had exploded it would have been enough to hurt Gaza City itself.

At the moment people don't have much hope to rebuild their lives. There's no cement or steel in the market.


After the conflict in 2009 we did a large lessons learned process and from that we formulated our emergency response plan going forward. We planned for a peak of having 50,000 people in our shelters. At the height of Cast Lead in 2009, that's what we had. But during the latest fighting in Gaza, we had 275,000 people in 90 school buildings serving as shelters. It's been a constant sprint of trying to provide food and water. It's made much more complicated by the fact that supplies can only come in through one spot in Gaza and there's a limit on the numbers of trucks and so on. And this conflict has been complicated because it's happening during Ramadan. Our Palestinian staff is fasting.

There's a town near where I grew up in Iowa that has 175,000 people. Sioux Falls. I was trying to explain to someone back home what this has been like and it's trying to take the entire population of Sioux Falls and put them in 90 school buildings. In a week.

One of the things that's helped is the UN has places called humanitarian response depots. There's one in Dubai. We basically cleaned it out and airlifted everything to Amman. We brought in 1.2 million diapers for babies. When I saw that I thought it was great and we were good for a long time. Ten days later we were scrambling to get more. 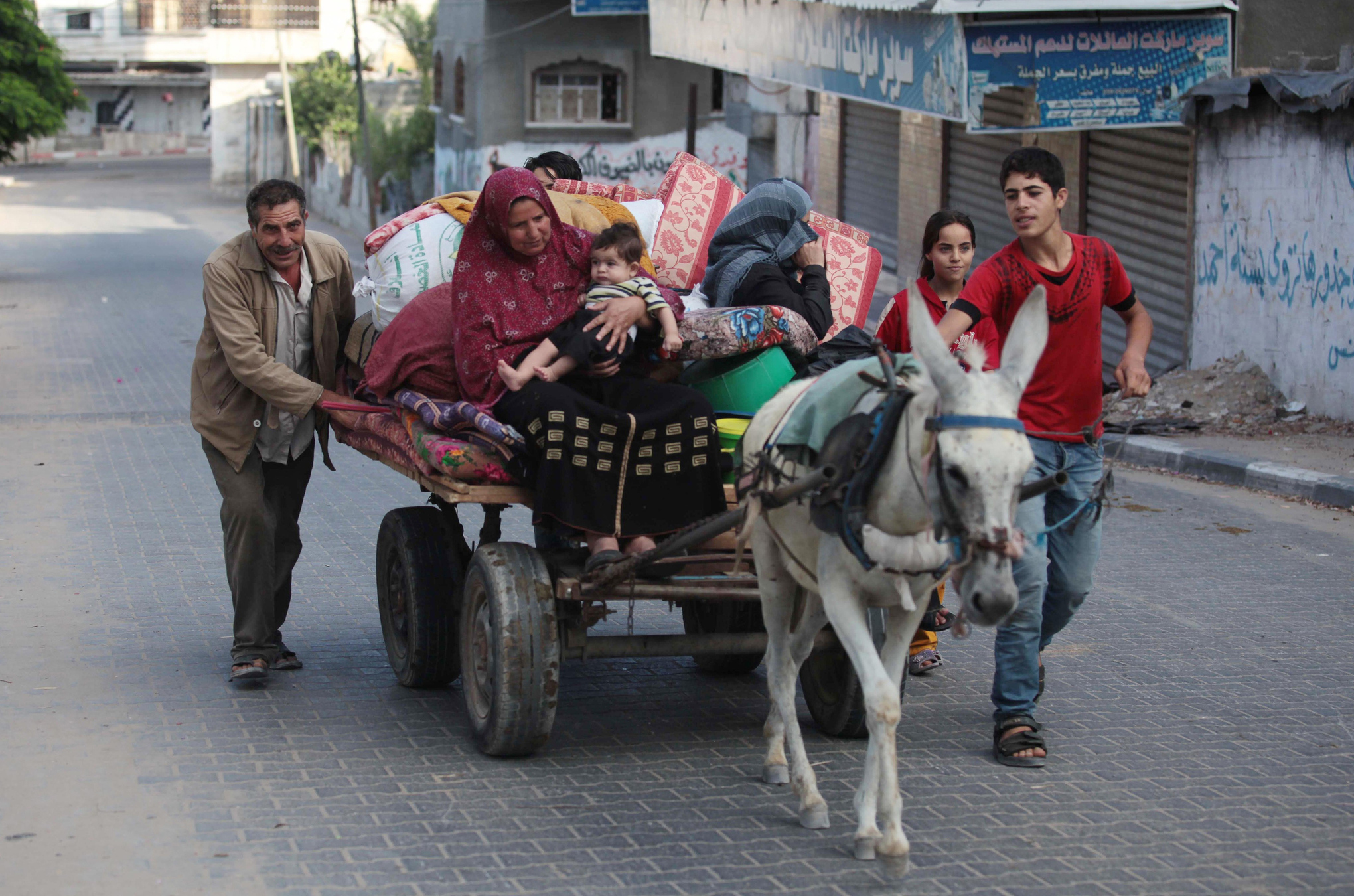 I have been to every shelter of ours that was hit. People are very angry. They direct their anger at us. That's totally legitimate. They feel we aren't doing enough to protect them. I don't know if any of these strikes were premeditated or negligent or what. But over 10 people died in the first hit on one of our shelters and a lot were injured. The school in Jabaliya that was hit, it was hit by artillery shells in the middle of the night. Then there was the one if Rafah where a motorcycle outside the school got hit. The only thing people look for when they come to our schools is a place where they can be safe and where their children can be safe. But there is not enough concern on either side of this conflict for keeping civilians safe.

I was up in Beit Hanoun today. We were driving around to try to get a better understanding of what's left. 90 percent of the buildings in Beit Hanoun are damaged in some fashion. There are whole half-city blocks that are completely destroyed. It looks like something out of a post-apocalyptic movie you would see in a theater. It's almost hard to conceptualize there could be that much damage.

The early estimate is 10,000 homes have been destroyed or damaged to the point that they're no longer inhabitable and another 30,000 or 40,000 of homes sustained minor or moderate damage. In the normal market across the Gaza Strip there are probably 2,000 apartments to rent. That's a lot of families. We need to find them a place to live.

At the moment people don't have much hope to rebuild their lives. There's no cement or steel in the market. We're trying to figure out how we help people rebuild without access to that material. I believe strongly that if whatever agreement reached in Cairo doesn't address some of these underlying conditions all we've done is reset the clock until the next conflict.

We have to consider that well over half the population in Gaza under the age of 18. That's a lot of people who could drift into radicalism. It would be a lot better for everyone going forward if those kids had good prospects for a job and a house and a family going forward. 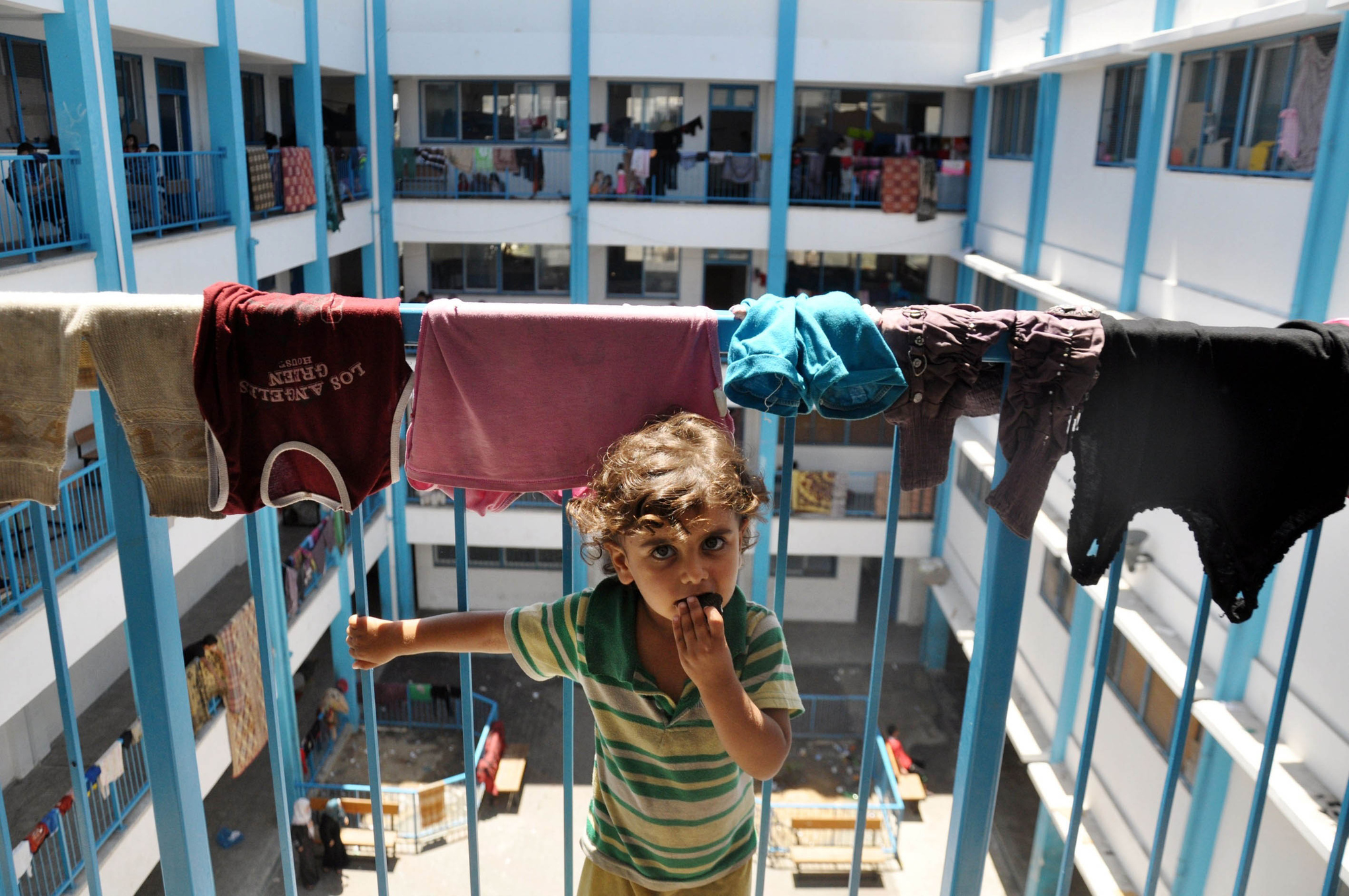 I was talking to a friend who served in the UK Army during the problems they had in Northern Ireland. He said that the turning point was when the economy got to the point that they had a car and a nice home and a future for their children. Once they got that they were more interested in living their lives than fighting.

One of the things that's quite different for me about now than 2009 is that the relationships I have here are much stronger, with people both in Gaza and Israel. It's been much harder emotionally to deal with this, to see people you've worked with who are good people have their lives torn apart by this conflict. It's painful and it hurts but it also gives us motivation to get up the next day and do better so other people don't have to deal with this. One of my friends here in Israel just lost their best friend. It makes you want to get up and do more. I don't want more people to have to experience that same loss and grief.

One thing I have found surprising about this conflict this time is all the people I've served with in Gaza who have now left - it's had a huge emotional impact on them. My wife works in Iraq. Prior to that she was here in Gaza. In many ways it's been harder on her and my other friends who used to be here than on me because I can get up every morning and try to make things better. They feel helpless.

Despite all these challenges, Gaza is in many ways the most interesting and rewarding place I have ever worked. Every day is a new challenge and every day you experience a range of emotions from grief, frustration, and anger to satisfaction, elation, and gratification.