On Sunday, August 17, the ninth night of protests and the second night of a mandatory curfew imposed by Missouri Gov. Jay Nixon, protests in Ferguson again turned chaotic and violent. Police fired tear gas into a crowd of protesters, hitting at least one child, according to reporters at the scene.

Missouri Highway Patrol Captain Ron Johnson, who's in charge of security at the Ferguson protests, said at a press conference that police actions were prompted by violent acts, including shootings, hurled Molotov cocktails, and vandalism of various businesses, before the curfew went into effect. Johnson said police had to call in additional support to deal with the escalating situation.

Three people were injured and seven or eight were arrested throughout the night, according to police reports. No officers were injured.

Reports from throughout the night

.@iamsakuma on @msnbc says she saw 4 men throw Molotov cocktails at police that burned out before they reached them. Also saw a man w a gun.

— And then police in riot gear moved in, ordering everyone to go home well before the 12 a.m. curfew.

More of what was used against crowd of protestors in #Ferguson pic.twitter.com/0mdKF8P3mJ

— Some protesters had to be treated for tear gas burns. 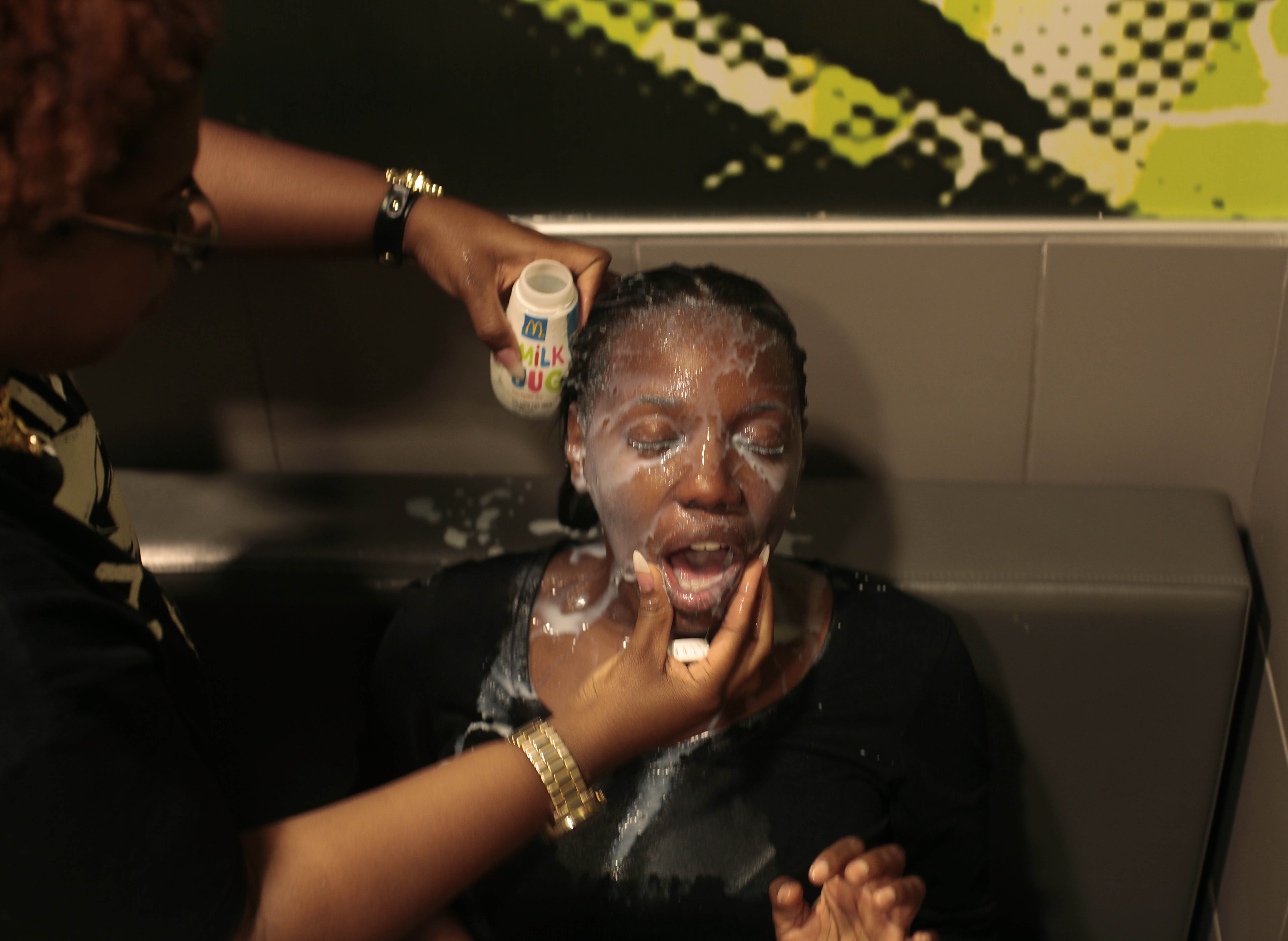 A woman is treated with milk from McDonald's after getting hit with tear gas by police in Ferguson, MO. (Joshua Lott / Getty Images News)

— Some reporters pointed out the situation is total chaos.

— A later report of gunshots — around 10:30 p.m. local time — were later clarified by police to be fireworks.

Report of shots fired has been cleared as fireworks, police say. #Ferguson

— Some reporters said they were briefly arrested by Missouri Highway Patrol Captain Johnson, who's in charge of security in Ferguson.

Captain Johnson arrested us for 2 minutes. We pleaded that we had followed every instruction. He let us go.

— Reporters pointed out that it's very difficult to report what's going on, because police are threatening journalists and pushing them into specific areas.

Had police not corralled reporters, and if molotovs had been thrown, St Louis PD tweet could have been confirmed more readily. #ferguson

— One livestream operator caught a cop threatening to shoot him on camera.