How we'd cover Ferguson if it happened in another country

Share All sharing options for: How we'd cover Ferguson if it happened in another country

How would American media cover the news from Ferguson, Missouri, if it were happening in just about any other country? How would the world respond differently? Here, to borrow a great idea from Slate's Joshua Keating, is a satirical take on the story you might be reading if Ferguson were in, say, Iraq or Pakistan. 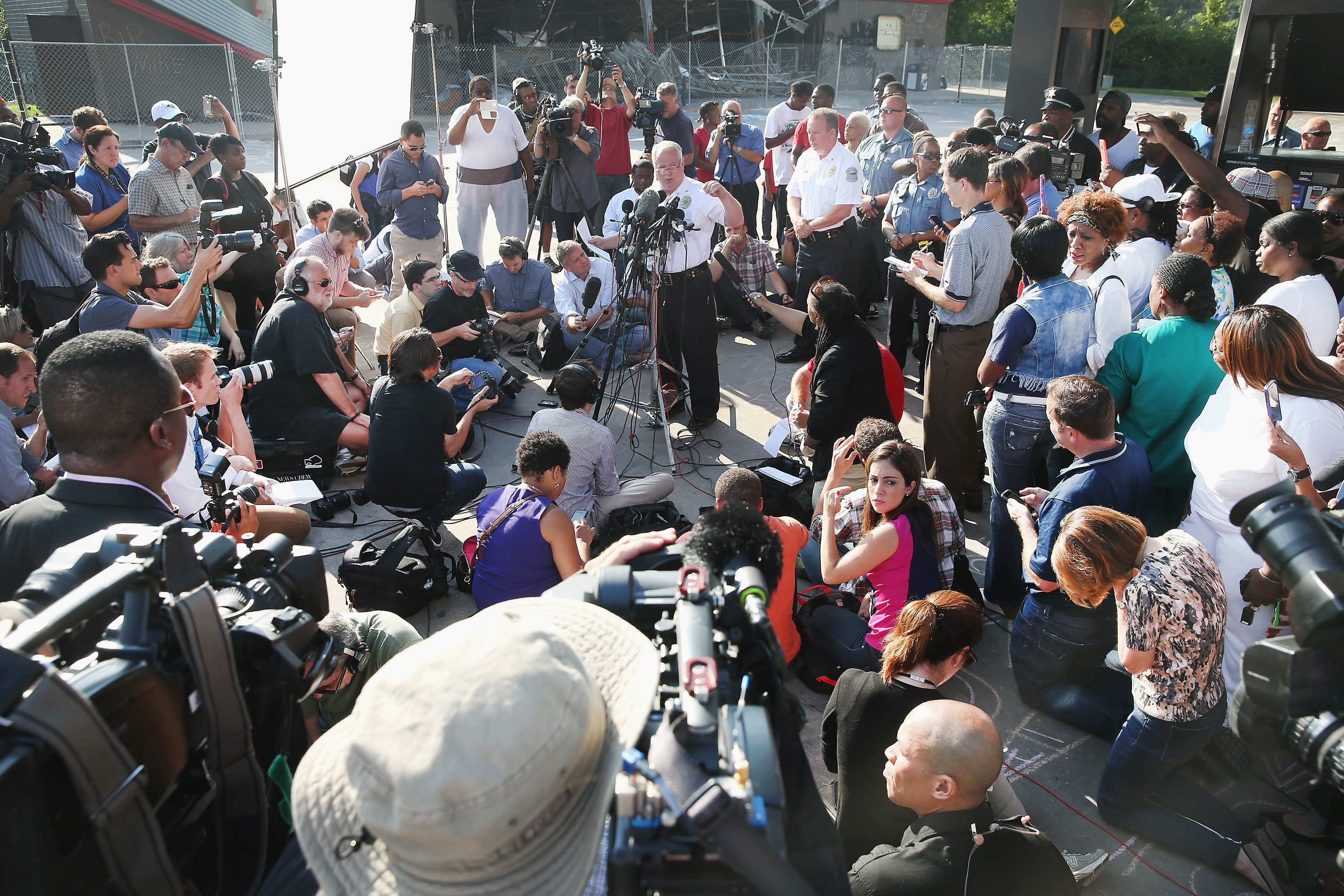 FERGUSON — Chinese and Russian officials are warning of a potential humanitarian crisis in the restive American province of Missouri, where ancient communal tensions have boiled over into full-blown violence.

"We must use all means at our disposal to end the violence and restore calm to the region," Russian Foreign Minister Sergei Lavrov said in comments to an emergency United Nations Security Council session on the America crisis.

The crisis began in August in Ferguson, a remote Missouri village that has been a hotbed of sectarian tension. State security forces shot and killed an unarmed man, which regional analysts say has angered the local population by surfacing deep-seated sectarian grievances. Regime security forces cracked down brutally on largely peaceful protests, worsening the crisis.

In response, ancient American tradition called for the gathering of a community tribal council known as a "grand jury" to weigh the case. On November 24, it announced there would be no charges against the responsible security forces. The stunning decision, which reflects the opaque and mysterious nature of the "grand jury" tradition, further outraged the already despondent local populace.

America has been roiled by political instability and protests in recent years, which analysts warn can create fertile ground for extremists.

Missouri, far-removed from the glistening capital city of Washington, is ostensibly ruled by a charismatic but troubled official named Jay Nixon, who has appeared unable to successfully intervene and has resisted efforts at mediation from central government officials. Complicating matters, President Obama is himself a member of the minority sect protesting in Ferguson, which is ruled overwhelmingly by members of America's majority "white people" sect.

Analysts who study the opaque American political system, in which all provinces are granted semi-autonomous self-rule, warned that Nixon may seize the opportunity to move against weakened municipal rulers in Ferguson. Missouri's provincial legislature, a traditional "shura council," is dominated by the opposition faction. Though fears of a military coup remain low, it is still unknown how Nixon's allies within the capital will respond should the crisis continue.

Now, international leaders say they fear the crisis could spread.

"The only lasting solution is reconciliation among American communities and stronger Missouri security forces," Chinese President Xi Jinping said in a speech from his vacation home in Hainan. "However, we can and should support moderate forces who can bring stability to America. So we will continue to pursue a broader strategy that empowers Americans to confront this crisis."

Xi's comments were widely taken as an indication that China would begin arming moderate factions in Missouri, in the hopes of overpowering rogue regime forces and preventing extremism from taking root. An unknown number of Kurdish peshmerga military "advisers" have traveled to the region to help provide security. Gun sales have been spiking in the US since the crisis began.

Analysts warn the violence could spread toward oil-producing regions such as Oklahoma or even disrupt the flow of American beer supplies, some of the largest in the world, and could provide a fertile breeding ground for extremists. Though al-Qaeda is not known to have yet established a foothold in Missouri, its leaders have previously hinted at assets there.

Though Missouri is infamous abroad for its simmering sectarian tensions and brutal regime crackdowns, foreign visitors here are greeted warmly and with hospitality. A lawless expanse of dogwood trees and beer breweries, Missouri is located in a central United States region that Americans refer to, curiously, as the "MidWest" though it is nearer to the country's east.

It is known among Americans as the home of Mark Twain, a provincial writer from the country's small but cherished literary culture, and as the originator of Budweiser, a traditional American alcoholic beverage. Budweiser itself is now owned by a Belgian firm, in a sign of how globalization is transforming even this remote area of the United States. Analysts say some american communities have struggled as globalization has pulled jobs into more developed countries, worsening instability here.

Locals here eat a regional delicacy known as barbecue, made from the rib bones of pigs, and subsist on traditional crafts such as agriculture and aerospace engineering. The regional center of commerce is known locally as Saint Louis, named for a 13th century French king, a legacy of Missouri's history as a remote and violent corner of the French Empire.

After Ferguson's streets erupted on Monday, in response the "grand jury" decision, a palpable sense of tension and uncertainty hung in the air. A Chinese Embassy official here declined to comment but urged all parties to exhibit restraint and respect for the rule of law. In Moscow, Kremlin planners were said to be preparing for a possible military intervention should political instability spread to the nearby oil-producing region of Texas.