Why Obama is considering ground troops in Iraq

Share All sharing options for: Why Obama is considering ground troops in Iraq

A series of stories on Wednesday suggest a US ground mission in Iraq may be a growing possibility. Deputy National Security Advisor Ben Rhodes told the New York Times that "the United States would consider using American ground troops to assist Iraqis in rescuing Yazidi refugees." Those refugees are members of a religious minority trapped by Islamic State (ISIS) forces on northern Iraq's remote Mount Sinjar, where they would slowly starve to death without help.

This seems surprising: wasn't Obama's first rule for the Iraq mission no "troops back into combat in Iraq?" Well, yes. But the way the administration sees the Iraq mission, any Yazidi rescue operation likely wouldn't be considered "combat." Any such mission would likely be part of the administration's very narrowly tailored objectives in Iraq, not a broader entree into Iraq's war. Like his 2013 plan to launch air strikes in Syria, it's possible Obama could back off before executing, but here is what a hypothetical Iraq mission would likely look like and how it would fit into the US's current strategy against ISIS.

Why rescuing the Yazidis could require ground troops 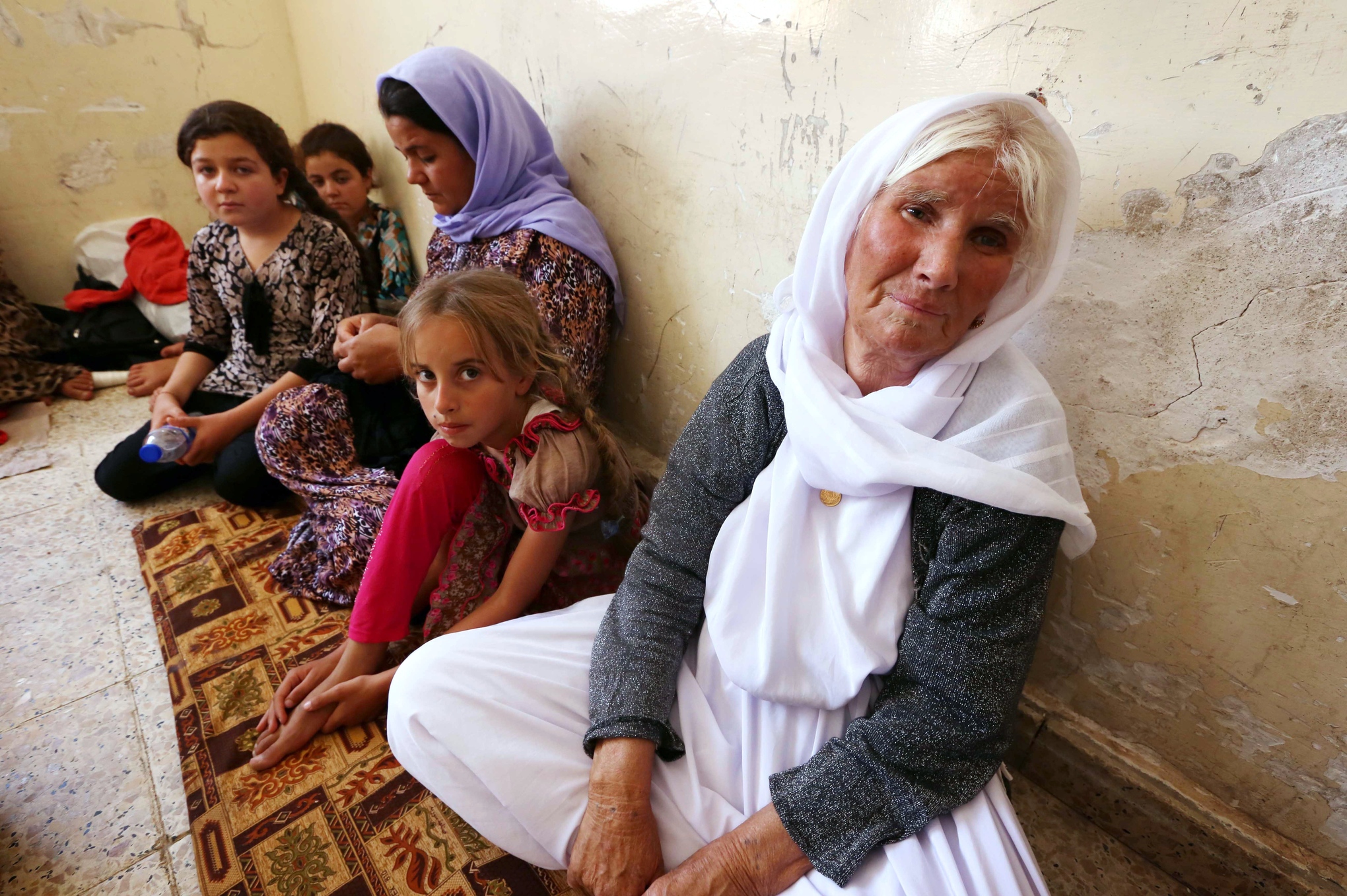 Here's the Yazidi situation, in military terms. Tens of thousands of civilians are trapped on a mountain without access to food or water. Every road out is blocked by ISIS forces, who hate the Yazidis and want to slaughter them. Airdropping supplies is an OK stopgap for now, but it's really hard to continue doing that indefinitely; these people can't live off airlifted water bottles forever. That makes the equation very simple: if you want to save the Yazidis from ISIS, you need to get them off the mountain.

You may need ground troops to do that, either to break ISIS' siege of the mountain by reclaiming that territory outright and put the Yazidis in a vehicle convoy to safety or, more modestly, by securing the immediate area long enough to pull off a massive helicopter airlift. ISIS could fire on any landing zone, so ground troops traveling with the helicopters would need to fend off ISIS troops until the helicopters could get off the ground.

You can maybe see how, without enough ground troops to protect the helicopter, the risks of another Black Hawk Down-esque disaster are high. US military leadership, then, might not want to approve any operations without a large enough ground component to protect the landing zone. So, potentially, there's a real conflict between the administration's "no ground troops" position and its stated objective of saving the Yazidis trapped on the mountain.

A ground operation isn't the same thing as re-invading Iraq 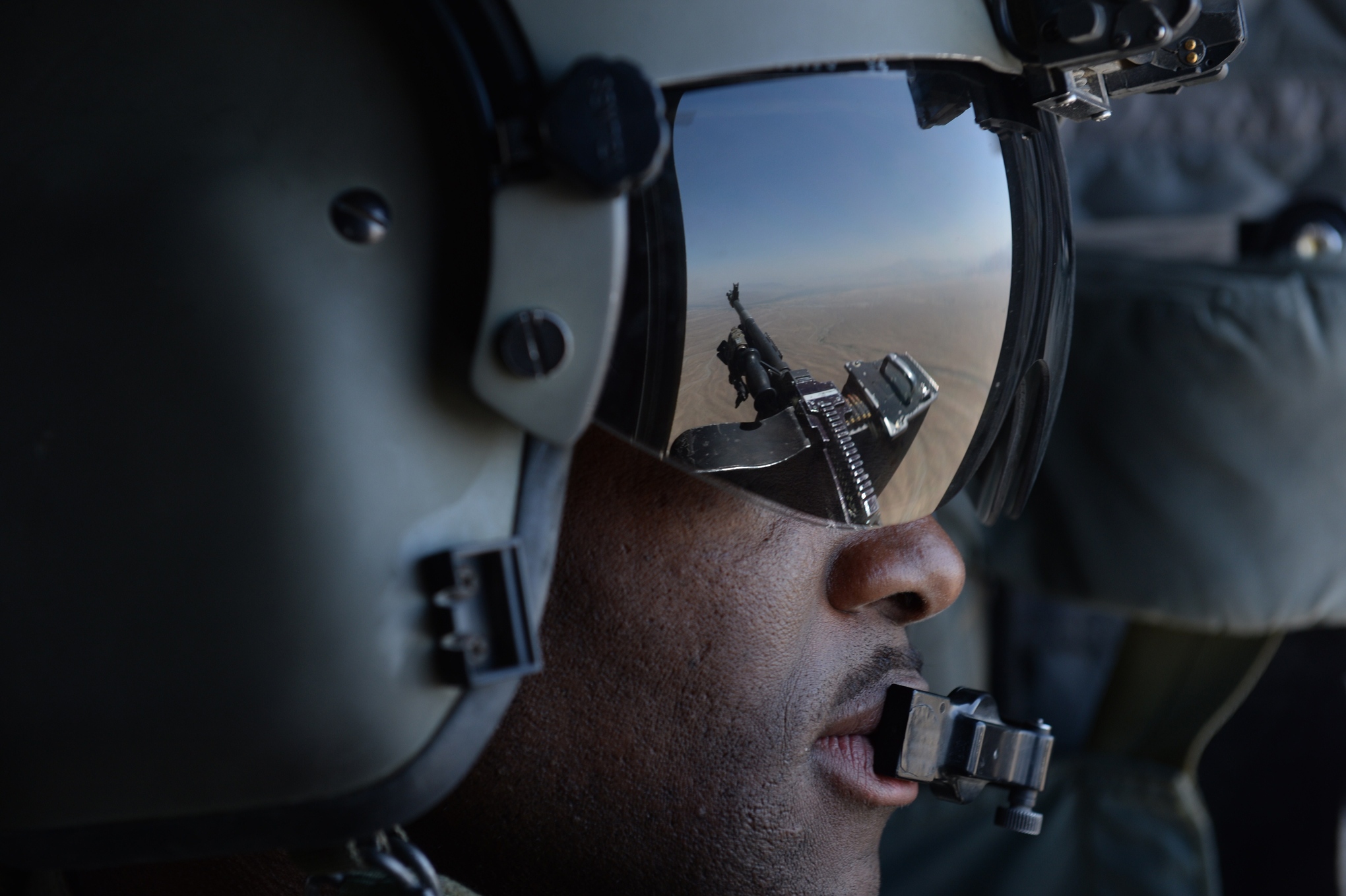 A US soldier in a helicopter in Afghanistan. Shah Marai/AFP/Getty Images

The Obama administration is squaring this circle by saying that any mission wouldn't be in a "combat role." Rhodes, according to the Times, differentiates between "the use of American forces to help a humanitarian mission and the use of troops in the battle against militants from the Islamic State."

In one sense, this is classic Obama squirrelly language. The administration got around legal limits on the 2011 Libya war by calling it a "kinetic military operation" rather than a "war." Here, they're calling what's clearly a combat mission a "humanitarian" operation. Regardless of what they call it, US troops would almost certainly exchange gunfire with ISIS forces. Sorry, Ben — that's combat.

But for people worried about mission creep, which is a reasonable thing to worry about, the distinction does matter. Rhodes' point is that the US still hasn't changed its decision that US ground troops should not be trying to roll back ISIS. He doesn't even seem to be open to the idea of US troops, in addition to the ongoing US airstrikes, directly supporting the Kurdish peshmerga trying to drive ISIS out of Kurdistan.

That's because Obama sees the Yazidi question as separate from the broader Iraq conflict. The administration is thinking, very narrowly, about accomplishing a specific military objective — break the siege — that would help save lives. Anything more than that would involve a much more involved military campaign. The Yazidi mission under discussion right now would be get in, get out — nothing more.

A US combat operation isn't inevitable — don't forget the British 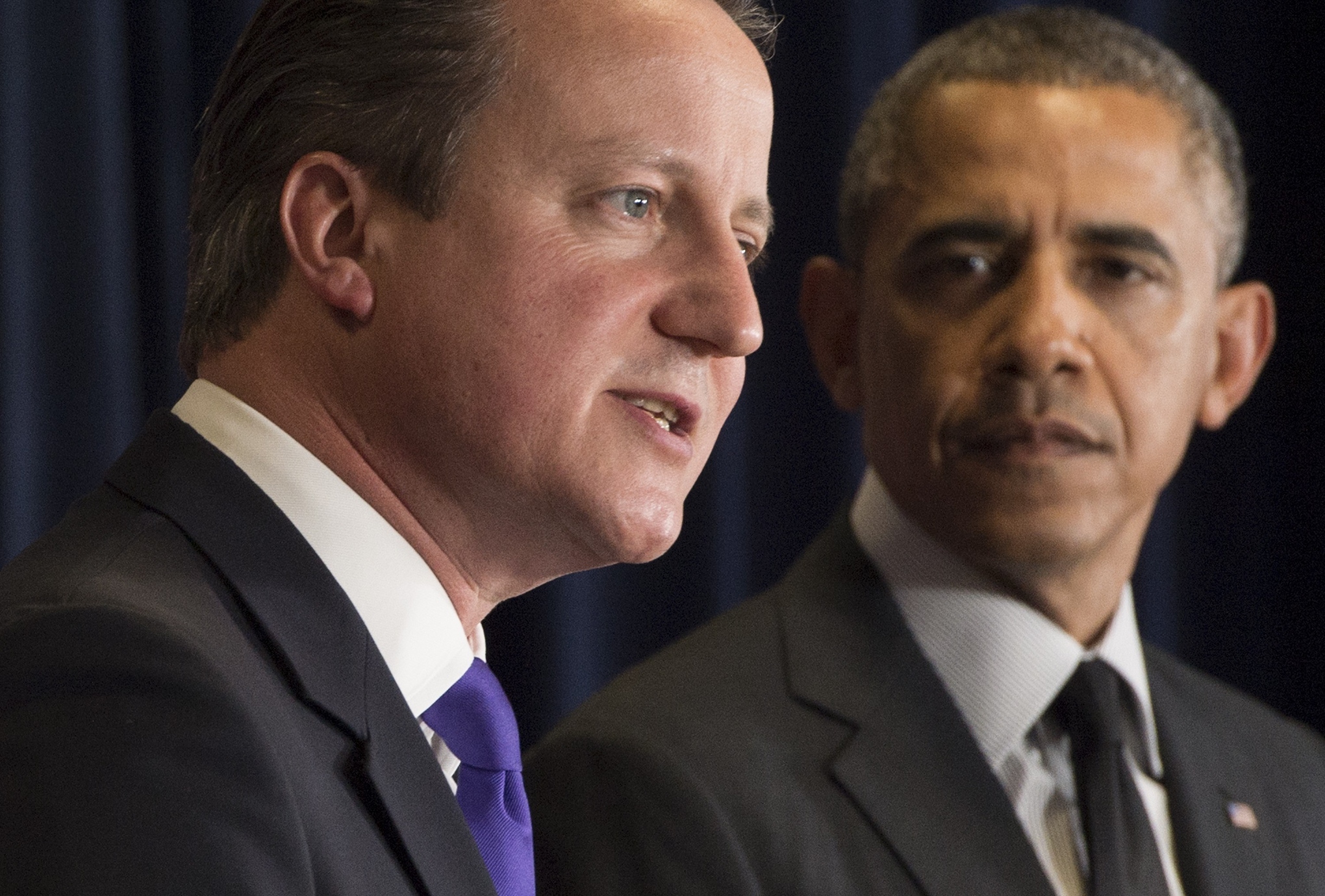 Right now, all of this is hypothetical. Even if a Yazidi rescue operation is coming (which isn't itself clear), the Obama administration is emphasizing that it hasn't decided to deploy US ground troops yet. But there's an alternative to using American troops: use British ones instead.

UK Prime Minister David Cameron seems convinced that British forces would be involved in any Yazidi rescue operation. "Detailed plans are now being put in place," Cameron said of a rescue mission. "Britain will play a role in delivering them." That would seem to imply UK helicopters, UK special forces securing the landing zone, or some other kind of assistance.

"What, therefore, can Britain provide that is not being currently available? Virtually nothing,"

Cameron is under domestic political pressure from his own Tory party to get involved in the conflict. According to the Guardian, "Backbench Tory critics were distributing a cartoon from Tuesday's Times that featured lines of dead refugees lying on the ground. The cartoon ended with a pot-bellied Cameron lying on a beach towel in relaxed pose." Until Wednesday, Cameron had been on vacation. He cut it short by a day, according to the Guardian, to meet with high-level British officials on Iraq.

The point of any British operation wouldn't be to add any firepower the Americans don't have. "What, therefore, can Britain provide that is not being currently available? Virtually nothing," Shashank Joshi, a senior research fellow at the Royal United Services Institute think tank, writes. It would therefore be more about substituting for political will.

That's not to say they wouldn't help. To give just one example, Joshi thinks British air support could "ease the strain on US pilots if the operational tempo were to quicken." As it certainly would if a full-scale rescue mission were launched.