When is it legal for a cop to kill you?

Share All sharing options for: When is it legal for a cop to kill you?

Charging a police officer with a crime after the death of a civilian is incredibly rare — even when there's video evidence. And a big part of that is because of the legal standards for when a cop is allowed to use deadly force: what the public sees as crossing the line may not actually break the law, and even the most reliable video evidence might not show an officer actually committing a crime.

There are plenty of guidelines for use of force by police, but it often boils down to what the officer believed when the force was used (something that is notoriously difficult to standardize), regardless of how much of a threat actually existed. Here's how prosecutors draw the line between a justifiable use of force by a police officer, and a crime.

How do you determine if a police officer was justified in using deadly force?

If a cop murders someone, he’s not just breaking the law — he’s violating his employee handbook.

One set of standards is state law, informed by a couple of Supreme Court precedents that lay out the circumstances under which law enforcement officers are justified in using lethal force on suspects.

The other set of standards is the policy of the officer's police department, which tells its employees when it is and isn't appropriate for them to use force.

If a police officer were to murder someone in cold blood while on the job, he wouldn't just be breaking the law — he'd be violating his equivalent of an employee handbook. But something can be against a police department's policy without being against the law. When New York police officer Daniel Pantaleo put Eric Garner in a chokehold (ultimately killing him) in July 2014, for example, he violated the NYPD's policy on use of force — but there isn't a law on the books saying a police officer can't use a chokehold.

So when a cop uses deadly force in an officer-involved death, there's a standard criminal investigation: detectives collect evidence and present it to the local prosecutor. The prosecutor then determines whether the killing fits the standards in state law for permissible homicide. If it doesn't, then a crime has been committed, and the prosecutor's job becomes figuring out which crime it was and whether there's enough evidence to charge the officer with it.

But there's also an internal investigation within the cop's department to evaluate whether the incident violated its use-of-force policy. Many departments' policies are stricter than state law — but an officer can't be charged with a crime just for violating the policy. He or she can, however, be fired for it. 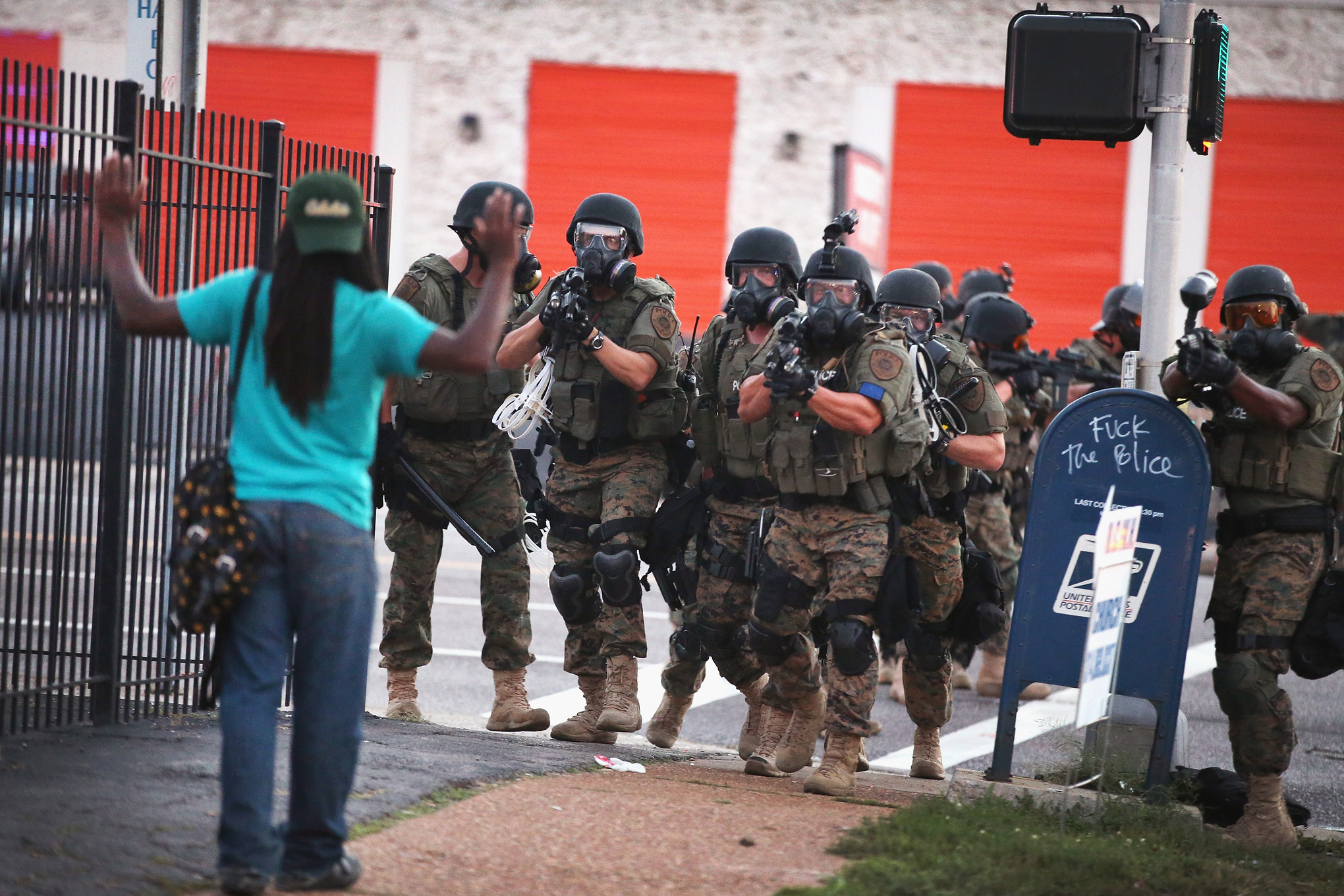 In the 1980s, a pair of Supreme Court decisions set up a framework for determining when deadly force by cops is reasonable. Those decisions have governed how state laws are applied. Furthermore, many agencies simply use identical standards to the Supreme Court's for their own use-of-force policies — though some departments don't let officers use deadly force even when the Court decisions say they'd be allowed to.

Constitutionally, "police officers are allowed to shoot under two circumstances," says criminologist David Klinger of the University of Missouri St. Louis. The first circumstance is "to protect their life or the life of another innocent party" — what departments call the "defense-of-life" standard. The second circumstance is to prevent a suspect from escaping, but only if the officer has probable cause to think the suspect poses a dangerous threat to others.

The logic behind the second circumstance, says Klinger, comes from a Supreme Court decision called Tennessee v. Garner. That case involved a pair of police officers who shot a 15-year-old boy as he fled from a burglary. (He'd stolen $10 and a purse from a house.) The Court ruled that cops couldn't shoot every felon who tried to escape. But as Klinger says, "They basically say that the job of a cop is to protect people from violence, and if you've got a violent person who's fleeing, you can shoot them to stop their flight." 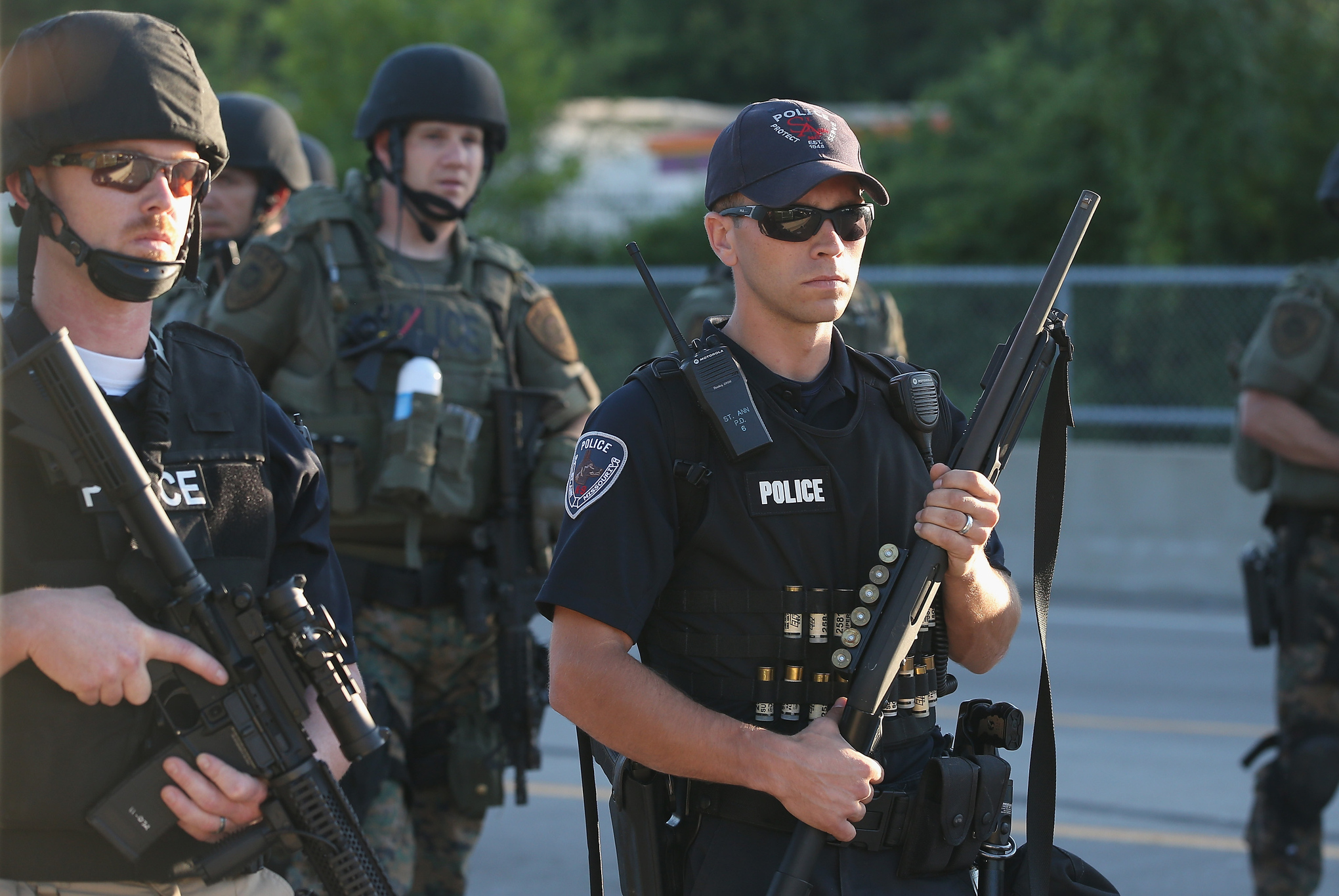 It doesn't matter if a cop is threatened; it matters if he has a reasonable belief that he is. (Scott Olson/Getty)

The key to both of the legal standards — defense of life and fleeing a violent felony — is that it doesn’t matter whether there is an actual threat when force is used. Instead, what matters is the officer’s “objectively reasonable” belief that there is a threat.

That standard comes from the other Supreme Court case that guides use-of-force decisions: Graham v. Connor. This was a civil lawsuit brought by a man who'd survived his encounter with police officers, but who'd been treated roughly, had his face shoved into the hood of a car, and broken his foot — all while he was suffering a diabetic attack. The Court didn't rule on whether the officers' treatment of him had been justified, but it did say that the officers couldn't justify their conduct just based on whether their intentions were good. They had to demonstrate that their actions were "objectively reasonable," given the circumstances and compared to what other police officers might do.

There are plenty of cases in which an officer might be legally justified in using deadly force because he feels threatened, even though there’s no actual threat there. Klinger gives the example of a suspect who is carrying a realistic-looking toy gun. That example bears a resemblance to the shooting death of John Crawford, an Ohio man who was killed by police in August 2014 while carrying a toy rifle in Walmart.

Hypothetically, if the gun looked real, Klinger says, "the officer's life was not in fact in jeopardy, but that would be an appropriate use of force. Because a reasonable officer could have believed that that was a real gun." In fact, toy gun manufacturers — including the maker of the air rifle Crawford had — have started using this standard to limit their liability, putting on a warning label that tells consumers police could mistake their products for real guns.

The time from a cop’s decision to use deadly force to the moment he pulls the trigger: two seconds.

Walter Katz, a California attorney who specializes in oversight of law enforcement agencies — particularly during use-of-force investigations — points out that it's hard to determine whether an officer's fear is reasonable because the decision to shoot is so fast.

"Officer-involved shootings happen extremely quickly," Katz says. "Usually, the point from where the officer believes he has to use deadly force to the point where he uses deadly force — where he pulls the trigger — is about two seconds." That can make it much harder for investigators to decide whether or not the officer was reasonable in thinking he had to shoot.

But each use of deadly force does have to be evaluated separately to determine if it was justified. "The moment that you no longer present a threat, I need to stop shooting," says Klinger. However, he continues, "There's a difference between the moment you cease to be a threat and the moment I perceive you ceased to be a threat." And Katz points out that if an officer has been assaulted and the suspect runs away, the officer's threat assessment is probably going to be shaped by having just been assaulted. But, Katz says, "One can't just say, 'Because I could use deadly force 10 seconds ago, that means I can use deadly force again now.'"