Share All sharing options for: Universal child care, a basic income, and 4 other radical policies that almost became law

Congressional gridlock makes it tough for even the most uncontroversial of bills to get passed — and all but impossible for big, game-changing legislation to make it through.

It wasn't always so. Even as recently the 1990s, surprisingly ambitious legislation came very close to passing, only to be largely forgotten.

Here are six of the more surprising almost-passages in recent American history. 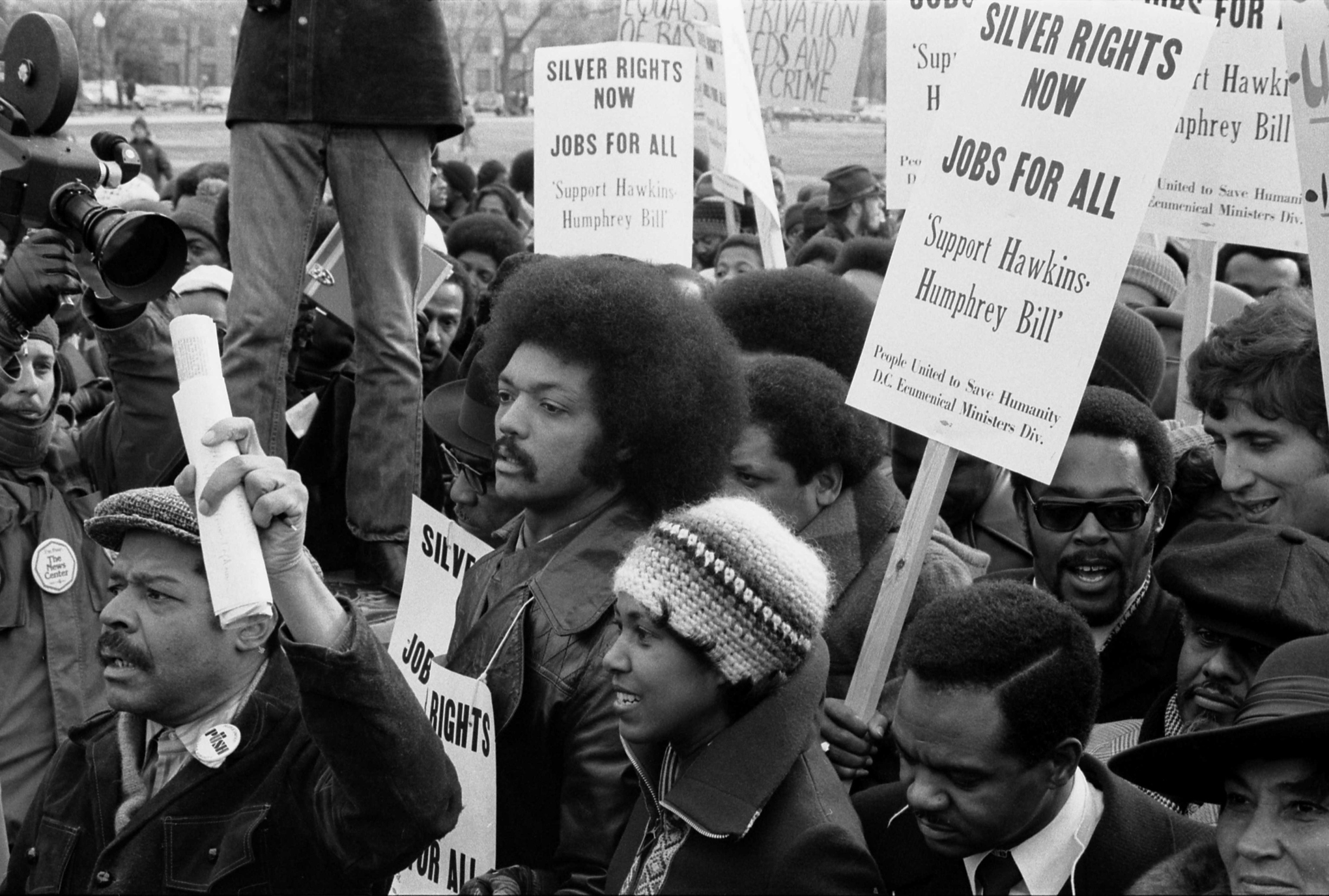 Jesse Jackson and other demonstrators rally for the Humphrey-Hawkins bill. (Thomas J. O'Halloran)

In a way, this actually passed — sort of. The Humphrey-Hawkins Full Employment and Balanced Growth Act of 1978 was signed into law by President Carter on October 27 of that year. It set numerical goals for unemployment and inflation going forward, which were more or less ignored. Today, it's mainly remembered for its requirement that the Federal Reserve submit a biannual report on monetary policy to Congress, with the chair of the Fed testifying before the House and Senate on its contents.

But in its original form, the act was truly radical. In a very early incarnation, it included a legal right to a job, enforceable by litigation. In other words, it would have let unemployed people sue the federal government to compel it to get them a job.

That provision was dropped early on, but even the 1976 version of the law, backed by organized labor and civil rights groups, guaranteed a "employer of 'last resort,' creating public-sector jobs when necessary to achieve full employment," political scientist Tracy Roofs writes, with full employment defined as 3 percent unemployment, a figure we have never reached since the bill's introduction.

"For a brief period in 1976, Humphrey-Hawkins looked like a sure thing," historian Jefferson Cowie writes. But it would be scuttled not just due to conservative opposition, but due to skepticism among left-leaning economists, who worried about its potential inflationary effects. "Particularly damning was the testimony of Charles Schultze, who had been Lyndon Johnson's budget director and a trusted liberal insider," Cowie writes.

"Schultze was particularly concerned about the 'prevailing wage' clause, which threatened to draw people out of low-paying private sector employment and into higher-wage public sector jobs, fomenting further inflation."

Schutlze was also the head of Carter's Council of Economic Advisors. The administration in general was fairly hostile to the bill as originally written. Liberal icon John Kenneth Galbraith also expressed concerns, imploring liberals to "not imagine that God is a liberal gentleman who will work miracles for liberals merely because He Loves His own."

The result was that the bill was significantly watered down into the form that eventually passed. But for a brief, fleeting moment, it seemed like a public job guarantee could have become federal policy. 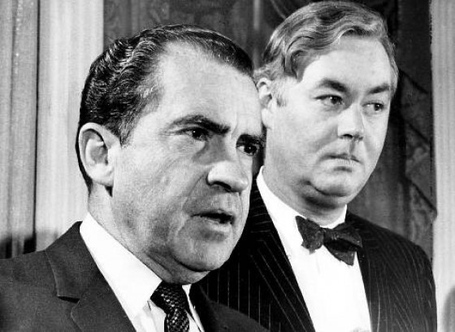 The 1972 presidential campaign was waged between two candidates who both had plans to create a guaranteed minimum income in the United States. And before the election, the incumbent, Richard Nixon, had pushed his version of the idea through the House of Representatives, faltering when it came to the Senate.

The exact proposal (known as the Family Assistance Plan) would have given about $10,000 in today's dollars for a family of four (less to smaller families, more to bigger ones), and then take away 50¢ of that for every $1 more people earned, such that families making $20,000 or above wouldn't get anything at all. The story of how the plan failed is complicated, and sociologist Brian Steensland's excellent book, The Failed Welfare Revolution, tells it in great detail. Broadly speaking, it was done in by a combination of conservative concern that the plan created work disincentives, cost too much, and encouraged dependence with liberal opposition to any changes to the bill meant to address conservative criticisms. Legislation died in the Senate after passage in the House.

Jimmy Carter issued a similar proposal upon taking office, but he didn't come nearly as close as Nixon to final passage. A lot of the energy behind guaranteed income proposals had moved on to job guarantee plans like the Humphrey-Hawkins bill (see above), and some experiments in the mid-1970s convinced (mistakenly, I think) policymakers that a guaranteed income would discourage work. 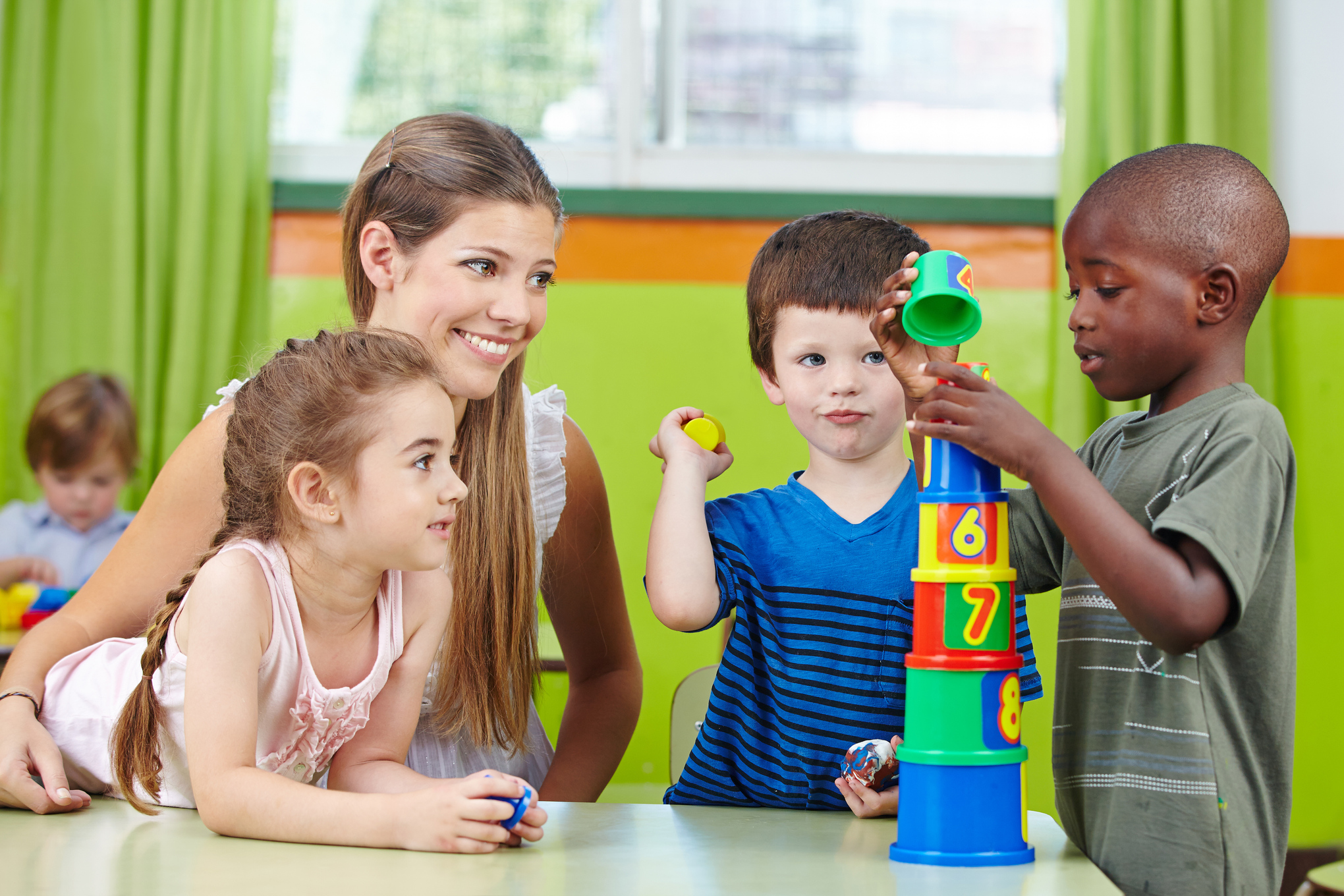 A key component of any viable welfare reform plan is some kind of provision for the care of children of welfare recipients. If the government is to encourage people to get off the welfare rolls and into employment, there ought to be some way for those heads of households to care for their children while working, particularly if they're single parents. The Clinton-era welfare reform included an (arguably inadequate) boost in child care subsidies for this reason, which worked together with the welfare reforms with uneven success.

But Nixon's welfare reform plan — the above-mentioned guaranteed income scheme — took a much more comprehensive approach. As a companion to the guaranteed income bill, Nixon supported a child care bill that would greatly expand center-based day care and provide it free of charge for people below a certain income, with a sliding payment scale for more affluent. The goal, ultimately, was universal access.

The plan fell apart due to opposition from both sides of the political spectrum. Conservatives (notably Nixon's advisor Pat Buchanan) argued that government-controlled day care would undermine the family. Columnist James Kilpatrick, egged on by Buchanan, wrote a column claiming it would "Sovietize our youth." On the left, activists, in particular Children's Defense Fund founder Marian Wright Edelman, opposed the Nixon administration's plan to have states administer the system, arguing that segregationist governors in the South could restrict access for children of color. This view was highly influential with Walter Mondale, who was leading the effort for the bill in the Senate.

Eventually, the Senate and House passed a version of the bill that would allow the program to be administered by municipalities as small as 5,000 people, a number that kept falling lower due to pressure from Edelman and Congressional liberals. The Nixon administration, according to his chief child care advisor Edward Zigler, was willing to compromise on the population figure, but 5,000 was sufficiently low to make the program very difficult to administer. While Zigler and Health, Education, and Welfare Secretary Eliot Richardson pushed for Nixon to sign the bill nonetheless, Buchanan's lobbying won out. Nixon vetoed it, with Buchanan writing the veto message. 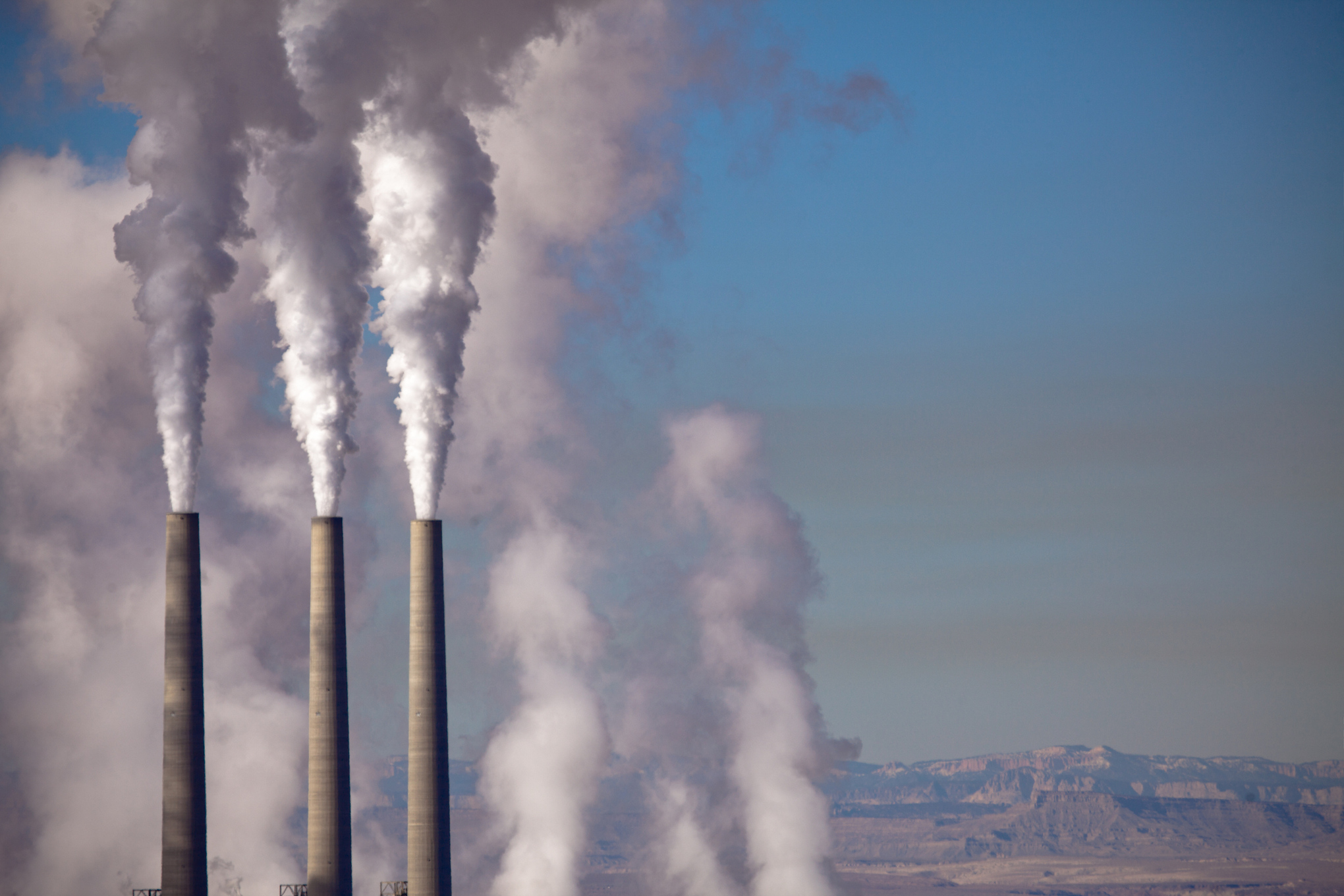 This is a thing that would have been taxed. Well, the fuel that goes in this thing, more specifically. (Shutterstock)

For its first budget in 1993, the Clinton administration wanted to put together a tax-heavy deficit reduction plan and it became clear that a income tax increase targeting high earners wouldn't be enough. As Friends of the Earth staffer Dawn Erlandson explained in a 1994 paper, that meant either a broad-based consumption tax or some kind of energy tax. A carbon tax was viewed as politically untenable but eventually the budget included a BTU tax, which would have taxed fuels based on their energy content as measured in British Thermal Units.

The budget plan passed the House with the BTU tax intact, but the tax failed to make it through the Senate Finance Committee after Senator Dan Boren (D-OK) came out forcefully against it. Support started to wane even among House members who voted for the plan, and eventually the tax was stripped from the plan entirely. 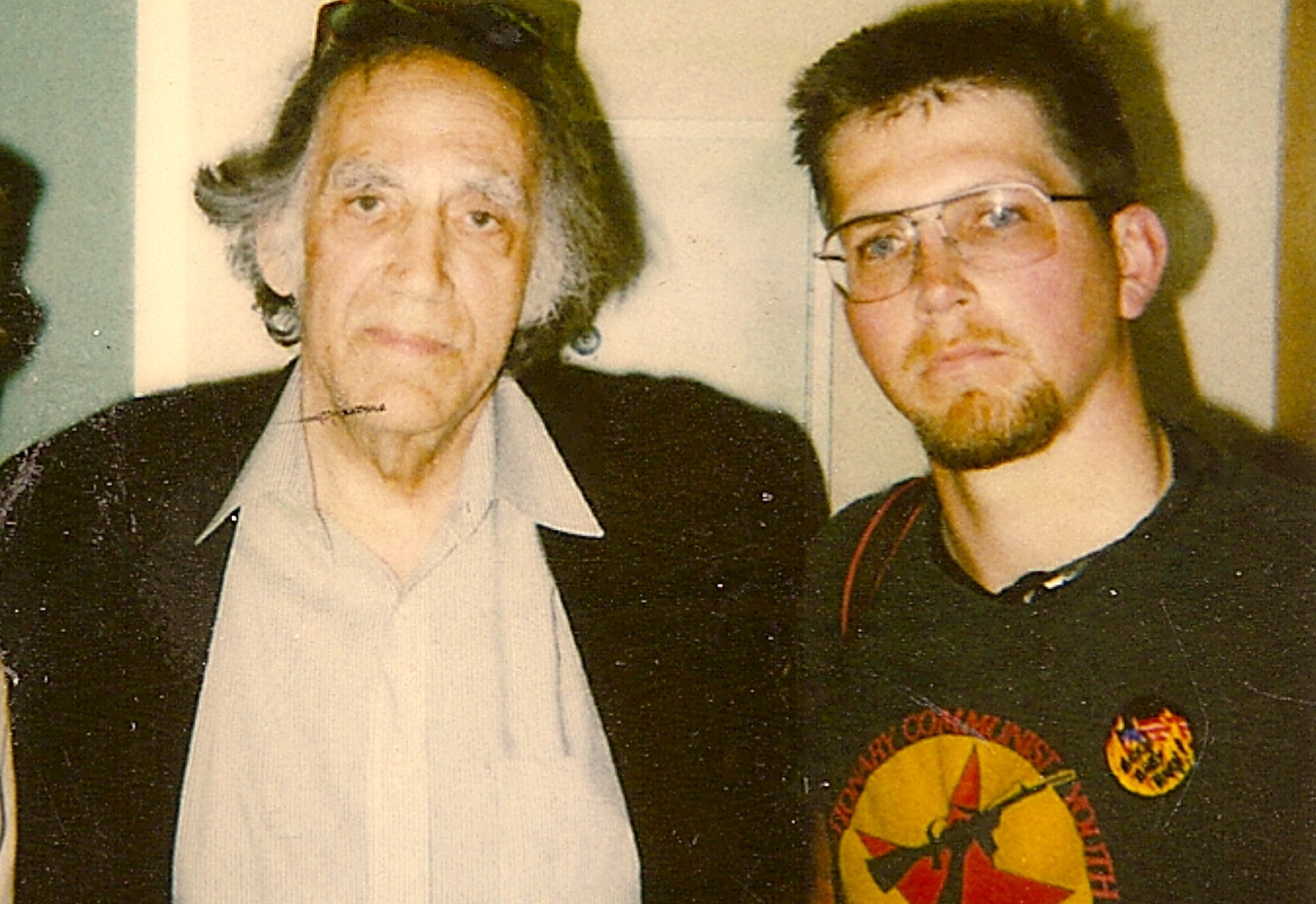 This is the most recent item on the list, and arguably the one with the most current bipartisan appeal. Ever since the Supreme Court ruled in 1989 that bans on flag desecration violated the First Amendment, there have been a number of attempts to amend the Constitution to enable the passage of a ban on flag-burning.

The closest the idea ever came to passage was in 2006, when the proposed amendment received 286 votes in the House (over two-thirds of those present) and 66 in the Senate. All it would have taken is one Senator switching sides to send the amendment to the states for ratification.

14 Democrats — including some still in office like Harry Reid, Dianne Feinstein, and Robert Menendez — voted for the amendment, and only three Republicans opposed it. By far the most notable of the GOP opponents was then-Whip (and current GOP leader) Mitch McConnell. While hardly a moderate, McConnell has a principled opposition to limiting the scope of the First Amendment. In an op-ed explaining his view on the amendment, he expressed concern about the precedent of amending the Bill of Rights.

"If we successfully carve out an exception to one basic freedom, perhaps those who seek to curtail our Second Amendment rights — the right to bear arms — will carve out another," he wrote. "Or the right to own private property, as expressed in the Fifth Amendment, could come under assault."

Time's Massimo Calabresi reported at the time that McConnell was extensively targeted by supporters of the amendment, but he would not bend even when it was clear the amendment would fail without him. 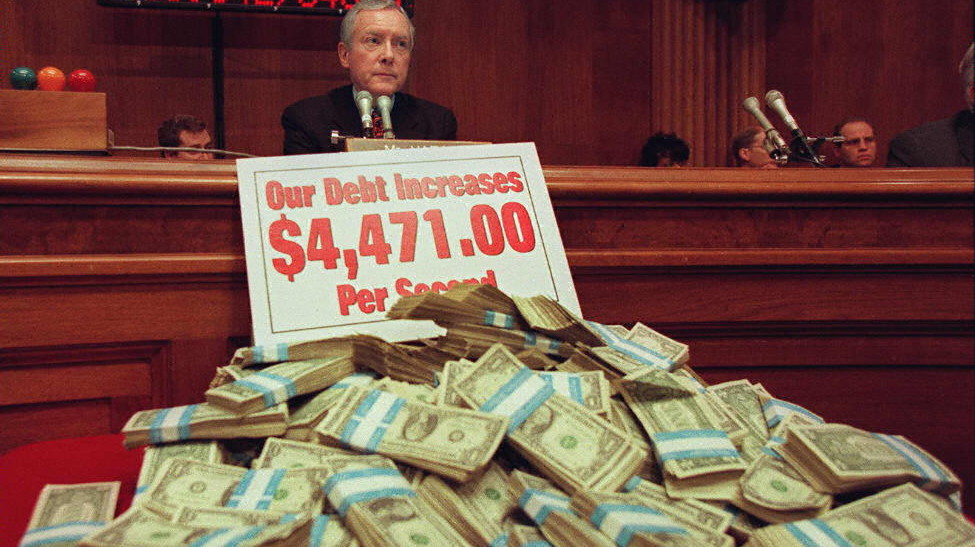 Senator Orin Hatch, then-chair of the Judiciary Committee in 1997, as the Balance Budget Amendment was marked up. (Luke Frazza/AFP/Getty Images)

You still hear some folks — mostly Republicans, but moderate Democrats like Mark Udall too — backing the idea of constitutionally mandating a balanced budget. As recently as 2011, Republicans demanded an amendment requiring a balanced budget, capping spending as a share of GDP, and requiring a supermajority to raise taxes as part of the debt ceiling deal, and the final deal wound up including a commitment to hold a vote on such an amendment.

That effort fell way short in both the House and Senate, but in 1997, the idea came very close to passing, receiving 66 votes in the Senate — one short of the number necessary to send it to the states for ratification. Two years earlier in 1995, it actually cleared the House, but fell one vote short in the Senate when Mark Hatfield, a famously ideologically heterodox Republican, voted no.

While most balanced budget amendment proposals include some provision for deficits in case of a supermajority vote or national emergency, they would make it considerably more difficult to use deficit spending to get the country out of recessions. For that reason, in 1992, 1997, and 2011 groups of notable economists — including Nobel winners like Robert Solow and James Tobin — wrote open letters opposing the amendment and warning of negative economic consequences of its adoption.