Share All sharing options for: Why most of the people Ebola kills may never actually contract it

Is it possible that most of the people killed by the Ebola outbreak in West Africa will never actually contract the disease?

New, worrying information from Sierra Leone suggests that damage from the disease may go far beyond deaths from the Ebola virus itself. Rather, Ebola is claiming more victims by damaging already-weak local health systems and their ability to respond to other medical problems, from malaria to emergency c-sections. The Ebola-driven rise in deaths from those other maladies may outpace the deaths from Ebola itself.

The effect of the loss of services may be severe. Even before the Ebola outbreak, Sierra Leone was ranked the seventh-worst country in the world for maternal and child mortality. In 2012, the aid group Save the Children reported that 18 percent of children in Sierra Leone did not survive to age 5, and one in 25 women died of childbirth or pregnancy-related causes. If these fears prove correct, those numbers may be about to get much worse. 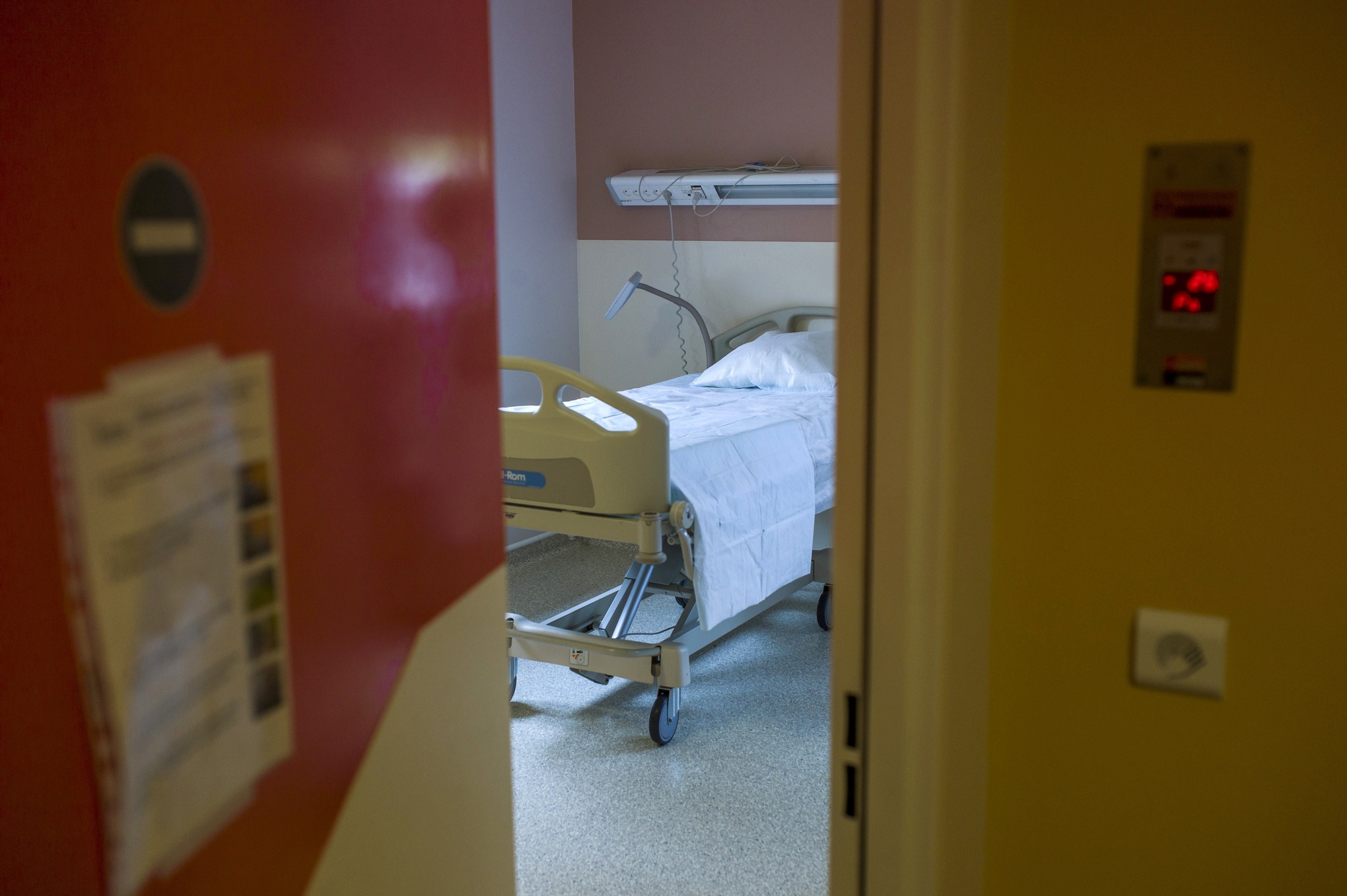 A picture taken on August 6, 2014 at the Bichat Hospital in Paris shows one of the rooms especially prepared for potential patients infected by the Ebola virus. (Fred Dufour/AFP/Getty Images)

The International Rescue Committee's health coordinator in Sierra Leone, Laura Miller, said that damage to the health care system is the "biggest threat" that the Ebola outbreak poses to the country.

Miller estimated that the virus has already killed 10 percent of the medical staff in Kenema district hospital, which is located in one of the most-affected regions of Sierra Leone. She said 40 health care workers from a single government hospital there have died. Although the IRC has not yet lost any of its staff members to infection, Miller noted that many of the local staffers have suffered terrible losses in their own families.

"The people who are on the ground here, who are Sierra Leonean and whose families have been affected, but who are still working every day to combat this outbreak, are the real heroes here," she said.

Losing so many health workers would be a tragedy anywhere, but it is particularly devastating in Sierra Leone, which has been struggling to rebuild its health-care system since the civil war ended 12 years ago. Much of that progress has already been destroyed, and there is no telling how many more workers may die before the infection is brought under control. 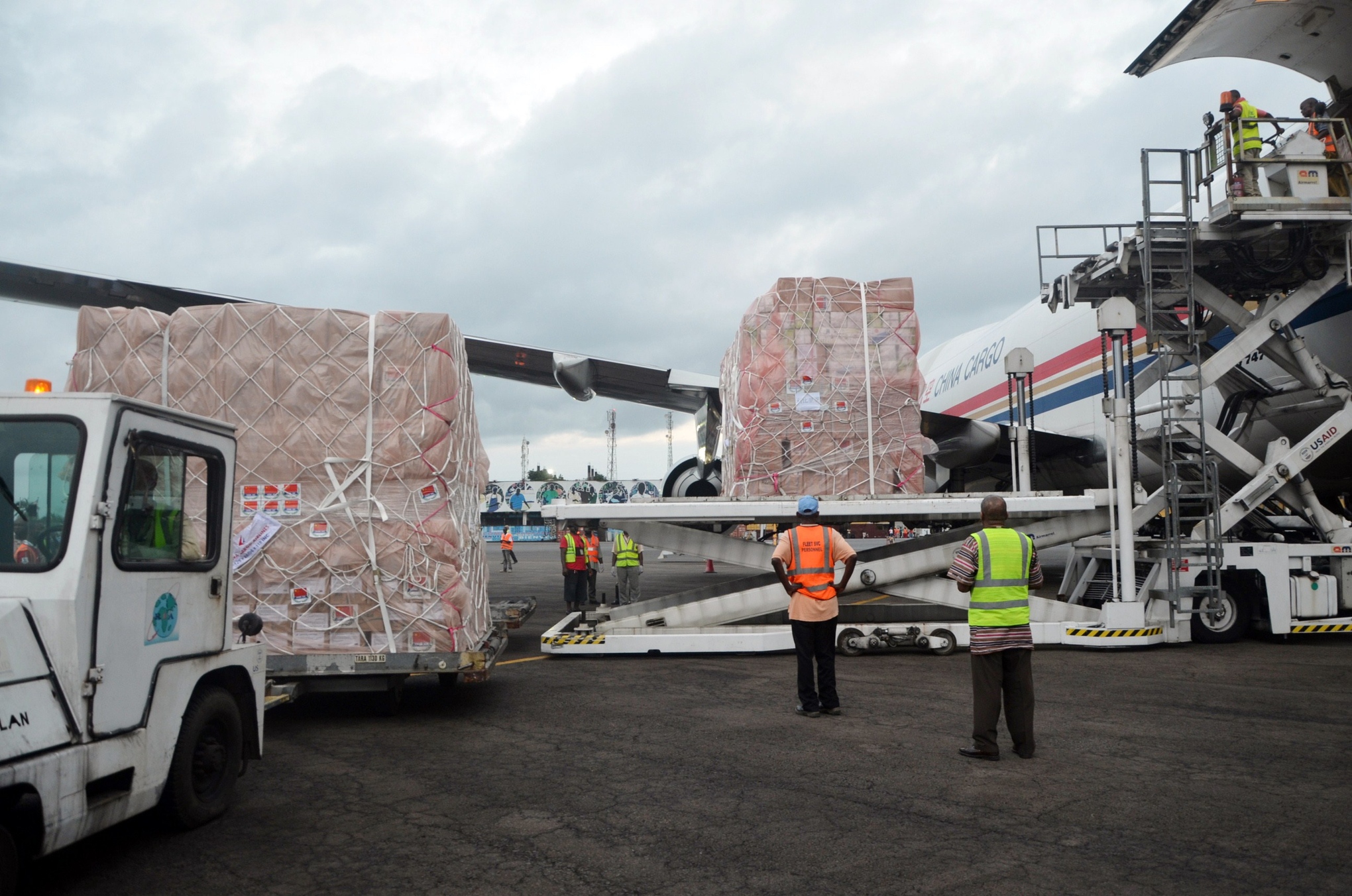 Workers unload medical supplies from a plane on August 11, 2014 at the Robertsfield international airport, near Monrovia. The supplies, coming from China and worth 4.9 million USD (around 3.7 million euro), are destined for countries hit by the Ebola outbreak. (Zoom Dosso/AFP/Getty Images)

Currently, most of the international aid response to the outbreak in Sierra Leone has been focused on building up the Ebola isolation units themselves — the specialized hospital facilities where infected patients are treated. However, Miller worried that this strategy overlooks growing shortages of other vital health resources.

Sierra Leone is currently suffering shortages of everything from latex gloves to the reagents needed for laboratory tests. As those resources are directed towards the desperate struggle to control the Ebola outbreak, they are unavailable for other types of care. The country is also suffering an acute shortage of blood — both because blood donations cannot be collected safely during the Ebola outbreak, and because available stocks have been used up.

All of that means there are fewer supplies available for non-Ebola medical needs.

Ebola is destroying trust in the health-care system 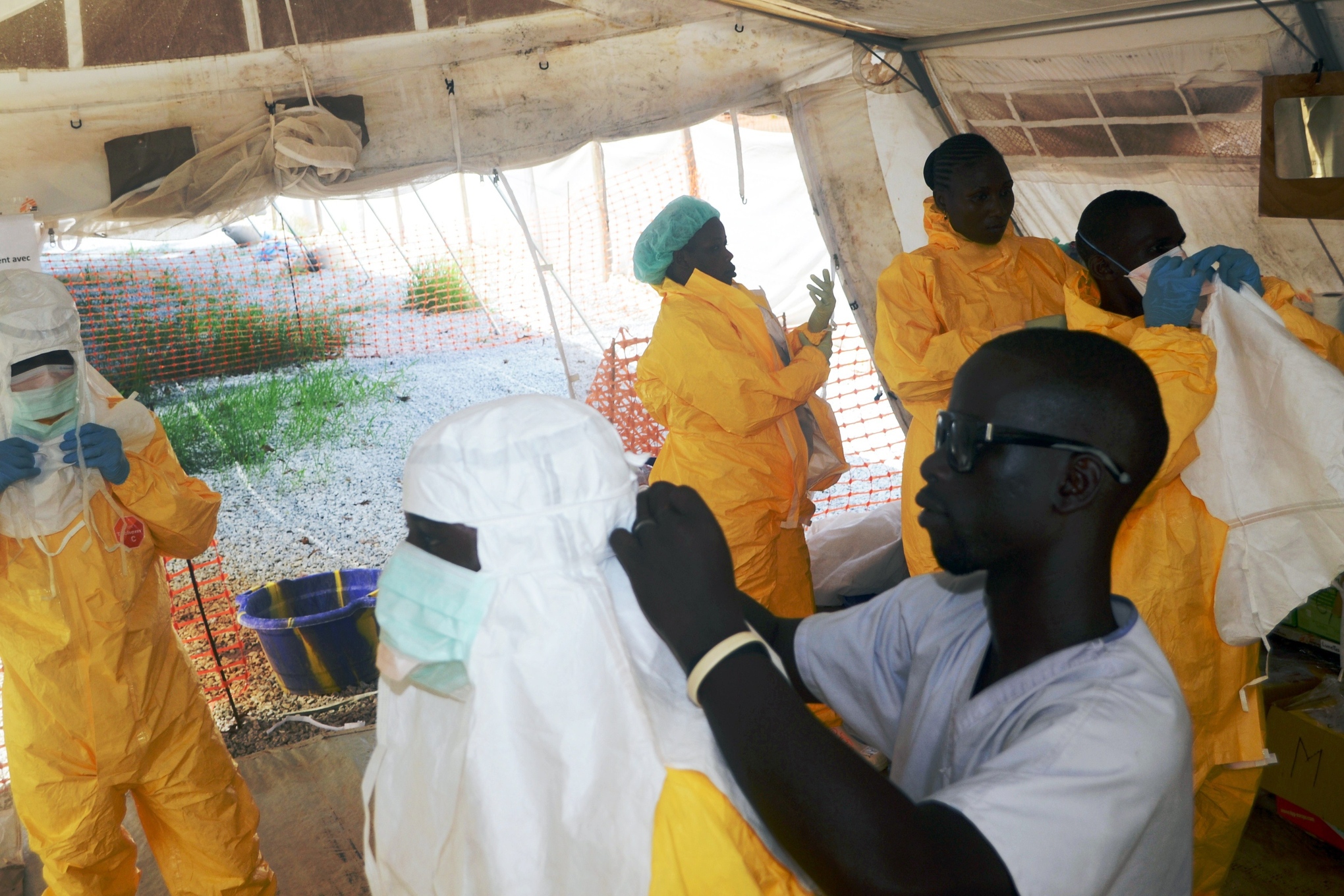 A picture taken on June 28, 2014 shows members of Doctors Without Borders (MSF) putting on protective gear at the isolation ward of the Donka Hospital in Conakry, where people infected with the Ebola virus are being treated. (Cellou Binani/AFP/Getty Images)

Perhaps worst of all, however, is the damage the disease has done to local communities' trust in the health-care system, which may have harmful ramifications for years to come.

"In the end," said Miller, "the largest number of fatalities in this outbreak are going to be women and children. And it will be because they didn't go to the health facility."

Some of that loss of trust is entirely reasonable: hospitals in affected regions of Sierra Leone are very dangerous places right now. Medical facilities have struggled to implement effective infection control measures, which has left health workers and uninfected patients at risk of contracting Ebola.

But, Miller said, wild rumors are also circulating, accusing health care workers of injecting people with Ebola, and other false claims. This has raised suspicions of all medical care, but particularly injections. That fear has made families reluctant to vaccinate their children and women reluctant to accept Depo-Provera contraceptive shots. If this problem persists, it will also make replenishing depleted blood supplies a major challenge, even after the outbreak is controlled enough for blood donation to resume. That trust will have to be earned back over time, and it will likely take a lot of work to regain what has been lost.

All of this means dangerously reduced health-care services 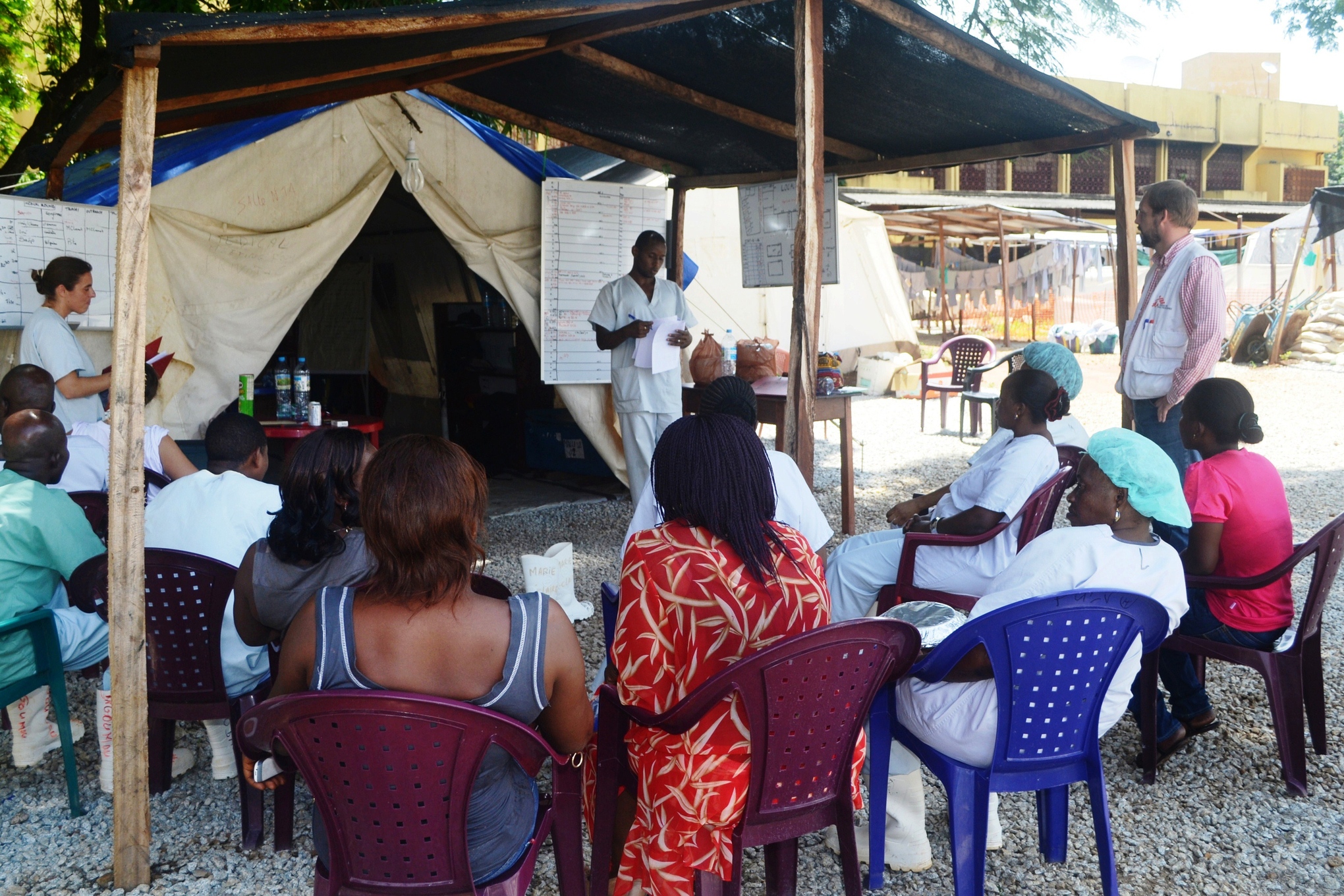 Medical staff attending a meeting as they prepare for an intervention at the isolation ward of the Donka Hospital in Conakry, where people infected with the Ebola virus are being treated. (Cellou Binani/AFP/Getty Images)

Correction: This article originally said that Laura Miller is the IRC's medical country director, but she is actually its health coordinator. It also said that blood bank resources had been used in Ebola treatment, but the IRC has clarified that transfusions are not typically part of treatment for the disease, so the reference to blood being used for Ebola treatment has been removed.  The article has also been updated to reflect that the estimated 10% of health workers were lost in a single hospital, not the entire Kenema district.