MAP: These 24 states are losing billions by not expanding Medicaid

Share All sharing options for: MAP: These 24 states are losing billions by not expanding Medicaid

States that aren't expanding Medicaid are leaving a total of $423 billion in federal funds on the table over the next decade. Jonathan Cohn maps it: 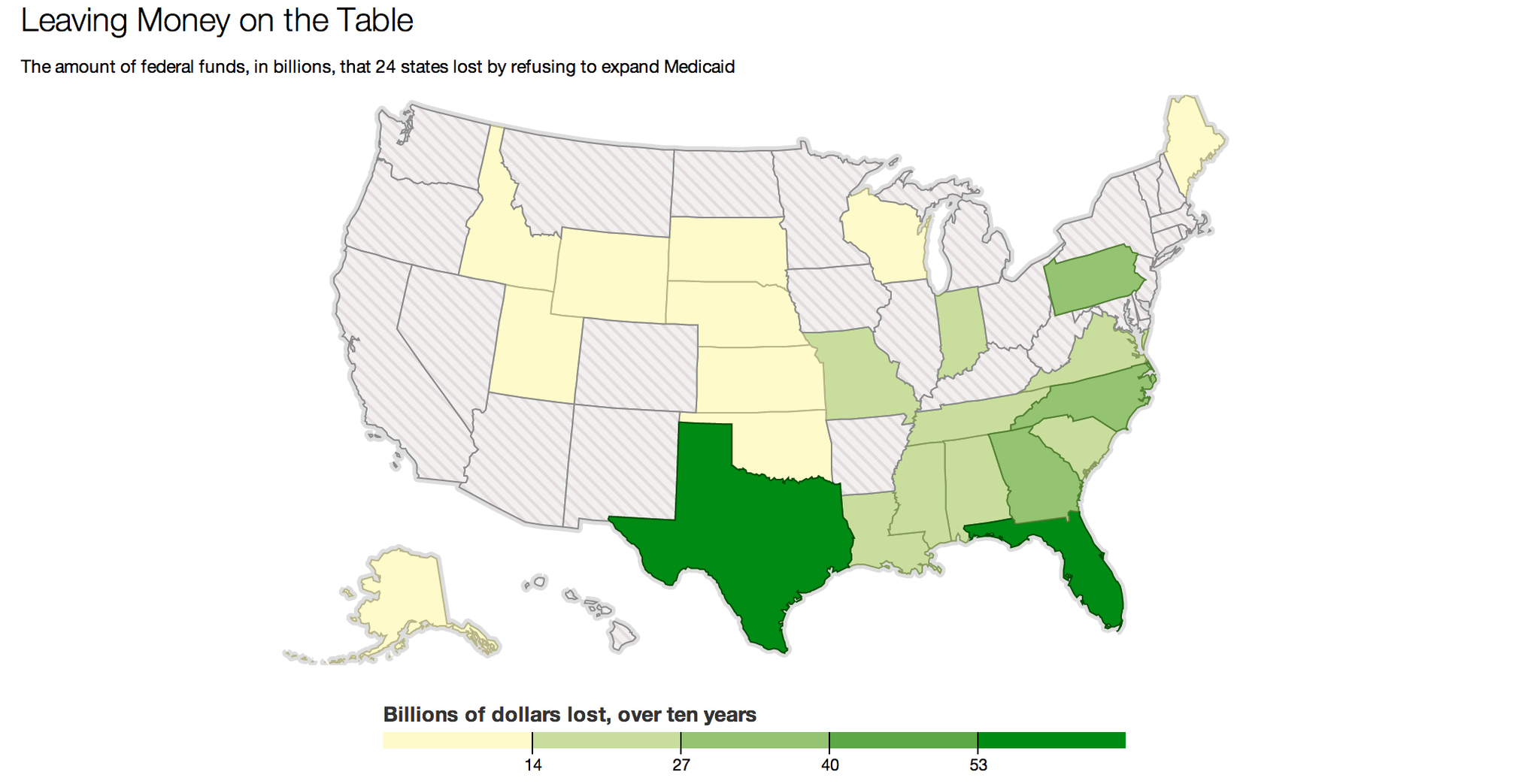 States do have to spend a bit of their own money to get the federal dollars. While the federal government covers the full cost of Medicaid expansion through 2016, states have to kick in a small portion (5 percent) beginning in 2017. The state's contribution ultimately rises to 10 percent by 2020.

The Urban Institute, who crunched the numbers behind this map, finds that the states currently not expanding Medicaid would have to spend $31.6 billion over the next decade if they opt-in. That is definitely real money — but also less than a tenth of the amount they're losing out on by passing up the expansion.