310,000 people could lose Obamacare if they don't turn in residency info

Share All sharing options for: 310,000 people could lose Obamacare if they don't turn in residency info

Approximately 310,000 Obamacare enrollees still have not provided the federal government with proof that they are legal residents of the United States, according to new data released Tuesday.

This week, the Obama administration sent out final notice letters to these shoppers, telling them that they need to submit proof of legal residency by September 5 — or else the federal government will terminate their coverage on September 30.

"Since this is an urgent matter, we are activating our networks on the ground to reach people directly in the communities where they live," Medicare administrator Marilyn Tavenner said in a statement.

The Obama administration initially began in May with a list of 970,000 people who signed up for coverage but either had incomplete information, or submitted proof that federal databases couldn't verify. Since then, officials have contacted each person at least five times, using email, text messages and phone calls, to request this information.

As of this week, 450,000 people have submitted enough information to verify their citizenship. Another 210,000 enrollees have sent in some information, but their cases are still in progress. A Medicare spokesperson said that no person, so far, has had their coverage terminated because they were not a legal resident of the United States.

Nearly one-third of the outstanding 310,000 cases are in Florida; another sixth involve Healthcare.gov enrollees from Texas. 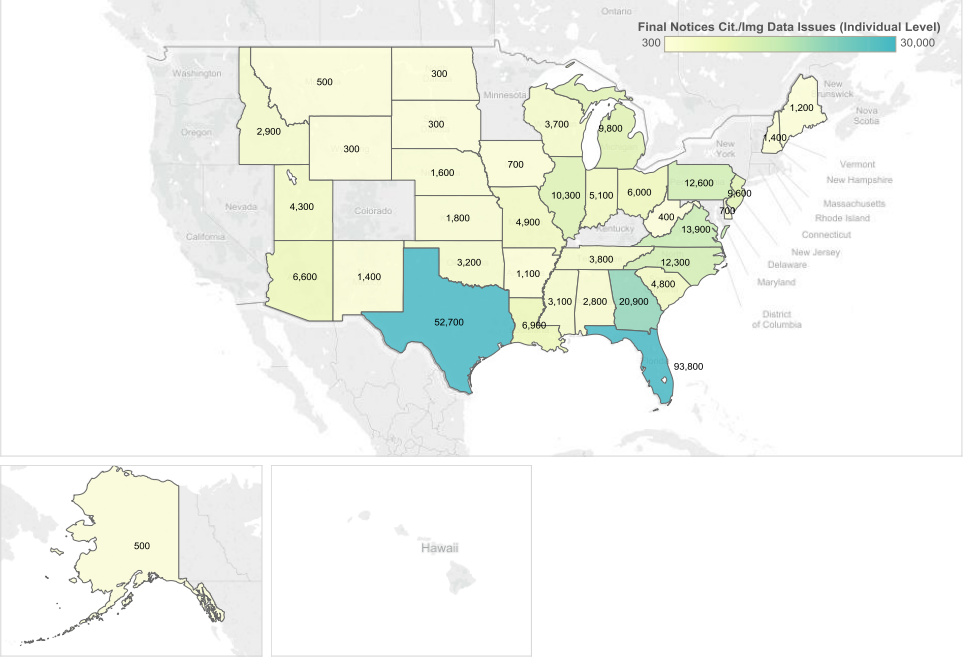 The Affordable Care Act specifically bars undocumented workers from purchasing coverage through the exchanges, even if they wanted to purchase unsubsidized coverage and foot the entire bill themselves.