Shark Week is once again making things up

Share All sharing options for: Shark Week is once again making things up

Watch: what you need to know about Shark Week's fake documentaries.

This week is "Shark Week" at the Discovery Channel, that magical time of year when shark scientists tear their hair out over all the misleading claims about sharks that get splashed on TV.

the submarine shark is an urban legend

Case in point: On Sunday, the Discovery Channel aired a two-hour segment called "Shark of Darkness: Wrath of Submarine" about a 35-foot-long great white shark the size of a sub that supposedly attacked people off the coast of South Africa.

And, surprise! None of this was real. As zoologist Michelle Wciesel points out at Southern Fried Science, the "submarine shark" in South Africa was an urban legend started by journalists in the 1970s who were trying to fool a gullible public. But the Discovery Channel didn't debunk the myth — instead, they offered up computer-generated images and interviewed fake experts with fake names (like "Conrad Manus") about the fake submarine shark.

The Discovery Channel did, however, add this slick disclaimer to its sub-shark fan fiction: "Its existence is highly controversial. Events have been dramatized, but many believe Submarine exists to this day." It's all made up, but hey, some people believe it, so who's to say?

Shark Week has made stuff up before 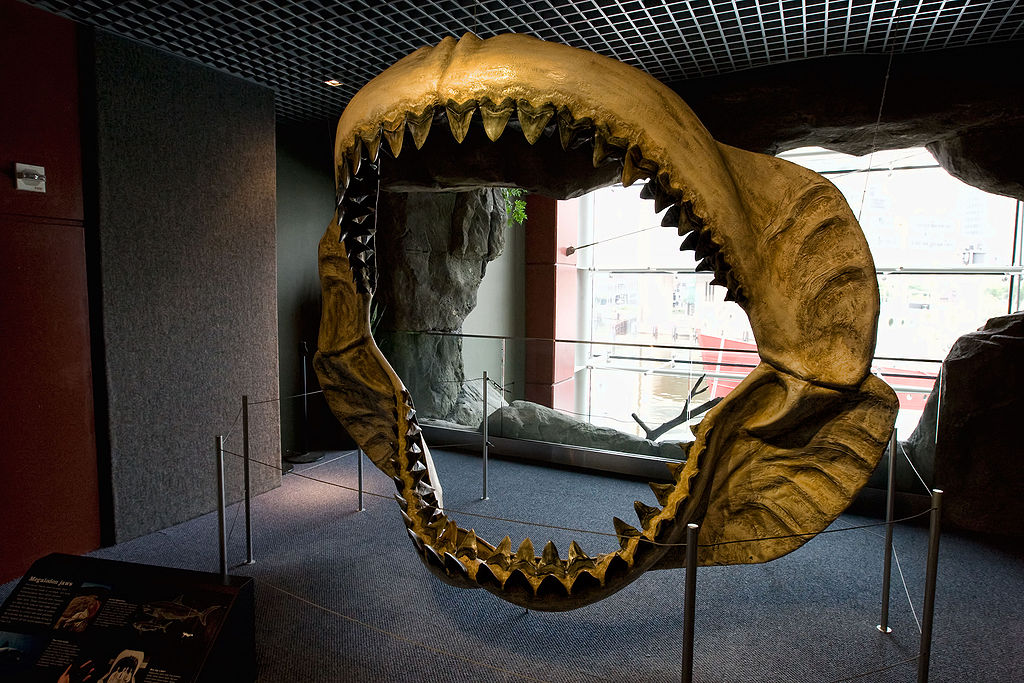 The Megalodon has been extinct for millions of years. Discovery Channel wants you to believe it's still out there. (Sergei Illaryonov/Wikimedia Commons)

This isn't the first time the Discovery Channel has conjured pseudo-facts about sharks out of thin air.

Most famously, last year's Shark Week featured a documentary called "Megalodon: The Monster Shark Lives," which claimed that a giant shark that's been extinct for millions of years is suddenly lurking in the oceans once again, possibly attacking people. This, too, is completely bogus. There is no evidence that Megalodons are still around. None.

At the time, the Discovery Channel offered a quick, weaselly disclaimer at the end that some of the events were "dramatized." But plenty of the show's 4.8 million viewers came away genuinely confused:

I spoke to 500 students last year all over the country about #sharks . EVERY GROUP asked if #megalodon was still alive. Thanks @sharkweek

What's especially bizarre is that some of these documentaries about mythical sharks feature real-life scientists. How does that happen? As it turns out, there's an answer — over at io9, David Shiffman, a PhD student studying sharks at the University of Miami, reveals that Discovery Channel producers flat-out mislead some of the experts they interview.

The Discovery Channel has mislead some of the experts it interviews

One such expert, Jonathan Davis, took a Discovery Channel crew to go see sharks in Louisiana back in 2013. The producers never told Davis what the show would be about, despite his repeated questions. He was later appalled to see that his interview was featured on a documentary called "Voodoo Shark" about a mythical monster that lived in the bayous.

"In reality, Davis was barely asked about the voodoo shark at all," Shiffman writes. "His answers from unrelated questions were edited together to make it seem like he believed in its existence and was searching for it."

So there you go. There are a fair number of good and informative segments during Shark Week (I'm a fan of "Alien Sharks"). But in recent years, sadly, there's been way too much utter nonsense. The Discovery Channel claims that the event is great at drumming up public interest about sharks. And that's probably true! But it's hard to see why they have to make things up. Real-life sharks are extremely fascinating as is. Why not focus on them?