A new Urban Institute report on delinquent debt in America reveals that people with debts past due are much more common in the south than elsewhere: 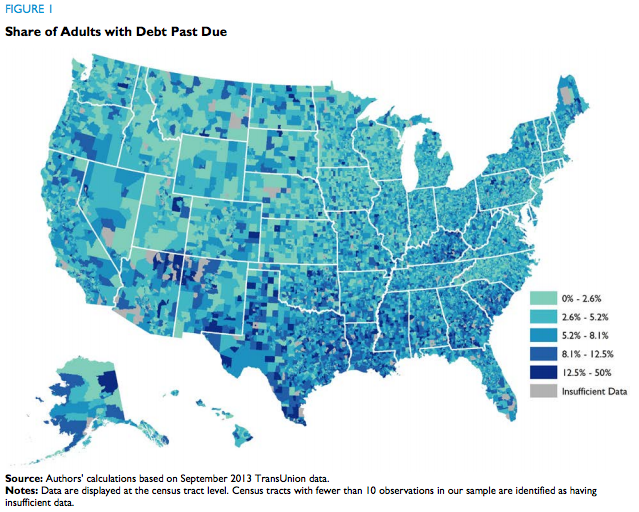