Here's why Obamacare enrollment will be super confusing next year, too

Share All sharing options for: Here's why Obamacare enrollment will be super confusing next year, too

If you want to understand why some health policy experts are worried about the challenges of the next Obamacare enrollment period, this graphic from Colorado's health exchange is a pretty good explanation. It shows all the steps that need to happen to get somebody re-enrolled in their health coverage for 2015: 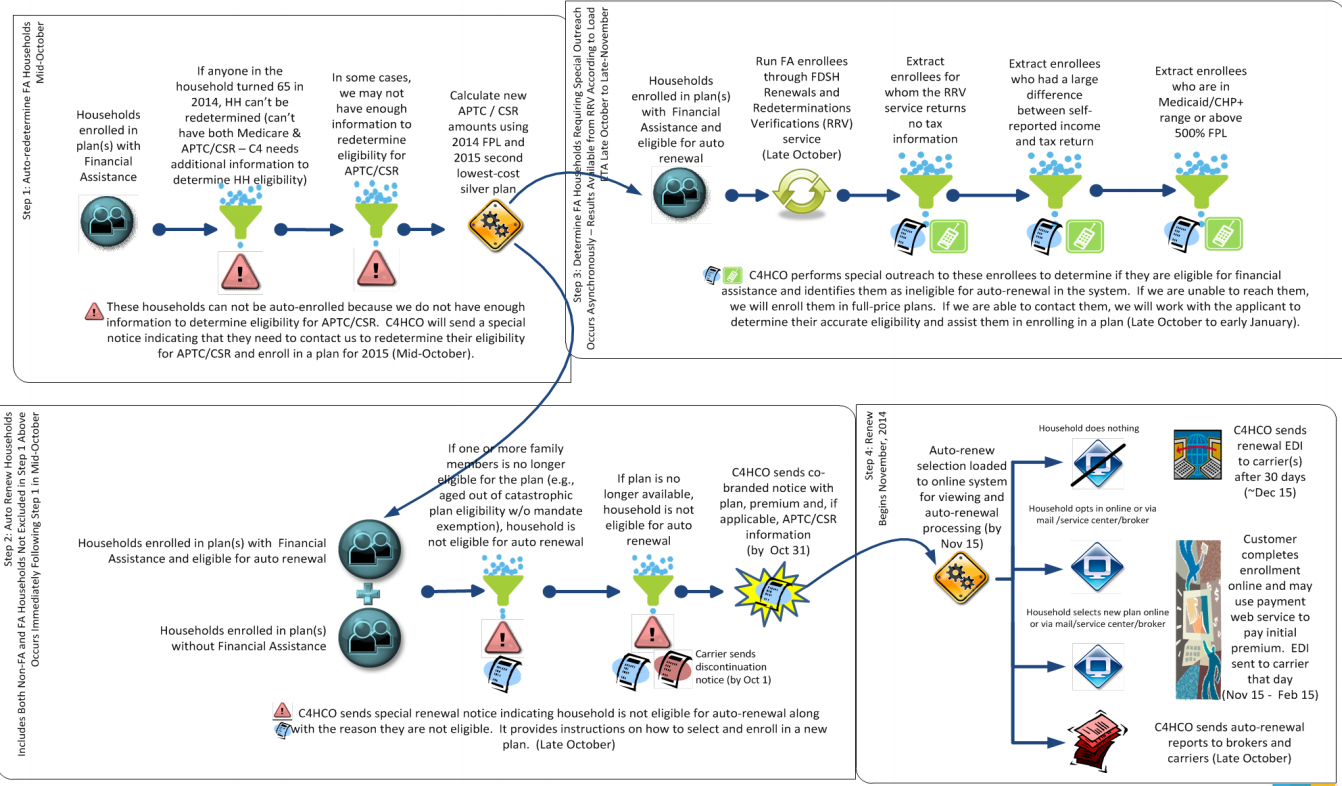 This flowchart illustrates what has to happen to get someone who purchased health insurance for 2014 signed up a second time for their insurance plan. And as you can see, there are lots of steps to go through.

The health exchange needs to figure out who is still eligible for coverage and determine (again) how much financial help they're supposed to receive, an amount that changes with an enrollee's income.

After that's been figured out, there are more steps for sorting people who can be auto-enrolled into their pre-exisiting plan and those who have go onto the website and pro-actively enroll in another year of coverage. There is space in this process for things to go wrong: consumers could end up unexpectedly on the hook for a higher premium than they paid in 2014. (More on that glitch from Sam Baker and Jonathan Cohn).

This is why the health industry doesn't view the 2015 enrollment period as especially easier than the disastrous sign-up period in 2014. Yes, it's nearly certain that there will be a functional website this time around. But the 2015 open enrollment period has its own complexities: the government is trying to sign up new customers and re-enroll the 8 million Americans who bought plans in 2014. In that way, the open enrollment period that starts November 15 brings a whole new set of challenges that the exchanges haven't yet encountered.