Share All sharing options for: 6 reasons Obama is bombing ISIS in Iraq, but won't bomb Syria

It's a valid question: why is it that the United States has long refused to launch air strikes or other military action against the Islamic State (ISIS), the extremist group responsible for untold suffering and destruction in Syria, but is happy to bomb ISIS now that it has pushed into Iraq? Why is it okay to attack ISIS on one side of the largely-hypothetical Syria-Iraq border, but not okay to do on the other side, particularly given that ISIS is doing way more harm in Syria than it is in Iraq, and is only able to attack Iraq at all because of its huge haven in Syria?

It turns out, though, that there are legitimate reasons for bombing Iraq and not Syria. And while there are arguable cases for attacking ISIS in Syria, it is also true that the distinction matters a great deal, and that the Obama administration's approach isn't as hypocritical as it might look at first glance. Here are six reasons why.

Obama ordered air strikes against ISIS in Iraq focused on the narrow goal of defending Iraq's semi-autonomous Kurdish region. Kurdistan had been mostly secure until ISIS began pushing into the territory about a week ago; it's got a stable, pro-American, oil-producing government. Obama's strikes are meant to help Kurdistan defend itself, and to preserve the status quo of a secure Kurdistan. The strikes are very clearly not about trying to change the larger ISIS war in Iraq, or to help Iraq retake the vast ISIS-held swathes of territory.

In Syria, there is no "good" status quo to defend. Any strikes against ISIS there would be about pushing the group back from Syrian territory it already controls, so that more moderate Syrian rebels could seize it. In other words, the air strikes would be about changing the facts on the ground in Syria, rather than preserving them.

Obama seems willing to use force when he can protect something good — a stable, secure Iraqi Kurdistan — but not to try to fix something bad. He doesn't want to "own" the outcome, get dragged into a potentially long engagement that could easily escalate, or risk sending the conflict spinning in an unpredictable new direction. So the US approach to Syria and Iraq is consistent in this respect.

2) The US has a local partner that can take the lead in Iraq, but not in Syria 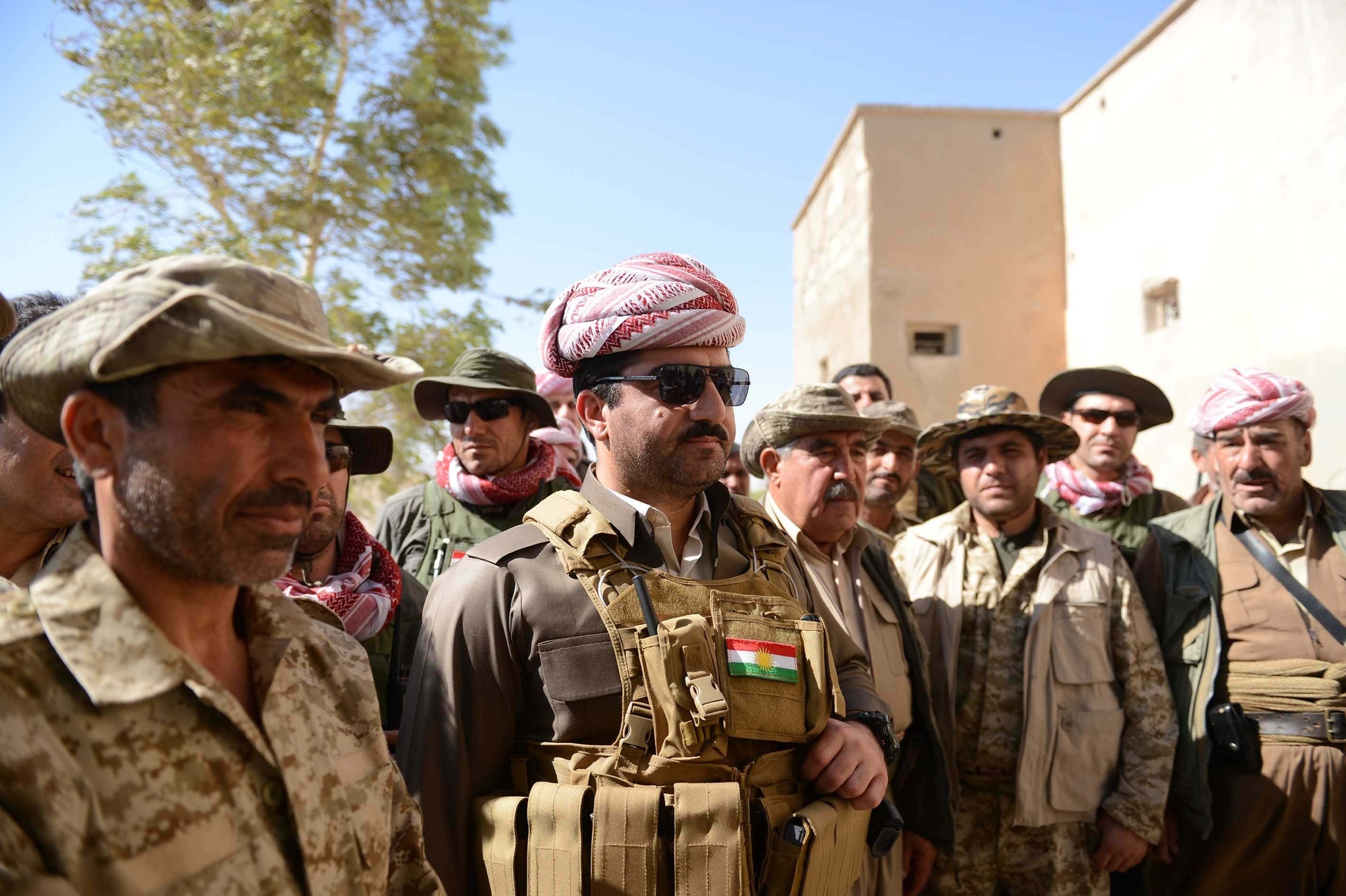 President Obama does not want to be responsible for either of these wars. He's willing to intervene in Iraqi Kurdistan, but not in Syria (or in non-Kurdistan Iraq, for that matter), because in Iraqi Kurdistan there is a trustworthy, stable, pro-American partner that can take the lead in fighting ISIS: the Kurds. So the US doesn't have to run an entire side of the war; it can just help out the Kurdish forces and leave the conflict to them.

In Syria, however, it's not clear that the moderate rebels are capable of pushing back ISIS; even if they were, the disorganized network of rebels isn't exactly a stable and self-perpetuating government that we know will act predictable and responsibly. And there are plenty of other extremist groups in Syria that could take over any territory ISIS is booted out of.

In Syria, ISIS's two main enemies are Syrian moderate rebels and the Syrian regime of Bashar al-Assad. The US bombing ISIS, then, would indirectly help out Assad.

No one in the American government likes Assad, whose government has played the leading role in slaughtering civilians during the three-year civil war. But the tricky thing here is that US policy is still to avoid toppling Assad outright, since this could open a dangerous power vacuum that ISIS might fill.

If there were a way to bomb ISIS without helping Assad, then the US might be more open to it. But there's not. Obama has said he doesn't want the US military to start acting as Iraq's unofficial air force — that's just not a job for Americans to take on, he thinks — so he certainly wouldn't want to act as Assad's air force.

Another argument you hear is that, if Obama isn't going to bomb ISIS in Syria, he should at least bomb Syrian regime targets. But, again, there is no way to do this without helping ISIS, even if the aim would be to help Syrian moderate rebels.

As long as the Syrian civil war is a three-way fight between two American enemies (Assad and ISIS) plus one maybe-sorta-potential American ally that is nowhere near winning, the US is just very unlikely to intervene. Meanwhile, in northern Iraq the fighting is between an American enemy (ISIS) and a close American ally (Iraqi Kurdistan), so the calculus is much clearer.

5) The US has legal authority to intervene in Iraq, but not in Syria

The Iraqi government has authorized the US to conduct air strikes against ISIS in Iraq, which means that the US does not need authorization from the United Nations Security Council in order for the operation to be legal under international law.

In Syria, by contrast, there was no Security Council authorization for the use of force, because Russia made it clear that it would veto any attempt to pass one. And there was, obviously, no invitation from the Assad regime for the US to conduct air strikes against it.

That means that any military operation to protect Syrian civilians would have had far shakier legal authority. That's not necessarily entirely dispositive — under some legal theories, humanitarian intervention is permissible even in the absence of Security Council authorization if it is responding to an urgent civilian protection need. But those doctrines are less established, and thus less legally certain, than the legal authority for intervention in Libya, and now Iraq.

Legally, the US strikes in Iraq are more akin to the NATO-led operations conducted in Libya in 2011. UN Security Council resolution 1973, which authorized the Libya campaign, used very similar language to the August 7 resolution on Iraq: it referred to "widespread and systematic attacks" against the civilian population, which "may amount to crimes against humanity."

For Syria, meanwhile, there was no such legal authority and no clear way to get it. That's something that clearly matters to Obama.

6) Iraq strikes have broad international support, Syria strikes do not 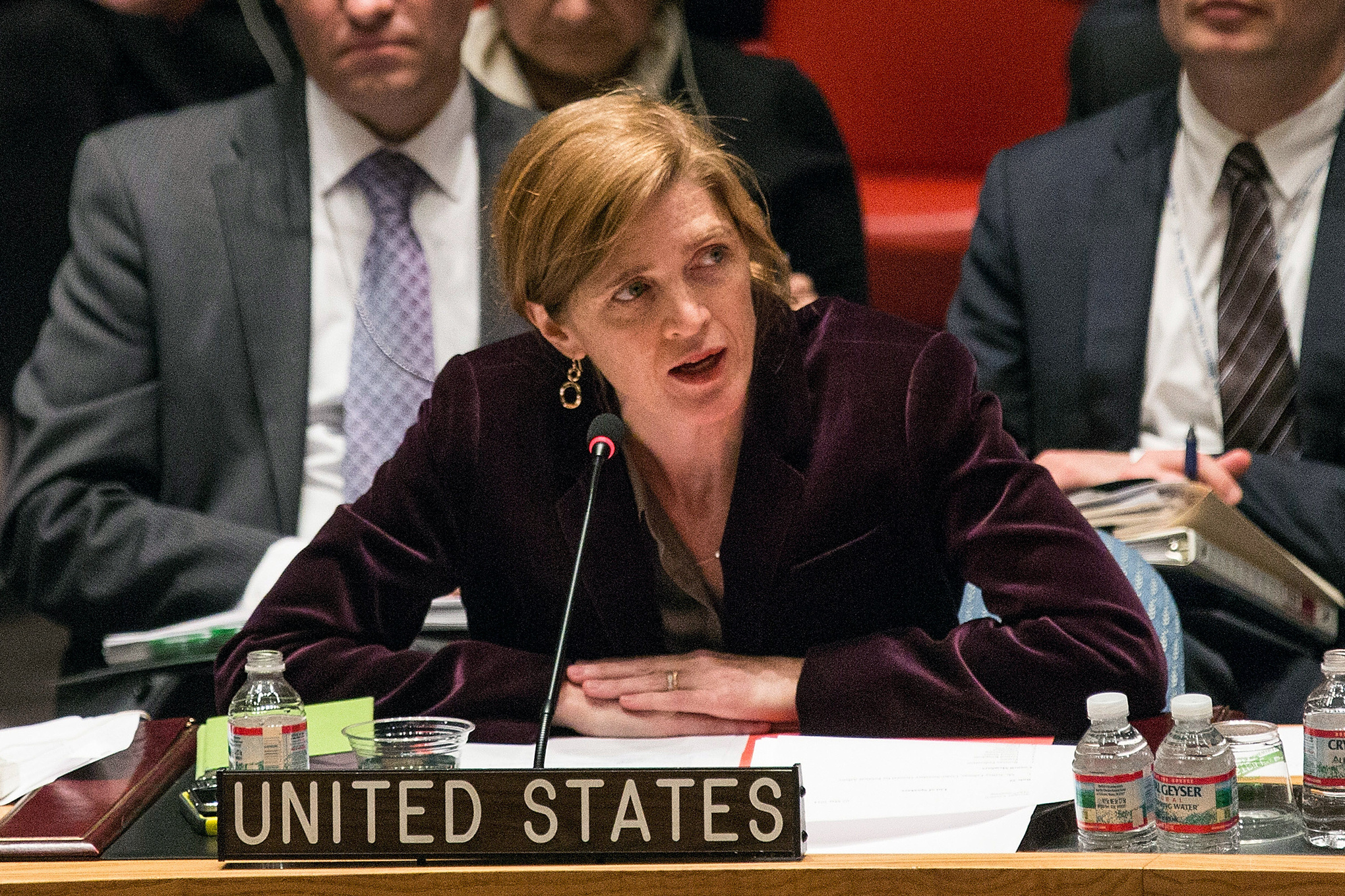 Immediately before the Iraq operation was announced, the Security Council, after an emergency meeting, passed a unanimous resolution expressing "deep outrage" at ISIS's attacks on vulnerable minority groups, and noting that such actions "may constitute crimes against humanity." The resolution also "call[ed] on the international community" to support the Iraqi government's efforts to help communities targeted by ISIS. This strongly suggests that the Security Council supports the air strikes.

There's a reason that the UN Security Council is used as a benchmark for international support for military operations. The five permanent members are the five largest stakeholders in the international system — the US, UK, France, Russia, and China — and it can take a lot for them all to agree on something. Syria's Bashar al-Assad has a high-placed friend on the Security Council — Russia — and by virtue of being a state has other allies that don't want to see Syria bombed by the US. ISIS, meanwhile, is universally loathed, so countries are generally happy to have the US push it back.

In case this weren't clear enough, US Ambassador to the United Nations Samantha Power tweeted a photo of the resolution minutes before Obama announced that he had authorized air strikes, suggesting that the administration wanted to establish that there was international support for the operation before they announced it.