Share All sharing options for: Obama signals he wants Iraqi leader Maliki out. What happens now?

The Iraqi political system is in crisis, with the country's parliament electing a new prime minister to replace Prime Minister Nouri al-Maliki, who is so far refusing to leave office. It's not clear whether or how Maliki, who has taken an increasingly authoritarian turn during his eight years as Iraq's leader, might try to cling to power. The Obama administration has said very clearly that it's ready for the next Iraqi government. Here's what we know so far about the crisis and where it could lead Iraq next.

The crisis began late Sunday, at 12 am Baghdad time: the deadline for Maliki to form a new governing coalition in the country's parliament. When he missed the deadline, he announced that he would be staying on as prime minister anyway. On Monday, Maliki's own party voted for a new leader party leader: a member of parliament and former finance minister named Haider al-Abadi. He will legally become the next prime minister if he can form a government within the next 30 days. Iraq's president, whose position is otherwise largely ceremonial, gave Abadi the authority to do that. All of this bring Abadi very close to replacing Maliki as prime minister. But it's still unclear whether Abadi will be able to form a new government — or whether Maliki will let go of power peacefully.

Here's a breakdown of what we know — and don't — about this political crisis in Iraq. 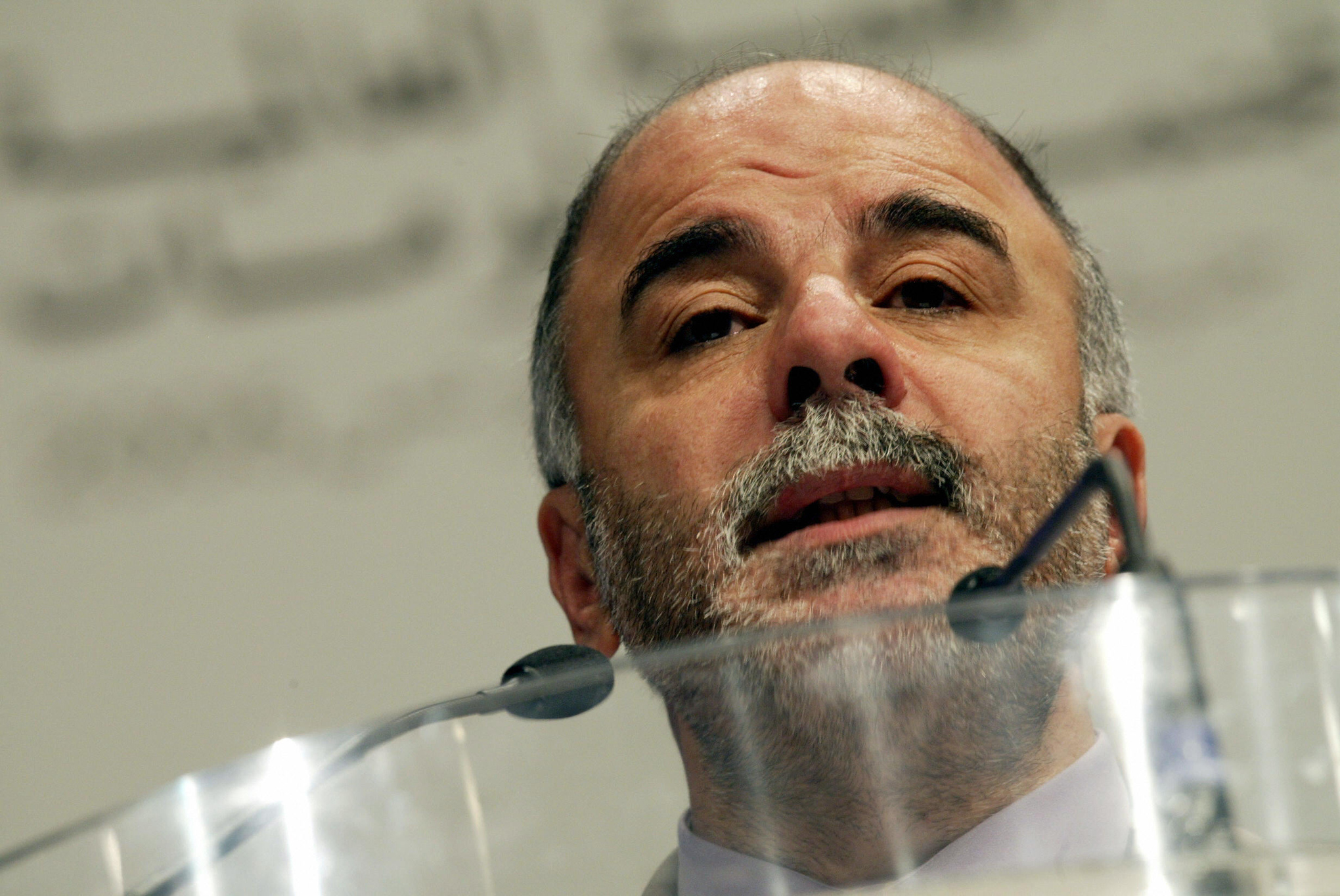 This political crisis started because Iraqi parties couldn't agree on forming a government. Maliki's State of Law coalition won a plurality of Iraqi seats in the April elections, but he couldn't figure out how to put together a coalition large enough to get a governing majority by the Sunday midnight deadline. Part of the problem here is factionalism: Iraqi politics are divided along largely sectarian lines. Sunnis, Shias, and Kurds mainly vote for sectarian parties (Maliki is part of the Shia majority), and there's also competition even inside the sectarian blocs. Abadi, just appointed to replace Maliki as the leader of the State of Law coalition, is now trying to form his own governing majority, which would make him prime minister.

Maliki is now legally obligated to step down. After Maliki's Sunday night announcement that he planned to stay on as prime minister, his own party took that choice away from him. About 50 members of parliament from the State of Law coalition — over half of the party's total numbers — voted to nominate Abadi for Prime Minister rather than Maliki. That means Maliki no longer controls the largest bloc in parliament, and therefore no longer has any claim to be prime minister. Legally, he is required to abdicate in favor of Abadi once Abadi puts a government together. So far, Maliki hasn't.

Maliki wants to stay on. Maliki was very clear on this point in his speech on the Sunday midnight deadline: he's staying in office. Legally, he can stay on as caretaker prime minister, unless Abadi forms a new government, in which case Abadi will legally replace Maliki as prime minister. If that occurs, then one of three things happens: Maliki is persuaded to step down peacefully, he's ejected by force, or he manages some long-shot political compromise that allows him to stay.

The US has endorsed the decision to replace Maliki. In a Monday evening address, Obama said that he had called Abadi to "pledge my support to him" and "urge him to form a new cabinet as soon as possible." Obama, in no uncertain terms, is saying that the US wants Abadi to replace Maliki as prime minister immediately and that the US would be more willing to ramp up support for Iraq's government as soon as he did. Obama's brief speech is another signal, on top of strong statements of support for Abadi from several top level officials, that the US is truly done with Maliki. In fact, Obama didn't even mention him by name during the address.

Maliki is planning to sue Iraq's president over this, but it doesn't matter. "Today I will file a formal complaint to the federal court against the president," Maliki said in his speech. Iraq's president is largely ceremonial, but he is responsible for giving the election winner (in this case, Maliki's party) the authority to form form a new government. It is true that Article 76 of the Iraqi constitution says the president has to do that within 15 days of the election. Masum didn't, although he would likely argue that's because Maliki never got enough parties to join him for a governing majority. Regardless, Maliki thinks Masum violated the constitution and is suing him over it. But the fact that Maliki was voted out by his own party suggests that this lawsuit won't affect the crisis much. 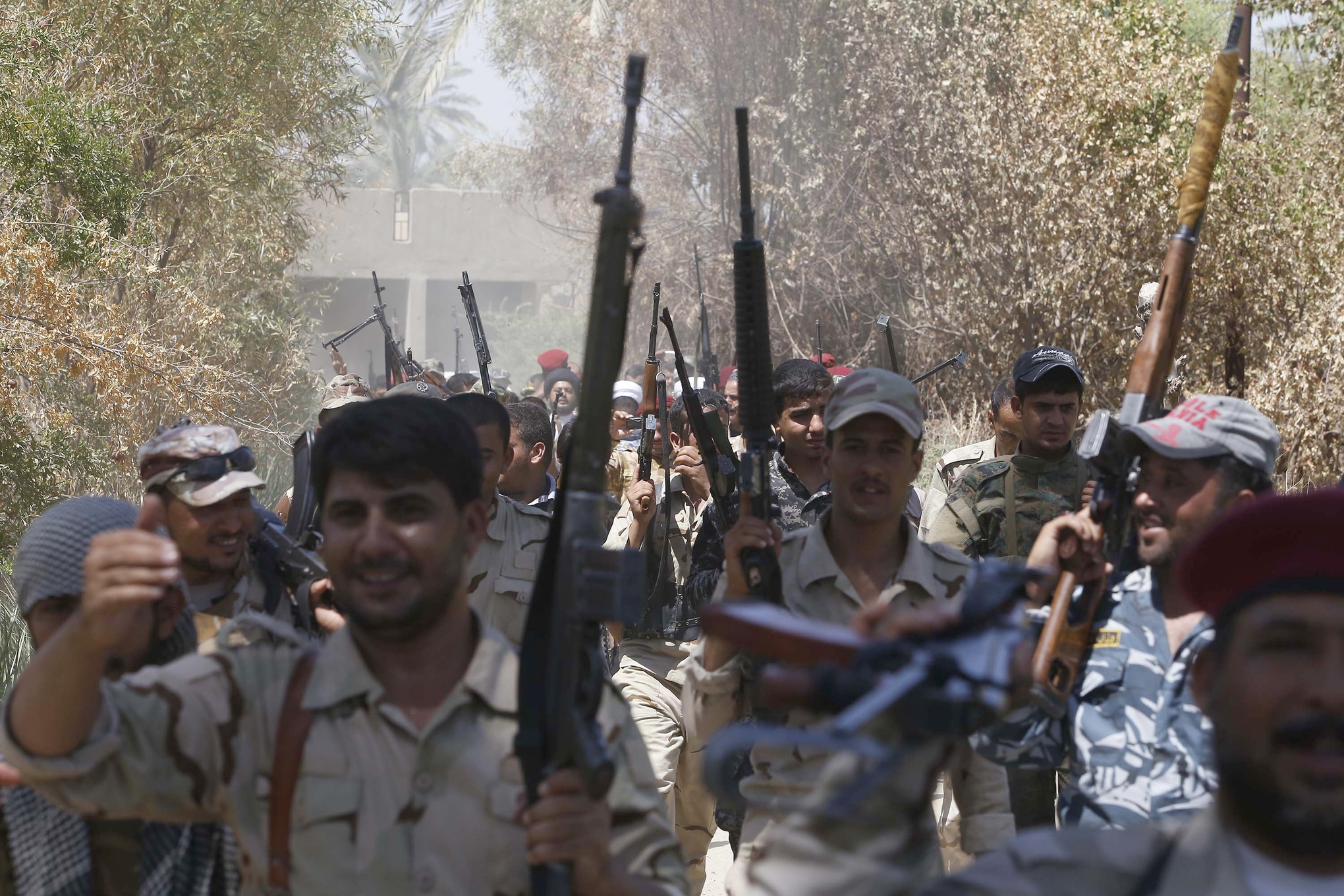 For instance: are these dudes in Baghdad now? Mohammed Sawaf/AFP/Getty Images

Is a coup coming? That depends on just how authoritarian Maliki has gotten. For something to qualify as a coup, the person or faction launching the coup has to take office by force (here's an interesting post by a political scientist on the definition of "coup," if you're curious). So far, we have little evidence that Maliki will resort to force to hold on to office, should Abadi form a new government to replace him. But there is real concern that Maliki might try to hang on by force.

What are the Iraqi troops doing in Baghdad? Sketchy reporting from Sunday night that Iraqi troops have taken positions in Baghdad appear to have been correct. Multiple outlets are reporting that security forces are stationed around Baghdad, particularly in the Green Zone that houses the US embassy and many government buildings. No one is quite sure what they're doing there, but given Maliki's as-yet refusal to concede, it's certainly worrying.

What will Abadi's government look like? While Abadi has more support than Maliki did, he still doesn't have a parliamentary majority. That means we still don't know which Iraqi parties, exactly, are going to be in the government. Maliki may well be history, but the future of Iraqi politics is still very much up in the air.