Absurd study of the week: getting shot naked is safer than while clothed

Share All sharing options for: Absurd study of the week: getting shot naked is safer than while clothed

No one wants to be shot.

But if you're going to be shot, you might be slightly better off being shot while naked.

That's the conclusion of an interesting study by a group of New Zealand researchers in the Journal of Orthopaedic Surgery and Research, recently spotted by the website Improbable Research.

Using deer femurs, they found that a layer of denim made it more likely that a bullet would cause an indirect bone fracture (that is, a bullet causing a bone break without coming into direct contact with the bone). This was because the fabric increased the amount of overall pressure on the tissue at the moment of impact and led to a larger cavity being opened in it.

The direct applications of this finding might seem limited: few people plan their wardrobe (or lack thereof) around the possibility that they might get shot. And clearly, gunshot wounds cause all sorts of trauma besides bone breaks. But the researchers say this work is an important step in understanding the surprisingly overlooked process of how bullets actually damage human tissue.

The experiments on naked and clothed deer femurs 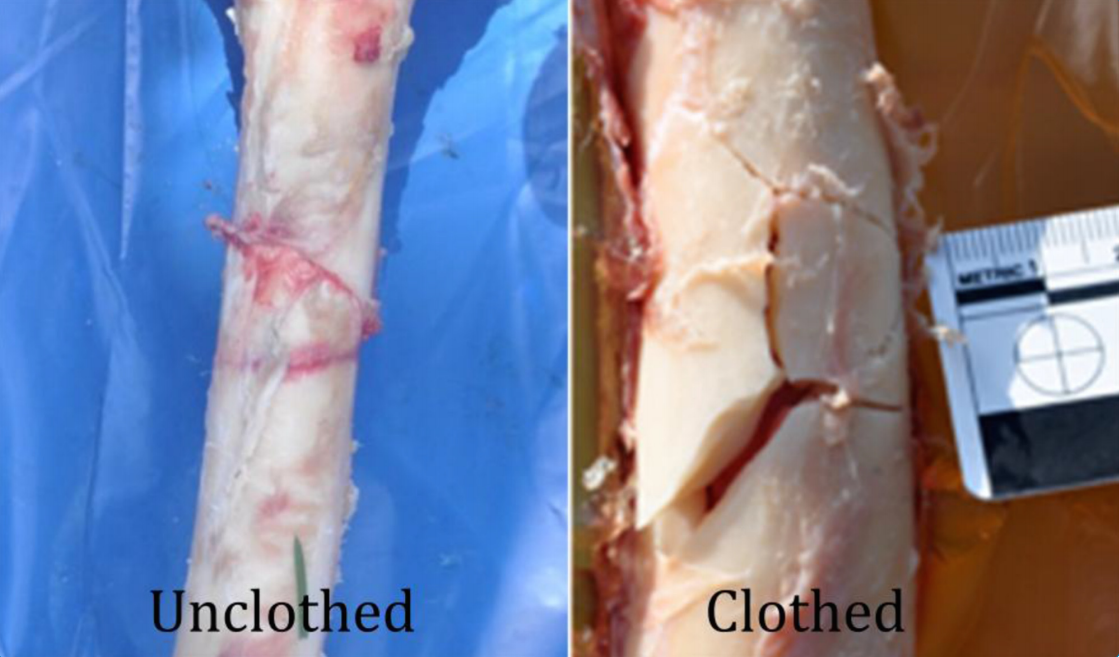 For the study, the researchers picked up deer femurs at a nearby processing plant and surrounded them in ballistic gelatin — a substance specifically designed to mirror the consistency of human tissue, for research purposes.

Then, they shot the gelatin-covered femurs — either naked, or covered with a single or double layer of denim — while carefully measuring the pressure exerted on the gelatin at the moment the bullet arrived, as well as the velocity of the bullet as it entered and left the fake tissue, and other metrics. But instead of shooting directly at the bone, they shot through the gelatin so that the bullet just barely missed the femur.

They did this because it's previously been found that in many cases, gunshots actually cause bone fractures indirectly — the pressure caused by an arriving bullet violently opens up a temporary tissue cavity that can break bone. Experiments have determined that bullets passing through tissue 10 millimeters away from the bone can cause fractures in this way.

In this experiment, the denim (whether single or double layer) acted to increase the pressure caused by an arriving bullet. This led to temporary tissue cavities roughly three times as large being ripped open in the clothed femurs, the researchers calculated. And it meant a bullet could pass relatively farther from the femur and still indirectly cause a fracture: bullets passing 20 millimeters away from the bone caused an indirect break in clothed tissue, versus 10 millimeters for unclothed tissue.

Additionally, when comparing clothed and unclothed tissues both hit with bullets passing the same 10 millimeters from the bone, the former group suffered deeper and more complex fractures, with multiple fragments.

So is it really that much better to be shot naked? 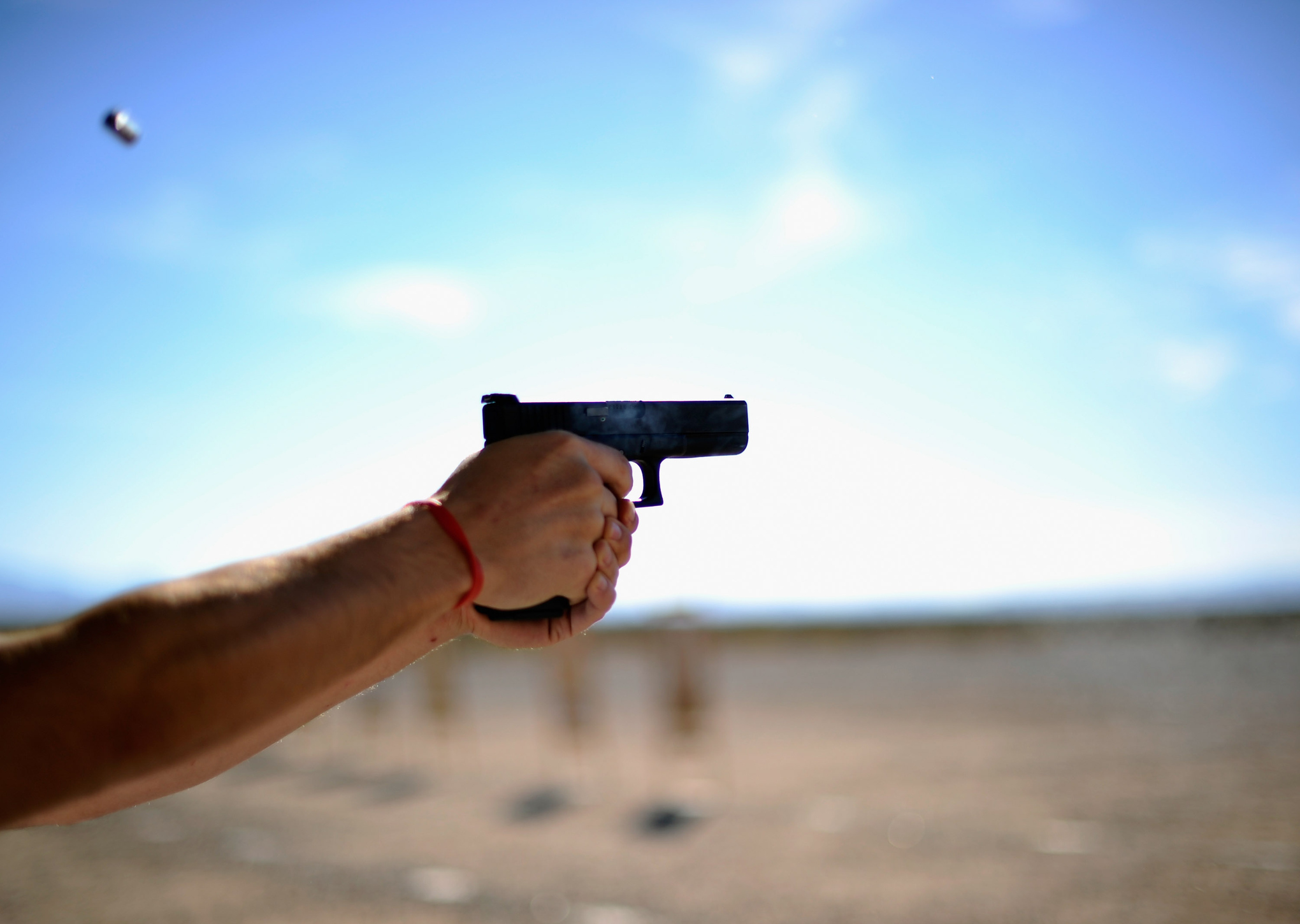 Probably not. This experiment, though interesting, doesn't suggest there's a huge difference in the fate between people who are shot unclothed, versus clothed. One of the main reasons is that gunshots cause a huge range of trauma apart from broken bones (although an estimated 45 percent of gunshot injuries in the US annually do involve a fracture).

But the work does suggest a slight disadvantage to wearing clothes. Further, the researchers point out that in their study, a substantial percentage of the bullets they used fragmented when passing through the clothed tissue — even though they used ammunition specifically engineered not to break apart. Fragmented ammunition (which includes hollow-point bullets) cause more damage, which is why the UN and other international bodies have long considered non-fragmenting bullets a more humane type of ammunition for use in war. But this suggests that simply wearing clothing makes them more likely to break up than otherwise.

Additionally, though the finding applies specifically to limbs, it seems likely that by causing a bigger temporary cavity to get opened up, fabric also makes it slightly more likely that organs and other vital structures in other parts of the body could get ruptured as well.

Finally, the researchers also cite other research showing that clothing can sometimes carry infections into a gunshot wound when it's drawn. On the whole, it seems, getting shot naked is better than getting shot wearing clothes.

However, there is at least one major exception: shotgun shell. Instead of one large bullet, shotguns typically spray many small pellets at a target. And one of the few other pieces of research looking at the effect of clothes on being shot found that, from far distances, fabrics could stop some of these small pellets from penetrating into tissue.