Your monthly reminder that college pays off

Share All sharing options for: Your monthly reminder that college pays off

Every month, the jobs report shows the staggering difference in job market prospects between college grads and less-educated Americans. July was no different. The Unemployment rate for people with bachelor's degrees was 3.1 percent, roughly half that for people with high school diplomas alone. 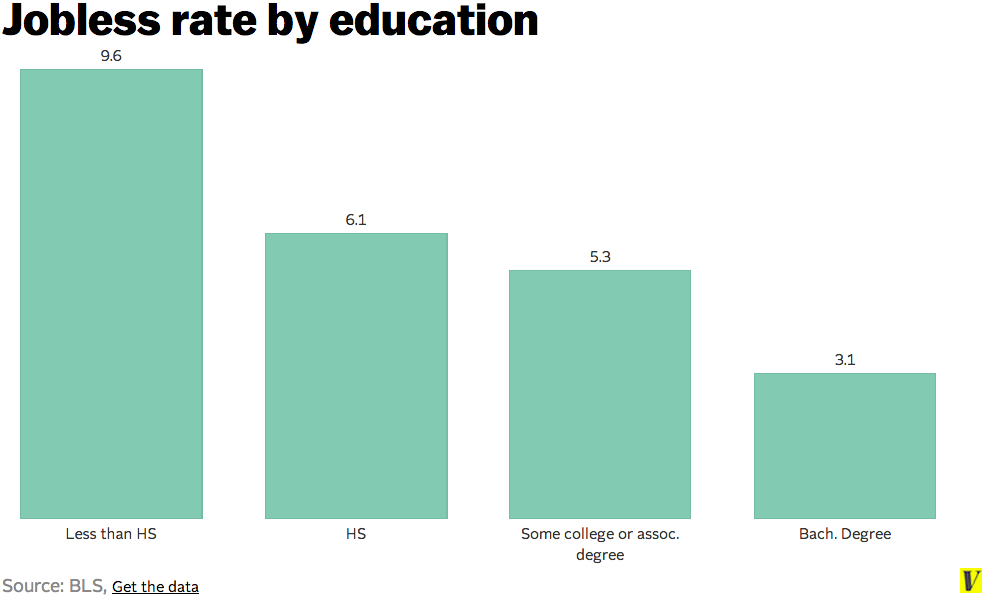 And it's not that the lower rate is because all those college grads dropped out of the labor force; as you go up the ladder, the labor force participation rate (the share of people working or looking for a job) also climbs. For people with less than a high school education, it's 44.4 percent. For four-year grads, it's 74.7 percent.

College is expensive. But this is just a reminder that if you can go, the payoff can be huge.