Share All sharing options for: Employers added 209,000 jobs in July

The Labor Department reported Friday that employers added 209,000 jobs to their payrolls last month, slightly under consensus estimates of 230,000. The jobless rate ticked up slightly, from 6.1 to 6.2 percent. That had been expected to hold steady, at 6.1 percent. 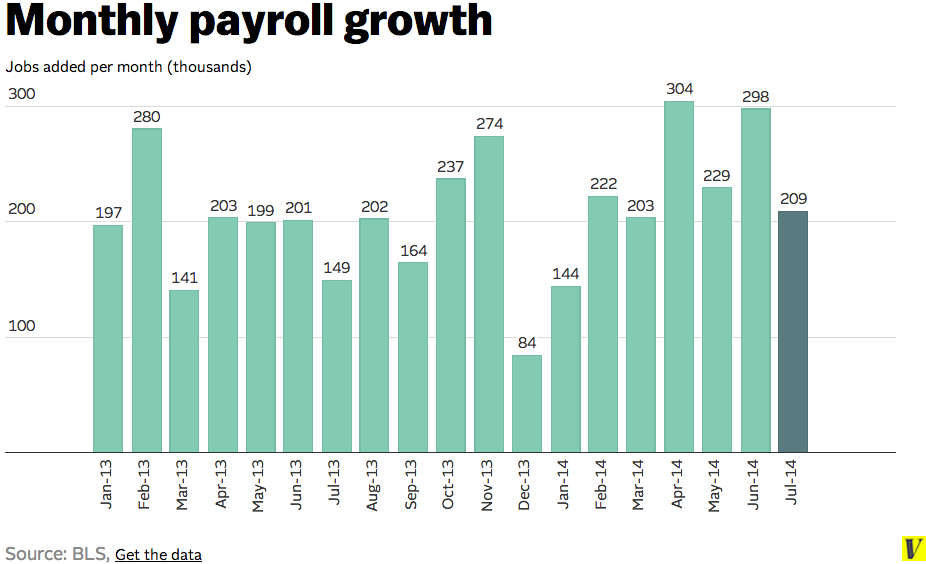 The labor force participation rate also ticked upward, from 62.8 to 62.9 percent. This measure counts the share of the working-age population either working or looking for a job. The figure has fallen considerably since the economic downturn, from nearly 66 percent in 2009. However, economists disagree on how much of it is due to economic weakness — that is, people quitting the job search because they're unable to find work — and how much is due to demographics. The White House last month released a report saying half of that downturn was due to an aging population leaving the labor force.

The upward movement in that rate could be an encouraging sign — that people are increasingly encouraged by their job prospects.