Who's the richest person in your state?

Share All sharing options for: Who's the richest person in your state?

According to Forbes, there are 442 billionaires with US citizenship. But many of them live in just two states — an estimated 111 billionaires in California and 88 in New York. What about the rest of the country? The real estate blog Movoto made a map that lists the wealthiest resident in each of the 50 states, with particularly large fortunes in blue or light red: 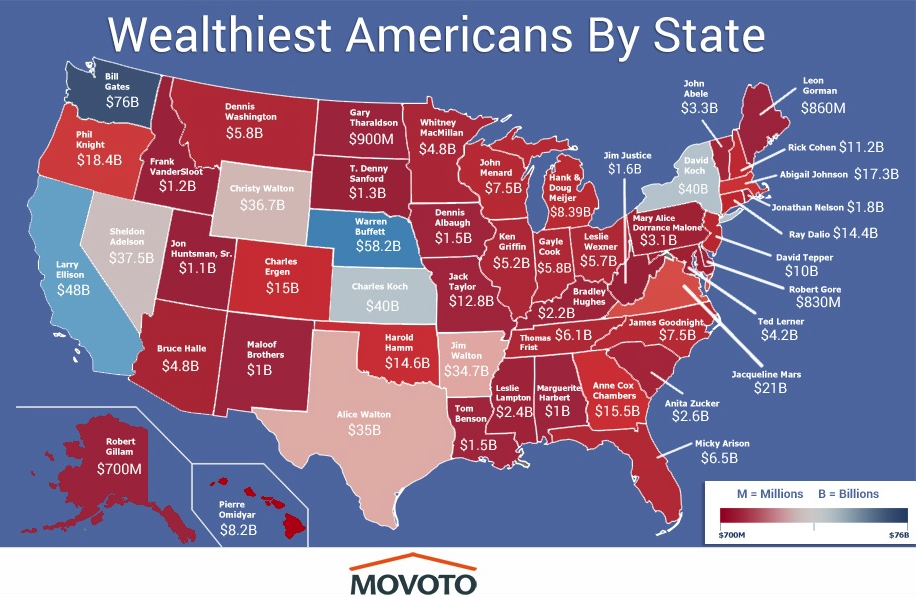 We can see that some families spread their wealth across multiple states — Charles and David Koch top Kansas and New York, while Jim, Christy, and Alice Walton top Arkansas, Wyoming, and Texas. Most states have at least one billionaire, but a few, like Delaware, Maine, North Dakota, and Alaska, don't have any. Nobody's fortune, however, can compare with that of Washington-based Bill Gates, the richest person in the world.

Movoto estimates that about half of the people on its map made their fortunes after founding a company. Head over to their site to see the full interactive version, with links to more information about each state's wealthiest person.