A college named after Robert E. Lee is finally taking down its Confederate flags

Share All sharing options for: A college named after Robert E. Lee is finally taking down its Confederate flags

A Virginia college has displayed Confederate flags next to a statue of Robert E. Lee for at least 80 years. On Tuesday, Washington & Lee University agreed to take the flags down.

The display, in the chapel where Lee is buried, looked like this: 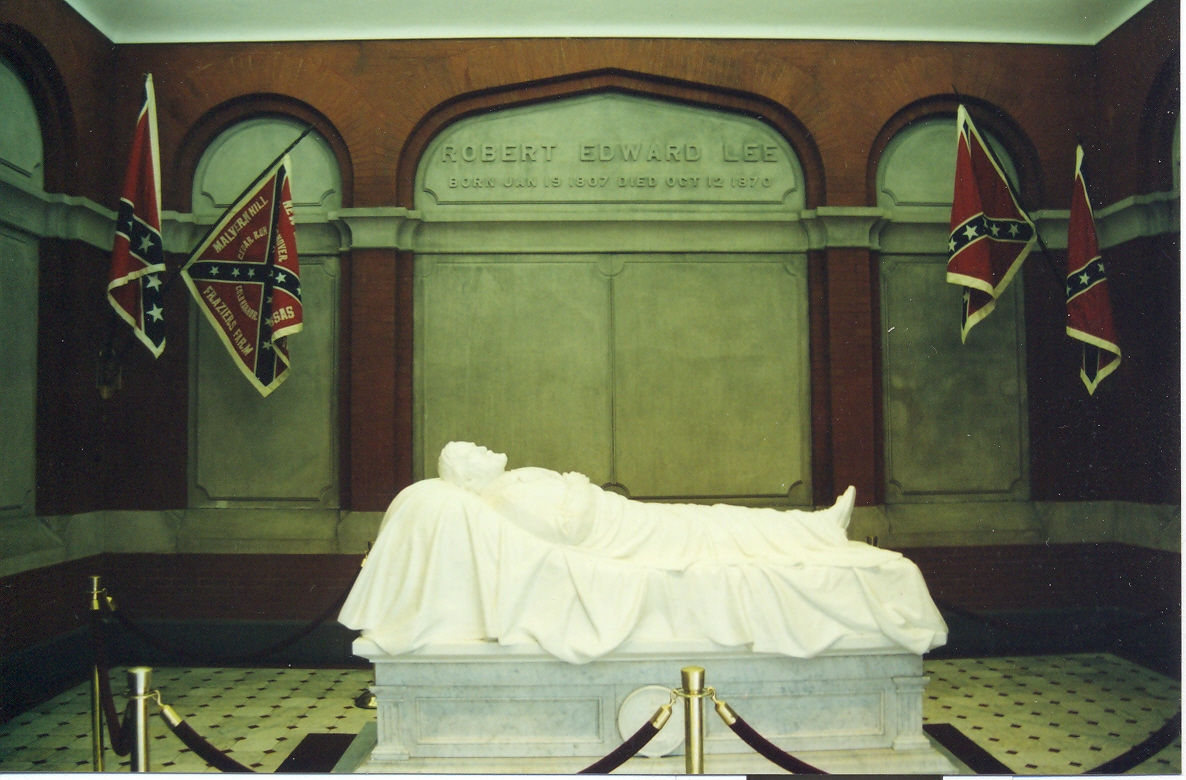 The private Virginia college also acknowledged that owning slaves for 26 years in the 19th century was "a regrettable chapter of our history."

But Washington & Lee, named in part after the Confederate general who served as its president after the Civil War, isn't promising to cancel classes on Martin Luther King, Jr., day. (It commemorates the day now with speakers and service projects.) Nor will the university stop the Sons of Confederate Veterans from holding events in its chapel, as protests from a group of law students have demanded.

"I personally take pride in [Lee's] significant accomplishments here and will not apologize for the crucial role he played in shaping this institution," the university's president wrote, calling the Confederate army commander "an imperfect individual living in imperfect times."

Washington & Lee is more entangled with the history of the Confederacy than most colleges. It's also behind other colleges in Virginia in acknowledging that it benefited from slavery: the College of William and Mary and the University of Virginia, both public institutions, have both done so in the past eight years. (Some northern universities, including Ivy League colleges, have acknowledged their ties to slavery as well.)

But there certainly is nothing new about being late to dealing with the remnants of the Civil War. U.S. Route 1 in Virginia is still called the Jefferson Davis Highway. Mississippi didn't ratify the 13th Amendment, which banned slavery, until last year, and the state helped build a Jefferson Davis Presidential Library. At least 10 Army bases are named after Confederate generals, and more than 50 US counties are named in honor of Confederates.