Share All sharing options for: Foreigners are buying US real estate at a staggering rate — and it's rising fast

Foreign homebuyers are widely discussed these days — particularly in the New York-based media where the specter of Russians scooping up Park Avenue real estate looms large. A new report from the National Association of Realtors confirms that there's been a surge in international real estate purchases, but also undermines many of the common claims made about the buyers.

First, the surge. In the period from April 2013 to March 2014, foreigners bought $92.2 billion worth of American real estate — up 35 percent from the previous year. 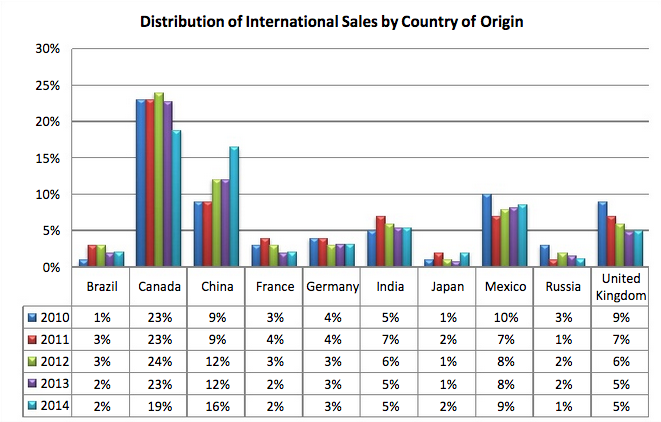 The largest source of foreign buyers by far is the not-very-exotic land of Canada. Another big one is our other neighbor, Mexico, and the rather banal United Kingdom (the Canada of Europe). And the increase in the number of foreign buyers over the past few years is entirely attributable to a surge of Chinese buyers of American real estate. Russians are a small and shrinking share of the market.

The buyers, meanwhile, are largely headed to Florida. Florida's a nice place for a vacation and lots of Americans of means buy second homes there, so why should foreigners be any different? The warm climes of California, Texas, and Arizona also attract a lot of interest. The Manhattan pied à terre concept is much less popular. 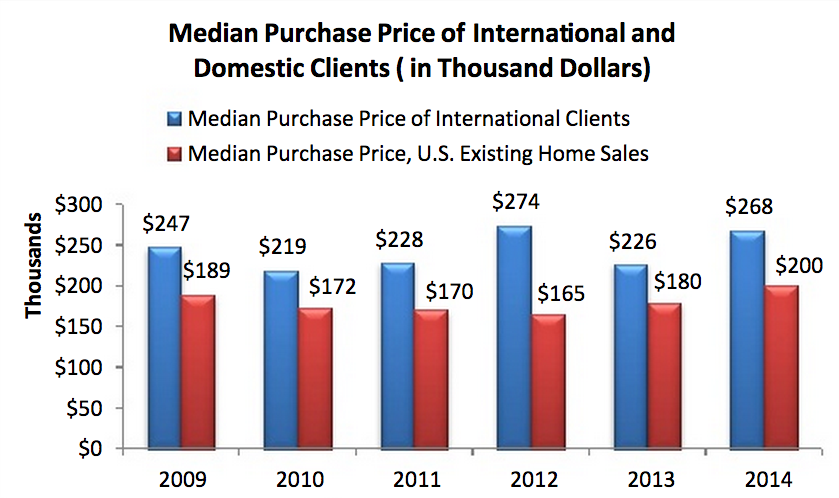 Last but by no means least, the homes these foreigners are buying aren't necessarily extravagant. The $268,000 median price paid by a foreigner is more than what the typical American spends, but it's not crazy high either. There are clearly foreigners participating in the super-luxury real estate segment, but just as with Americans that segment is a minority of the market.