There's no such thing as an "uncontacted" tribe, but isolated tribes are in danger

Share All sharing options for: There's no such thing as an "uncontacted" tribe, but isolated tribes are in danger

This week, news came out that a so-called "uncontacted" tribe in Brazil approached a group of government officials in the country's Acre state, near the Peru border. They contacted officials from FUNAI — the country's agency that handles groups of isolated tribes — on June 29.

Many readers are likely struck by the surprising idea that there are still uncontacted tribes in existence in the first place. But the truth is few tribes, if any, are truly "uncontacted" — and this particular group has likely had several instances of contact with other groups over the past century.

The proper term for this sort of group, anthropologists say, is an "isolated tribe." This distinction is important because they're often intentionally avoiding continued contact due to mistreatment by Western groups.

In this case, they probably fled to the Acre region specifically to avoid the rubber tappers that began hunting and enslaving people in the Amazon in the late 1800s. This group, which isn't known by any specific name by outsiders, may be the same one photographed from aircraft in 2008.

But the fact that they've had some contact with the outside world doesn't protect them from from a grave threat: disease. Because they've been largely isolated, they lack immunity to all sorts of infectious diseases — the reason that, for many isolated tribes, the initial sustained contact with the wider world is usually devastating.

The history of Brazil's isolated people

There are still a few hundred groups of relatively isolated people around the globe, mostly in the heavily forested, remote areas of South America, India, and New Guinea. The Brazilian government estimates that there are about 70 groups currently in the country, with especially high numbers near the Peru border. 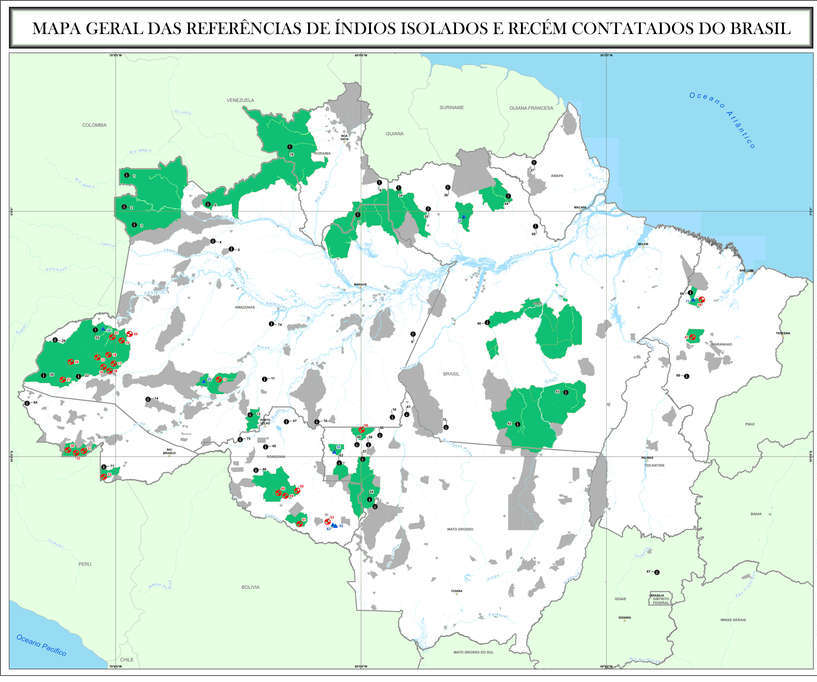 The vast majority of these groups, like the one that emerged last week, have previously had some contact with the outside world, and are choosing to remain isolated from it. During the first few decades of the 20th century, the rubber trade brought slavers and infectious diseases to the Amazon, eradicating many tribes and forcing others to flee their lands.

for most of the 20th century, brazil carried out a policy of forced assimilation

For most of the rest of the 20th century, the Brazilian government (along with Colombia's and many other countries') mainly carried out a policy of forced assimilation, seeking out isolated groups it judged to be in the path of forthcoming development. Beginning in 1987, when it established a Department of Isolated Indians within FUNAI, it embarked on a new strategy: setting aside pieces of territory for these isolated groups, such as the Javari Valley Indigenous Land, and honoring their wishes to be left alone.

But many outside groups have still illegally encroached on these tribes' territory, often as part of logging, drugs trafficking, and ranching operations. Some groups have even forcibly sought out contact in the name of proselytizing. In the 1980s, for instance, the Florida evangelical group New Tribes Mission entered Colombia's Río Puré National Park and contacted the 1,200-member Nukak tribe, offering machetes and axes as gifts. The tribe members were soon ravaged by respiratory and other diseases, and the group is now living in poverty in a nearby city.

The ethics of contacting isolated tribes 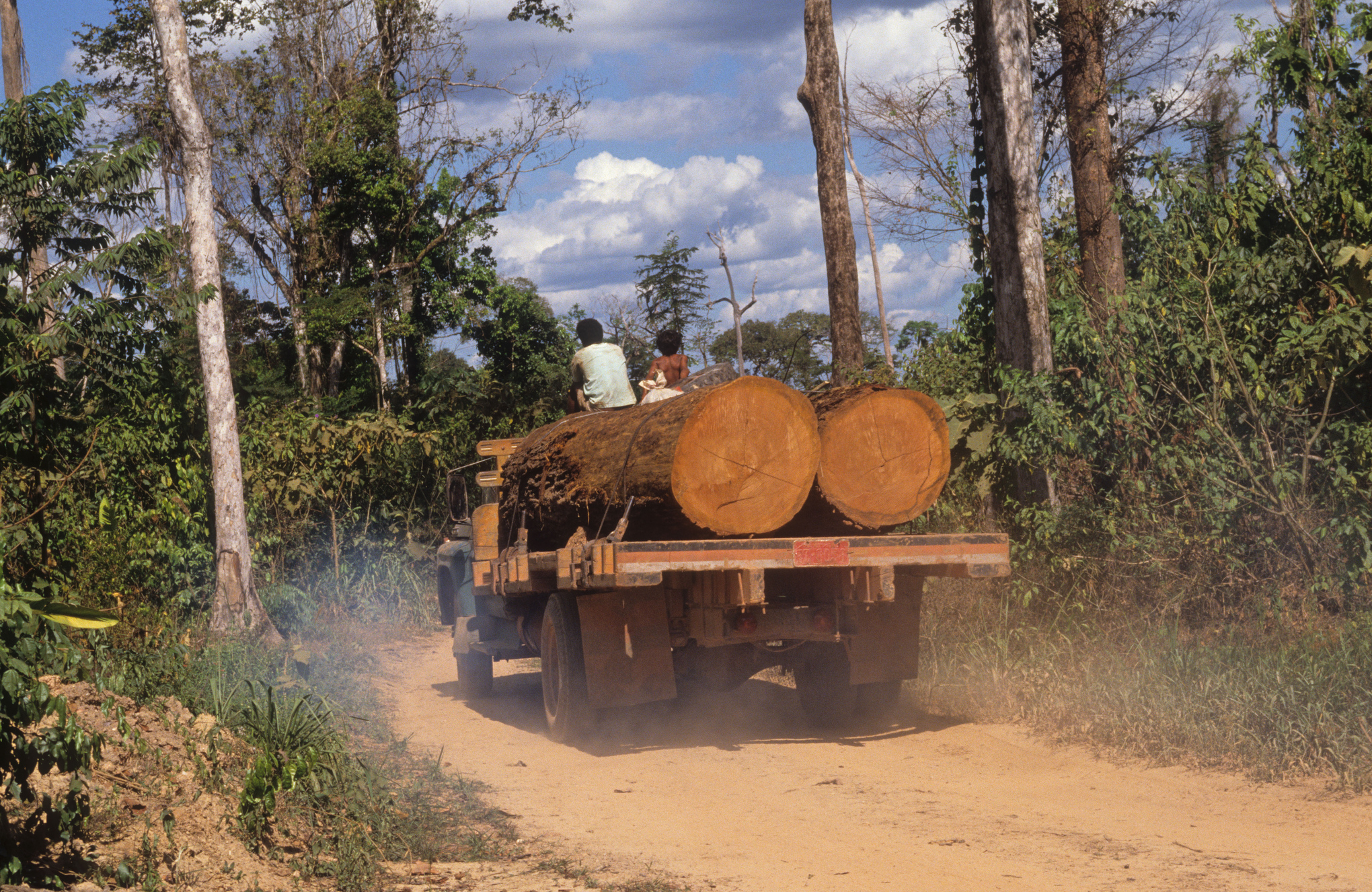 This sort of event explains why contacting isolated groups is such a fraught issue, even when they've previously had some historical contact.

The Nunak tribe's experience is no exception: a recent study of 238 isolated groups in Brazil that went through this sort of contact shows that the vast majority suffered immediate population collapses, with declines averaging 43 percent within the first decade after sustained contact. A lack of immunity against a huge range of bacterial infections and viruses is partly to blame, as well as a lack of genetic diversity within small groups that have been mostly isolated for centuries. Even well-meaning officials bringing medical care can unintentionally carry lethal diseases like measles and influenza.

Apart from disease, there are also more complex issues at stake in cases where an isolated tribe begins sustained contact with outsiders. The members that do survive often undergo dramatic — and destructive — changes in lifestyle afterward.

This is why, for the 70 or so remaining isolated tribes (many of which have been observed from aircraft and tracked by authorities for years), Brazil has taken a policy of no intentional contact, unless the tribe itself is directly threatened.

This was the case during the last intentional contact mission, in 1996, when FUNAI began sustained contact with a group called the Korubo people based on fears that they were straying too close to the border of the Javari River territory and engaging in conflicts with the local, non-indigenous population. Since, the agency has provided immunizations and health care to the group, but has maintained their relative isolation. It's not widely known how the group has fared, demographically or otherwise.

It seems the new group in Acre may have contacted FUNAI officials in response to a similar sort of turmoil in their area, near the Upper Envira River. The officials speculate that they may have experienced recent encroachment from illegal logging or the cocaine trade, prompting them to migrate and come into conflict with other groups. During June, villagers in the region reported several raids on their crops by unknown tribal members, leading FUNAI to send officials into the area, who were then contacted.

FUNAI will likely attempt to maintain tribal members' privacy in the coming years, while potentially administering immunizations and other medical care at some point with their consent. Careful medical screenings of anyone who comes into contact with them will be extremely important. Still, even if everything is carried out properly, this group is now in a precarious and potentially dangerous position.