A new Census report confirms a few longstanding childbearing trends: women are having children more and more outside of marriage, and more educated women tend to have children later. But it also shows something more surprising: the share of children born into poverty is large, and it may be getting worse.

In 2012, more than one in four women having kids — nearly 28 percent — were living in poverty that year. That's up markedly from 2008, when the share was only 25 percent. By comparison, only around 15 percent of Americans were in poverty altogether that year. 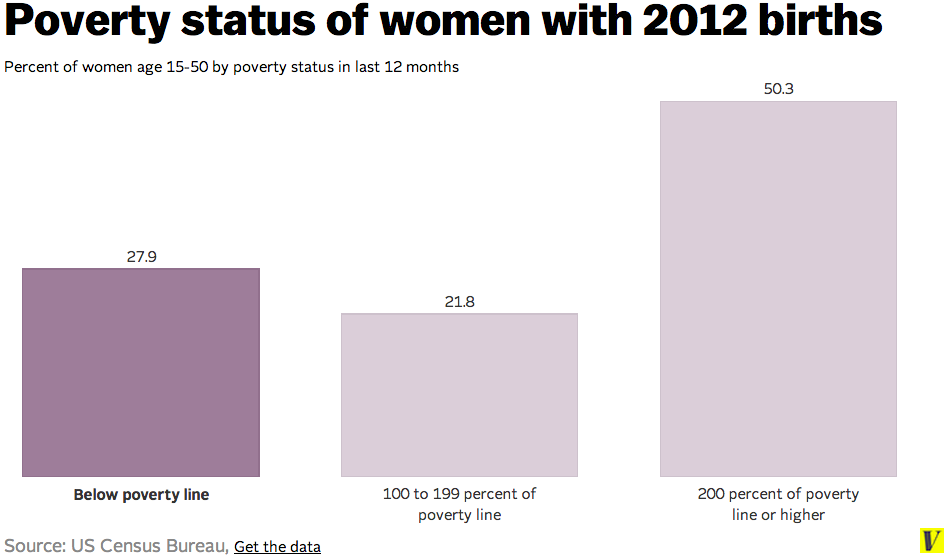 As of 2012, the poverty threshold for a two-adult household with no kids was around $15,400 and nearly $12,000 for one adult with no kids (assuming householders were under 65). That share of children born to women living below the poverty threshold was high compared to fertility rates among higher-income women. Among women in poverty in 2012, there were 82 births per 1,000, compared to 63 for women at 100 to 199 percent of the threshold and 45 for women at twice the threshold or higher. 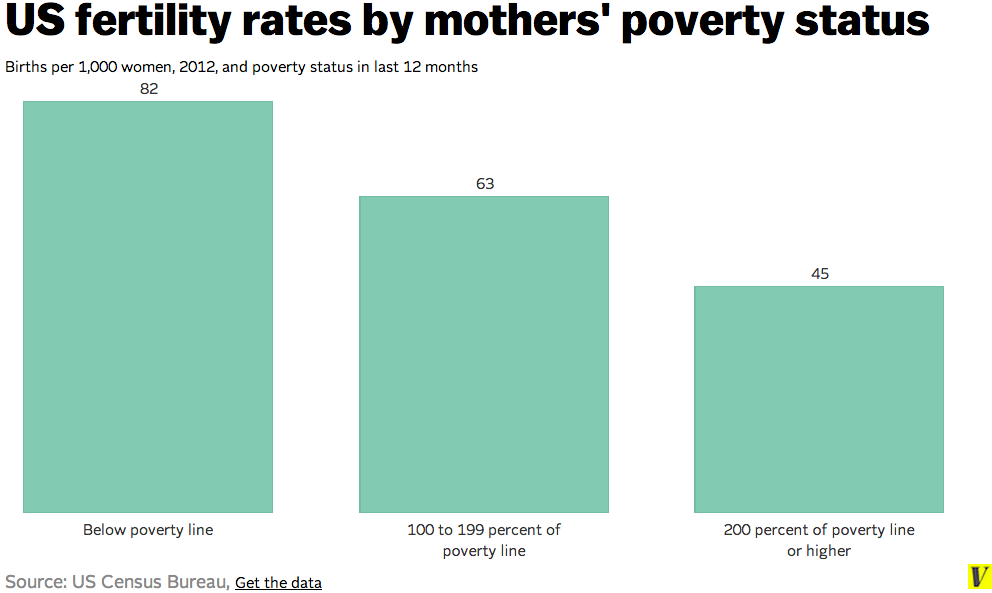 The new figures on poverty go hand in hand with other poverty trends in the US. Women in southern states, where poverty is high, are more likely to give birth in poverty than women in many other parts of the country.

what this means is a lot more american babies being born into poverty, meaning a lot more kids who have that much farther to climb up the ladder.

And the likelihood of being in poverty and having a child is also higher in certain parts of the country — particularly the South, where poverty is heavy, but also the Rust Belt, the Southwest, and Montana. 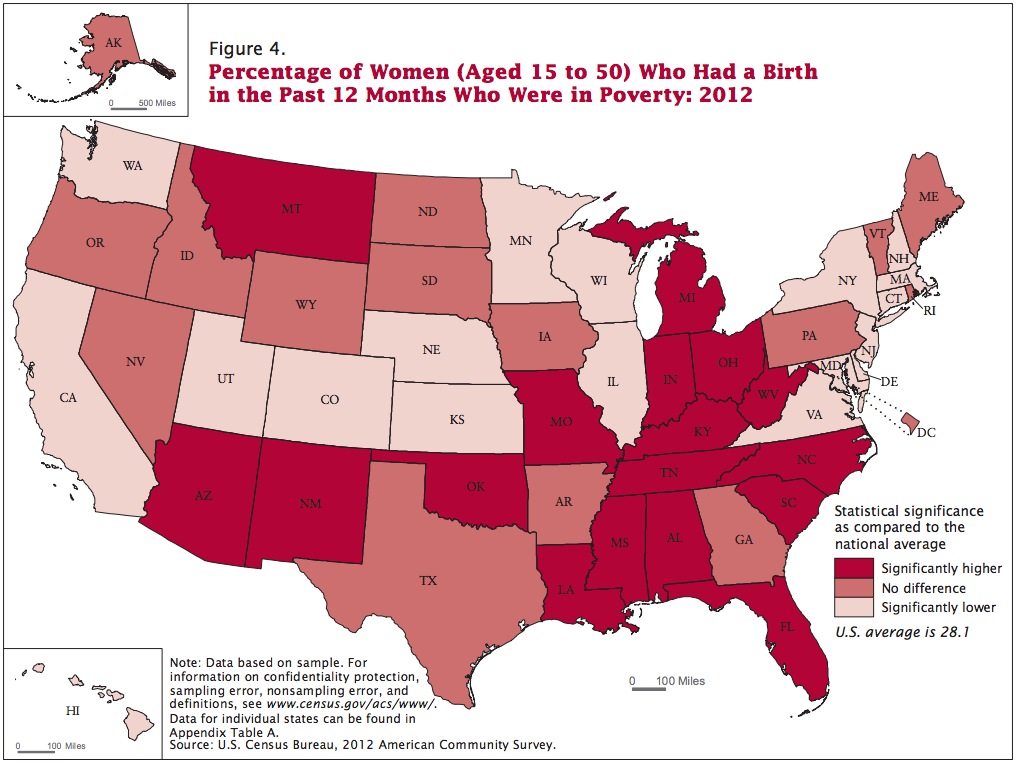 What this means is a lot more American babies being born into poverty, meaning a lot more kids who have that much farther to climb to get even into the middle class. Being born into poverty puts children at an enormous disadvantage. These kids are more likely to face financial hardship as adults and even, possibly, more health problems, including mental illness.