Here's the biggest company in every state

Share All sharing options for: Here's the biggest company in every state

What company dominates your state? It might not be all that big. According to this map, the results range from a tiny mining company worth just over $1 billion to the world's largest retailer. 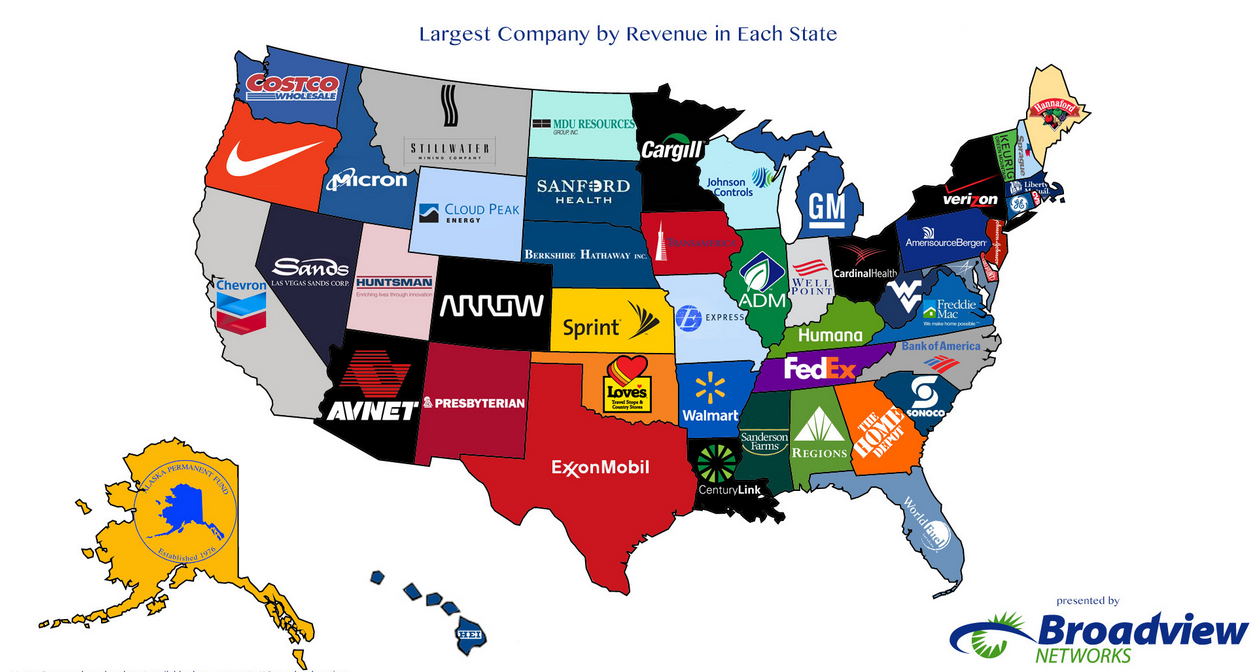 The map, based on companies' size by revenue and which states they are headquartered in, comes from the blog of Broadview Networks, a telecommunications company that serves the Northeast and Mid-Atlantic.

Aside from being fascinating to look at, the map is a reminder that some states have an embarrassment of riches when it comes to major corporations, whereas others have relatively little in the way of major businesses. West Virginia University Hospitals, for example, only brought in $1.4 billion in revenue in 2013, but it is represented here, as is Stillwater Mining Company ($1.03 billion). Meanwhile, massive, better recognized companies like Amazon or Goldman Sachs are overshadowed by other major companies in their home states — Costco and Verizon, respectively.

One thing to keep in mind, though, is that this analysis of the largest companies in each state depends on what kinds of companies you count — the state-owned Alaska Permanent Fund Corporation, for example, is counted as the largest company in Alaska.