Harry Potter fans woke up to a pleasant surprise this morning. J.K. Rowling published a new short story with updates on the lives of the main characters of the past seven books on her fan site Pottermore.com. 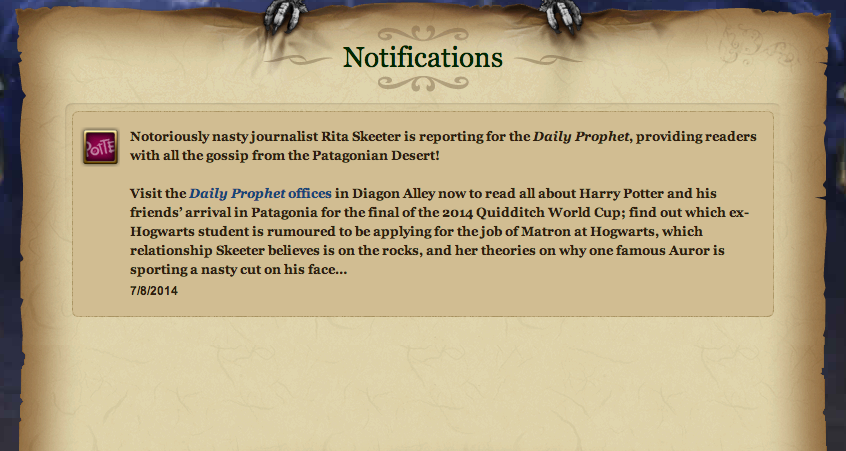 What's going on with Harry Potter and his friends?

"There are celebrities," the story begins, "and then there are celebrities." The story takes place at the Quidditch World Cup (which is conveniently timed with the real World Cup in Brazil) where the three most famous wizards—Harry Potter, Hermione Granger, and Ron Weasley—have arrived "no longer the fresh-faced teenagers they were in their heyday."

Harry, we learn, is still called "the Chosen One" by the wizarding world because of his dual encounters with the dark lord Voldemort: the first as a baby, and the last in the final battle of Harry Potter and the Deathly Hallows.  He is 34, starting to go gray, and still wearing the same rounded glasses of his youth. He brings his two sons, James and Albus, to visit the players and their mother, who is reporting on the matches.

There are even a brief appearances of a few important minor characters. Victor Krum—the man who competed against Potter in quidditch and almost seduced Hermione in Harry Potter and the Goblet of Fire—is now playing again in the World Cup. Neville Longbottom is married, and so is Luna Lovegood, who is still the manic-pixie dream girl of the Potter universe.Bill Weasley is married to Fleur Delacour.

Is any of this definitive?

It's important to note that the "newspaper story" has Rita Skeeter's byline on it. Rita Skeeter, in the original seven books is a yellow journalist  known for writing sensationalist gossip based off of false information. In the story, Rita questions Harry's marriage to Ron's younger sister, Ginny.  She wonders whether or not Ron and Hermione are jealous of Harry's success. She alludes to young romance between Harry's godsonTeddy Lupin and Bill Weasley's daughter Victorie, which was alluded to in the epilogue to Harry Potter and the Deathly Hallows.

By writing from Skeeter's perspective, Rowling is able to shed light on the lives of these three now adult wizards without having to answer very many questions firmly. There's nothing in this story that wasn't at least alluded to in the final book, and because it's written from Rita's perspective, no insight is given to the lives and feelings of some of the world's favorite characters.

This update comes in the midst of several articles published on the Pottermore site by the Daily Prophet about the wizarding World Cup. But Rowling does pack the story with a few lingering questions. Harry has a mysterious cut on his cheek that is attributed to Ministry of Magic secrets. That detail sets Rowling up to continue the story if she wants to. Whether or not this new scar will pain Harry as the first one did is open for interpretation.

J.K. Rowling published her new short story about the Harry Potter universe this morning on her fan website Pottermore. In 2011, J.K. Rowling launched Pottermore as a way to say thank you to her fans. In the introductory video, Rowling declared it "an online reading experience unlike any other." It was also the only place to purchase e-books and audio books.  The idea behind the site was that the digital generation could experience the books and participate in the story behind the written word.

The site was interactive, built for one of the biggest fan-bases in literature. The Harry Potter books were the best-selling book series in history selling between 400 and 450 million copies. The movies became the highest grossing series ever to be produced raking in $7.7 billion dollars worldwide. The launch of Pottermore allowed J.K. Rowling to maintain control over electronic purchases, but she also promised that she would "be sharing additional information I've been hoarding for years about the world of Harry Potter."  Here, three years later, is a piece of that story.

Does this mean J.K. Rowling is working on a new Harry Potter book? 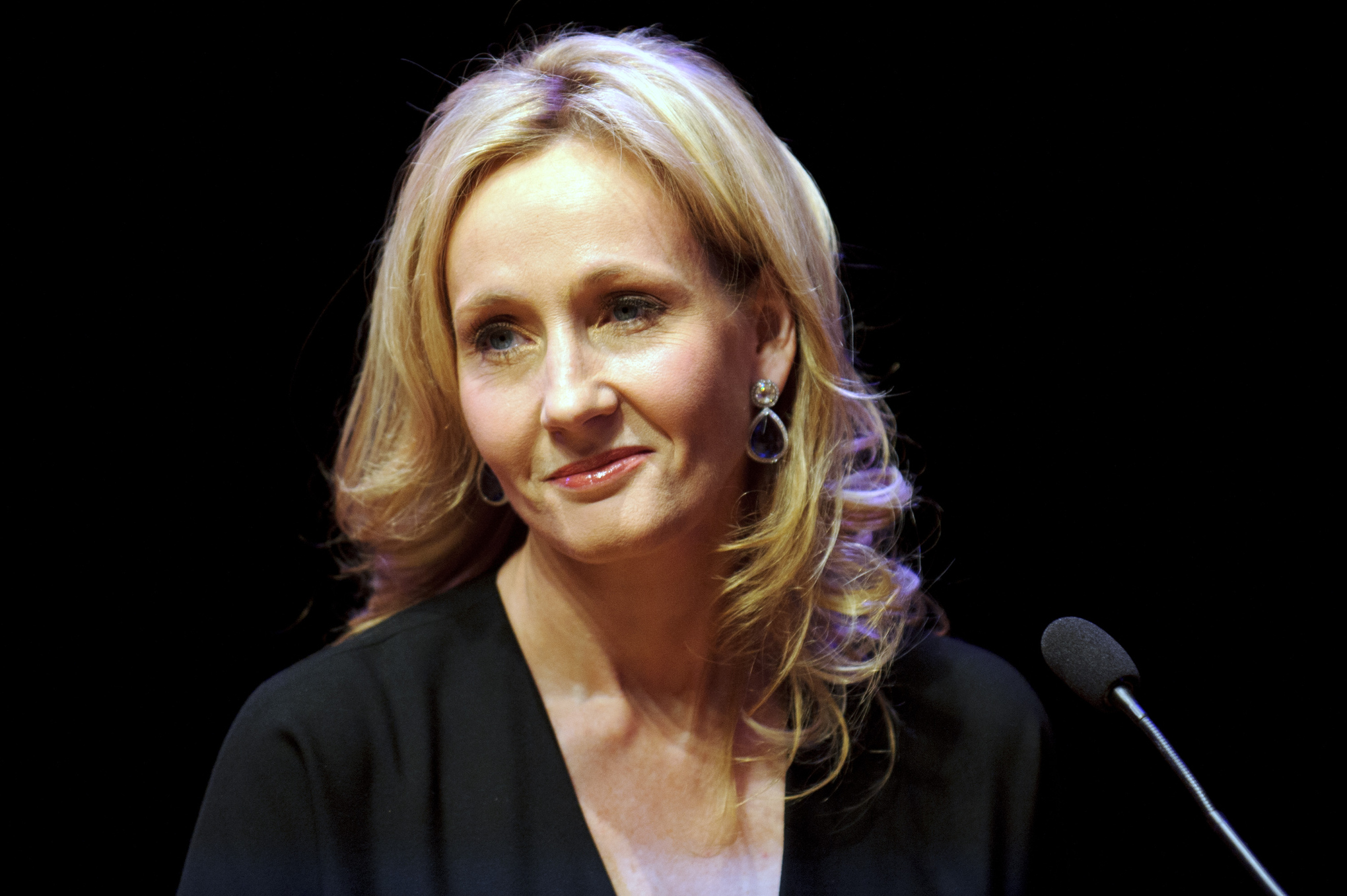 Image by Ben A. Pruchnie/Getty

Probably not. The final book in the Harry Potter series came out almost seven years ago: one year for every book J.K. Rowling wrote about the wizarding world. The story, however, is not over yet. At the least, this short story shows that Rowling is still interested in these characters.

Rowling has been busy since the publication of the last Harry Potter book.  In 2012 she published her first novel for adults, The Casual Vacancy, and in 2013 she published her first crime novel, The Cuckoo's Calling, under a pen-name. Her second crime novel, The Silkworm, was published last month. This short story, though, is the first time she has returned to her original characters. There's no new yet of whether or not there is more to come.