Why Detroit is cutting off tap water to thousands of people

Share All sharing options for: Why Detroit is cutting off tap water to thousands of people

The bankrupt City of Detroit's Water and Sewage Department cut off service to about 7,500 residents for unpaid bills in April and May and says the pace of cutoff notices has only accelerated in June. The situation is a tragedy for thousands of families, who worry both about the practical problems and social humiliation resulting from lack of water but also that they might lose their children to social services if they are deemed unable to bathe them properly. The problem has spurred bubbling outrage for the past several weeks, and even an intervention from a UN Special Rapporteur who deems the shutoffs "an affront to human rights."

How has it come to this?

1) The turnoffs are not a conspiracy 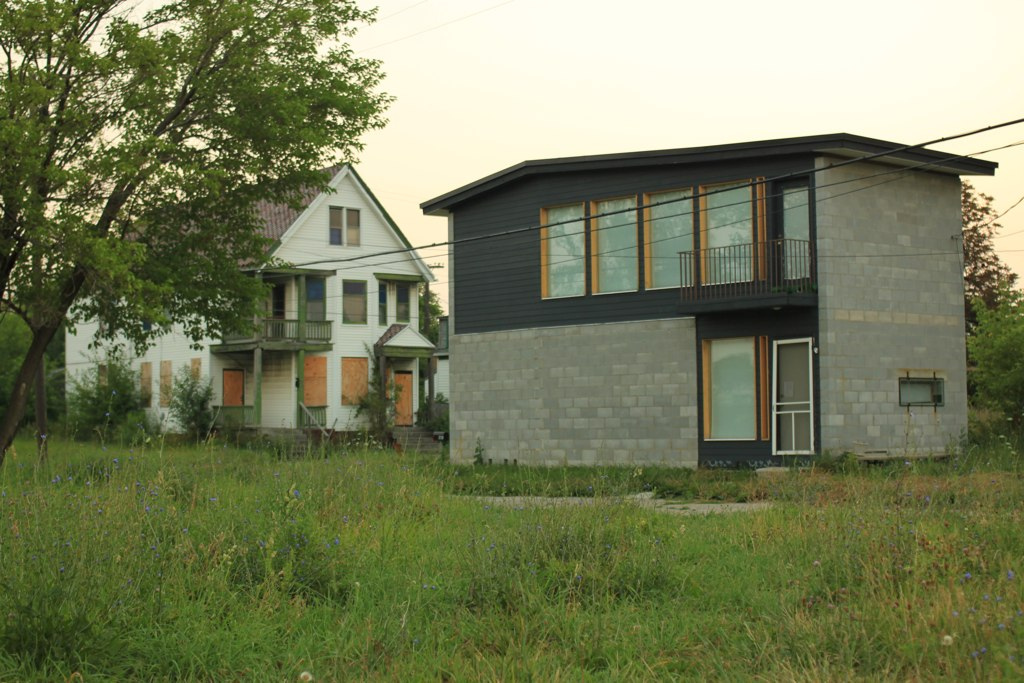 A Canadian organization called the Blue Planet Project has done a great deal to publicize the situation, and cites the Michigan Welfare Rights Organization for the view that the crackdown is "a ploy to drive poor people of color out of the city to facilitate gentrification."

The reality, however, is that the ploy is much simpler than that: DWSD would like more people to pay their water bills. The utility estimates that almost half of DWSD's customers are at least two months behind on their bill, with an average arrears of $560. They also say that about sixty percent of households served with notice of an imminent shutdown pay up. In other words, DWSD is turning people's water off because the threat of doing so works as a tactic to get people to pay their bills. 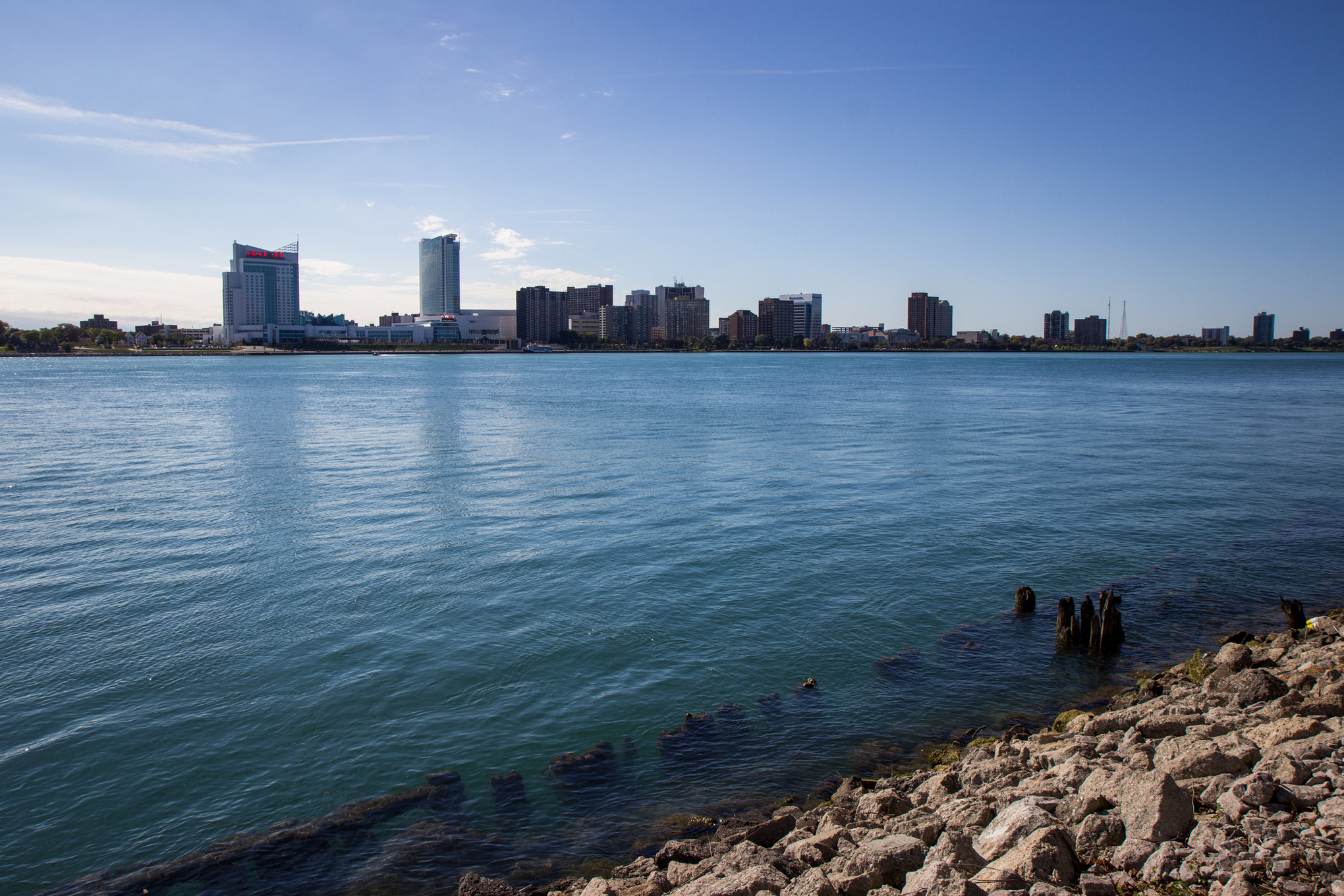 But another big part of the context is that water is expensive in Detroit. As Anna Clark writes, Detroiters pay about double the national average for water — with rates scheduled to rise 8.7 percent — despite living in a region where freshwater is plentiful.

3) Detroit's water infrastructure is a disaster 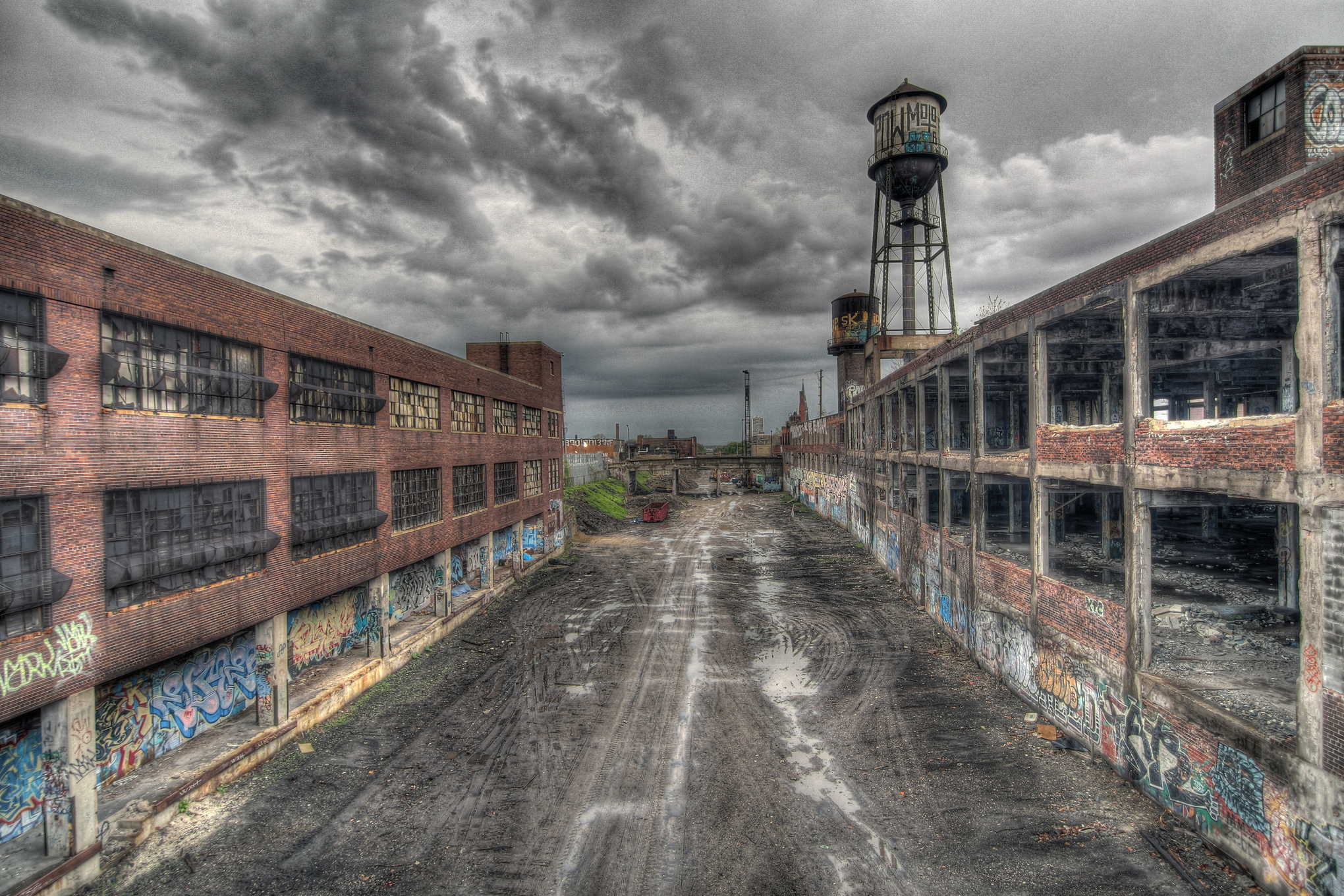 A December 2013 Associated Press article by Corey Williams can help you understand one reason why Detroit water bills are so high — the underlying infrastructure is a disaster with leaky pipes and vacant buildings causing the utility to spew water out wastefully. In fact it's such a disaster that Williams reported "city officials say they have no idea how much is being lost" to spills and broken pipes.

The city could drastically reduce its operating costs by incurring the one-time expenses necessary to upgrade its infrastructure, but that would require money Detroit doesn't have. Credit markets are supposed to finance useful investments for entities that lack current funding, but the DWSD is already almost $6 billion in debt and the city has filed for bankruptcy protection. Only by becoming more solvent first can the city possibly secure the funds necessary to improve the infrastructure. Hence the priority on securing cash now. 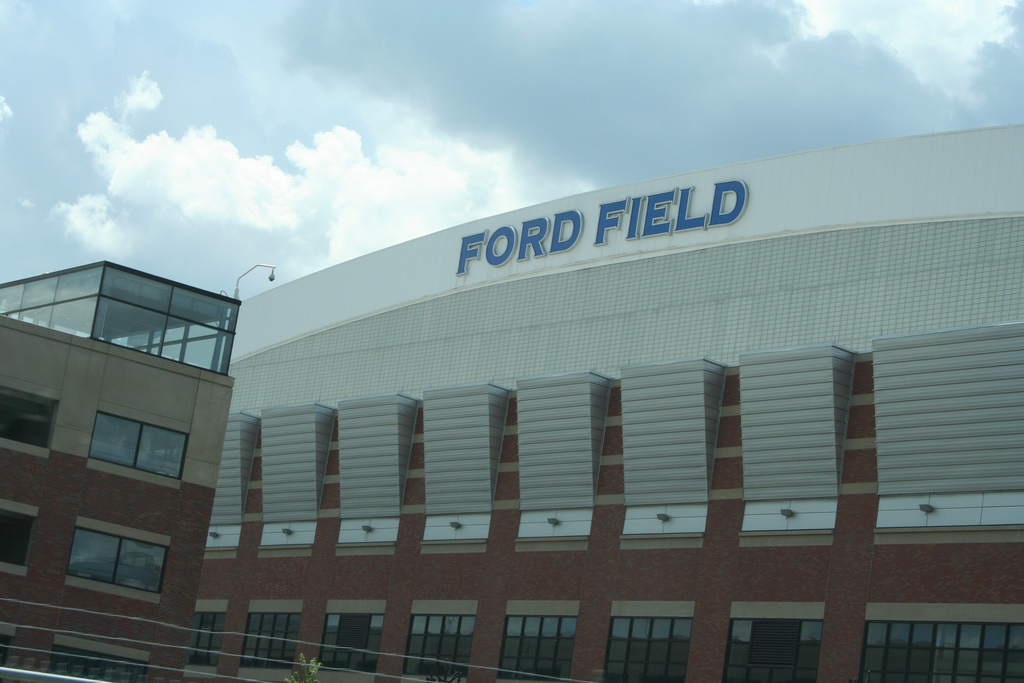 The biggest unpaid bills come from commercial sources, not individual households. Clark's op-ed focused attention on the idea that Joe Louis Arena and Ford Field are major debtors, but an April investigation by the local Channel 4 news team showed that the biggest unpaid bills actually derive from the City of Detroit itself. A random apartment building and some now-vacant structures are also way up there. The hockey arena and football stadium aren't facing immediate cutoff because they're paying their current bills while simultaneously disputing some older charges.

5) Detroit is trapped in a downward spiral 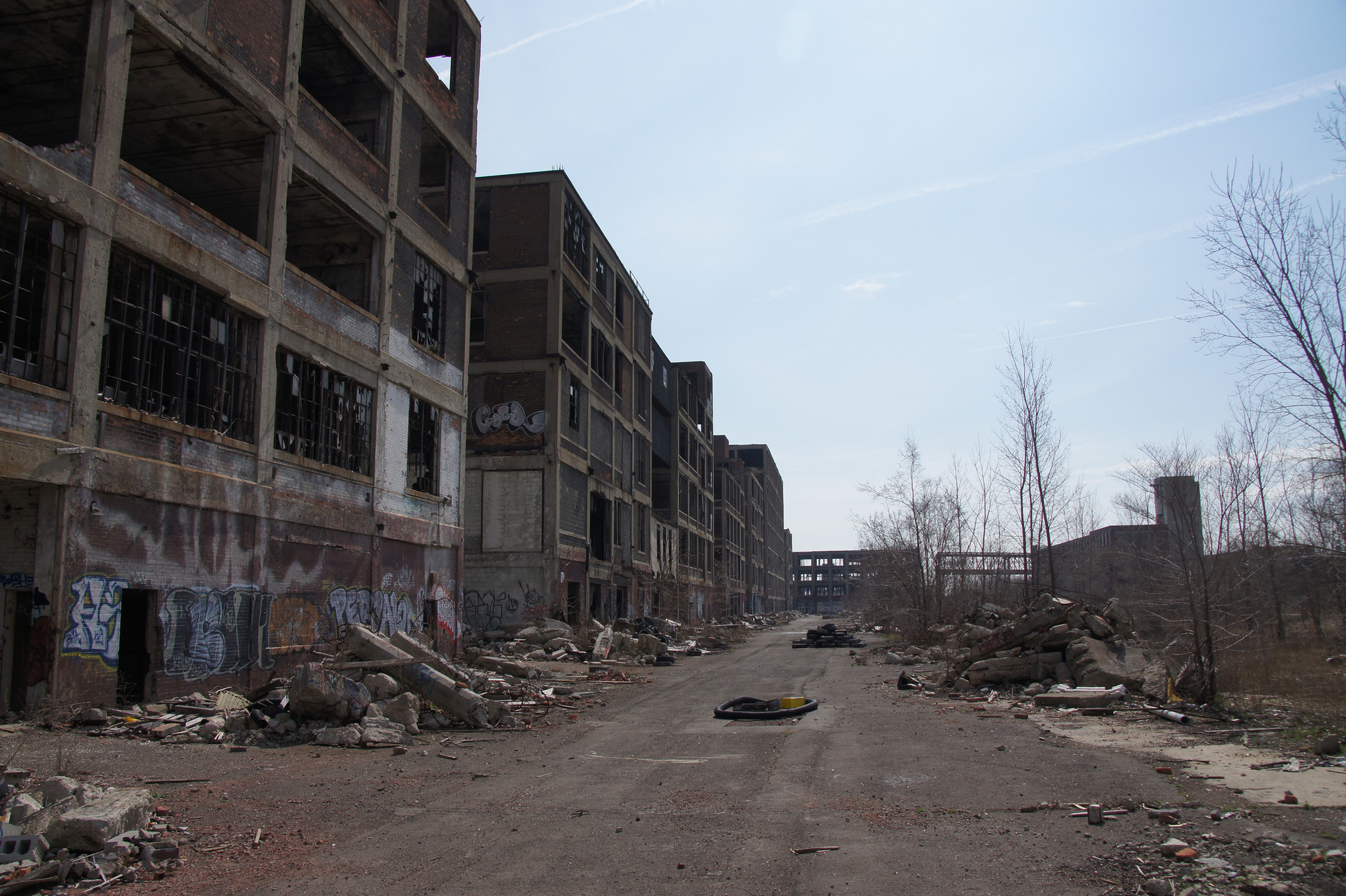 The problems of the water utility are, in a sense, a microcosm of the broader problems of Detroit. The city's water infrastructure was built to serve a much larger population than currently resides in the city (1.85 million in 1950 versus about 700,000 today). But all those pipes still need to be maintained, and pension and health benefits for retired workers still need to be paid.

Servicing all those legacy costs is expensive relative to the size of the city's current, diminished tax base. That means the basic value proposition — services received relative to taxes and fees paid — in Detroit is unattractive compared to what other cities (or even many nearby suburbs) can offer. This, in turn, tends to drive further population flight. Worse, the people left behind tend to be those lacking financial resources or useful social capital — further worsening the basic fiscal dynamic.

6) Other cities manage to deal with this

For all that Detroit is unique, the basic problem of water bills is common. Every city faces the same basic tradeoff — if you don't shut down water when people don't pay, then nobody will pay. But depriving indigent households who genuinely can't pay of water is inhumane and accomplishes nothing. Normal practice is to establish programs to assist needy households. In DC, for example, low income households are entitled to 400 cubic feet of free water while New York City has a range of programs targeting senior citizens and the disabled.

Many jurisdictions also run charitable or quasi-charitable initiatives where bill-payers can check a box on their bill to contribute to a local assistance fund. Clearly, a city whose poorest residents lack access to clean, healthy water is going to suffer serious public health risks and impaired economic opportunity on top of a humanitarian emergency. In other words, the basic problem is not unsolvable. But few cities have Detroit's level of outstanding unpaid bills, low-income population share, and legacy of mismanagement and poor oversight.