Share All sharing options for: 12 countries whose residents feel freer than Americans

According to Gallup, 79 percent of Americans are satisfied with the level of freedom in their lives. That's a lot, but it's not even close to the 94 percent that New Zealand scores. And yet the leaderboard is curious. It's mostly full of the kind of countries that lead all sorts of quality of life indicators, but also features a few weird ones: 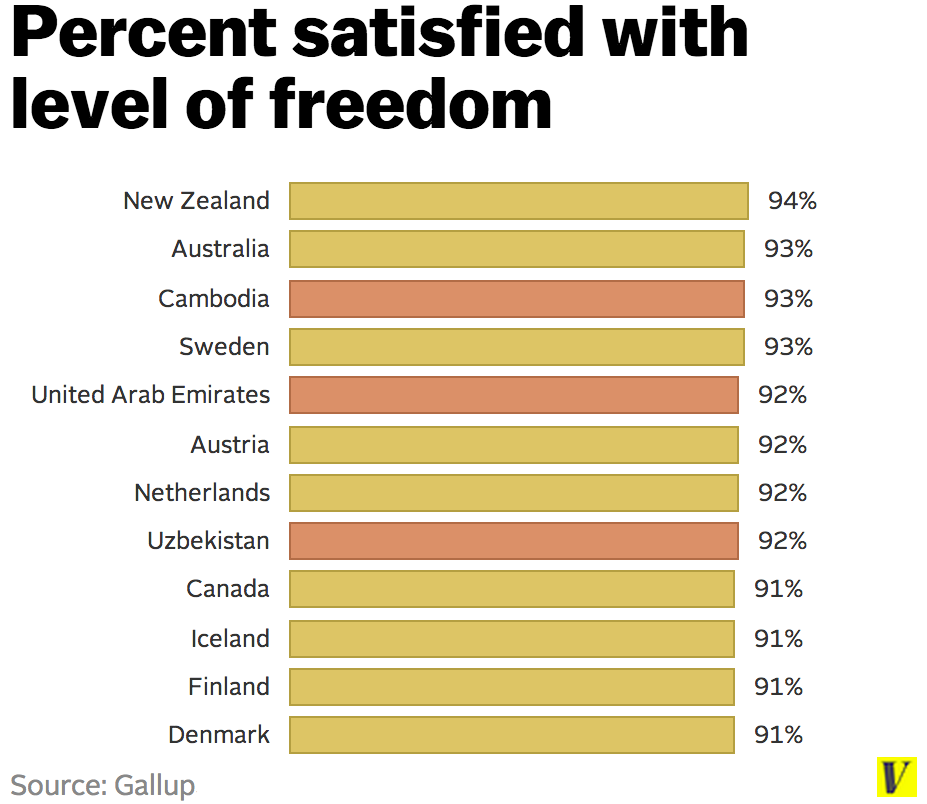 In Cambodia, widespread allegations of election fraud led to a months-long protest campaign early this year which was paired with violent repression. The present rulers were installed by the Vietnamese military after an invasion that threw out the Khmer Rouge. Freedom House says the government of Uzbekistan "suppressed all political opposition" and "the few remaining civic activists and critical journalists in the country faced physical violence, prosecution, hefty fines, and arbitrary detention."