Share All sharing options for: 3 maps that explain America

The United States of America is a young country, but it's also big and complicated and fascinating. It can be tough to distill all that down to a few maps, but here are three that capture the story of America about as well as anything. If you enjoyed this, please read our much more comprehensive 70 Maps that Explain America, which goes through everything from early colonization to slavery and its legacies to the history of American global power.

1) Watch America become the country it is today

This map shows the non-Native American political borders of North America from 1750 (by which point most of the continent had been claimed by European colonial powers) through today. There are lots of fascinating historical turns captured in this one animated map, but you already know how it ends: with the United States of America.

2) The most common ancestry in every county 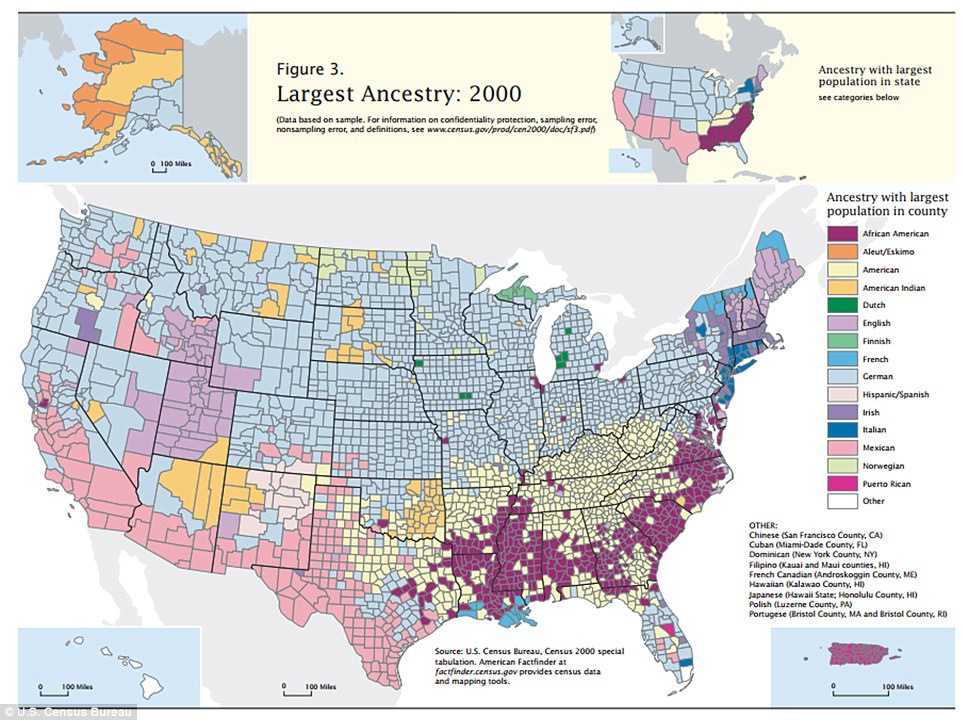 There's more, of course: the splotch of French ancestry in southern Louisiana and northern Maine, once parts of the French Empire; the Scandinavian ancestries common in parts of the upper midwest (that's Garrison Keillor country); and the Appalachia residents who consider themselves simply of American ancestry. There's much more within the county level, of course, particularly in coastal cities, where Asian and eastern European ancestries are particularly populous.

A less holiday-appropriate, but crucially important, story that can be glimpsed in this map and the one above it is this: the destruction of native communities and theft of native lands. Native Americans are not even included in the first map, as Europeans had already claimed most of their lands, though it would be another long, painful 150 years before it was fully taken from them. The second map shows that there are precious few remaining areas — marked in orange, mostly in Alaska and Oklahoma — where Native Americans are the largest group.

The vast size and ecological diversity of the North American continent, the third largest on Earth, has been central to its story since long before the United States existed. This map shows how North America's geography, climate, and wildlife have produced its different ecoregions, coded by color, from the wooded plains of the Northeast to the enormous semi-arid prairies at the continent's center to the plateau deserts of the Southwest. So much of America's history has been about movement — centuries of migration and settlement and, finally, agglomeration — and geography and ecology have greatly influenced how that played out.

The country's history has also often been about its tremendous resource wealth and over contests for its land: in the competitions among European powers, in the campaigns of conquest and genocide by colonists against native communities, in the rise of slavery to work the land, and eventually in the civil war that divided the country. America's geography is still crucial for it today: because it is effectively an island nation, it has been safer and thus freer to project power abroad, and its resource wealth has fueled its rise to global dominance.