Each state's Fourth of July song, in one map

Share All sharing options for: Each state's Fourth of July song, in one map

With songs and playlists for every occasion, it's only natural that there are certain songs that people turn to on the 4th of July, songs that they largely ignore the other 364 days of the year.

Over at Spotify, Paul Lamere, a director at one of the company's subsidiaries, put together a map that shows the songs people in certain states listen to on Independence Day, more than they do at any time throughout the rest of the year (a larger version appears here): 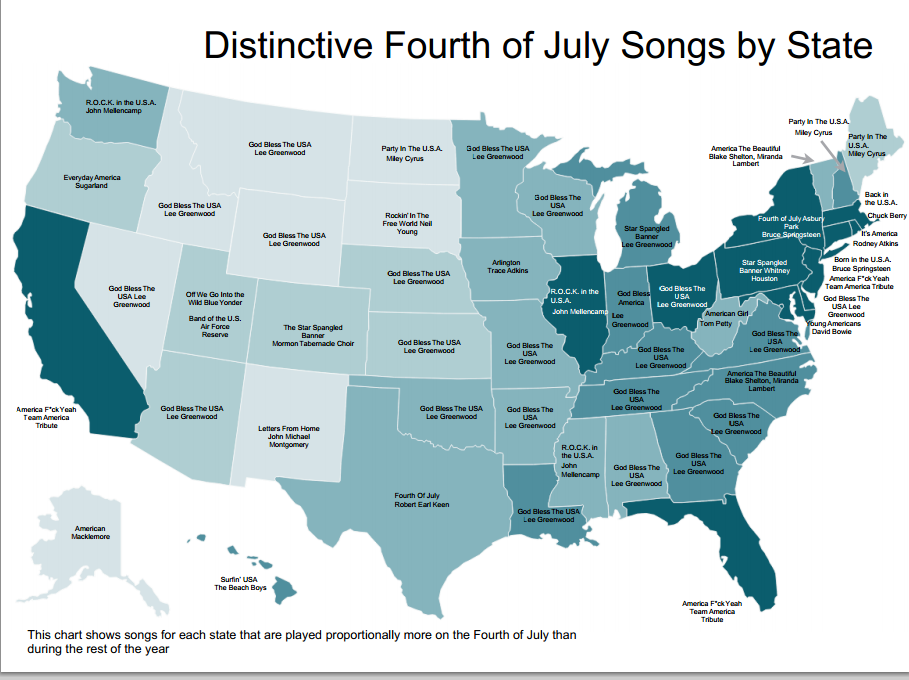 Here's a closer look at the West Coast and parts of Midwest: 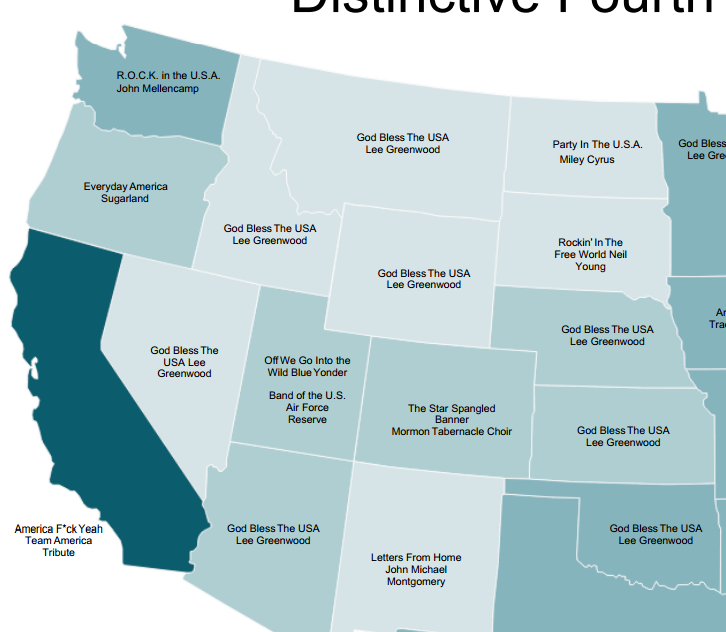 And a shot of the East Coast and the other states lopped off: 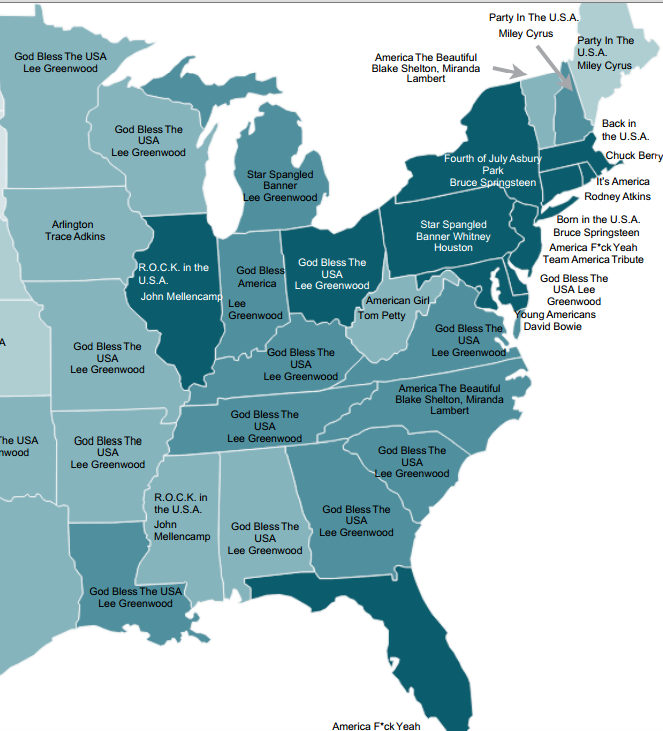 And some questionable song choices from Alaska and Hawaii: 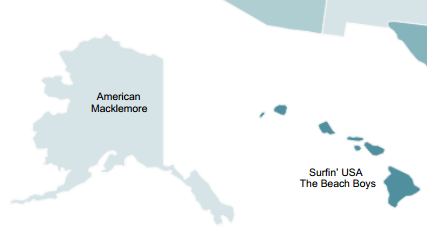 That's an impressive array of songs, ranging from Miley Cyrus to Lee Greenwood and Whitney Houston. And most of the songs seems to skew towards rock and country, meaning omissions like Kim Wilde's "Kids in America":

To say nothing of Kanye and Jay-Z's "Made in America":

To be clear, this map doesn't show the most popular song that's played on the 4th of July. (The clear winner in 46 states would be Miley Cyrus's "Party in the USA" Spotify says.) Rather, it shows "the one [song] that people in a particular state tended to listen to the most on the 4th of July relative to the rest of the year."

Here's the gist: these songs, for one reason or another, enjoy a spike in popularity on the 4th more than they do at any other time during the year. Not unlike the way we celebrate Valentine's Day or Christmas, there are apparently certain songs that embody certain people's sense of Americana. And those people must hear that song on the most American holiday of the year.

But what does this intense longing for these songs mean? What sorts of events are they playing at? A few wild guesses:

"Party in the U.S.A." by Miley Cyrus — probably played ironically at first, mostly at get-togethers cobbled by older millennials, but on the second go-around, there's full-on, earnest singing along and smiling. Lots of smiling.

"Star Spangled Banner" by Whitney Houston — the theme song for soccer-loving Americans waiting for the day that they will get to dance on the backs of defeated Belgians.

"Born in the USA" by Bruce Springsteen — the actual song that will play while Americans dance on the backs of defeated Belgians.

"America Fuck Yeah" by a tribute band on Spotify — played by people who wanted to hear the Team America song one more time but didn't want to sit through another YouTube commercial or pay for it. Probably enjoyed with a sense of ironic detachment.

"God Bless the USA" by Lee Greenwood — the last call/"Auld Lang Syne" of the 4th. Play this when you would like people to leave your shindig.

Perhaps the most American thing about these songs is our freedom to celebrate them genuinely and play them (on loop) while we shoot fireworks, grill animals in patty form, or just celebrate the 4th at home, while watching Kerri Strug and the 1996 Olympic gymnastics team take home gold against the Russians.